Some of the challenges officials continue to face when it comes to vaccinating people include misinformation, Ferrer told CNN at Ted Watkins Memorial Park, where Covid-19 vaccinations were underway.

“The most two dominant themes today are, ‘We don’t trust the government’s numbers, we think they’re not telling us the truth about the vaccine and how safe it is,'” she said.

“We have to work hard with all of our community partners so it’s not just government that’s saying how safe the vaccines are, but it’s the person at your pharmacy who’s telling you it’s safe, it’s your doctor, it’s your neighbor,” she said.

Benjamin Jackson was among the people who got vaccinated on Saturday. He said a local nurse provided him information about the vaccine and encouraged him to get a shot.

“We didn’t want to take the shot, we were scared,” he said. “They gave us a lot of information and I told her I was going to come down and get vaccinated.”

Officials across the country have doubled down on efforts to get more Americans vaccinated as the vicious Delta variant continues to fuel a surge in cases and hospitalizations.
To help curb new infections, safety precautions such as mask mandates are once again under consideration in parts of the US. Los Angeles County reinstated its mask mandate last week, and officials said they’ll keep it in place until Covid-19 numbers improve.

Cases across the US are rising sharply

The Delta variant, believed to be more transmittable and dangerous, accounted for an estimated 83% of coronavirus cases in the US for the two weeks ending July 17, according to data from the Centers for Disease Control and Prevention — a substantial rise from negligible numbers in early May.
Cases are rising sharply. The US averaged more than 49,300 new Covid-19 cases a day over the week ending Friday — a nearly 60% jump from the week prior, and more than four times the lowest average of 2021 (11,299 on June 22), according to data from Johns Hopkins University.

Every state reported more cases in the week ending Friday than they did the week before, Johns Hopkins figures show.

Health experts have repeatedly pointed to preemptive vaccination as the best way to get ahead of surges due to their proven efficacy, but CDC data Friday showed that the rate of vaccinations continues to slow. The daily average of people becoming fully vaccinated is the lowest it’s been since the end of January, when the US was just beginning to ramp up its vaccination drive.

Thirty states have yet to fully vaccinate at least half of their residents, with Alabama and Mississippi at less than 35% fully vaccinated, according to the CDC.

Guidance on mask wearing from the CDC — which in May said fully vaccinated Americans can shed their masks — has not changed, but CDC Director Rochelle Walensky said Thursday localities may want to make their own call.

“Communities and individuals need to make the decisions that are right for them based on what’s going on in their local areas,” she said. “So if you’re an area that has a high case rate and low rates of vaccination where Delta cases are rising, you should certainly be wearing a mask if you are unvaccinated.”

Mask mandates are met with opposition

Amid the rising numbers of infections, some state and local leaders are now recommending that masks to be worn indoors even by those who are vaccinated.

Health officials in Seattle and King County in Washington noted Friday that the Delta variant’s prevalence in the US was 1.4% on May 13 when the CDC lifted mask requirements for vaccinated people. Right now, Delta makes up 56% of King County’s known infections and the figure is expected to rise.

“I know this is frustrating and maybe disappointing to many, it certainly is to me,” Dr. Jeffrey Duchin, health officer for the Seattle and King County public health department said Friday.

“And I acknowledged that the change in communication,” he said, “has been a real problem nationally, but we in public health have an obligation to be realistic about the changing situation and provide the best guidance possible.”

Officials in St. Louis, Missouri, have gone one step further by instituting an indoor mask mandate at public settings beginning on Monday, joining Los Angeles County as one of the first areas in the country to reinstate such measures.

Missouri has one of the highest rates of average new daily cases per capita, according to Johns Hopkins University data.

“The new rule will require everyone age five and over, including those who are vaccinated, to wear a mask. Wearing masks outdoors, especially in group settings, will be strongly encouraged,” according to a statement from the mayor’s office. Exceptions are included for those seated and eating at bars and restaurants.

“We’ve lost more than 500 St. Louisans to Covid-19, and if our region doesn’t work together to protect one another, we could see spikes that overwhelm our hospital and public health systems,” said Dr. Fredrick Echols, acting director of health for the City of St. Louis.

However, Missouri State Attorney General Eric Schmitt said on Friday that he will be going to court to stop the requirement.

“The citizens of St. Louis and St. Louis County are not subjects — they are free people. As their Attorney General I’ll be filing suit Monday to stop this insanity,” Schmitt said in a statement on Twitter.

Officials elsewhere are also pushing back against proposed indoor mandates. Arizona Gov. Doug Ducey encouraged people in his state to get the vaccine, thanking “the miracle of modern science” but reiterated that he will not allow vaccine or mask mandates.

In Texas, Austin Mayor Steve Adler says if he could “order all children and teachers to mask without ending up in court” he “would do it in a heartbeat,” as Austin Public Health reported the daily average number of Covid-19 hospitalizations has more than tripled since July 4.

Texas Gov. Greg Abbott, however, issued an executive order in May prohibiting state governmental entities such as counties from requiring mask-wearing.

With the new school year around the corner — and vaccine access only available to those over the age of 12 — some districts are preparing for a return to classes with mask mandates.

Washington DC Public Schools, Boston Public Schools, and Wisconsin’s Madison Metropolitan School District are among those that recently announced the requiring of masks worn by students and staff inside school buildings.

Yet other locales, such as Texas and Iowa, have prevented officials from exercising local control by requiring masks.

Last week, California had announced strict statewide measures for masks in classrooms, yet changed its stance hours later and allowed for local decision-making. For now, the state will require masks but leave decisions on how to handle the enforcement of the mask requirement up to the districts.

“California’s school guidance will be clarified regarding masking enforcement, recognizing local schools’ experience in keeping students and educators safe while ensuring schools fully reopen for in-person instruction,” read the update, which was released via a California Department of Public Health tweet.

Correction: An earlier version of this story incorrectly described California’s requirement for masks in schools. The state will require masks but will leave decisions on how to handle the enforcement of the mask requirement up to the districts. 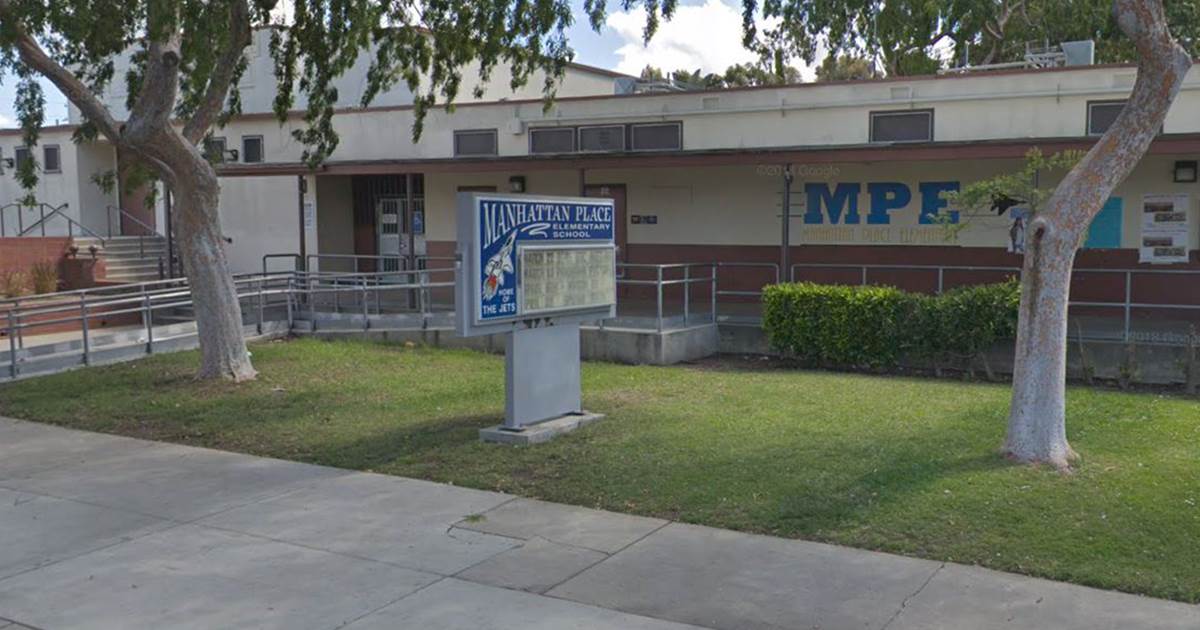 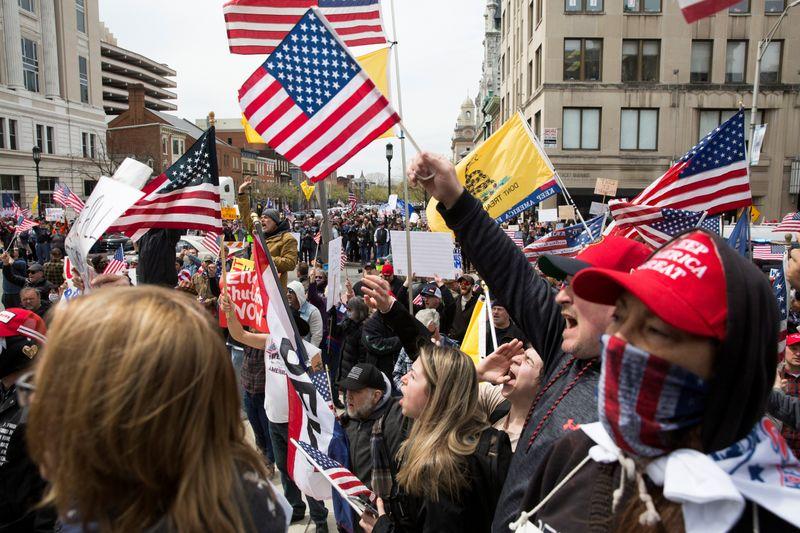 HARRISBURG, Pa. (Reuters) – The U.S. debate over restrictions for fighting the coronavirus intensified on Monday, as protesters labeled mandatory lockdowns as […] 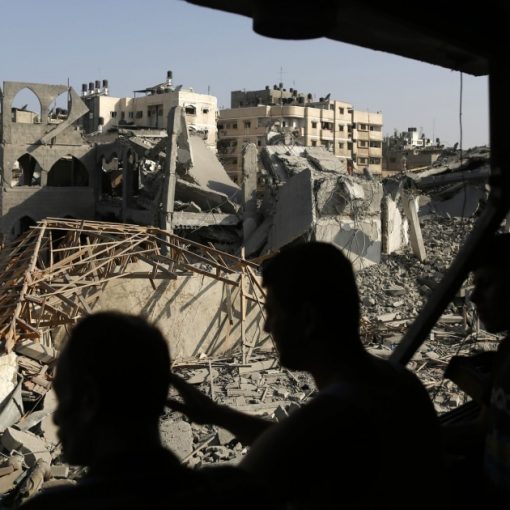 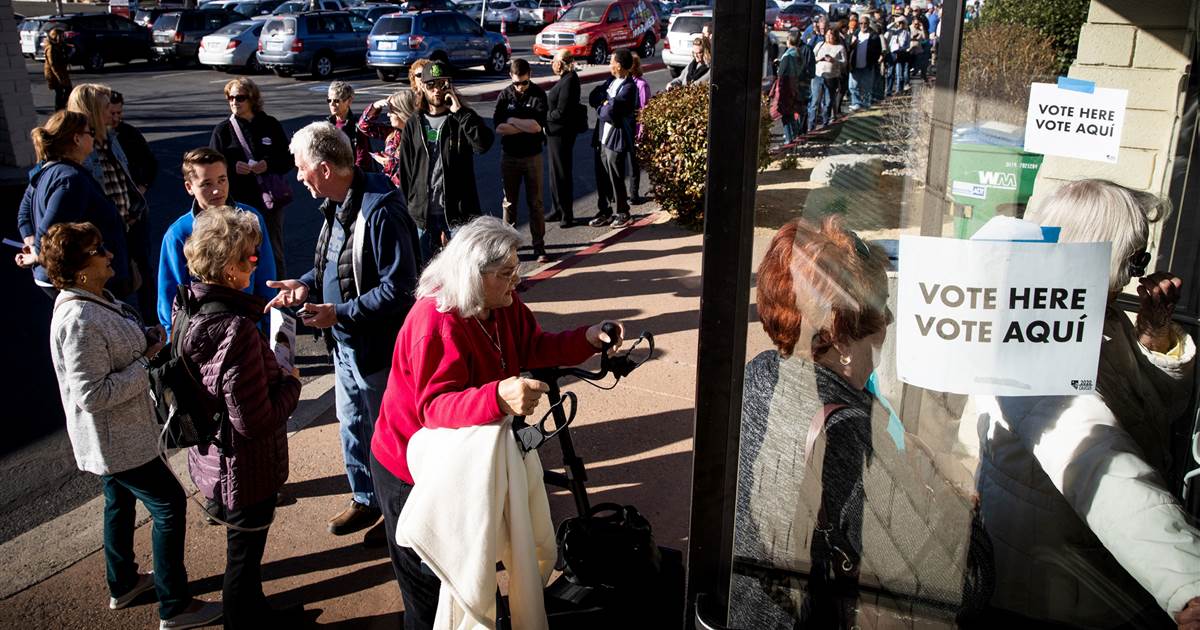 LAS VEGAS — A new early-voting system, high turnout and questions about a never-before-used digital tool being used to process results could […]