The idea that Asian players are signed for commercial reasons should be a bit noughties. There was much talk of Junichi Inamoto making millions for Arsenal when the Japanese midfielder arrived in 2001 but whereas his signing was big news in east Asian football circles, his departure after making no league appearances was barely noticed.

These days most in Europe surely recognise that imports from the east are usually pretty good (like players of all nationalities who make big moves overseas, some fail to settle while others thrive) yet the notion that they also have in their proverbial lockers equally impressive abilities to sell shirts and turn a hefty percentage of those four billion or so Asians into fans of their new club seems to persist.

An article in the Scottish media last weekend after Celtic recruited one of the biggest talents in Japanese football began: “New Celtic signing Kyogo Furuhashi can help the club make a fortune in Asia, football experts say. Analysts have told how the Japanese star, 26, will give the Hoops access to the massive ‘untapped’ Asian market.”

Such refrains may have faded but can still be heard whenever players from Japan and South Korea head to Europe –it would be the case with China too if they exported more talent – and this commercial baggage is not something that arrivals from elsewhere in the world are burdened with.

In the case of Furuhashi at Celtic, there is undoubted interest in Japan. The attacker leaves Vissel Kobe and the J.League as the top scorer and a genuine talent. He is also the first signing made by Ange Postecoglou, who has arrived in Glasgow from Yokohama F.Marinos, the club he led to the J.League title in 2019. In the space of a few weeks, two of the biggest figures in Japanese football have left for Celtic and the club’s progress will be followed in Kobe and Yokohama especially.

But the Japanese are not suddenly going to turn into Celtic fans – why should they? This is not, after all, Shunsuke Nakamura’s time. That playmaker’s move to Parkhead in 2005 was huge news because he was one of the first Asians to go to a big European club. Celtic moved quickly to set up a Japanese-language website, impressive in pre-social media days, and reporters quickly left Tokyo to set up camp in Glasgow to follow Nakamura’s every silky move.

Now however, there are dozens of Japanese players in Europe, many playing at a higher level than Furuhashi. With the J.League in action during rescheduled World Cup qualifiers in May, the national team coach Hajime Moriyasu simply selected a squad that was 100% Europe-based. There is no reason why more attention will initially be paid to Furuhashi than Wataru Endo of Stuttgart, Ritsu Doan at PSV Eindhoven or Maya Yoshida of Sampdoria, none of whom are making millions for their clubs in shirt sales. Elsewhere in Asia, an incredibly diverse continent, there is little reason for fans in China or India to notice, let alone care, that another Japanese player has gone to Europe, especially to a league that few have any interest in.

It is possible to turn general interest in Japan, South Korea or elsewhere into something more tangible but this is usually connected to on-field success and still needs hard work. Players must play often, play well and get talked about a lot by teammates, opponents and media (such stories do very well back home). Obviously, the bigger the league and the club, the easier and more lucrative it can be. Park Chu-young’s move to Arsenal in 2011 seemed to tick most of the boxes: a big star joining a big club in a big league but initial excitement in South Korea had long turned to annoyance by the time he left in 2014 after playing only seven minutes in the league.

Park Ji-sung’s seven years at Manchester United were different and undoubtedly helped the United brand and bank balance. ‘Three-Lung Park’ (that a skilful and technically gifted player became largely feted for his work rate and humility is connected to another east Asian stereotype that lingers) was a reasonably important player in a very successful team known around the world and that tapped into national pride, as did Kagawa’s first spell at Borussia Dortmund.

The exploits of Park, Kagawa and, of course, Son Heung-min, mean that there is more respect these days for the best that Asia has to offer. Furushashi could well add to that reputation, though it will have limited effect because although Celtic are a huge club, Scotland’s league is not seen in the same light. If he is a success in Glasgow then perhaps there will be a few compatriots rushing out to buy the famous shirt but it is much likelier that they will be debating which English Premier League club he should join. 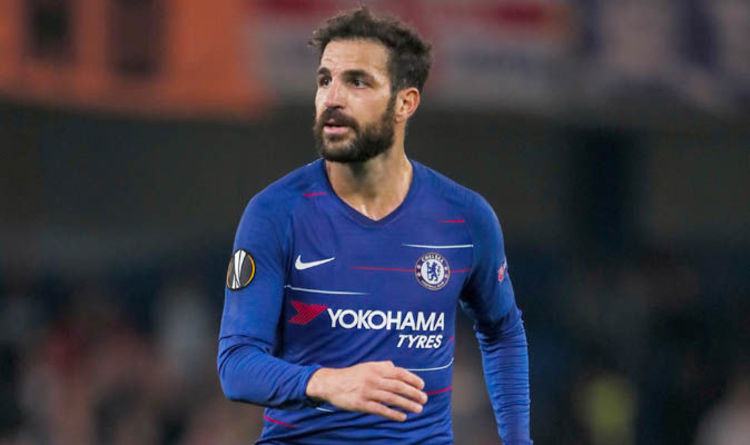 FIFA 19 was released last month and it seems the game’s makers have made it even more realistic than ever. So much […]

In May 2019, with Manchester City facing several investigations including one by Uefa regarding the alleged breaching of financial fair play regulations, […]

HAVANA (Reuters) – A 24-year-old student has become the first U.S. citizen to play in an official Cuban league in around six […]