With eight seconds of his Olympics remaining, at close to 10pm Tokyo time, Bradly Sinden was two points ahead of Ulugbev Rashitov and on course to become Team GB’s first gold medal of Tokyo 2020. Not to mention, aged 22, the first British man ever to win a taekwondo gold. Sinden is from Doncaster, the son of a single mother whose sacrifices – from the time and expense of all that junior travel to constant parental encouragement – he would speak about later, as a major part to his success.

Sinden has also spoken about making his own mark, growing the sport, becoming an icon and a role model. Like most Olympians, flowers that bloom in the dark and then appear suddenly in the nation’s eyeline every four years, those networks, plus his own talent and will, had led him to this point, eight seconds from a kind ultimacy.

At which point Rashitov did something extraordinary, executing a swivelling kick to the head and following up to the body, a four point gain to flip the trajectory of this final his way.

Sinden reacted, throwing kicks and punches. He was caught again, and then penalised, and ended up losing the Olympic final by five points. It added up to a seven-point, eight-second swing, and a devastating wrong turn at the last as the gold medal, and that other version of the immediate future, disappeared in a blur of of fast-twitch brilliance from his 19-year-old opponent.

As the final hooter sounded there was unbound joy from the Uzbeks, who lapped the fighters’ rostrum, trialing their flag. Sinden simply shook hands, turned and walked away. “I made a mistake, as he came forward I saw that he’d stumbled, and I didn’t think he would be able to attack and fair play to him he took advantage of that,” he said afterwards, still wearing his silver medal.

Sinden will be hugely proud of that achievement, and phlegmatic no doubt in a sport where such turnarounds are far from unheard of. He is already a world champion. He showed his talent and competitive will here. Afterwards he spoke about France in three years’ time. But those eight seconds at the Makuhari Messe Hall will remain unchanged, such is the beauty and also the cruelty of Olympic sport.

Earlier in the day at this vast warehouse complex on the Tokyo bay Jade Jones had lost in the opening round of her Olympic gold defence and was left looking stricken with disappointment by her own hesitancy, the failure to rise to the moment. Britain’s semi-quarantined Olympians have been desperate for some cheer, a gold medal from somewhere to lift the anxiety that has hung over these fraught and uncomfortable Games. As the day wore on it seemed increasingly possible Sinden could deliver that moment of illumination.

He was expected to reach the late stages here, but he did so in thrillingly ruthless style. New Zealand’s Tom Burns was eaten alive, the final score after two rounds an astonishing 53-8. Hakan Recber of Turkey was thrashed 39-16 in the quarters.

The semi-final was a tougher gig. Shuai Zhao, No 3 in the world, led 23-22 with 30 seconds left. But Sinden tends to score in streaks. Bouncing forward in a controlled surge of fury, he took the contest 33-25 and didn’t look particularly surprised or even that pleased to be marching off with a potentially life-altering final in the can.

He is an interesting fighting champion, and a break from the tendency of martial artists to look distinctly un-menacing until the hooter sounds and they switch into fight mode. Sinden is a little different. He looks – and there isn’t really another way of putting this – hard as nails, with a granite jaw and a chiselled profile.

He took up the sport in the footsteps of his older sister, and has credited Sarah Stevenson, also from Doncaster, and Britain’s first ever Taekwondo Olympic medallist back in 2008, as a pathfinder. “I was brought up in an area that was a bit rough and having people like that shows you that you can do what you want if you put your mind to it,” he has said. Just as important, her success led to to more money being released into the sport.

Sinden was travelling to international events aged 14, and already rising up through the assorted development levels. Two years ago that world title arrived in Manchester. The run to the final here had left him looking favourite to beat the world No 17.

But Rashitov was always a hugely-talented opponent, and already a victor here over the revered world No 1 Daehoon Lee of Korea, known in these circles as the Roger Federer of Taekwondo.

The opening round was cagey, and occasionally wild as both men unleashed some lightning attacks. Sinden looked more tense than he had previously. A rush of scoring in the final seconds left Rashitov 13-8 up at the end of the round.

The second round was also tense and scrappy. Rashitov was edging away. But a late precision three-point head-kick pulled Sinden back to 18-14 down.

There was more of the same in the final round as the score changed hands repeatedly, before a late, insistent surge of scoring took Sinden clear, to the whoops and shouts of his GB team mates scattered in the stands. Then came those final eight seconds.

For Manchester City there is hope, and its name is Kevin. It may take something miraculous for them to close the 11-point […]

“Not a smidgeon,” Daley Thompson exclaims when asked if he ever felt any doubt while becoming arguably the greatest British athlete in […] 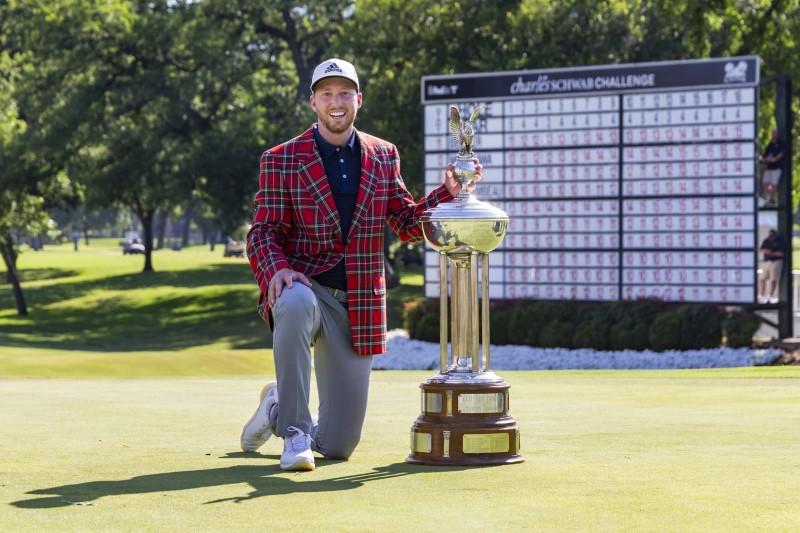