DALLAS — Guadalupe Torres of Mi Familia Vota stayed with Maria Cruz Meza for an hour at her doorstep, determined to get Covid-19 vaccinations for her and her husband and son.

Just five days earlier, the Centers for Disease Control and Prevention sounded the alarm that the country is entering a “pandemic of the unvaccinated,” as the delta variant of the coronavirus drives up Covid-19 cases and hospitalizations.

Cruz Meza, 54, said because of food and medicine sensitivities and her acid reflux, she has been nervous about her body’s reaction to a Covid-19 vaccination. But having heard about the newest coronavirus cases, she pushed those fears aside and welcomed Torres’ offer to schedule her for appointments.

“I’d rather have mild secondary effects than land in the hospital,” she told NBC News.

After a lengthy phone conversation with an area hospital, Torres booked the three appointments.

For years, MFV, a national organization, has sent workers and volunteers to Latino neighborhoods to register voters and persuade them to vote.

Now, the group is using its election canvassing methods to get more Latinos vaccinated.

The delta variant now accounts for 83 percent of new Covid-19 cases, according to the CDC. There are fears about what that means for Latinos, who were hit disproportionately by the virus.

Covid-19 has been on the rise all month in Texas, and hospitalizations are back to levels seen in March but not yet as high as they had been at the beginning of the year.

Meanwhile, vaccination rates have been slowing. A Dallas County mass vaccination site at Fair Park closed July 17, and the county is switching to smaller pop-up clinics there, the Dallas Morning News reported.

After falling short of a goal of partially vaccinating 70 percent of the American population by July 4, President Joe Biden announced July 6 that his administration is shifting from mass vaccinations to a more community-focused approach.

MFV’s work just started in Texas, and Torres is the sole staffer going door to door in the state. The group deployed 15 people in Nevada and 20 in California in January. MFV hopes to expand as more money is available to fund the work.

In Dallas, MFV is working on setting up pop-up vaccination clinics and partnering with a ride-sharing company to provide transportation for people who can’t get to an appointment.

Torres also has been visiting small Latino businesses in Dallas asking them to allow her to sign up their employees. Some have agreed, while others said they want to leave it up to employees to make appointments.

“While we are working in communities, we are frustrated that there is limited funding for the critical work of vaccinating our community right now,” said Hector Sanchez Barba, MFV’s executive director and CEO.

Evidence of the virus’s severe toll on the community is mounting.

Of more than 3,000 Hispanics surveyed by Pew Research Center in March, more than half said a family member or close friend had died or was hospitalized due to Covid-19. Nearly half said they lost wages or jobs because of the pandemic.

Hispanics, who generally have a longer life expectancy than most other population groups, saw a significant drop in life expectancy in 2020 — and 90 percent of that drop was caused by Covid-19, the CDC said this week.

“They are cutting their life span short if they are getting Covid,” said Dr. Armando Meza, chief of infectious diseases at Texas Tech University Health Sciences Center El Paso.

On Tuesday afternoon, the challenge of scheduling appointments door to door was evident as Torres visited a handful of homes on a central East Dallas neighborhood street.

Torres made seven appointments over about 2 1/2 hours.

She initially planned to book Cruz Meza for an appointment at a CVS drugstore, but she had to switch to a vaccination clinic run by Baylor Scott and White Health so Cruz Meza’s son could also be vaccinated.

Lining up the appointment over the phone required Torres to relay information between Cruz Meza and the hospital staffer in English and Spanish. There was confusion and delay when the hospital couldn’t match information Cruz Meza provided with what it had on file for her husband.

There was also a cultural disconnect. The hospital tried to verify the identity of Cruz Meza’s husband, Manuel Reyes Meza, by asking her for his middle name. Cruz Meza said her husband had no middle name, but after some back and forth, Torres established that the hospital was looking for “Reyes,” Manuel’s mother’s last name that, as is common practice for many Latinos, is part of his last name — not a middle name.

Although time consuming, the scenario showed how some people needing vaccinations may give up amid a confusing appointment registration.

Even when Torres wasn’t successful in getting an appointment, she was able to have conversations with unvaccinated people.

Paul Saldaña, 67, and his wife, Ana Saldaña, 62, told Torres they were vaccinated; Ana Saldaña said she did it for her grandchildren, and Paul Saldaña mentioned his weakened immune system from cancer and subsequent chemotherapy. They called a number they saw on television to make their appointments, they said.

But they said they had other family members and friends who needed vaccinations.

“Los jovenes no quieren jalar [young people don’t want to pull their weight],” Saldaña said, when it comes to vaccinations.

They called their daughter, Sara Saldaña, to the doorstep hoping Torres and Liz Magallanes, MFV Dallas coordinator, could persuade her to get vaccinated.

She listened as Magallanes explained that research on other strains of the coronavirus had been done long before the Covid-19 pandemic. Though she didn’t agree to make an appointment, she took a phone number and said she would think about it.

Torres said she’s driven to do the labor-intensive work because of her family’s experience with Covid-19.

Despite taking precautions of wearing masks and picking up groceries curbside, Torres, her parents, a brother, niece and nephew all were infected with Covid-19 last year.

Though none were hospitalized, her mother became very sick, and Torres had to take time off from her final year of college studies to take care of her family.

“We did everything in our power to not get sick, but because everyone in my family was still working, we did get sick,” Torres said.

When the vaccines became available, Torres said her parents didn’t hesitate, and her grandmother was the first in the family to get the shots.

“Although we were kind of scared to get it because it was just rolling out, we signed up the moment we were able to,” she said.

Their willingness started a snowball effect. Her uncle saw that her family members were vaccinated and decided “we might as well too,” Torres said.

Meza, in El Paso, said even members of his family, who he said are professionals with good educations, were hesitant to get vaccinated. Urging Latinos to protect their families may be the best approach to increasing vaccinations, he said.

“This is honestly unacceptable that so many people have died when the opportunity, you know, to stop it in its tracks is there,” Meza said. “Hopefully the community will take this message very seriously.” 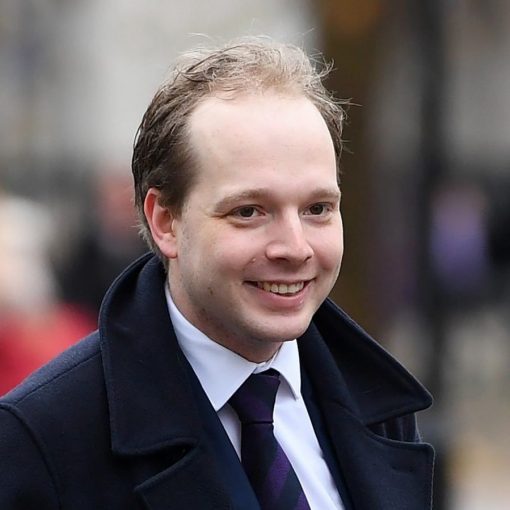 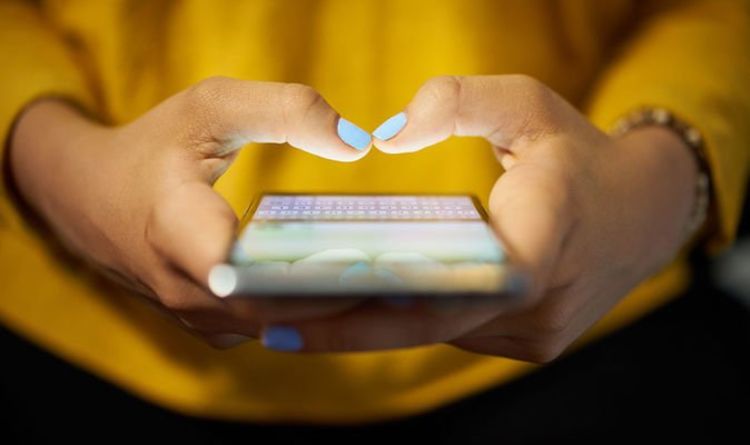 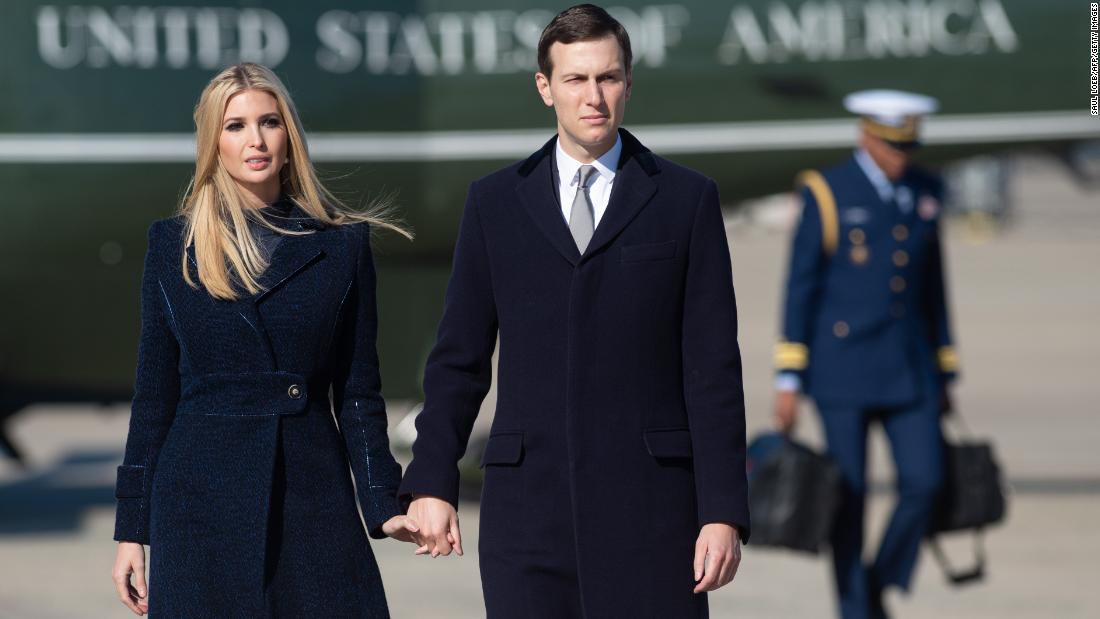 “Tonight we gather for a Passover without precedent,” she wrote. “The group might be smaller, and the answer to ‘why is this […] 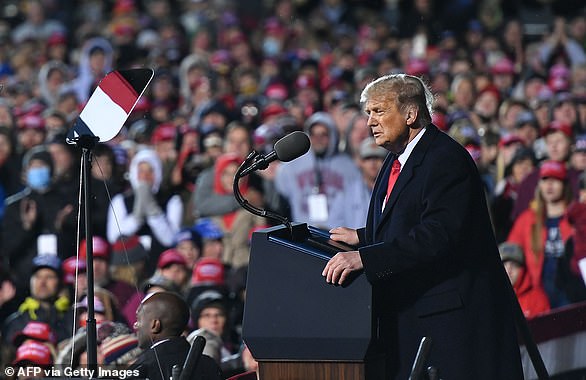 WHEN PRECISELY WAS HE DIAGNOSED WITH COVID-19?   We now have had three different versions of when Trump was diagnosed from the White […]