‘Put that knife away’: Moment Guardian Angels founder Curtis Sliwa, 67, steps in to de-escalate bust-up between crazed Bronx man and woman who pulls out a blade

By Adam Manno For Dailymail.Com

Video from the scene shows a man hurling racial slurs and making vague accusations at people walking by.

‘You never fed me!’ the man yells as Sliwa stands between him and passersby. ‘You and your father lied my wife!’ 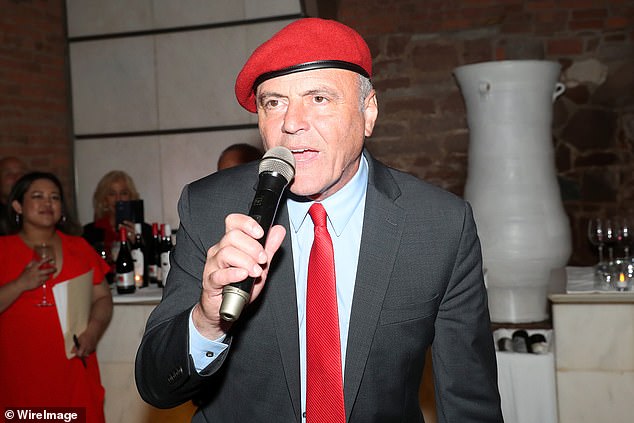 Curtis Sliwa, seen above at a fundraiser in Tribeca, founded the crime patrolling group Guardian Angels in 1979. He is the Republican nominee for mayor of New York

He is currently the Republican nominee for mayor of New York City, running on a platform of ‘refunding’ the police and increasing taxes on the wealthy so that ‘low and middle-income communities are no longer forced to subsidize the City’s wealthiest residents and neighborhoods,’ according to his campaign website.

Wearing his signature red beret, Sliwa tells the agitated man to ‘relax’ and tries to distract him by alerting him that he dropped his belongings.

The man’s focus then shifts to a woman walking with a toddler.

‘Sister, why’d you get your child out there trying to intervene?’ he asks. 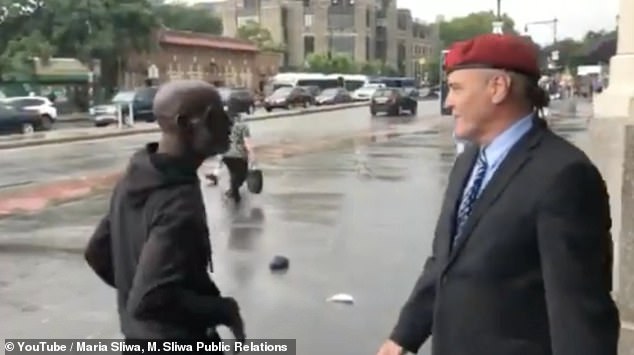 Sliwa repeatedly tells the agitated man to ‘relax,’ warning him that he dropped his belongings 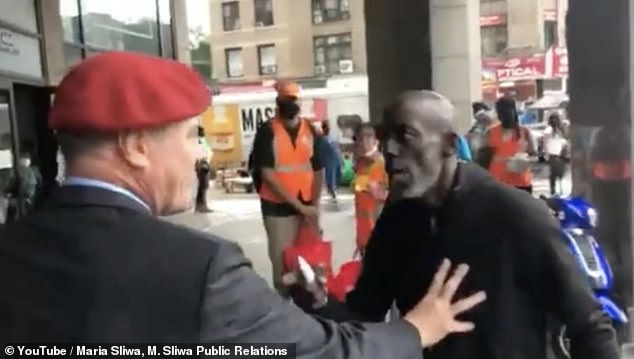 Sliwa later said no police showed up to the scene and that ‘it was left for me to deal with it.’

‘She’s teaching you how to be a welfare recipient,’ he adds. ‘She’s been in unemployment right now.’

The woman pulls out a knife and says, ‘I will cut your a** too.’

Sliwa repeatedly implores the woman to put the weapon away.

‘Please put that knife away, especially in front of the child,’ Sliwa says.

‘I was the only thing standing between him and a crowd ready to pounce,’ Sliwa told the New York Post, saying that the man was ‘a danger to himself and clearly others and there is no one to call in NYC to get this man off this street.’

Sliwa said the man had recently been thrown out of a Walgreens on Webster Avenue.

‘No ambulance came, no police came,’ he said.

Sliwa is on a leave of absence from his daily radio show on WABC to focus on his political run. 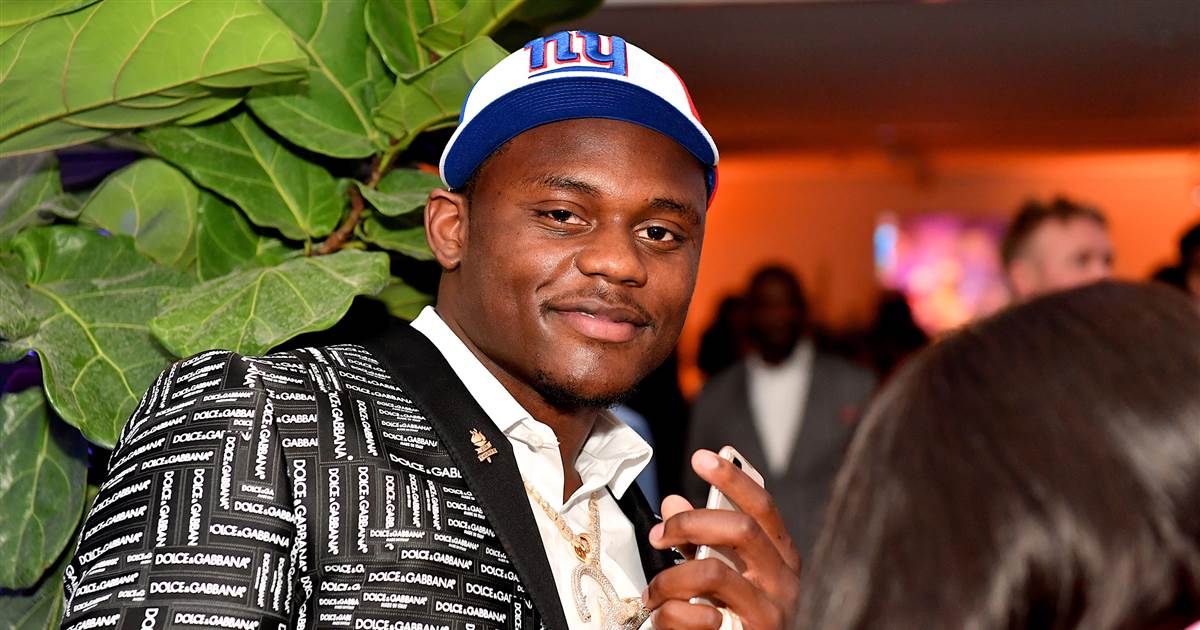 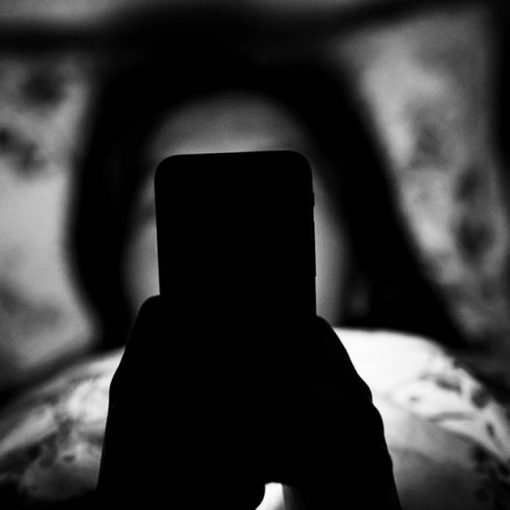 Why do people credit falsehoods? Why don’t they dismiss them? Here is a large part of the answer: Most of the time, […] 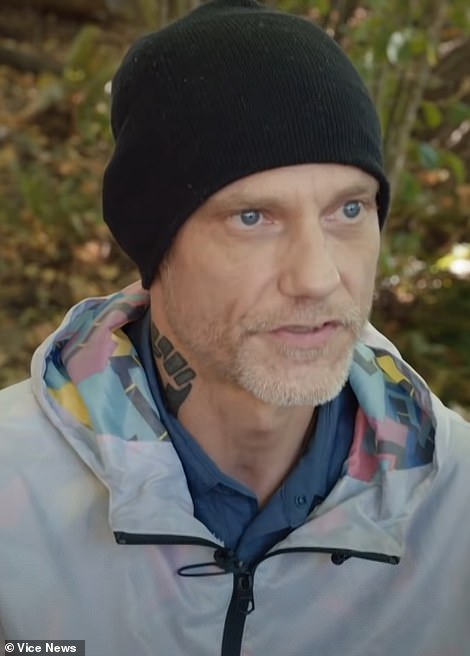 An Antifa protester suspected in the shooting death of a supporter of the right-wing group Patriot Prayer in Portland, Oregon has been […] 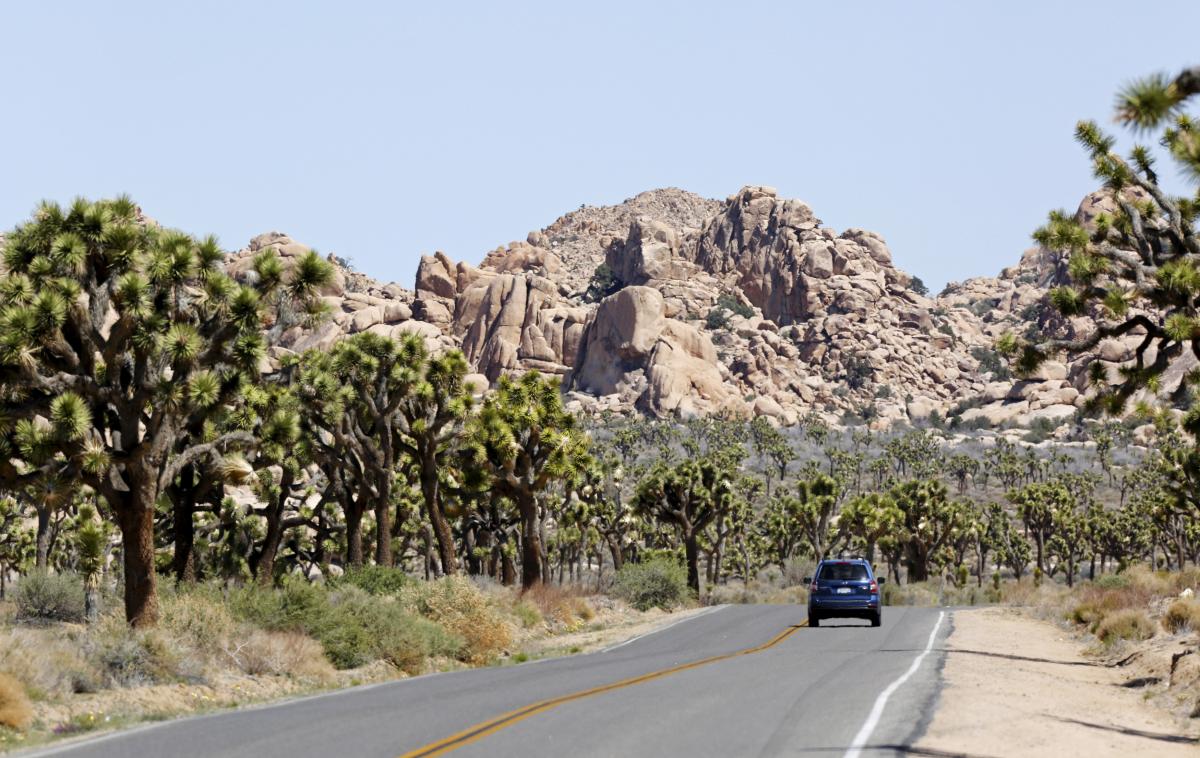