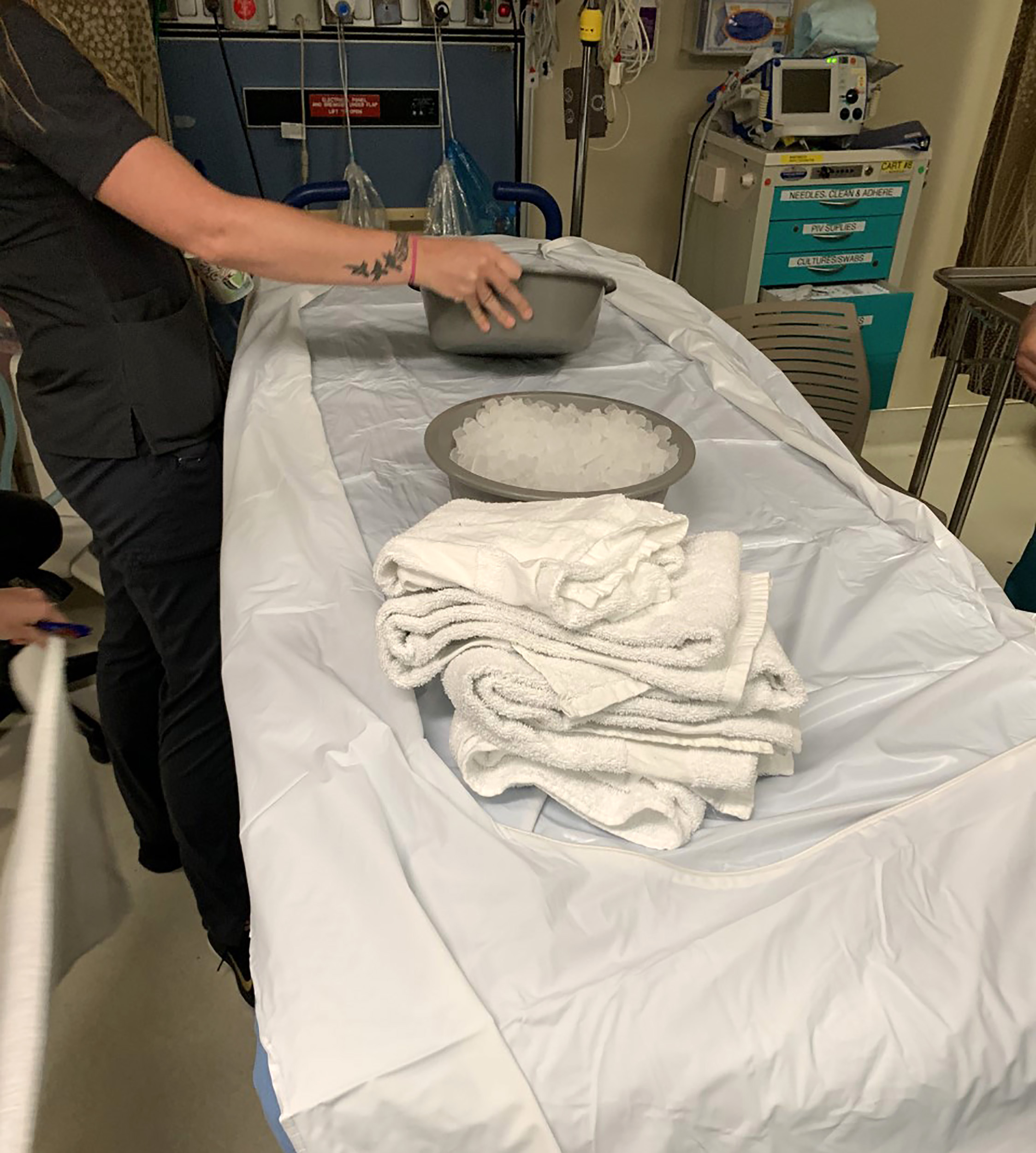 As a deadly heat wave scorched the Pacific Northwest last month, overwhelming hospital emergency rooms in a region unaccustomed to triple-digit temperatures, doctors resorted to a grim but practical tool to save lives: human body bags filled with ice and water.

Officials at hospitals in Seattle and Renton, Washington, said that as more people arrived experiencing potentially fatal heatstroke, and with cooling catheters and even ice packs in short supply, they used the novel treatment to quickly immerse and cool several elderly people.

“I have a feeling that we’re looking at many more days of extreme heat in the future, and this is likely to become more common,” he said.

Despite the macabre connotation of body bags, using them is a cheap, convenient and scalable way to treat patients in mass casualty emergencies caused by excessive heat, said Dr. Grant Lipman, a Stanford University professor of emergency medicine. He co-authored a pioneering case study documenting the use of what doctors call “human remains pouches” for heatstroke.

“When people are this sick, you’ve got to cool them down fast,” Lipman said.

Heatstroke, the most dangerous type of heat illness, is a medical emergency that leads to death in up to a third of hospitalized patients. It occurs when the body overheats, either because of exertion in high temperatures or because of prolonged exposure to heat with no relief. The core body temperature rises to 104 degrees Fahrenheit or higher, which can damage the brain and other organs.

Heatstroke can be particularly dangerous for children and older people, whose bodies don’t regulate temperature well. In addition, elderly people may take medications that impair their ability to tolerate high temperatures.

Patients typically would be treated with strategically placed ice packs or misted with water and placed in front of huge fans. Some emergency room staffers immerse patients in large tubs of water or insert cooling catheters into the body’s large veins.

During emergencies, however, equipment, ice and time may all be in short supply.

St. John treated nearly two dozen heatstroke patients on June 28, the hottest period of a six-day heat wave, when temperatures in Seattle shot to a record 108 degrees. That was more than he’d seen at one time in his decade as a doctor, including working in hospitals in the Arizona desert, he said.

“The large number who came in very quickly taxed the system,” Buck said.

Overall, nearly 2,800 emergency department visits for heat illness were logged from June 25 through June 30 in a region that includes Oregon, Washington, Idaho and Alaska, including more than 1,000 on June 28 alone, according to the Centers for Disease Control and Prevention. At least 112 deaths in Washington and 115 deaths in Oregon have been linked to the heat wave, state officials said.

Among the sickest patients St. John saw was a woman in her 70s who arrived at the Harborview ER on June 28 confused and weak, with a core body temperature of 104 degrees. A family member had discovered her ill at home. St. John said a colleague had mentioned the body bag technique just days earlier, so he gave it a try.

The treatment involves filling a body bag with a slurry of water and ice, putting the patient inside and zipping the bag just up to the armpits to allow access for medical equipment and close monitoring. The self-contained bag keeps the ice and water close to the patient’s skin.

Within several minutes of her being placed into the bag, the woman’s temperature dropped to 100.4 degrees, just enough to “get her out of that danger zone,” St. John said. She was removed from the bag, dried off and placed on a gurney, allowing her body’s natural cooling abilities to take over. After she was admitted to the hospital, she recovered fully, he said.

He and colleagues described the treatment of an 87-year-old woman with cancer who was found unconscious in a parking lot during a heat wave in the San Francisco Bay Area, another region not accustomed to sustained high temperatures. It was July 2019, which was then designated the hottest month recorded on Earth. Using the ice- and water-filled body bags, doctors cooled her temperature from 104 degrees to 101.1 within 10 minutes. She, too, fully recovered.

Immersing patients in cold water has long been the gold standard for treating athletes with heatstroke caused by exertion, Lipman said. It’s the most efficient method because water conducts heat away from the body about 25 times faster than air.

For now, the body bag treatment has been studied mostly in younger, healthier people, and some doctors worry about the effects of cold water on older people and whether the technique might induce shivering that actually raises body temperature. Lipman agrees that further study is needed but said his experience has found that “the cooling benefits will outweigh any harm of shivering.”

And what about patients who might shudder at the thought of being zipped into body bags?

Because they’re generally so ill when they arrive and get treated so quickly, it’s “unlikely they’re aware,” Lipman said, adding: “But you’d need to ask them.” 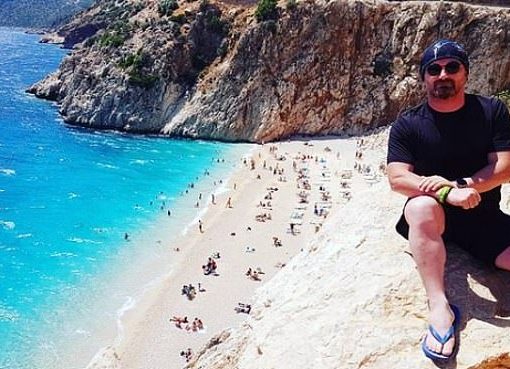 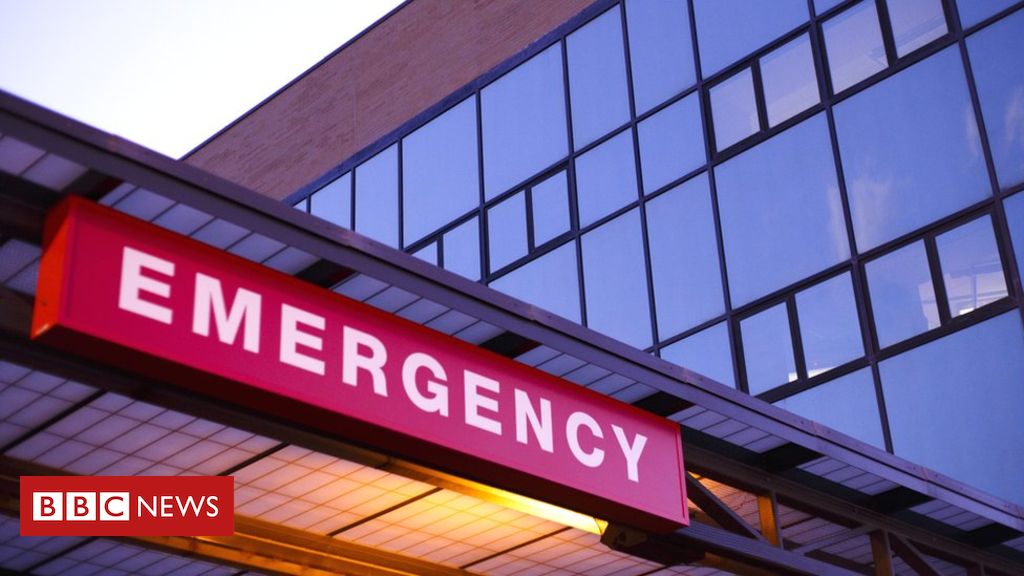 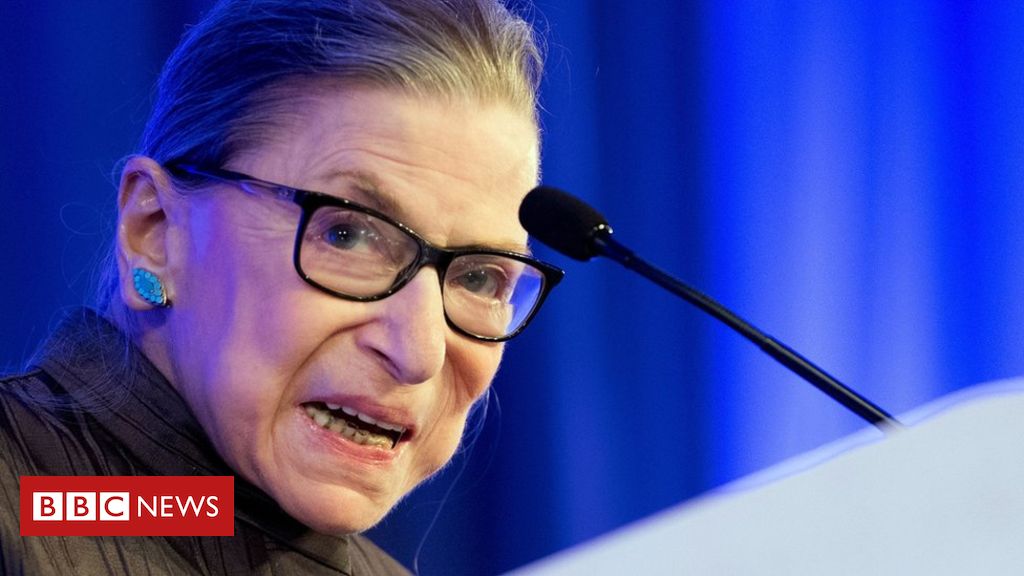 Image copyright AFP US Supreme Court Justice Ruth Bader Ginsburg has received treatment for a cancerous tumour on her pancreas, a court […]

SHANGHAI (Reuters) – As companies prepare to list on the start-up board ChiNext under a new U.S.-style IPO system on Monday, China’s […]