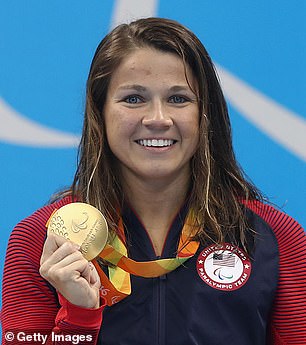 Becca Meyers, 26, won three gold medals at the 2016 Rio Games and she has won six Olympic medals in total. She has Usher Syndrome and is deaf and partially blind. She withdrew from the Games on Tuesday because she is too afraid to travel without her own care assistant

A deaf and blind Paralympian has quit Team USA after being told she wouldn’t be allowed to bring her mother to the Tokyo Games as her care assistant and would instead have to use the same assistant as 33 other athletes as a result of COVID-19 restrictions.

Becca Meyers, 26, won three gold medals at the 2016 Rio Games and she has won six Olympic medals in total.

She has Usher Syndrome and is deaf and partially blind.

Ordinarily, her mother Maria travels with her and is her personal care assistant but this year, due to limits on the number of people allowed in each delegation because of COVID-19, Becca has been told that she must share a care assistant.

Multiple Team USA members have already been forced to withdraw from the Games after testing positive for COVID-19, despite being fully vaccinated. There are now fears the event may be canceled altogether.

Team USA says it is only allowing ‘operational essential staff with roles related to the overall execution of the games’ to attend the Games, and Becca’s mother doesn’t count. The Paralympic Games are scheduled to begin on August 24.

Meyers is now withdrawing, describing the restrictions as unfair and saying it puts her at risk.

She says she agrees with COVID-19 restrictions but that her mom should count as an essential staff member.

It’s unclear exactly how many people each delegation is allowed to bring but spectators are not allowed. Simone Biles’ mother previously shared her frustration over the rule, and said people would be able to safely socially distance inside the arena and wear masks.

Meyers, writing for USA Today on Tuesday, said that her mother counts as an essential worker and that forcing her and other athletes to rely on just one care assistant, and share them, is unsafe and unrealistic. 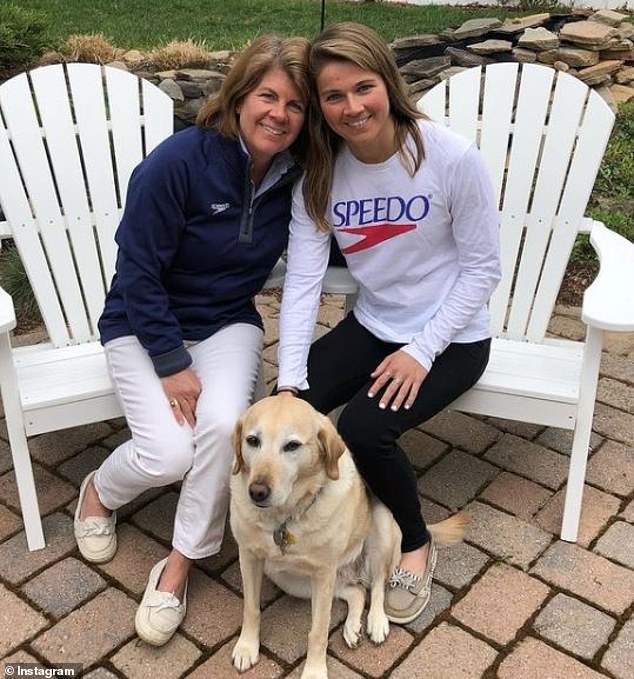 Ordinarily, Becca’s mother Maria travels with her and is her personal care assistant but this year, due to limits on the number of people allowed in each delegation because of COVID-19, Becca has been told that she must share a care assistant. They are shown with her guide dog 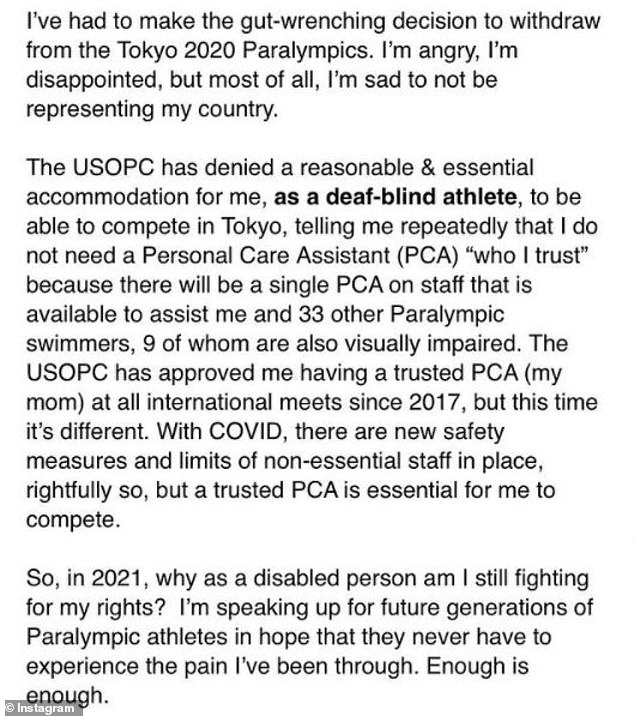 Becca is withdrawing from the Tokyo Games, claiming not having her own trusted carer puts her at risk. She posted a statement on Instagram announcing her withdrawal but also wrote an op-ed for USA Today

‘What happens if there is an emergency in the middle of the night? What if we need to be moved from one venue to another quickly?

‘Masks and distancing have made it incredibly difficult for me to make out what people are doing or saying. If I don’t have someone I can trust, how can I trust that I will be safe?’ Meyers wrote.

‘With health and safety of the utmost importance at the Games this year – rightfully so – the USOPC denied my request on the basis of COVID-19 restrictions imposed by the Japanese government. This just doesn’t add up.

Both Pagonis and Pergolini posted on social media that they ‘stand with’ Meyers, but neither has withdrawn.

The United States Olympic & Paralympic Committee said in a statement: ‘The Tokyo Organizing Committee of the Olympic and Paralympic Games, at the direction of the government of Japan, is not permitting any personnel other than operational essential staff with roles related to the overall execution of the games, into the country. 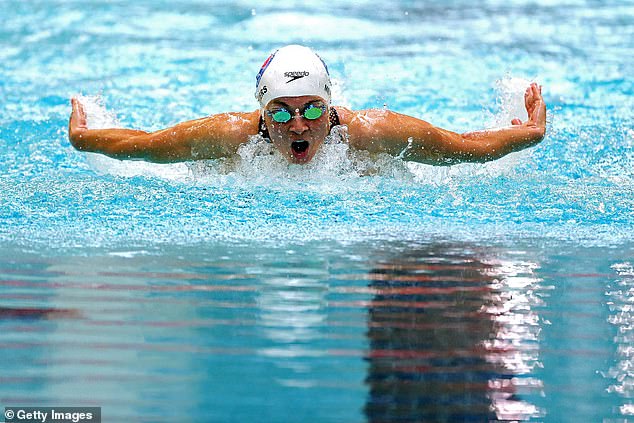 Becca is shown at the June Paralympic swimming trials in Minneapolis. She is among several blind or visually impaired swimmers on the team but is the only one to drop out so far 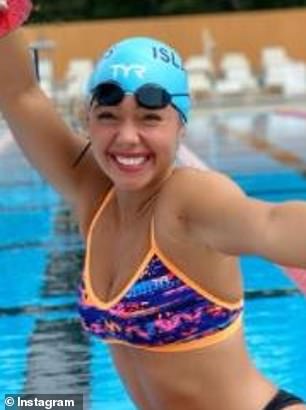 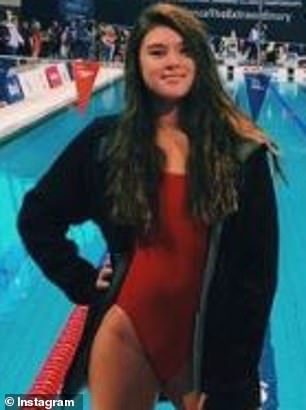 Anastasia Pagonis, another visually impaired swimmer on the team, and Gia Pergolini, say they stand by Becca but they have not yet withdrawn

‘This position has resulted in some athletes advising us that they will not accept a nomination to Team USA for both the Olympic and Paralympic Games.

‘We are heartbroken for athletes needing to make agonizing decisions about whether to compete if they are unable to have their typical support resources at a major international competition, but our top priority is ensuring the safety of our athletes, coaches, staff and the citizens of the host country.’

In her op-ed, Meyers wrote: ‘I need to speak up for the next athlete who is deaf-blind or disabled in another way. As Paralympians, we train as hard as our counterparts, the Olympians.

Becca with her guide dog. She says she is too afraid to go to the Games without her trusted care assistant

‘We deserve the same quality and safety nets that our able-bodied teammates will receive in just a few days’ time. ‘

She said that at past games, she was unable to find the dining hall so went hungry and was reduced to a ‘ball of fear’.

Her mother Maria told The Washington Post she was too afraid to go to Tokyo without her.

‘She’s given her entire life for this. It’s unacceptable. It’s heartbreaking.

‘She is terrified to go [alone]. And I mean terrified — like, rolled up in a ball, shaking,’ she said.

Meyers said the stress of the situation had impacted her training.

Her parents say they have been working with Team USA since February to try to make sure Maria would be able to attend the Games, but that no preparations were made to get there. 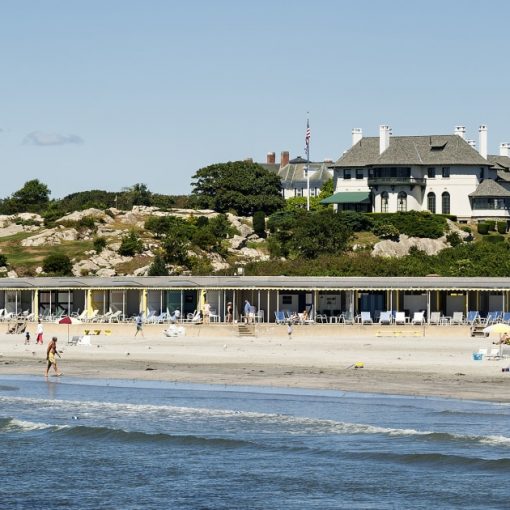 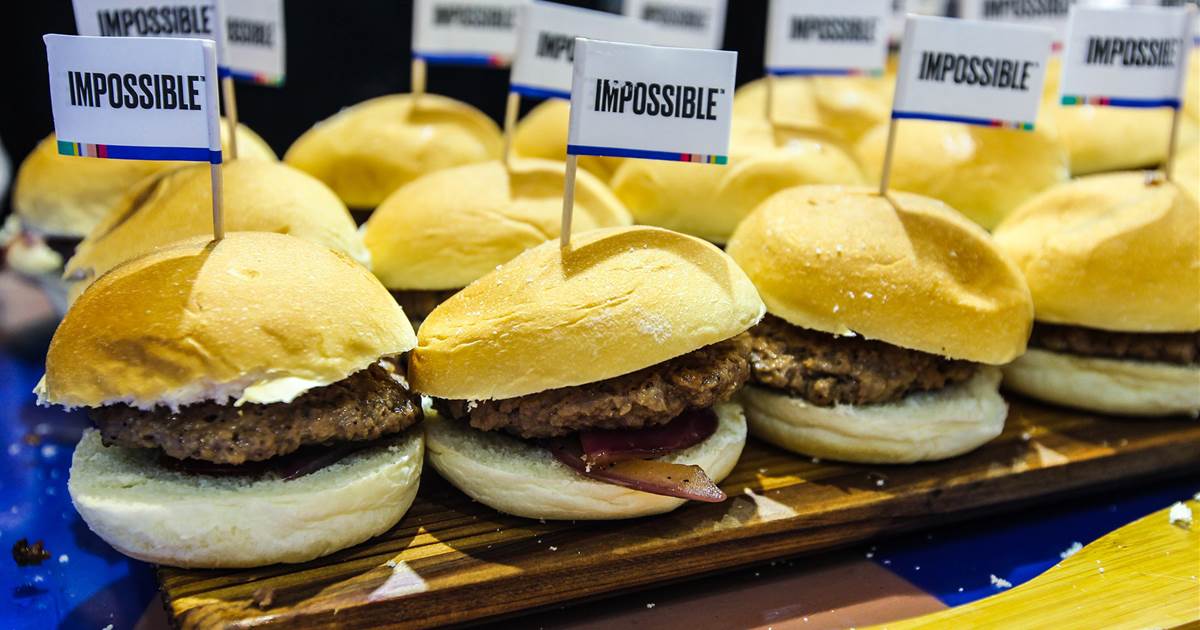 Impossible Foods is no longer trying to win a coveted deal to supply McDonald’s Corp with plant-based burgers, telling Reuters it cannot […] 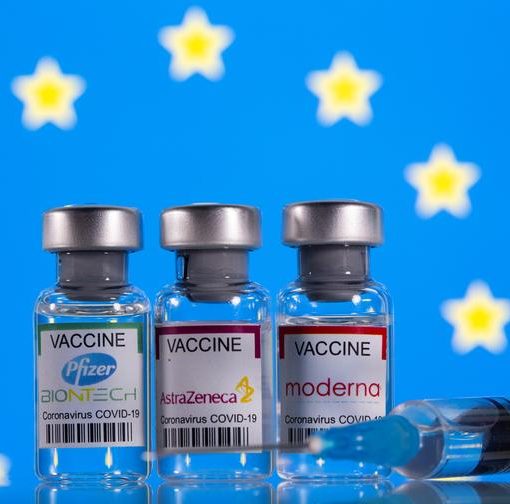