NEW YORK — When Dr. Alexa Mieses Malchuk talks to patients about the COVID-19 vaccine, she tries to feel out where they get their information from.

“Sometimes I feel like the education I have to provide depends on what news channel that they watch,” the doctor in Durham, North Carolina, said.

The mixed messaging can come from the same media outlet — and even the same source. On Fox News Channel on Monday, host Sean Hannity looked straight into the camera to deliver a clear message: “It absolutely makes sense for many Americans to get vaccinated. I believe in science. I believe in the science of vaccinations.”

Yet Hannity followed up his statement by interviewing a woman protesting her college’s requirement that students be vaccinated, a segment appealing to people skeptical of the immunization push. His prime-time colleagues, Tucker Carlson and Laura Ingraham, opened their own programs by questioning vaccination efforts.

Skepticism about the COVID-19 vaccination is a common theme in media appealing to conservatives, despite assurances from doctors and scientists that the vaccine is safe and effective. Some medical experts worry that conflicting takes and outright distrust of the vaccine shown by influential media personalities contribute to a failure to meet inoculation goals aimed at arresting the pandemic.

During a discussion of Los Angeles County’s decision to reinstate mandates to wear masks indoors, even if people are vaccinated, guest host Lawrence Jones said, “People are saying, ‘Why get the vaccine if you’re not going to return to normal? What’s the use of doing it? Why?’”

Doocy, arguably Fox’s most influential figure arguing in favor of vaccinations, also took on co-host Brian Kilmeade on Monday when he said people should not be judged if they decide not to get the shot. Doocy responded that the vast majority of people who are dying of COVID-19 are unvaccinated.

Several personalities on Fox News Channel — including Bill Hemmer, Dana Perino, Bret Baier, Greg Gutfeld and the three-member “Fox & Friends” morning team — have been vaccinated and publicized their status. Rupert Murdoch, the network’s founder, has been jabbed, too.

The prime-time hosts, who consistently have the biggest audience, keep their status to themselves, although Hannity has said he was going to get vaccinated. Carlson, when asked directly by two journalists whether he’s been vaccinated, responded by asking their favorite sex position — his way of saying it’s too personal a question.

Even casual consumers of media targeting conservatives over the past few months absorb a deep skepticism about the vaccines.

Malchuk says some patients who are happy to take her advice on, say, diabetes medication, have resisted her encouragement that COVID-19 vaccines are safe and effective in warding off serious illness.

“I see people polarized in terms of where they get their information, from whom they get it and, yes, it is politically charged,” she said.

Dr. Laura Morris, who works in an area of Missouri that has seen a surge in COVID-19 infections, said that she had hoped for less polarization and that more people would have responded to seeing the positive effect of vaccines.

“There are a lot of things out there that are harmful to public health right now,” she said. “Anything out there that says vaccines are not good for you, that is false.”

Social media and the internet are major factors in what U.S. Surgeon General Vivek Murthy warned last week was an alarming flow of disinformation about the vaccines.

Doctors like Malchuk and Morris, who regularly sees patients in Fulton, Missouri, suspect the internet is behind the more outlandish theories that they dispel — that the vaccines cause cancer, damage fertility or contain microchips.

Most themes on talk radio or television networks like Fox, Newsmax or One America News are more subtle or philosophical.

The vaccine is experimental, still not fully approved, is one line of attack. Wait and see. There’s no reason for young people to get it. Natural immunity is better. It’s none of your business what I do. Government — the Biden administration especially — is intruding upon your life, trying to take control of your body.

“The advice they are giving you is not designed to help,” Carlson said Monday on his show, the most popular on cable news. “It is designed to make you comply.”

Two hours later, Ingraham said that it was President Joe Biden and his allies, not conservative media figures, who are “superspreaders” of COVID-19 misinformation.

The cumulative effect of the stories is to raise doubt in the minds of people who may already be looking for a way to avoid the jab of a needle and syringe full of chemicals going into their bodies, said Kristin Urquiza, who started the organization Marked By COVID after her father died of the virus.

“They do not come out and say, ‘Do not get the vaccine,’” Urquiza said. “Their strategy is to create a culture of confusion.”

Carlson and Ingraham have been the most aggressive in questioning vaccinations. Carlson has said “the idea that you could force people to take medicine they don’t want or need” is scandalous. But he also told viewers on Monday: “We’re not saying there is no benefit to the vaccine. There may well be profound benefits to the vaccine. Our mind is open and has been from the first day. We never encouraged anyone to take or not to take the vaccine. Obviously, we’re not doctors.”

Ingraham has suggested viewers “hide your kids” from “Biden’s vaccine pushers.” She also said Monday that “we want everyone to be healthy and safe and have their risk assessment done properly.”

On conservative media, resisters are depicted as heroes. Fox’s Pete Hegseth hailed a woman who filmed herself confronting two health care workers who were urging residents of a Los Angeles housing complex to get vaccinated and told them to leave the building. Dan Bell, a One America News network host, invited a Republican congressman on as a guest because he admired the way the politician refused to answer an “activist journalist” who had asked about his vaccination status.

A Newsmax anchor, Rob Schmitt, on July 9 questioned whether vaccinations go against nature.

“If there’s some disease out there, maybe there’s just an ebb and flow to life where something’s supposed to wipe out a certain amount of people, and that’s just the way evolution goes,” he said. “Vaccines kind of stand in the way of that.”

Since then, Newsmax and its founder, Chris Ruddy, have said he and the network strongly support Biden’s efforts to widely distribute the vaccine.

The impact of this messaging is difficult to measure. A Washington Post-ABC News poll taken at the end of June revealed that 86% of Democrats said they had received at least one shot, compared to 45% of Republicans.

Prolonged exposure to media messages about vaccines has an impact on attitudes, said Kathleen Hall Jamieson, director of the Annenberg Public Policy Center at the University of Pennsylvania, which has studied the issue. But viewers also come predisposed to certain beliefs, and television producers are attuned to what their viewers want to hear.

Urquiza said she believes that many vaccine segments on outlets that try to reach conservatives have less to do with medicine than with fostering a sense of grievance, that government needs to get off your back.

“They’re chipping away at confidence in lifesaving measures,” she said. “It’s terrifying to watch.” 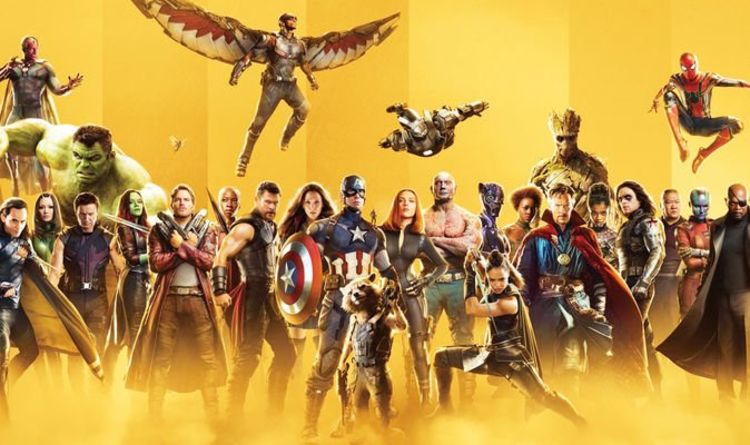 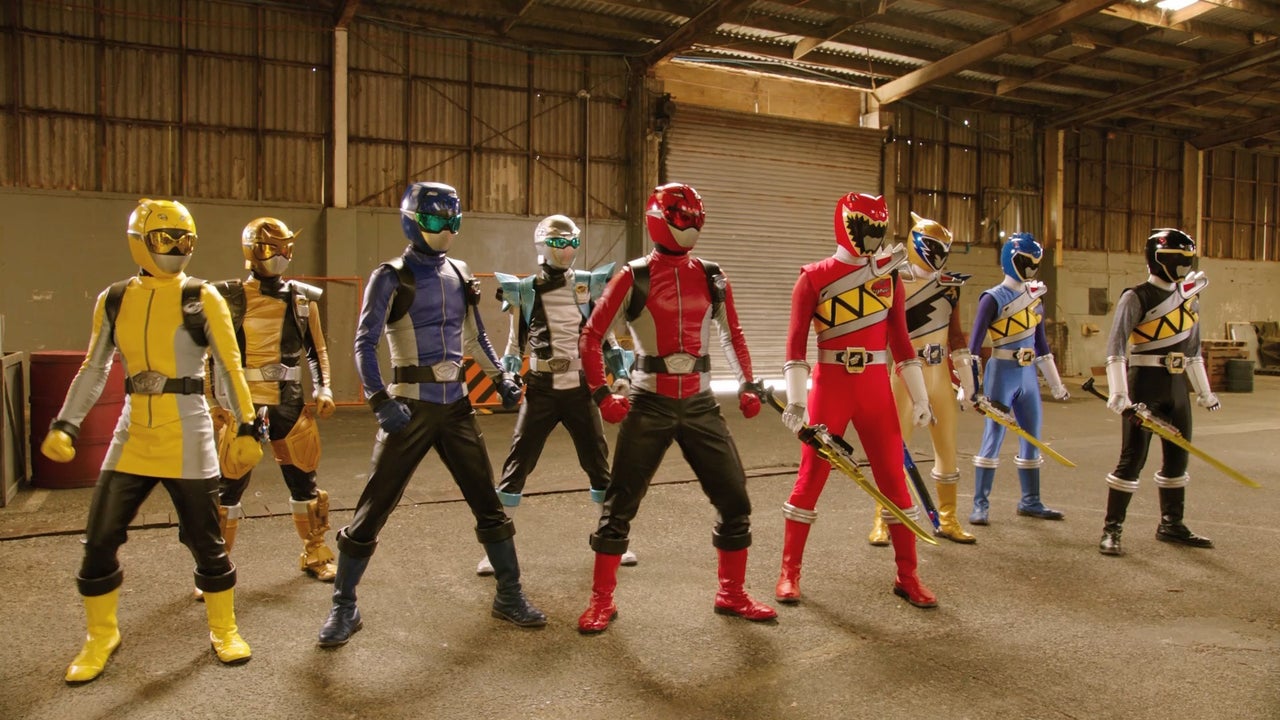 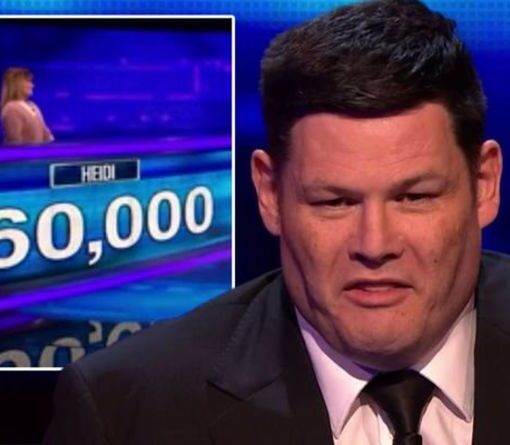 However, she did so after Mark as the Chaser answered several questions incorrectly – despite having seen off the previous players without […] 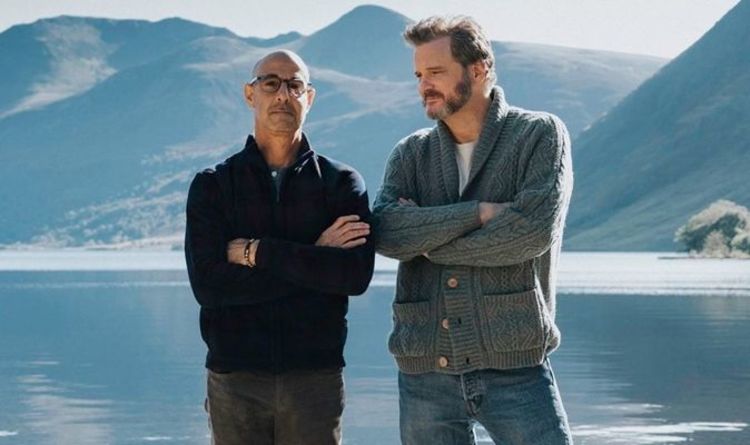 Her first taste of something more comes from an odd encounter in a massage parlour, where being touched even a tiny amount […]