Broken dream: Tyrrell Hatton snaps his club in two in a fit of rage, gives a spectator the finger AND is caught shouting ‘f***ing b******s’ after a bad shot as British No 1 fails to make cut for the SIXTH time on a dismal day at The Open


The ruins of Tyrrell Hatton’s broken wedge told of his struggle to stay on the right side of the Open’s great divide.

Britain’s highest ranked golfer came to Sandwich desperate to show a home audience why he is world No10, and played the 18th hole believing he needed a birdie to make the halfway cut.

When his wedge let him down one last time and dashed his hopes he could not stop himself stamping on it twice in anger. 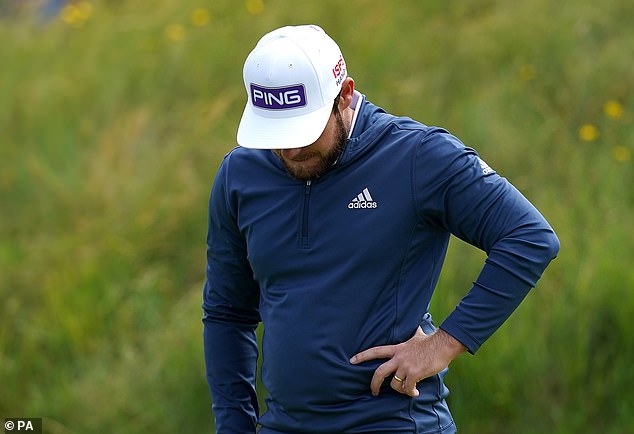 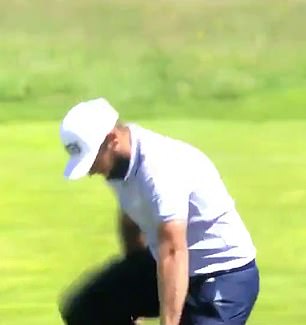 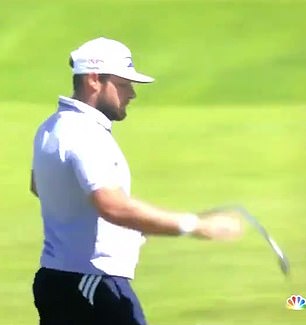 The club was not the only thing that had snapped for him. On the 11th, discovering a good tee shot had unluckily found a bad lie, he had already given a spectator the finger and induced a TV apology for his colourful exclamation (‘absolutely f****** b******s’).

Away from the course, Hatton comes across as a more gentle soul, and was a picture of despondency later : ‘Very disappointed,’ he said. ‘I felt I had some momentum going after making birdie on nine and 10, then hit a good tee shot into 11 and literally could hardly get the club on the ball.’

He is not the UK’s best-rated golfer by accident, but has rarely shown his consistency in the majors. This was his sixth missed cut in nine Opens.

That record contributed to his exasperation, as did a sore wrist. The demise of his club was the result.

‘Just a load of frustration built up,’ he said. ‘I knew I had to hit that close on the last and my wedges haven’t been good the last two days. I never seem to bring my best at The Open, pretty poor form and pretty disappointed.

‘The support this week has been amazing, I’m not used to having a reception like that on the first tee. I’m not really one of the popular players. My golf the last few years has shown I’m capable of doing well, I just haven’t been quite at it.’

It will have been little consolation that England’s other six members of the world’s top 50 all made the cut, most of them comfortably. Lee Westwood briefly lived dangerously with two early bogeys but swiftly recovered to shoot a composed 67. 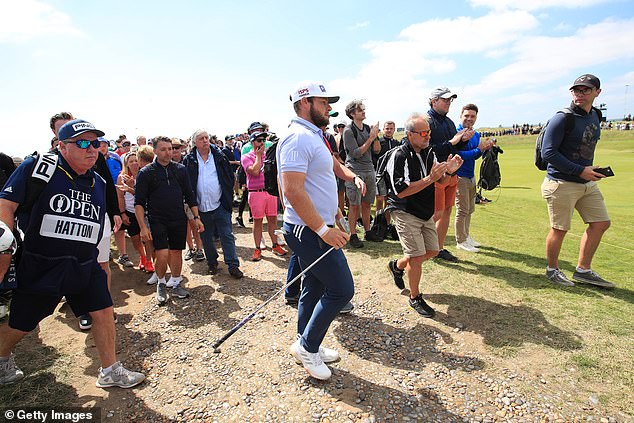 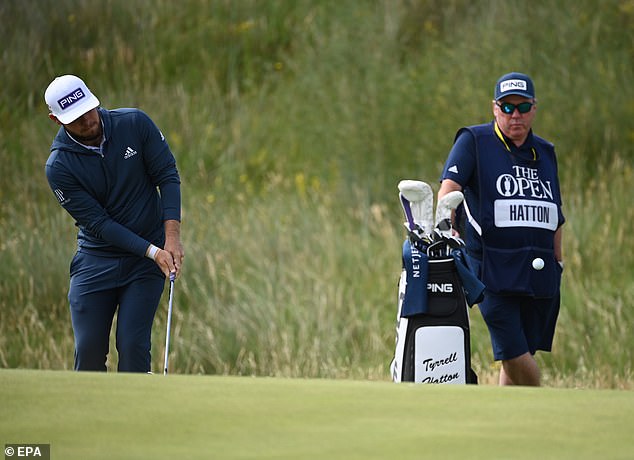 If being English No 1 is a burden, then spare a thought for Scotland’s best player, Bob MacIntyre. He is this Open’s only representative from the nation regarded as the cradle of the sport.

Never before has there been just one entrant at this event from north of the border, with the lowest previous tally being the four who started at Hoylake in 2006.

It is a remarkable thought that there were more Scottish players at Wimbledon than at the UK’s major golf championship staged where Sandy Lyle won in 1985.

As MacIntyre stood on the 18th tee it looked likely that there would be no Scots at all on view this weekend. 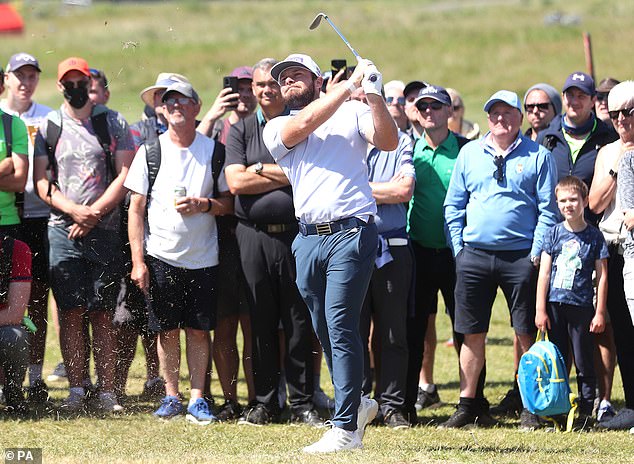 The 24-year-old lefthander from Oban was at two over and, like Hatton, needed a birdie to guarantee his weekend stay at the Kent course.

His putter had never quite fired and he remained above the cut line all day.

Then, after a deft approach, he calmly drained an eight-footer on the last to maintain his record of playing four rounds at all seven of his majors to date.

‘It was just full on committing to the putt, knowing I would probably be up the road if it didn’t go in, he said.

‘Whether I’m playing golf or Shinty (his favourite sport) it’s a never-say-die attitude, the only way I know how to survive is to fight for it.’ 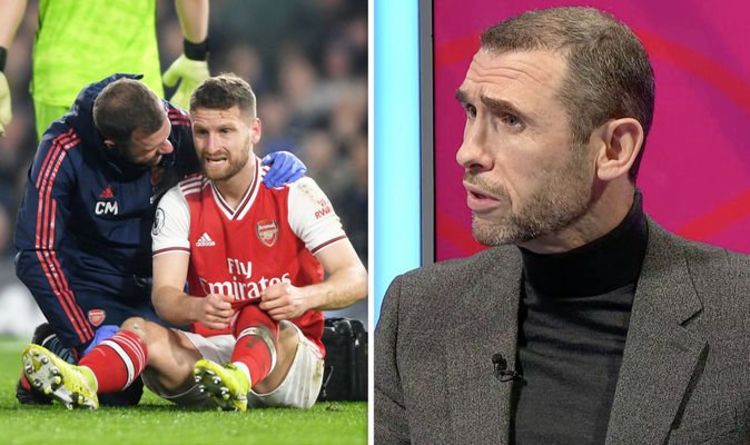 “David Luiz here panics, he’s not great there either, but I sympathise there with David Luiz, he’s been put in trouble by […]

Norway 2-0 USA. That was the score of the US women’s soccer team opener the last time the Olympics were played in […]