A man in Dallas, Texas, has been hospitalized with monkeypox, a rare condition similar to smallpox, according to a new report from the Centers for Disease Control and Prevention (CDC).

The unnamed man was returning from a trip in Lagos, Nigeria, and had taken a stop in Atlanta, Georgia, on his way home.

Health officials are working to find who may have been in contact with the man as he traveled.

This is the first case of the virus ever reported in Texas, according to the Dallas Morning News. 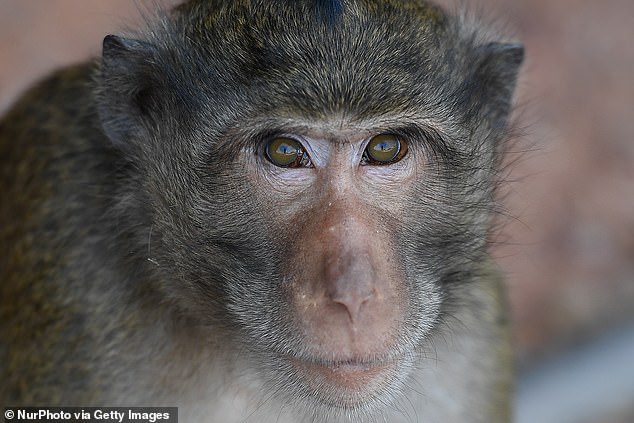 Monkeypox was first discovered in the crab-eating macaque (pictured)

The virus spreads via respiratory droplets in the air, and, fortunately, people on the planes the man rode were required to wear masks due to COVID-19 protocols.

Masks could have potentially prevented the spread of monkeypox as well.

‘Laboratory testing at CDC showed the patient is infected with a strain of monkeypox most commonly seen in parts of West Africa, including Nigeria,’ the CDC wrote in a news release on Friday.

‘Monkeypox is a rare but potentially serious viral illness that typically begins with flu-like illness and swelling of the lymph nodes and progresses to a widespread rash on the face and body,’ according to the CDC.

‘Most infections last 2-4 weeks. Monkeypox is in the same family of viruses as smallpox but causes a milder infection.’

Skin lesions (pictured) are a common symptom of monkeypox

‘We have confidence in the federal, state and local medical professionals who are working to ensure that this virus is contained and that the patient is treated with the utmost care,’ Eric Johnson, mayor of Dallas, said in a statement on the matter.

Six previous cases of monkeypox from around the world have been tied to travelers returning home from Nigeria.

Experts are not sure of the true origin of ‘monkeypox’.

The virus was first discovered in 1958 in crab-eating macaque monkeys.

The first ever case detected in humans was in 1970 in the Democratic Republic of the Congo.

It has since been discovered in many central and western African nations.

People with more serious cases of the condition will often develop skin lesions.

It is believed that the virus transmits from animals to humans when the animal bites of scratches a person.

It can also spread person-to-person by respiratory droplets in the air – similar to the way humans spread COVID to each other.

The disease has largely vanished in Nigeria for 40 years, until a 2017 flare-up saw the virus return to humans.

The identity of the man who contracted the virus has not been revealed, and his case is not related to any other case of human monkeypox detected in recent years. 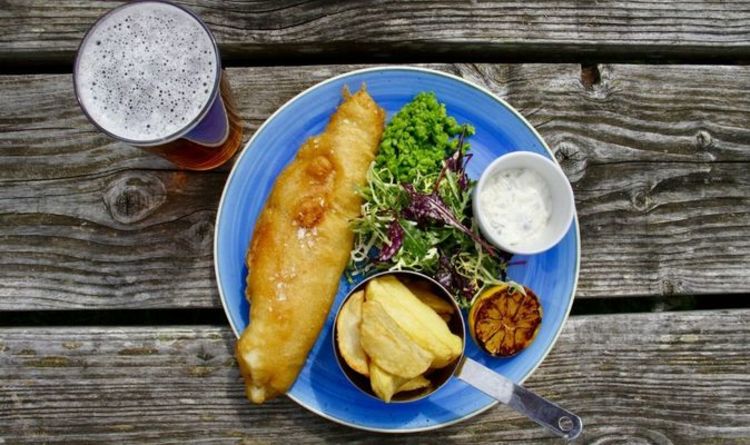 Fish and chips is a takeaway staple in the UK, often enjoyed on a Friday. With traditions being to steer away from […] 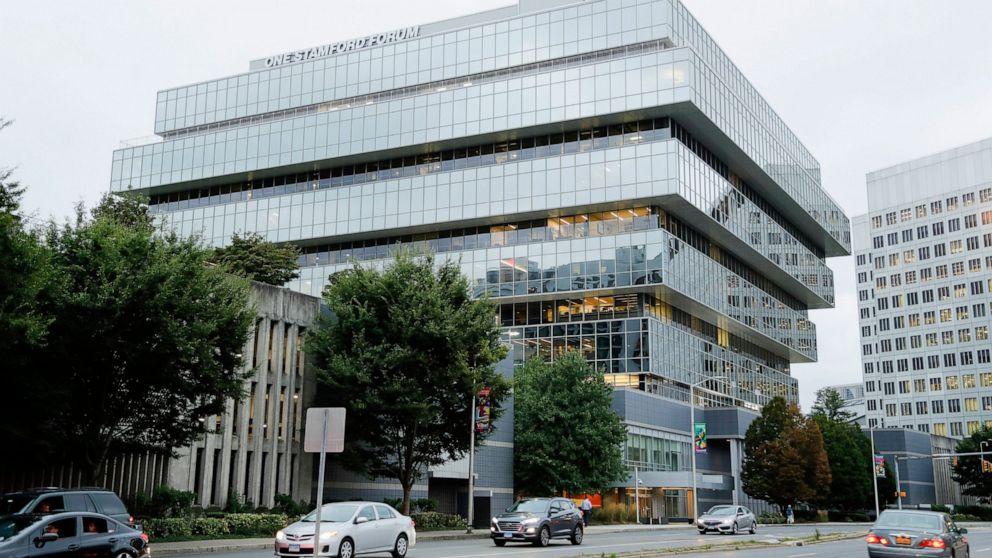 Arizona’s attorney general is having misgivings about agreeing to Purdue Pharma’s proposal to settle litigation over the opioid crisis. Attorney General Mark […]