Investors lost their appetite for Just Eat Takeaway’s shares as concerns mounted that the pandemic boom in business is wearing off.

The delivery group tumbled to the bottom of the FTSE 100 leaderboard despite reporting that first-half orders across the group were up 61pc.

In the UK, orders rose by a staggering 733 per cent in the first six months of the year compared with 2020, as Britons cooped up by a third lockdown and a soggy spring kept coming back for more takeaways. 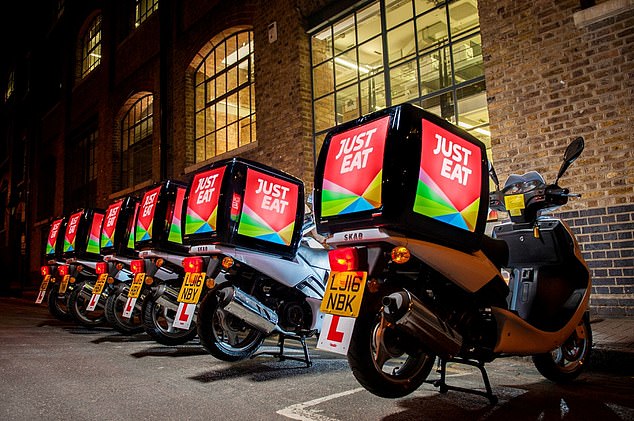 Off the boil: Just Eat tumbled to the bottom of the FTSE 100 leaderboard despite reporting that first-half orders across the group were up 61%

The solid start to the year has prompted the group to upgrade the company’s full-year forecasts – and it now believes a key measure of gross transaction value will be between £24billion and £26billion this year.

Its performance has been boosted by the takeover of US rival Grubhub, which it bought for £5.8billion only a few months after Just Eat and Takeaway themselves merged last year.

In a trading update, Just Eat added that it would make far more money throughout the rest of the year, saying that losses had ‘peaked’ in the first half, driven by caps on fees in North America and new investments. 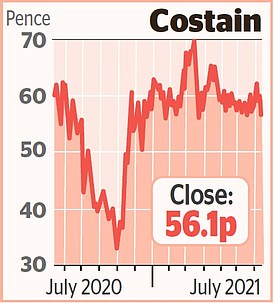 Costain slipped up as it told shareholders the value of orders has slipped.

The HS2 and Thames Tideway Tunnel contractor said its order book stood at £4billion by the end of the first half in June – down from £4.2billion at the same time last year.

The company has had more cash available on average at the end of each month – around £103million – compared with 2020.

Also in the first six months of 2021, Costain finally drew a line under a problematic project with the Welsh government over work on a major road through the Brecon Beacons. Shares fell 4.6 per cent, or 2.7p, to 56.1p.

Just Eat Takeaway was one of the so-called ‘pandemic winners’ that saw business flourish during lockdown.

But with countries – particularly the UK – reopening and customers rushing back to bars and restaurants, the question now seems to be if, or how quickly, this will fizzle out.

Chris Beauchamp, chief market analyst at IG, said: ‘Just Eat’s performance continues to disappoint, judging by the reaction of the share price this morning. A 733 per cent gain in UK order growth just doesn’t cut it any more, it appears, and in any case matching this for the next half is likely to prove impossible, given the expected return to pubs and restaurants and the concomitant decline in takeaway orders.’

At the other end of the scale, a boost to forecasts lifted credit check specialist Experian.

It was among the Footsie’s top risers after it reported first-quarter revenues jumped by almost a third.

In the US, its biggest market, its credit comparison marketplace did well as more people applied for credit cards and loans.

The value of a barrel of Brent crude fell more than 1 per cent yesterday to $74 as traders braced for more oil to enter the market after Saudi Arabia and the UAE reached a production agreement.

Susannah Streeter, senior equity analyst at Hargreaves Lansdown, said this could partly be down to concerns about central banks mulling launching their own digital currencies.

White-collar recruiter Hays was among the biggest fallers (down 8.6 per cent, or 14.4p, to 153.3p) despite raising guidance – which is becoming something of a theme on the stock market.

It said it expects annual profits to hit £95million, ahead of expectations, but flagged that there are ‘clear’ skills shortages in some industries.

Chief executive Alistair Cox said business rebounded in all of its largest markets including the UK, Germany and Australia. 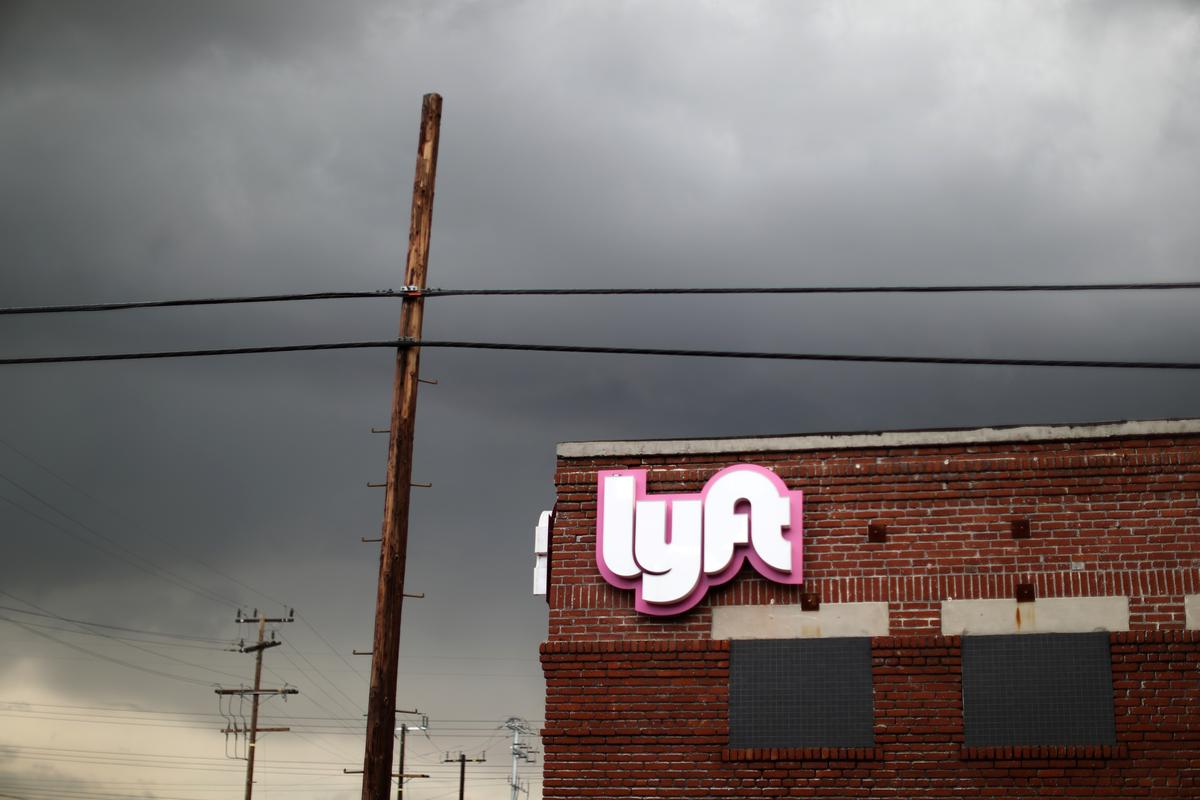 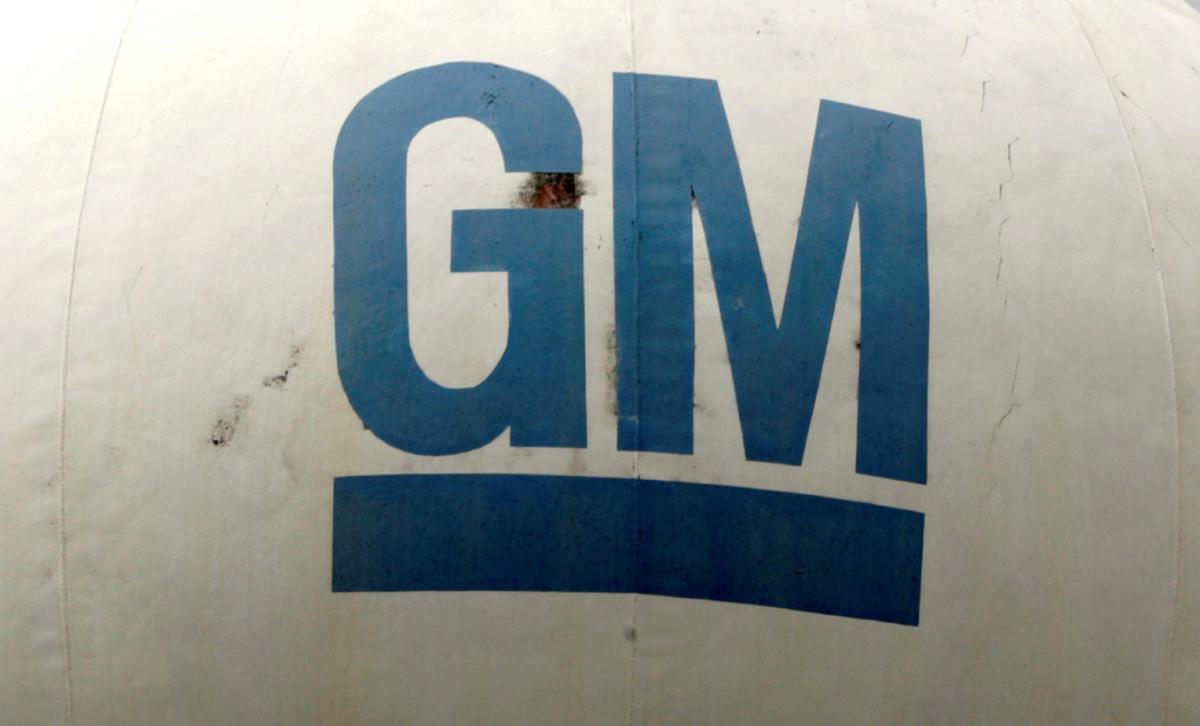 SAO PAULO (Reuters) – General Motors Co (GM.N) has warned employees in Brazil that new investments there depend on a painful plan […] 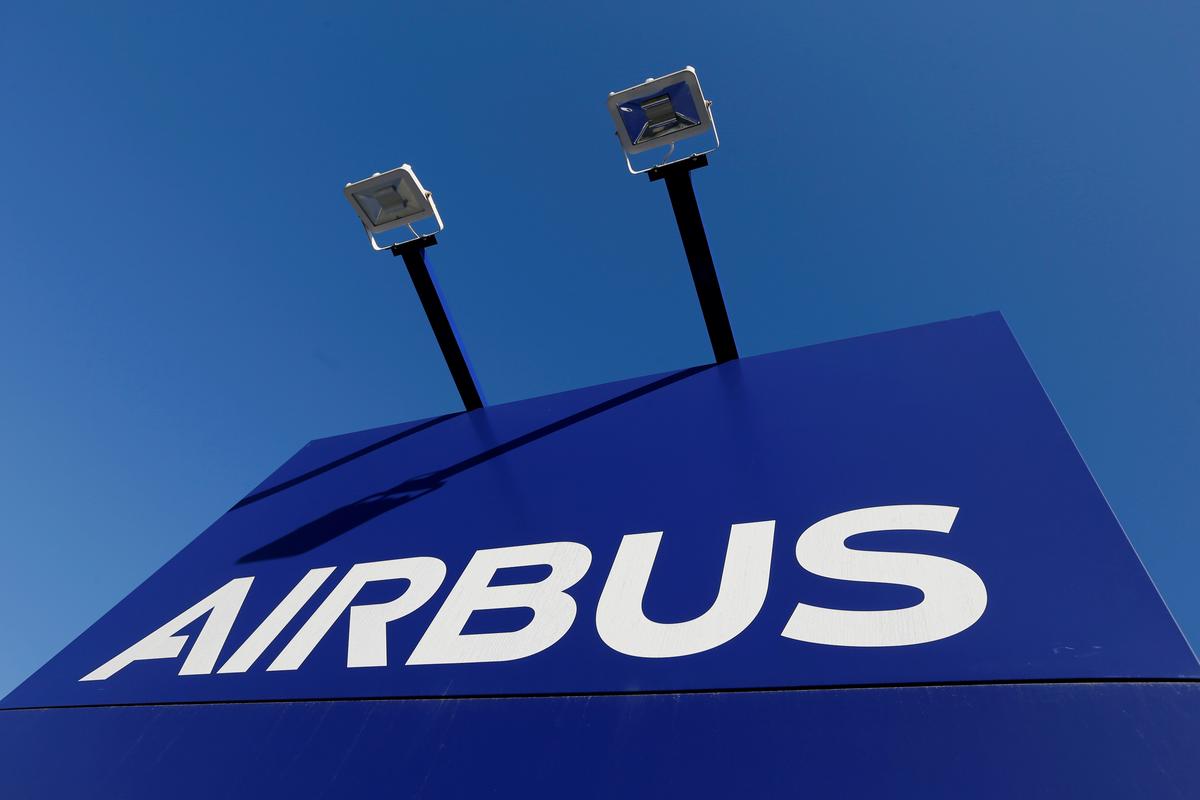 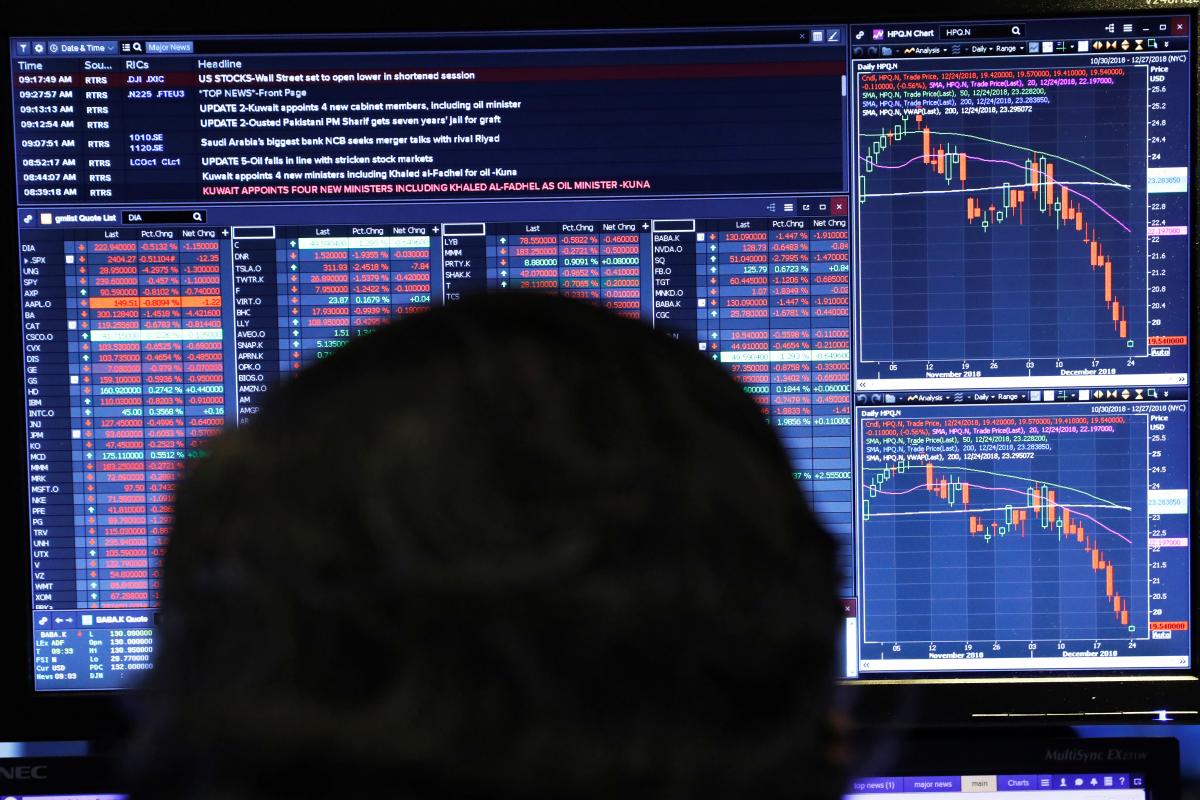 (Reuters) – The S&P 500 tumbled to the brink of a bear market on Monday as U.S. stocks extended their steep sell-off […]