Manchester United are reportedly ‘hopeful’ of completing a move for Raphael Varane after personal terms were ‘all but agreed’ with the Real Madrid defender. Varane is United’s primary target in central defence this summer and the club has thrown all its weight behind signing the Frenchman after tying up a deal for Jadon Sancho.

Sancho is set to be unveiled as a United player in the coming days after completing a medical and signing a five-year contract.

The Dortmund winger will cost United £73million but the club still have funds available to find a long-term partner for Harry Maguire in defence.

Varane has entered the final 12 months of his Real contract and has refused to sign a new deal because he is keen to explore his options.

With Euro 2020 now out of the way, United are stepping up the pursuit of the 28-year-old and it appears they might have made a breakthrough in negotiations.

ESPN have previously reported that United have been encouraged by Real dropping their asking price from £60m (€70m) to around £43m (€50m) after Varane made it clear he wanted to leave.

Varane arriving at Old Trafford would please former United defender Rio Ferdinand, who spoke of his admiration for the World Cup winner recently.

“He brings an absolute winning mentality. I think he’s played in 14 finals and won 14,” he said on his Vibe With Five YouTube channel.

“He knows how to win, he’s got great experience. He’s an unbelievable specimen.

“Alongside Maguire he needs somebody with pace, the way they play… he will bring authority to the backline.”

Leon Goretzka could hardly have captured the mood any better. “We already have the feeling there is a certain euphoria after the […] 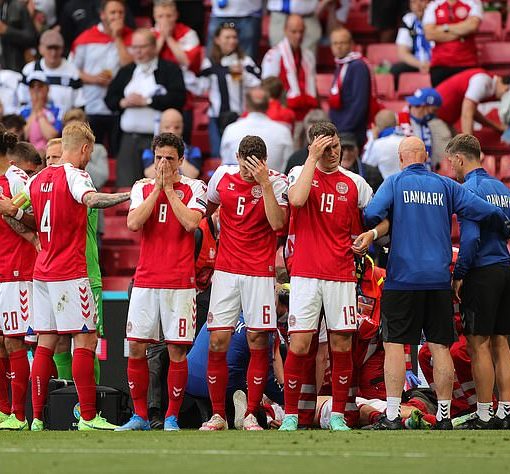 Will Euro 2020 continue? Shocking scenes in Denmark leave tournament stunned as Christian Eriksen requires CPR on the pitch after collapsing in […]

(Reuters) – The NCAA said on Friday that it was not advising the cancellation of sporting events at U.S. colleges and universities, […]