Some Caribbean rain is coming sideways into the ground, which suggests that there is indeed a fair breeze out there tonight. The players come off.

Half century! Mitchell Marsh 55 from 24 balls

9th over: Australia 96-1 (Finch 26 Marsh 56) Another mis-strike from Marsh but again it goes for six. I’m not sure if there’s a strong wind in that direction? The boundaries aren’t huge, but nor are they tiny. Any rate, he aims a lofted off-drive, gets more toe than middle and it goes high before it goes long. Usually that’s a precursor to the ball falling short, but this time it carries.

8th over: Australia 86-1 (Finch 24 Marsh 48) Now Finch gets into the act. Hayden Walsh drags down a leg-break and Finch just baseballs over cow for six. No subtlety about that. Walsh does really well to restrict the damage from the rest of the over to a couple of singles though, including some excellent ground fielding off his own work.

7th over: Australia 78-1 (Finch 17, Marsh 47) Fabian Allen has a better start with his spin bowling. The only boundary comes off a misfield at long off from Cottrell. Six from the over.

6th over: Australia 72-1 (Finch 16, Marsh 42) Phew, Marsh is in some touch. Akira Hosein comes on to bowl spin. Marsh starts with just the slightest shuffle towards the ball to shift the length and move his front foot a fraction wider, giving himself space to drive through a wide long-off, along the ground with power. Too straight for a sweeper to save. He ends the over with a six in the same direction – and the crazy part was, he was aiming a helicopter-style whip over long on. That’s a leading edge, and it carries long off by 20 metres, into the seats.

5th over: Australia 60-1 (Finch 15, Marsh 31) Mitchell Marsh is on one, here. First ball of the over, six. Just like last time. Andre Russell bowed very wide of the off stump, almost out at the tram tracks, but Marsh is so tall that he was able to reach his long arms out and still fetch that ball to the leg side, where there is no one in the deep. Not that they would have mattered, as he sends it into the stands.

Finch, too, starts targeting the leg side. No deep midwicket to worry about, no long on, so a lower risk of mis-hitting. Finch gets across his stumps and chips a fuller ball over the leg-side infield for four. Then plays that sweet back-foot punch to cover again, where Allen again slides and fields well to deny him.

4th over: Australia 46-1 (Finch 9, Marsh 24) Loves a cross-bat shot, Mitch Marsh, and the first ball of this Thomas over he pulls for six! Massive, another one out of the ground. We’ve seen a few lost balls in this series, this one comes back eventually. Thomas gives him a short ball, around the collarbone, and Marsh gets a full swing through it, up and over deep backward square. Thomas follows up with a slightly less short one, and Marsh drags it from waist-high around the corner for four. Then shows he can get on the front foot as well, driving two through cover. And it’s a no ball. But as we so often see, there’s no run off the free hit. A big drive to the on side meets fresh air. Second time not so lucky though – Thomas bowls a second no ball. Calamitious, as Marsh steps away and flat-bats him dead straight for six. And follows up with a sweet on-drive for four. Over the bowler. Drives a single to finish his fun, and Oshane Thomas should be wided from the last ball of the over with a high leg side boundary but the umpire lets it go.

6 runs and a wicket from Thomas’ first over, 25 runs from his second.

3rd over: Australia 21-1 (Finch 9, Marsh 1) Finch does find the middle against Cottrell, punching nicely off the back foot through cover and only denied a boundary by some typically excellent work by Fabian Allen, keeping his leg elevated away from the boundary rope while sliding parallel to it and pushing the ball back. Then Finch finds the edge, nicking between slip and keeper for four. Gayle is stationed very wide at first slip, more like a Test second slip, to cover more ground as per white-ball convention. On this occasion it doesn’t work, splitting the difference. Pooran could maybe have dived but that ball was pretty well past him before he would have had the chance.

2nd over: Australia 13-0 (Finch 2, Marsh 0) So it falls to Finch to find some fluency. He has tried advancing down the wicket a couple of times already, first to Cottrell, then to Oshane Thomas, even just to work singles. Marsh joins him in the middle.

A powerfully built bowler, Thomas gets up tall in his delivery stride and gives it plenty through his action. Bangs it into the deck. The first time he angles slightly across the left-hander, Wade cracks it away gorgeously on a back-cut that splits the field behind point and beats the deep third, despite being placed quite square, for four. The second time he goes again but this ball is a bit shorter and has more bounce, and it takes the top edge through to the keeper. Once again Wade flatters to deceive.

1st over: Australia 7-0 (Wade 1, Finch 1) Not exactly a convincing opening salvo for Australia, with Finch swishing and missing on several occasions as Cottrell starts with good pace. But one ball take the pad en route to the fine leg fence, and a bouncer goes over Finch’s helmet, so they get out of it with a few runs to their tally.

Behrendorff comes in to give Hazlewood a break; otherwise Australia are unchanged.

West Indies have kept their team shifting through the series, for reasons of rotation rather than results. Today, Lewis comes back to open the batting, but Fletcher instead of being replaced goes into the middle order to replace Hetmyer. Bravo also gets a rest, with all-rounders Russell and Allen moving up the order to fill that gap while the left-arm spinner Hosein comes in at No8. Finally, Obed McCoy continues his one-on, one-off series, missing for Oshane Thomas.

Australia win the toss and will bat

I wonder if sometimes, when your team is struggling, captains would rather not win the toss. It means that they have to make a choice about how to approach a match, and that would start to become galling if the choice kept not working. Anyway, Finch has won four tosses in a row on this trip. Chose to chase twice and that didn’t work, and since then has chosen to bat twice.

What ho, hounds and hares. If a hunt is on in this series, Australia is playing prey. Three matches, three wins for the home West Indies side. The first time they got lucky. The second and third times they battered Australia around at will: first setting a huge total that the visitors got nowhere near, then holding the visitors to not much and chasing it without a care in the world.

Everyone in the home team has been in the runs at some stage: Chris Gayle, Shimron Hetmyer, Nicholas Pooran, Lendl Simmons, Andre Russell, Dwayne Bravo. The only one without a score is opener Andre Fletcher.

At the same time, the home bowling has been varied and potent. Fabian Allen and Hayden Walsh have formed a spin combo that has controlled each innings. Sheldon Cottrell and Obed McCoy have been the fast-bowling muscle with some brains as well. Russell and Bravo have then chimed in as the back-up seamers. It works.

Australia, meanwhile, have given little with the bat in any of the three matches: a couple of good fifties for Mitchell Marsh and a couple of fast starts from Matthew Wade are about the extent of it. Mitchell Starc and Josh Hazlewood have each had one excellent match and two expensive ones. Adam Zampa has been targeted. Changes have already been made. Expect more.

Still plenty for Australia to play for, though: individual spots, as ever, but also trying to get some rhythm into players before the three ODI matches, which count towards qualifying for the next World Cup. That may seem like a foregone conclusion for Australia, but at the rate they keep pulling out of tours, who knows.

6.30pm BST18:30 Willey is running about like he’s going to bowl the first over. His blue trousers look less like pyjamas, more […] 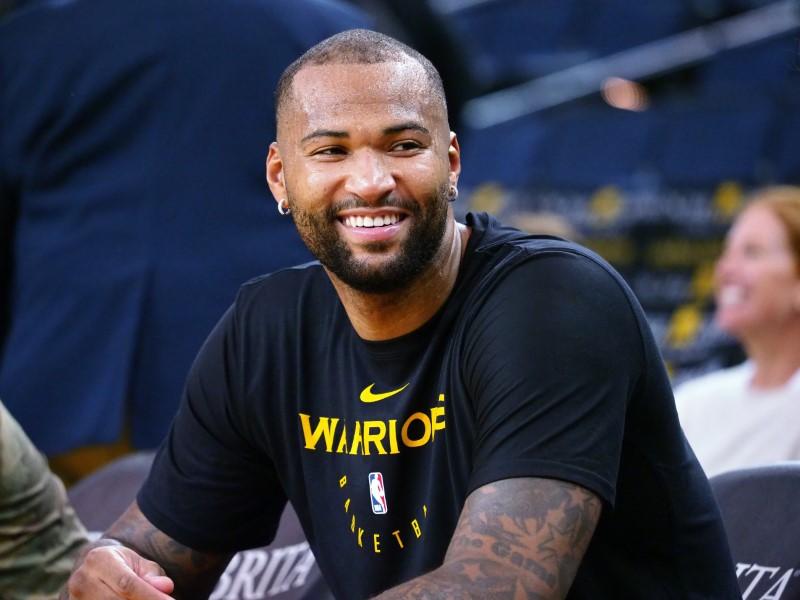 Nov 23, 2018; Oakland, CA, USA; Golden State Warriors center DeMarcus Cousins (0) on the floor before the game against the Portland […] 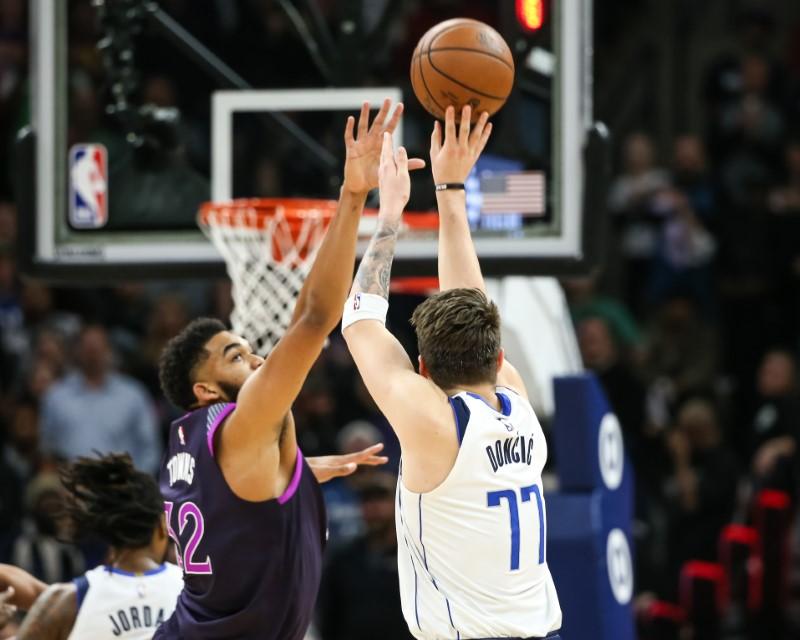