Sen. Marco Rubio warned Wednesday that Cuba could face a “horrific bloodbath” if President Biden doesn’t respond to widespread protests on the Communist island — as Cuban officials confirm at least one person was killed so far in the unrest.

“I’m not in favor of Twitter banning anybody, but if they’re going to do it, if you’re going to go after American politicians and block their tweets, censor their tweets and even deny them access to these platforms,” he told Fox News, “then you have to do it to a brutal dictator who’s on Twitter, along with other members of the regime.”

Rubio also took to Twitter himself to demand that the Biden administration take action against the Cuban Communist regime.

“What I have asked the Biden administration to do — and I asked them two days ago to do — is I asked them to use diplomacy that they brag about,” Rubio said. “Convene the United Nations, convened the Organization of American States in emergency session.

“Pressure or shame the international community into condemning and isolating that regime, and pressure them to be prepared to take action to prevent a bloodbath,” he said. “Not halfway around the world, not in the Middle East, not in another continent, right here, 90 miles from our shores.”

“A horrific bloodbath is what awaits if action is not taken,” Rubio added. “So far the response has been weak, weak. Why?”

Rubio’s call to action comes after the Cuban Interior Ministry revealed that one person was killed after thousands took to the streets to demand food and freedom, NBC affiliate WTVJ-TV reported.

Diubis Laurencio Tejada, 36, was killed Monday outside of Havana, the outlet said.

The violence on the island has sparked protests in the US as well, including Miami, which is home to the largest concentration of Cuban-Americans in the country.

Miami Mayor Francis Suarez on Tuesday urged the White House to consider airstrikes and a military assault on the Cuban government to aid the demonstrators.

Meanwhile, Cuban government officials continue to take a hard line against the protesters, and blamed the US with inciting the unrest in the country. 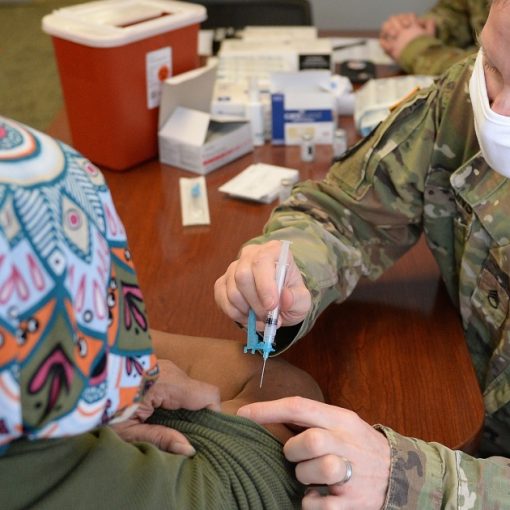 The St. Louis area is bringing back a mask mandate for all as the number of Covid-19 cases in Missouri continue to […] WASHINGTON (Reuters) – Republican members of the U.S Senate, poised to begin an impeachment trial against President Donald Trump in the coming […] The thought of forming a “European Republic” used to be merely a federalist fantasy.  But it has now become more of a […]