Although she did not take part in the historic protests that rocked the entire island of Cuba on Sunday, Caridad Montes, 50, says she understands why they took place.

“It’s very simple,” said Montes, a Havana resident. “They are tired of the hardships and want changes for the better.”

Cuba has been grappling with acute shortages of food and medicine throughout the pandemic. People make lines for blocks to buy whatever they can find at stores. Inflation and blackouts during the tropical summer heat have aggravated the situation.

Cuba’s government blames the economic crisis squarely on the decades-old U.S. trade embargo on Cuba, which was tightened by the Trump administration, as well as on the fallout from the Covid-19 pandemic. In a speech Monday, President Miguel Díaz-Canel said the U.S. “politics of economic asphyxiation” was having a “cumulative effect” on Cuba.

But the embargo is not solely to blame for Cuba’s woes. One of the most important factors that has led to years of economic stagnation is the country’s Soviet-style, centrally planned economy and its hesitation to adopt market-oriented reforms that other remaining communist countries have taken.

“Reforms in Cuba do not depend on the embargo, and the embargo should be eliminated unilaterally, independently from reforms in Cuba. Both cause problems,” said Pavel Vidal, a former Cuban central bank economist who teaches at Javeriana University in Colombia.

The 1980s were a period of little scarcity in Cuba, thanks to subsidies from the Soviet Union. After the collapse of the Soviet Union, subsidies dried up, and Cuba struggled with extreme deprivation and massive food shortages, its economy contracting by over 35 percent. Many economists say Cuba never really recovered.

The U.S. embargo does have a negative impact on the economy, restricting imports and exports and making it riskier for investors to put money into Cuba, Vidal said.

But at the same time, Cuba has not heeded the advice of China and Vietnam in adopting economic reforms. During an official visit in 2018, the general secretary of Vietnam’s Communist Party, Nguyen Phu Trong, urged Cuba to embrace a market economy, as Vietnam did in the 1980s. During its period of rapid economic growth, 30 million Vietnamese were lifted out of poverty.

“Since the 1990s, many opportunities have been lost to reform the economy,” Vidal said. Cuba’s government owns and operates most industries, and most of the labor force is employed by the state.

‘I’m worried about them’

Faced with severe shortages of food and medicine, Díaz-Canel recently picked up the pace of reforms, unifying the country’s dual currency and legalizing the status of private businesses that began operating decades ago, promising more movement in that direction. But for the average Cuban, the reforms were too modest and came much too late.

“There is a lack of credibility over the promised reforms. … It’s not just the economic crisis. People don’t have hope in getting out of the crisis in a definitive way,” Vidal said. Former leader Raúl Castro had promised ambitious economic reforms in 2011 that were never fully implemented.

Amid the fragile economy, Covid-19 hit.

Odalys Campos, 55, a resident of Miami, has not visited her elderly parents in Cuba for two years. She used to make four to five trips a year to see them and her brothers, but she is afraid she could be forced to quarantine for two weeks if she tests positive for Covid-19 upon arrival and then get stuck in Cuba for an extended period of time, because limited flights are always full.

“I miss them so much, and I’m worried about them,” she said. “They are older, and they have health problems.”

The island is grappling with a spike in Covid-19 case numbers. It registered over 6,000 new cases Monday, and the province of Matanzas, where the beach resort of Varadero is located, is at the center.

In a statement to NBC News, the State Department said it expedites any request to export humanitarian or medical supplies to Cuba; the U.S. embargo allows the export of agricultural products and food, medicine and medical equipment, and humanitarian goods to the island.

In the first six months of 2021, for example, Cuba imported $123 million worth of chicken from the U.S., the State Department said.

Cuba entered the era of the pandemic with an already weakened economy. Former President Donald Trump’s travel restrictions had reduced tourism to the island, the second-most-lucrative source of revenue for the government after the export of medical professionals. The aid Cuba relied on from Venezuela had also declined dramatically after the economic and political crisis.

Cuba’s strict measures during the pandemic were praised for having greatly limited the number of Covid-19 infections last year. But the success came at the expense of the economy. Cuba shut its borders for eight months with absolutely no tourism. Cuban Americans desperately tried to send medicine to relatives through agencies, but it took months to arrive, adding to the frustration.

After Cuba reopened its airports, it restricted flights from the U.S. to avoid coronavirus infections. Flights from the U.S. had already been limited because of Trump-era sanctions. The measure has kept many Cuban Americans living in the U.S. from visiting relatives who usually make trips loaded with food and medicine. Strict quarantines make it impossible for weekend trips by Cuban Americans to unload goods and by “mulas,” couriers who would frequently hand-carry packages from Miami to Cuba.

Remittances to Cuba, the third-most-lucrative source of revenue for the government, along with tourism, are reported to have taken a hit. There are no data on the amount of remittances to Cuba; early in the pandemic, remittances declined all over Latin America when people found themselves out of work and unable to provide for loved ones.

In November, Trump’s sanctions forced Western Union to close its 407 locations across Cuba. While Cubans abroad have continued to send remittances through travel agencies and couriers and with traveling friends and family, it is estimated that the amount has declined.

All of that has greatly reduced the amount of hard currency, which Cuba needs to buy goods. The island depends on imports for most of its consumption, and it has struggled to import enough food and medicine. All of that, compounded with inflation and blackouts that last up to 12 hours in the sweltering summer heat have, led people to take to the streets in protests.

Cuba’s government does not have the charisma or the historic legitimacy of the revolutionary figures of Fidel and Raúl Castro, Vidal said.

As people protest, “it has to find legitimacy through its results,” he said. 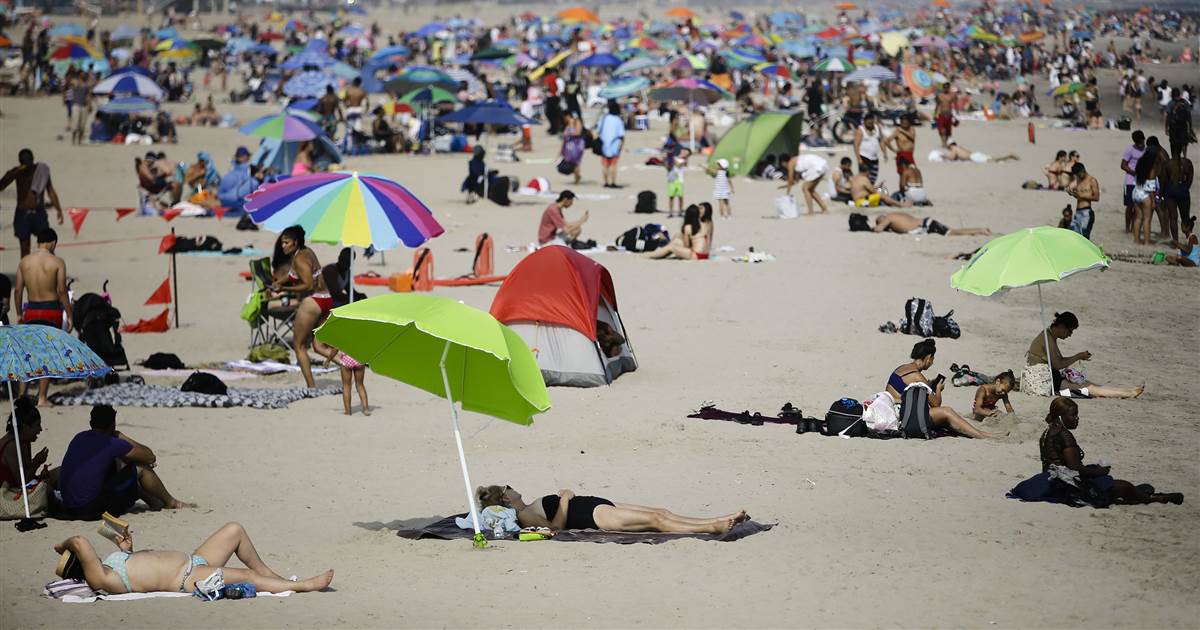 Before the fever breaks this weekend, the extreme heat will put power grids across the country to the test. Utility companies were […]

WASHINGTON — After almost a year of working to pull itself from what was considered a fiscal death spiral, Puerto Rico finds […] 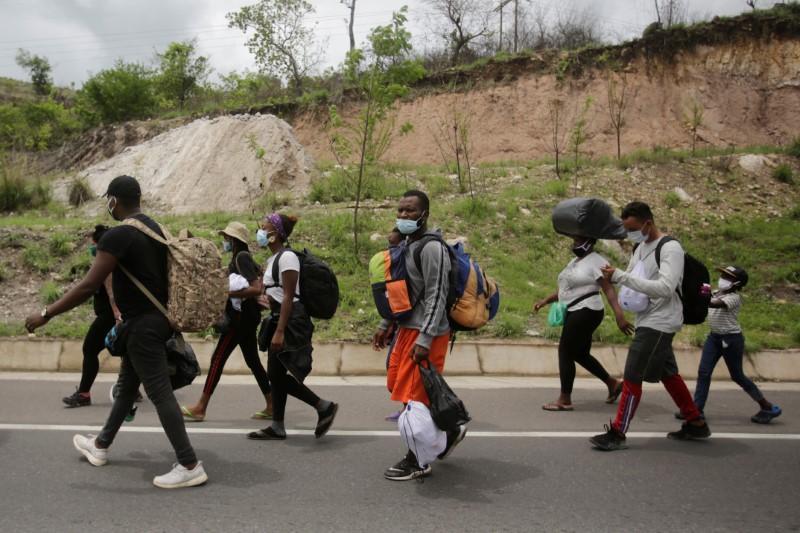 TEGUCIGALPA (Reuters) – Migrants from Africa and the Caribbean, stranded in Honduras after Central American countries closed their borders to curb the […] 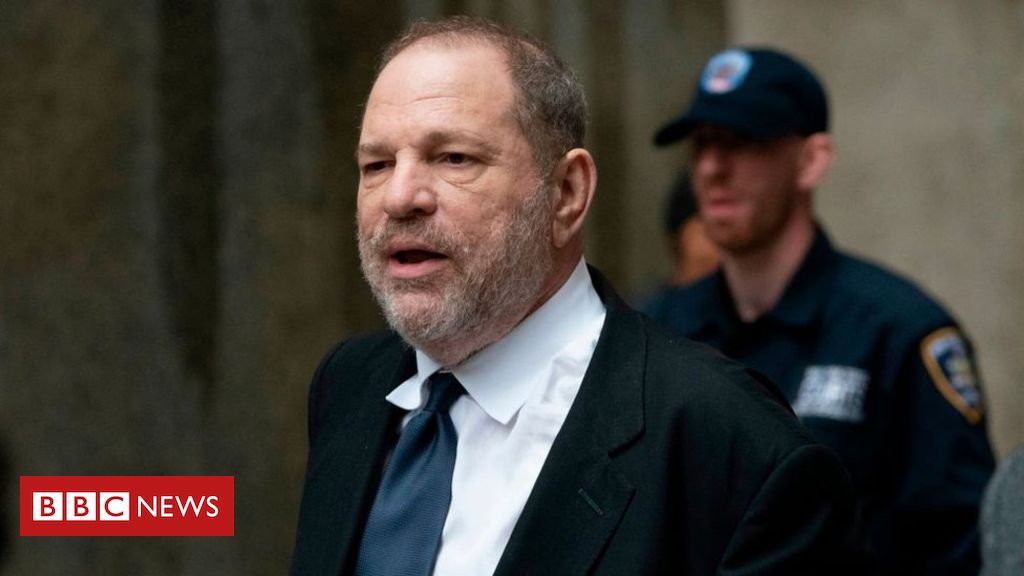