BANDIRMA, Turkey — The Sea of Marmara, fabled for centuries for its blue waters and sparkling fish, laps the shores of Istanbul. Its perfect form inspired a 19th-century historian to describe the ancient city as “a diamond set between two sapphires.”

But the Marmara has been sickening for a long time, and this year, it suffered a paroxysm that choked its waters and suffocated marine life. In April, thousands of fish died and by May a natural secretion called mucilage emerged, smothering harbors and beaches with its slimy film.

“It’s an environmental disaster,” said Burhan Onen, 63, as he gathered his crew for a night of fishing recently in the city of Bandirma. “We have not stopped going out, but catches are down 80 percent.”

Mucilage, also known by the viscerally accurate description of sea snot, is produced naturally by phytoplankton and usually consumed by other marine life, including jellyfish and sea cucumbers.

Mustafa Sari, a professor at the Maritime Faculty of Bandirma Onyedi Eylul University, blamed three triggers for causing the phytoplankton to secrete an excess of the slimy substance beginning this fall: the surface temperature of the Sea of Marmara, which has been steadily warming over two decades and is 2.5 degrees Celsius higher than the 40-year average; excess phosphorus and nitrogen from pollution; and the natural stability of the Marmara, which is an inland sea.

Turkey has been plagued before by mucilage, which bears some similarities to the tides of algae that spread in the Adriatic Sea in 1989 — also caused by overproduction of microorganisms that scientists have linked to warming and pollution.

The problem first came to light in November, when Mr. Sari was flooded with urgent calls from local fishermen about the mucilage.

He asked a friend to investigate. The video his friend brought back from a scuba dive was alarming, he said. Large globules of mucilage were visible in the water, and at about 100 feet deep, the scene was completely black, with zero visibility.

The slime was clinging to fishing nets, making them too heavy to pull in, said Hakan Sevgi, 52, a member of a fishing cooperative. When the mechanical pulley of one boat snapped, the crew spent seven hours hauling in the nets by hand, a job that should take half an hour.

Some crews were forced to jettison their nets and now cast them only in shallow waters for 30 minutes at a time, other fishing workers said.

During a dive this year, Mr. Sari said he found 30 sea cucumbers trying to climb off the sea floor, with one clinging to a seashell in an apparent attempt to rise above the sludge.

On a second dive, he found few left.

“We only saw three, which means the others died,” he said. The slime was diminishing the oxygen in the water, which is deadly to marine life.

December to March were lean times, but the fishing crews were holding out hope that warmer weather would dissipate the mucilage as it had in the past. But in April in Misakca, a tiny fishing village on the southern shore of the Marmara, disaster struck.

“The sand fish all turned white and died,” said Ahmet Kartal, 62. “Even the crabs died.”

“We are famous for our jumbo shrimp here, and now, there is not even one,” he added. “Fifty years I have been a fisherman, and I have not seen anything like this in my life.”

The dead fish had gills clogged with mucilage, Mr. Sari said, but the larger, unseen disaster was a breakdown of the food chain.

“The biggest damage is to the biodiversity of marine life,” he said. “The ones that are not mobile, reefs, mussels, sponges, clams, these were heavily impacted. They will come back, but not in the short term.”

The problems in the Marmara had been brewing for years, said Erol Kesici, a hydrobiologist and adviser to the Turkish Nature Conservation Association.

“There have been years of negotiation and warnings and nothing was done,” he said. “The cause is residential and industrial waste, and untreated waste that is discharged in deep waters.”

The area around the sea is heavily populated — the city of Istanbul alone has grown to 16 million — with plans for further expansion. Mr. Kesici estimated that household waste might account for 40 percent of the pollution, with industry and shipping causing the rest.

President Recep Tayyip Erdogan, who has built his legacy on grand construction projects, has a plan to build a canal through Istanbul to open an additional, fee-paying route for commercial shipping from the Black Sea to the Marmara. Scientists have warned the canal would cause great environmental damage to the Marmara, but Mr. Erdogan and his ministers have countered those claims.

“It is actually the opposite,” the minister of transportation, Adil Karaismailoglu, said in a television interview last month. “When the clean water of the Black Sea mingles with Marmara, the water quality of Marmara will improve.”

Parts of the Marmara area are already heavily industrialized, and the minister of the environment and urban planning, Murat Kurum, said last month that the government had closed a fertilizer factory, a thermal power station and three shipyards to reduce pollution when the mucilage crisis hit the news.

It was not clear whether the closures were temporary, but the minister said the government was also working on declaring the sea a protected area.

The mucilage has hit Turkey at a difficult moment. Crushed by an economic crisis and exhausted by pandemic lockdowns, Turks were desperate for some summer relief. Coastal communities were counting on a buoyant tourist season, and fishing crews, hotels and restaurants were gearing up for busy months.

But faces were glum at the fish market in Bandirma on a recent morning. Sales had been down for months as crews struggled to bring in a catch. But now crates straight off the boats lay on the cement floor while buyers stared, not bidding.

Customers were scared to eat the fish.

“Ordinary people are not buying fish, so the price fell,” said Zihni Erturk, who owns a fishing trawler and a wholesale business. He said his businesses had run at a loss since January.

Across the street from the market, the Moby Dick restaurant was serving only fish from the Black Sea, nothing from local waters.

In Canakkale, a popular tourist town on the Dardanelles where the Marmara feeds into the Aegean, vacationers peered into the harbor at the mucilage that had turned the sea into the consistency of clam chowder.

Girded into action when the slime clogged the ports and beaches, the government deployed municipal workers to try to pump it out. But scientists said that the main problem was underwater and that there was no way to clean the seabed. The mucilage is spreading to the Black Sea and the Aegean, said Mr. Kesici, the hydrobiologist.

He called for more inspections and stronger penalties to prevent illegal dumping, which has been largely unchallenged for years. Stinking rivers and canals still feed into the sea, he added.

But he and others called for a far more fundamental rethinking, including a moratorium for the rest of the century on waste disposal into the sea.

“The burden on the Marmara is too heavy,” Mr. Kesici said. “It cannot bear all the ship building, tourism, traffic, even planes. It needs a break.” 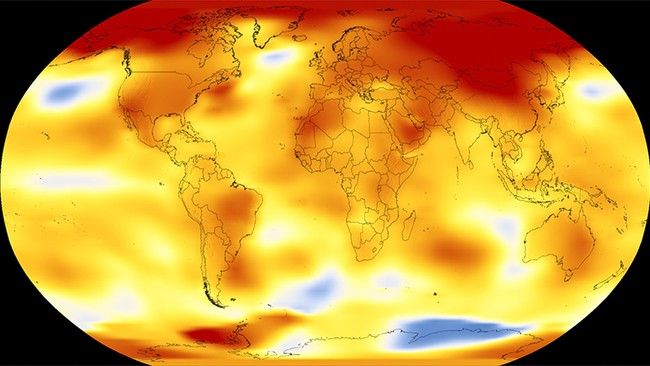 NASA and NOAA are two keepers of the world’s temperature data and independently produce a record of Earth’s surface temperatures and changes. […] 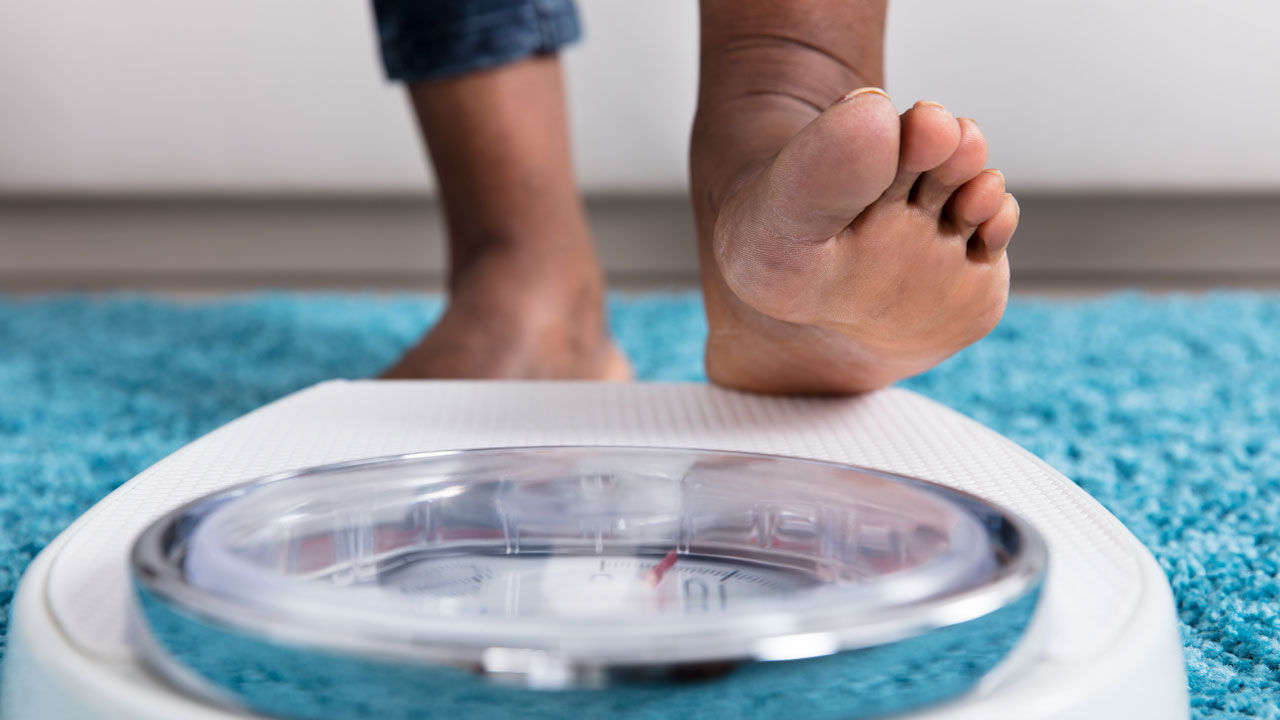 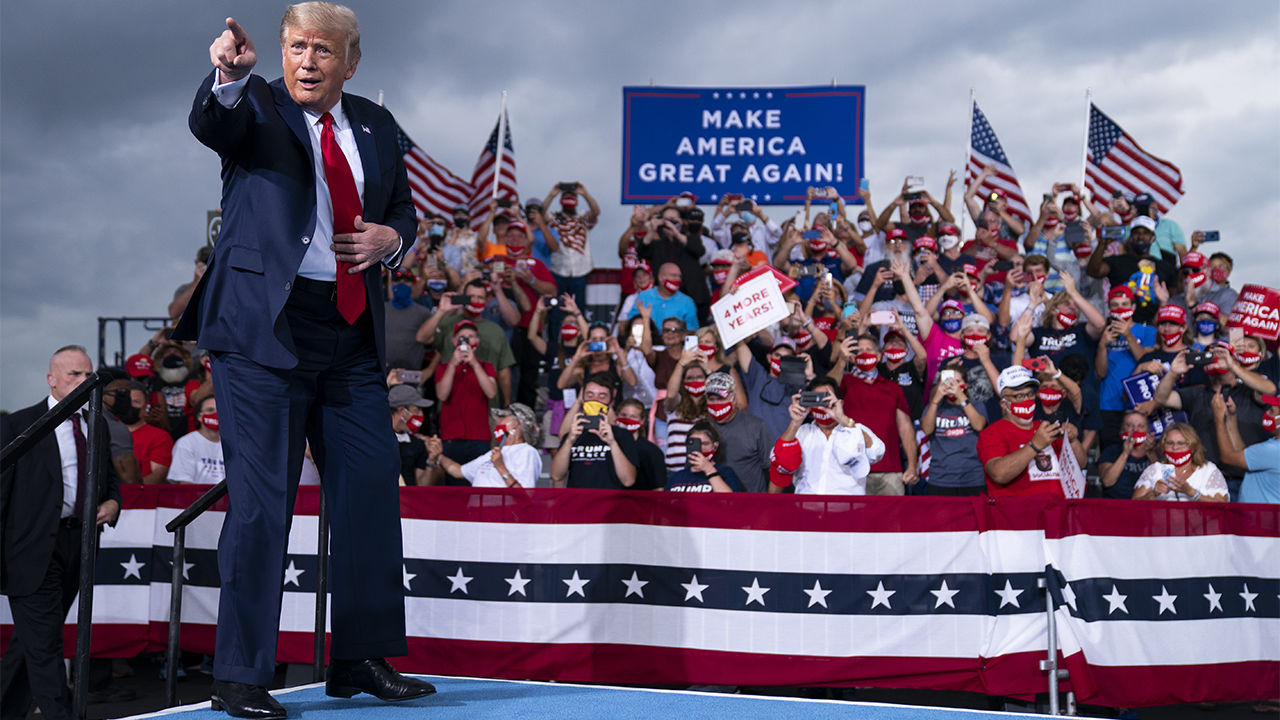