Scottish football clubs to open pop-up Covid vaccination centres in bid to encourage supporters, players and staff to get the jab amid fears of fixture chaos after rise in infections among under-30s

By Stephen Mcgowan For The Scottish Daily Mail

Scottish football clubs have been given the green light to establish pop-up Covid vaccination centres to encourage under-30s to get the jab and avoid the new league season descending into fixture chaos.

A new campaign begins with Premier Sports Cup fixtures on Friday night- and Ross County have already been forced to forfeit Saturday’s League Cup opener against Forfar after a coronavirus outbreak at the Highland club.

With infection rates rising fast amongst the under-30s, the fear of further disruption has prompted Scottish football’s Joint Response Group – led by SFA chief executive Ian Maxwell – to hold positive talks with the Scottish Government over the establishment of on-site vaccination centres in stadium car parks for players, staff and members of the public. 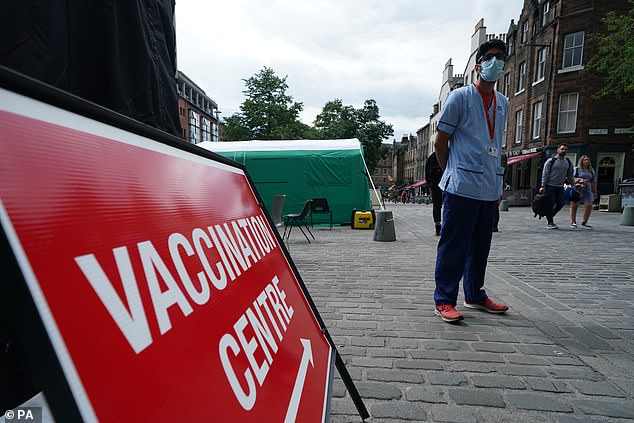 The JRG want clubs to ensure as many players as possible have received both jabs ahead of the new league season. And clubs have now been encouraged to contact their local health boards as soon as possible to get things rolling and play their part in getting the nation fully vaccinated.

The need to offer players more protection has been hammered home following disruption to the first weekend of League Cup action. 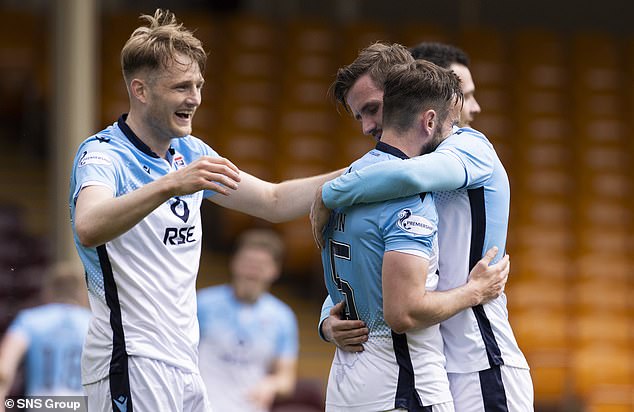 Clubs want to encourage supporters, players and staff to get jabbed in a bid to avoid fixture chaos. Ross County’s game this weekend has been cancelled after a Covid outbreak at the club

Following discussions with the Elite Sport Clinical Advisory Group, County told the SPFL they didn’t have enough players to fulfil tomorrow’s cup fixture – and opponents Forfar have now been awarded a 3-0 victory for the forfeited match. New boss Malky Mackay’s first game in charge is now scheduled to be the Premier Sports Cup visit of Dundee on July 18.

The SPFL say they will continue to liaise with County and that the news ‘demonstrates the continuing threat of disruption by Covid-19’.

Scottish football’s domestic season starts tonight, with crowds of 500 allowed in grounds across the board for the first time since the pandemic began. 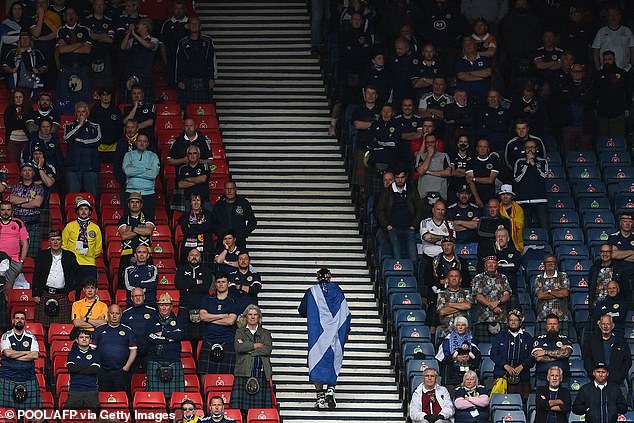 Crowds of 2,000 fans will be permitted at games from July 19 in accordance with rules easing

Crowds of 2,000 fans will be permitted at games from July 19 if Scotland moves to level zero restrictions as planned.

An SPFL spokesman said: ‘Consistent with the announcements in respect of similar issues in the group stage of last year’s competition, any team unable or unwilling to field a team in a Premier Sports Cup round-one group-stage tie will forfeit the match on the basis of a 3-0 defeat. Accordingly, Forfar Athletic have been awarded a 3-0 win in the tie.

‘This announcement demonstrates the continuing threat of disruption to SPFL competitions by Covid-19, particularly given the current levels of transmission of the virus throughout the country. We wish the affected players and staff the very best in their recovery and will continue to liaise with Ross County in the coming days.’ 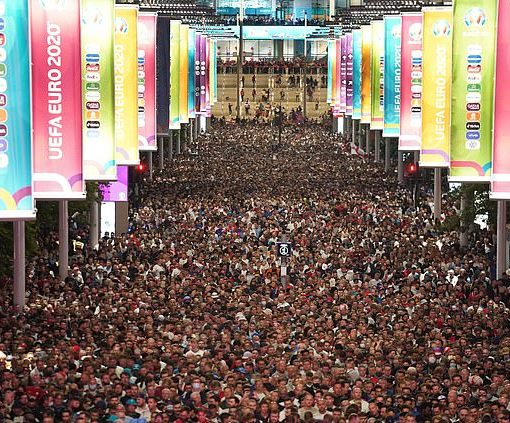 £54,000 for ONE Euros ticket: Mad scramble to be part of history as England prepare to meet Italy in crunch Wembley final… […] 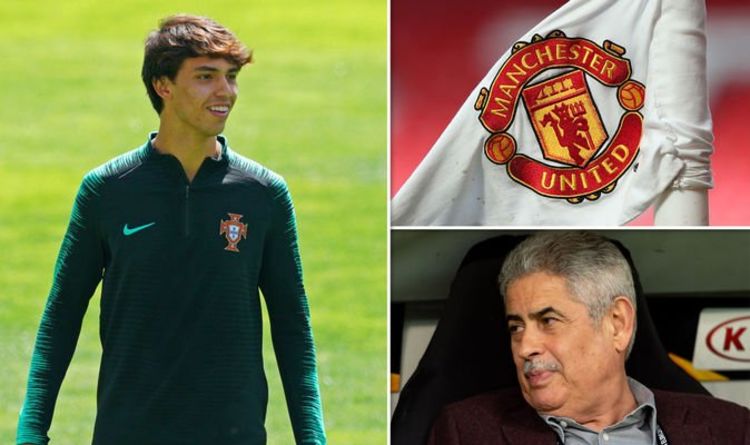 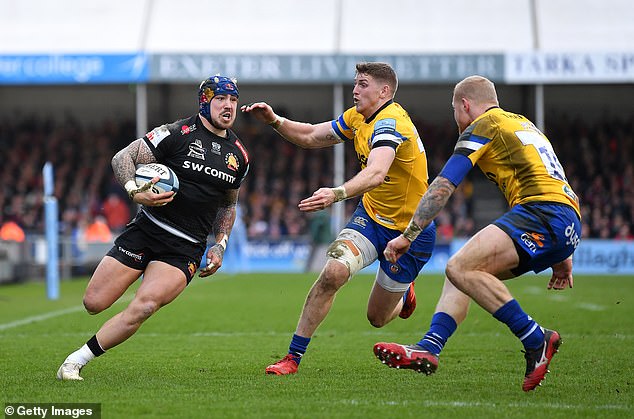 It has been a long and tedious wait, but the Premiership finally bursts back into life this week, with a classic title […]

6.15pm BST18:15 This might be better saved for the final, should England make it, but what the heck. Neither of these countries […]