Just a week ago, the Pacific Northwest — a place normally known for its cool and wet climate — endured the most extraordinary heat wave ever observed there in modern times. Even seasoned meteorologists could not believe what they were seeing as seemingly impossible heat persisted day after day.

Portland, Oregon, climbed to 116 degrees, breaking an all-time record by an astonishing 9 degrees. Lytton, Canada, broke that nation’s all-time record three days in a row, topping out at 121 degrees. The very next day, 90% of the town burned to the ground as over 100 wildfires scorched British Columbia. Officials say several hundred people were killed by the heat, and that number is expected to rise after assessments are complete.

The extremity of the heat wasn’t just unusual — it would have been “virtually impossible without human-caused climate change,” according to a new analysis by 27 climate scientists from the World Weather Attribution network. And the study warns, “As warming continues, it will become a lot less rare.”

The paper concludes that the chances of a heat wave of this magnitude occurring in the absence of climate change are so incalculably small that it would have been “virtually impossible” otherwise.

Even in today’s warmed climate — where average global temperatures have increased by 2 degrees Fahrenheit since pre-industrial times — the analysis finds that this heat wave is a 1-in-1,000-year event. The finding verifies an estimate CBS News reported last week as scientists took stock of the record-breaking heat.

In addition, the World Weather Attribution team also found that climate change made this heat wave at least 150 times more likely and nearly 4 degrees hotter than it would have been before humans began warming the climate back in the 1800s.

Perhaps even more concerning are their conclusions about our future. The team found that if Earth keeps warming on the current trajectory, and by mid-century we surpass the Paris Climate Accord’s goal of limiting warming to 2 degrees Celsius (3.6 degrees Fahrenheit), then heat waves of this magnitude will no longer be 1-in-1,000-year events — they will happen once every 5 to 10 years.

“Our results provide a strong warning: our rapidly warming climate is bringing us into uncharted territory that has significant consequences for health, well-being, and livelihoods. Adaptation and mitigation are urgently needed to prepare societies for a very different future,” the paper states.

“What we are seeing is unprecedented”

Even seasoned scientists who routinely study the link between extreme weather and climate change, like study co-author Geert Jan van Oldenborgh, of the Royal Netherlands Meteorological Institute, were shocked at how out-of-bounds the recent heat wave was.

In an email correspondence with CBS News, Oldenborgh said: “We agree completely with meteorologists. Last year we would have said a heat wave of his magnitude would have been impossible. It looked as if heat waves were well-behaved, with temperatures gradually rising with global warming, about two times faster than the global mean temperature. And then we got this.”

CBS News asked him what the chances were that a heat wave of this magnitude could have occurred before human-caused climate change. His estimate is startling: “larger than very roughly [once per] 150,000 years.”

Study co-author Dr. Friederike Otto, of Oxford University, was equally amazed. “What we are seeing is unprecedented. You’re not supposed to break records by seven to nine degrees Fahrenheit. This is such an exceptional event that we can’t rule out the possibility that we’re experiencing heat extremes today that we only expected to come at higher levels of global warming,” Otto said.

In order to reach these conclusions, the team studied the high temperatures from Sunday, June 27, to Tuesday, June 29, in an area focused on the Pacific Northwest including Vancouver, Canada; Seattle and Portland — a region of about 9 million people.

The dots in the graphic below represent by how many degrees (Celsius) each weather reporting station broke its daily record.

The study consisted of two approaches. The first was a statistical analysis of how likely an event of this magnitude should be based on historical data. The second method used advanced climate models to ascertain what the chances of a heat wave like this would be without the warming from human-caused climate change.

In both cases, this event was far beyond the bounds of a normal climate — meaning it would be virtually impossible without the human influence on climate.

Perhaps most surprising, though, is that such an extreme event, even in our current heated climate, should only happen once every 1,000 years. This means either the Pacific Northwest heat wave was incredibly bad luck, or science still hasn’t grasped the extent to which climate change is impacting such extreme weather. This is the favored conclusion of some of the authors of the paper.

“While we expect heat waves to become more frequent and intense, it was unexpected to see such levels of heat in this region. It raises serious questions whether we really understand how climate change is making heat waves hotter and more deadly,” said Oldenborgh.

Dim Coumou, also of the Royal Netherlands Meteorological Institute, agrees: “This event should be a big warning. Currently we do not understand the mechanisms well that led to such exceptionally high temperatures.”

But Coumou takes it a step further, surmising that humans have warmed the planet so much that the impacts are now escalating beyond simple cause and effect.

“We may have crossed a threshold in the climate system where a small amount of additional global warming causes a faster rise in extreme temperatures,” he said.

In the paper, the authors make clear that climate change is making “every” heat wave more intense. The image below, from the study, shows that the trend in the highest daily temperatures (in degrees Celsius) is increasing in almost all parts of the world.

The heat wave was caused by an usually strong ridge of high pressure, which is like a mountain of warm air, stacked vertically in the atmosphere. This “heat dome” was stalled over the region for a week, stuck in an atmospheric traffic jam known as an Omega block.

Under this heat dome ridge is sinking motion, which tends to compress and heat the air. Local effects contributed as well, such as a downslope wind off the mountains, which acts in the same way, compressing and heating the air. These effects are typical of heat waves.

But the bigger question is, was the heat dome made more likely by our now warmer climate? In other words, has climate change shifted Northern Hemisphere steering currents, causing the jet stream to be slower and more wavy, allowing these stalled heat domes to become more common? The theory, called Quasi Resonant Amplification, was floated by the attribution team but not analyzed in this study.

However, Dr. Michael Mann, famed Penn State climate scientist who studied and coined the terminology, is certain it played a role.

“The report underscores why these attribution analyses are ultimately limited in terms of what conclusions can be drawn. They acknowledge that the models used don’t capture the jet stream phenomenon (resonant planetary amplification) that WE KNOW played an important role in this event, in favoring the intensity and persistence of the heat dome,” Mann said.

While there are various and complex factors that came together to magnify this specific event, NASA scientist Dr. Peter Kalmus says the extreme heat wave is evidence of our escalating climate crisis.

“Climate impacts including extreme heat, fire, and drought are hitting us now. They are like punches to our civilization and they will keep coming both faster and stronger. These and other impacts will keep intensifying so long as we burn fossil fuels,” said Kalmus.

The authors of the study agree and say the takeaway is simple: “Until overall greenhouse gas emissions are halted, global temperatures will continue to increase and events like these will become more frequent.”

Kalmus takes it a step further, telling CBS News, “If you think about it, there’s no way to adequately prepare for these impacts. The only reasonable option is to do whatever it takes to completely end the fossil fuel industry in the short term. We need strong policies, but we also need the public to realize what an emergency this is in order to get those policies.”

Marriage advice from Jimmy Carter on his 75th wedding anniversary 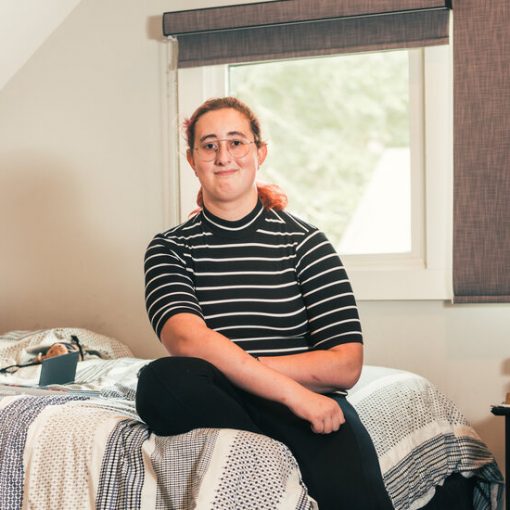 Piper, a 17-year-old transgender girl, says she knows she is fortunate. She lives just outside Atlanta, with a supportive family and two […] 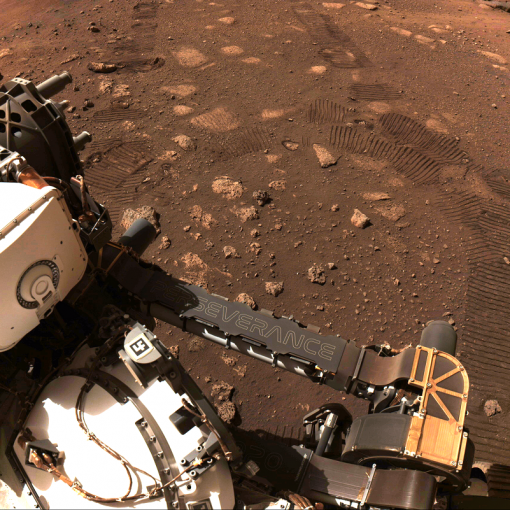 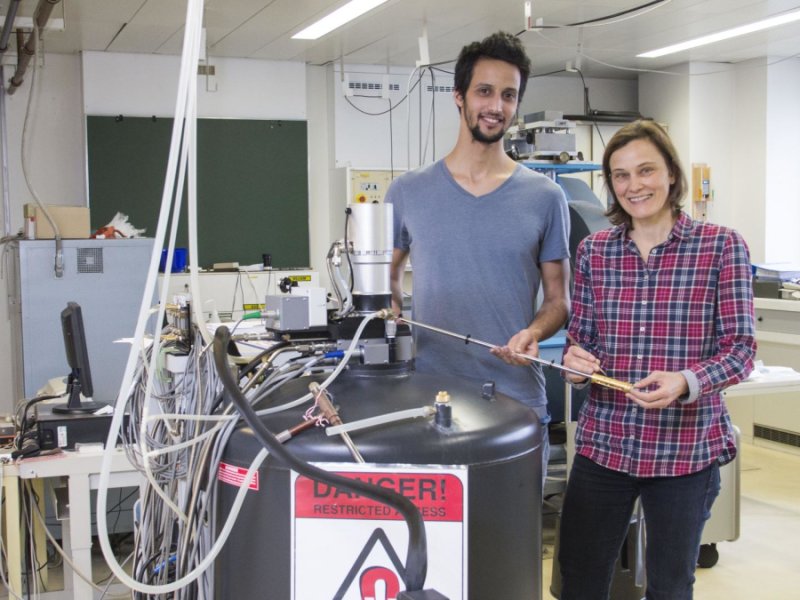 Weyl particles are not particles which can move on their own (like electrons or protons), they only exist as ‘quasiparticles’ within a […] 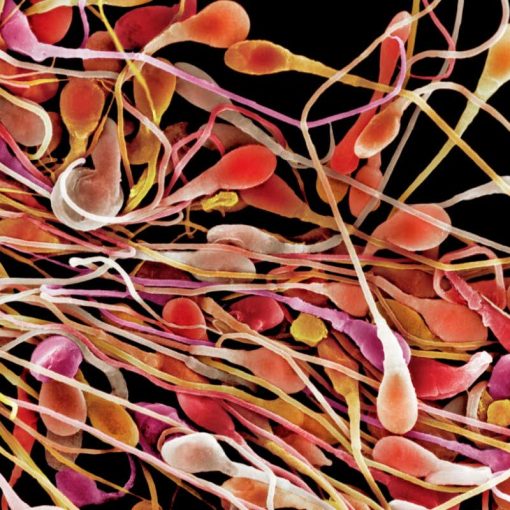 Healthier sperm are normally selected for IVF using a centrifuge, which can damage the cells, but an alternative method can do the […]