This Morning presenters Holly Willoughby and Phillip Schofield left fans scratching their heads as they sat two meters apart on the ITV show yesterday. However, just hours earlier, the friends had been sat next to one another as they soaked up the atmosphere at Wimbledon.

But Holly, 40, and Phillip, 59, remained distanced from one another as they sat on the ITV sofa.

Brighton-born Holly took to her Instagram account, sharing a selfie alongside her close friend Phillip as they enjoyed a match taking place in Centre Court.

She captioned the post: “Dreamy day at @wimbledon yesterday… strawberries and cream were seriously harmed in the process… thank you @champagnelansonuk for having us.”

The pair have since addressed the confusion, admitting they are also confused by the government guidelines.

READ MORE: ‘Needs to be careful’ Prince Harry gets warning from Richard Madeley

Before her co-star continued: “But we can’t sit side-by-side here because that was outdoors, and then they closed the roof so does that become indoors?”

“If Holly and Phil sit 2 metres apart on @thismorning today, after a very public show of being sat closely next to each other at Wimbledon yesterday it will fully prove how stupid these rules really look now! #thismorning,” said another on Twitter.

A fourth quipped: “What is the point of Holly and Phil sitting apart on @thismorning We’ve all seen the photos of them sitting together at Wimbledon yesterday. They even posted it to their Instagrams! Those in the public eye need to stop with the hypocrisy #ThisMorning @hollywills @Schofe.”

Holly and Phillip attended Wimbledon on the iconic Manic Monday, the traditional start of the tournament’s second week when all 16 fourth-round matches, on the men’s and women’s sides, are played in a single day.

Mr Johnson stated that from July 19, there will be no government-enforced restrictions on wearing face coverings or social distancing.

There will be no need to use the NHS Test & Trace application when visiting restaurants, night clubs or pubs.

However, the government said face coverings may be worn as a precautionary measure – should people feel the need to protect those around them.

5.28pm BST17:28 EU recommends against lifting Covid-19 restrictions for US travelers Daniel Boffey The European Union has removed the US from a […] 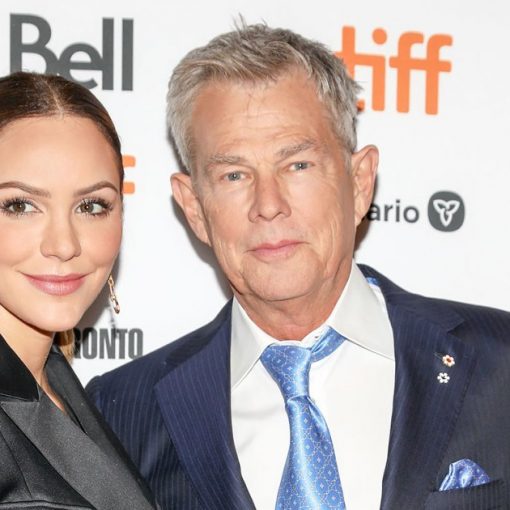 Shake it off! Katharine McPhee revealed she was originally concerned what people would think of her and David Foster’s age gap, she […] Host Ant McPartlin told PA news agency: “We did worry that we were going to bankrupt ITV. “I think ours [show] is different […]

Two years ago I noticed I was visiting the toilet some 24 times within a 24-hour period – it totally destroyed my sleep.  My […]