An 11-year-old died and another child is critical after a raft overturned on a water ride at an Iowa amusement park.

Michael Jaramillo, 11, succumbed to his injuries Sunday, the Altoona Police Department announced on Monday, and another remains in critical condition.

Two others who were on the Raging River ride at Adventureland Park in Altoona, Iowa – outside of Des Moines – on Saturday night suffered minor injuries, the police department tweeted, after a raft carrying six people flipped over.

‘Our thoughts and prayers are with the Jaramillo family as they navigate the heartbreaking loss of their child,’ the police department said in a statement. 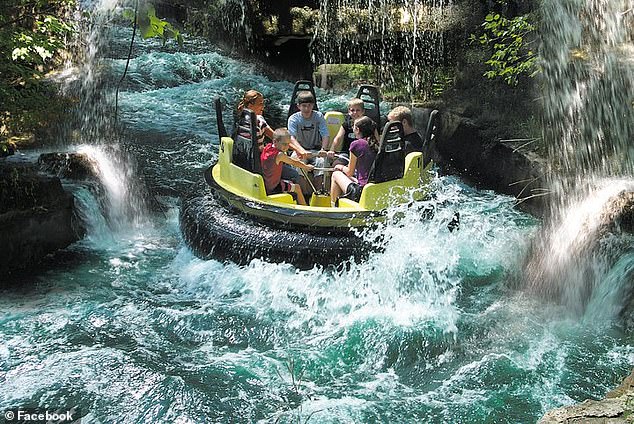 A raft carrying six people flipped over on the Raging River ride (pictured) at Adventureland Park  in Altoona, Iowa on Saturday, injuring four people – one of whom later died from their injuries. File image 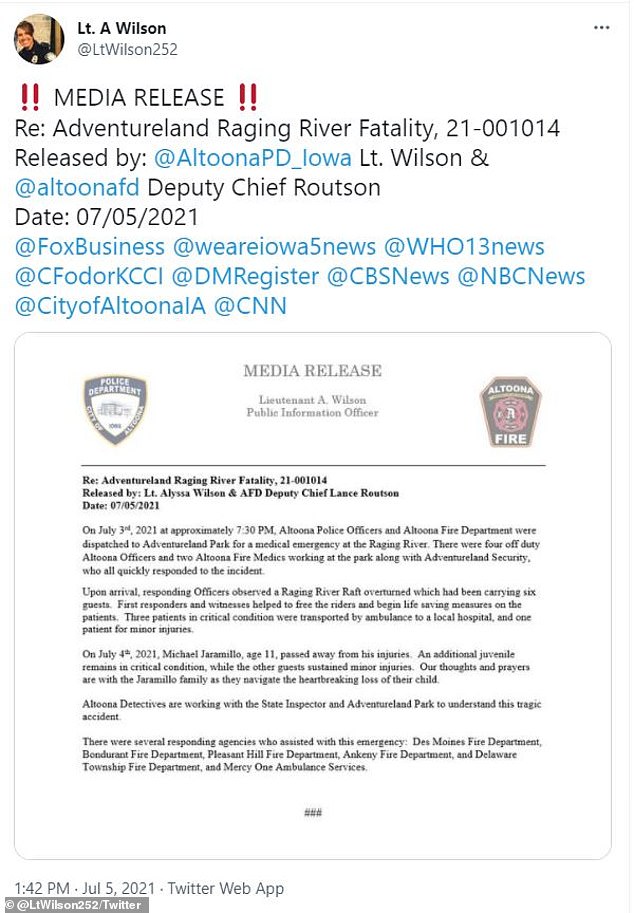 Altoona police officers and firefighters arrived at the scene around 7.30pm Saturday night, and worked with witnesses to try to help free the passengers.

They performed life-saving measures on the patients, the police department announced.

Four of the passengers were sent to a local hospital that night – three of whom were critical, according to the Des Moines Register, but on Sunday, theme park officials released a statement saying one had died.

‘Adventureland is saddened to learn of the passing of one guest involved in the Raging River accident on the evening of 7/3/21,’ officials posted on Facebook Sunday night.

‘This investigation is ongoing and the ride remains closed,’ the statement continued.

‘Adventureland is working closely with both the state and local authorities, and would like to thank them again for their efforts.

‘At this time, we ask for your thoughts and prayers for the guest and their family, as well as for our team members who were onsite.’

The Altoona Police Department is now working with the Iowa State Inspector and Adventureland Park officials ‘to understand this tragic accident.’

The other victims’ names have not been released. 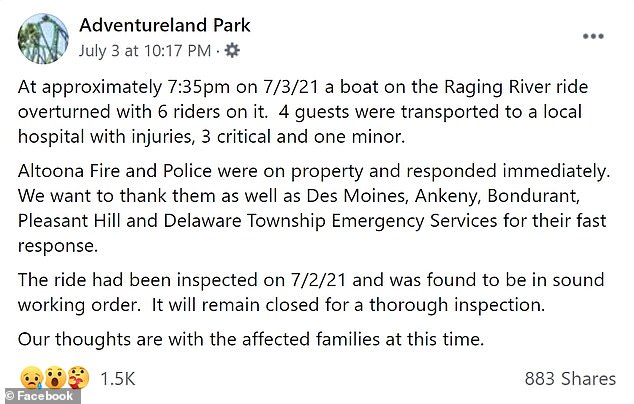 Park officials said fire and police officials responded immediately to the call, but the ride, which is described on the amusement park’s website as ‘a great way to cool off with the whole family,’ is far from the park’s entrance, making it difficult for first responders to get to the scene.

‘That’s the closest we could actually get an apparatus there, and they would have to walk the rest of the way and carry their equipment and so forth back.’

The ride, which simulates white water rafting, was reportedly inspected on Friday – one day before the incident – and was found to be in ‘good working order,’ park officials wrote in a statement, but it will remain closed for a more thorough inspection. 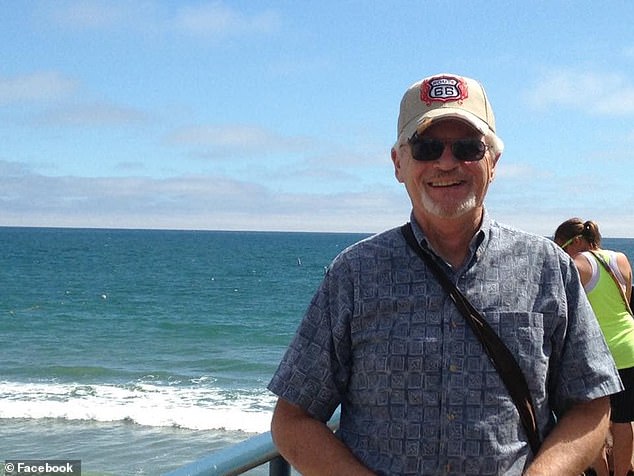 In 2016, Steve Booher, 68, died from injuries he sustained while trying to get passengers off the ride. He fell on the conveyer belt and suffered a fractured skull and a minor brain injury

Five years ago, an employee at the park who was just six days on the job, died from injuries sustained while trying to help passengers off the rafts.

Steve Booher, 68, reportedly fell on the conveyer belt and suffered a fractured skull, along with a brain injury.

He died four days later, and the state’s Occupational Safety and Health Administration fined the theme park $4,500 – the most it could assess for the violation.

The lawsuit alleged that the ride operator was negligent by prematurely starting the ride in violation of park rules and leaving it in operation even as Booher was down with injuries and patrons yelled at him to stop. 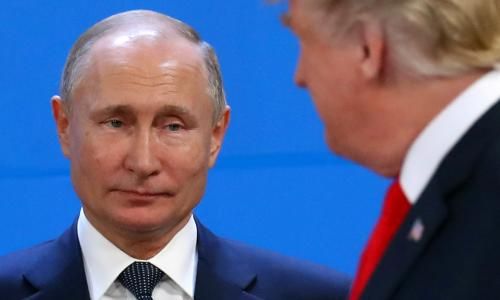 Photograph: Marcos Brindicci/Reuters In a year dominated by a US presidential election between a kleptocrat and a democrat, a book about world-class […] 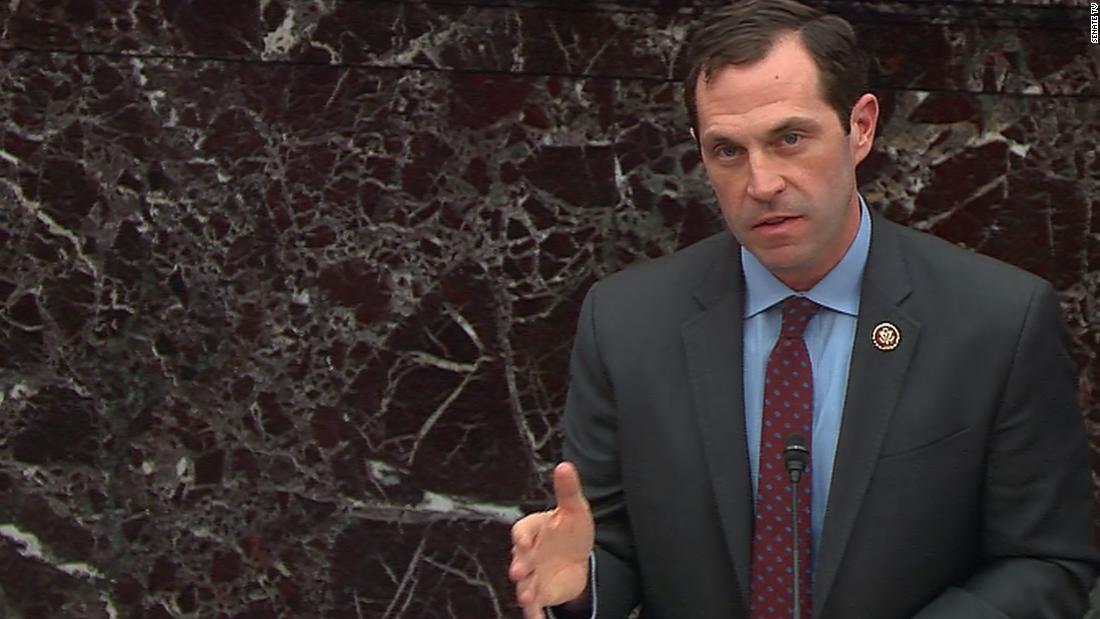 As lawmakers on Capitol Hill grapple with how to contain the spread of coronavirus across the United States, at least 21 members […] 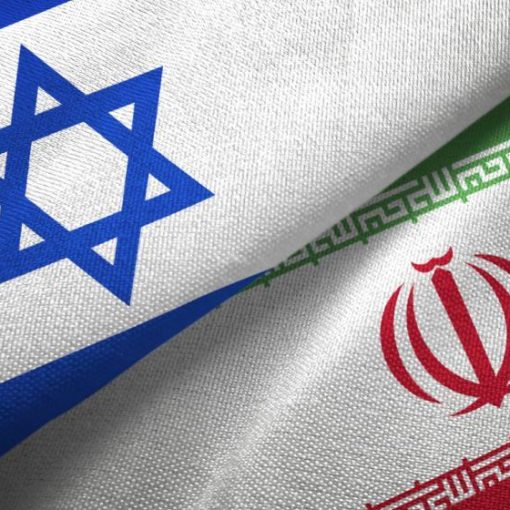 The New York Times Michigan’s Virus Cases Are Out of Control, Putting Gov. Gretchen Whitmer in a Bind Nowhere in America is […]