Joe Biden will celebrate ‘independence from COVID-19’ during his July 4th speech from the White House on Sunday despite the U.S. missing his goal of getting 70 per cent of Americans at least one shot by the mid-summer holiday.

‘In his remarks this evening, the President will celebrate the progress the country has made in its pandemic response,’ a White House official said of Biden’s speech.

‘Thanks to his whole-of-government approach and the strength of the American people,’ the official continued, ‘vaccinations continue to rise and cases and deaths have fallen by more than 90 per cent since January.’

‘Because of this, Americans across the country are able to celebrate this Fourth of July together.’

Biden arrived back in Washington D.C. from a short trip to Wilmington, Delaware. Along with him are first lady Jill Biden, granddaughter Finnegan Biden, 21, and her friend.

Ahead of the annual fireworks show, the president will hold a BBQ on the South Lawn of the White House with first responders and military families. He will then make remarks before the display kicks off. 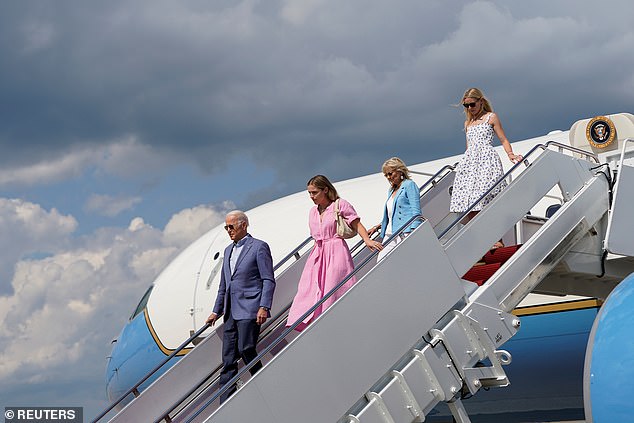 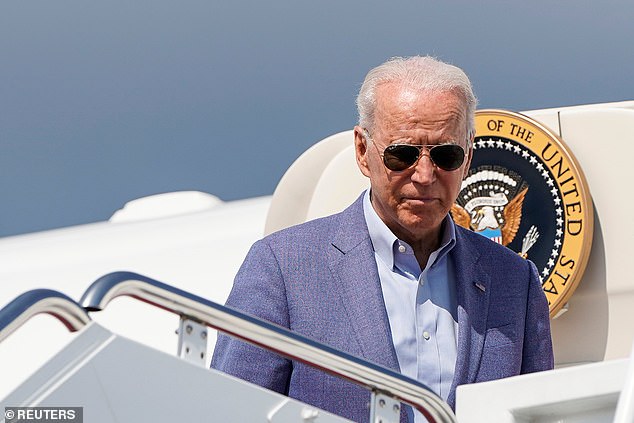 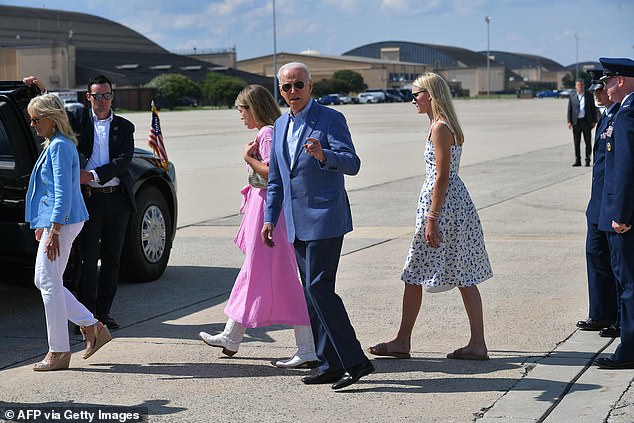 Biden arrives in Washington, D.C. on July 4 before heading to the White House for a BBQ with first responders and military families. Pictured behind Biden (L-R) are Jill, the late Beau’s daughter Finnegan, 21, and her friend

Despite the celebratory occasion, the president will ‘reflect on the over 600,000 lives lost from the virus’ and push for the rest of Americans to get vaccinated against COVID-19.

Biden set a goal to get 70 per cent of Americans at least one dose of the vaccine against coronavirus and for 160 million to be fully inoculated by July 4, 2021 – and the administration fell short of both.

‘He will note that, while we’ve made strong progress against the virus in the United States, the job is far from over,’ the White House official said of Biden’s upcoming speech. ‘He will urge every American to join the fight—to roll up their sleeves and get vaccinated—and reiterate his Administration’s redoubled efforts to boost vaccinations.’ 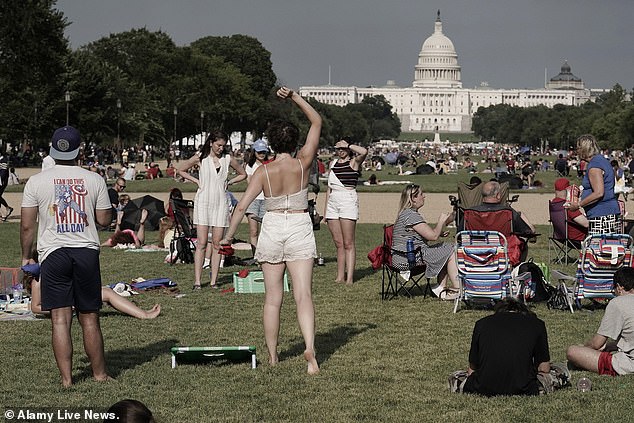 Back to normal: People gather on the National Mall for the 245th Anniversary of the U.S. declaring independence from Britain. The CDC recommends vaccinated Americans can gather normally without fear of a super spreader 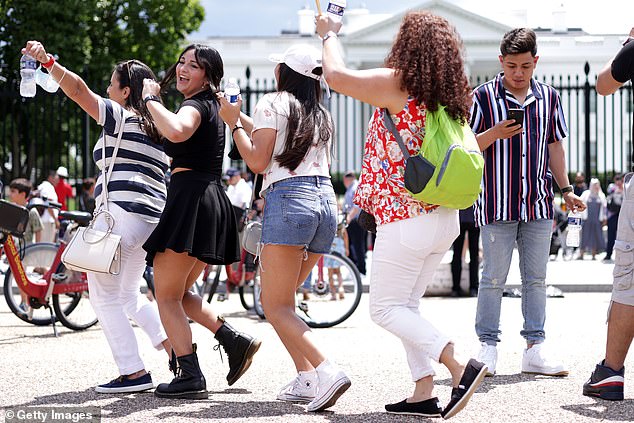 The president started his Independence Day with a trip to church in his hometown of Wilmington, Delaware .

He emerged from St. Joseph on the Brandywine on Sunday morning and was pictured walking through the cemetery, where his son Beau Biden is buried.

Jill Biden, who is usually alongside her husband for church services, was not pictured with him this Sunday. Instead, she was in Philadelphia, Pennsylvania attending and speaking at the Celebration of Freedom Ceremony in front of Independence Hall.

Biden spends the majority of his weekends away from Washington in Wilmington, where he is usually pictured attending Catholic mass once – sometime twice – during his two-day stay.

The first couple departed from Wilmington on Sunday afternoon to head back to Washington, D.C. for a July 4 celebration at the White House. 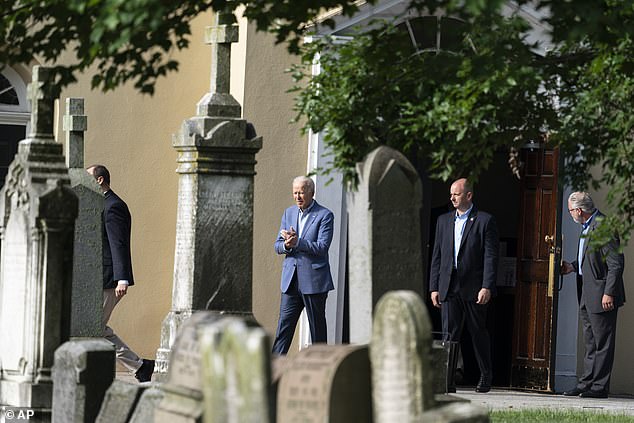 Biden, a devout Catholic, spent his Independence Day morning attending mass at St. Joseph on the Brandywine in his hometown of Wilmington, Delaware 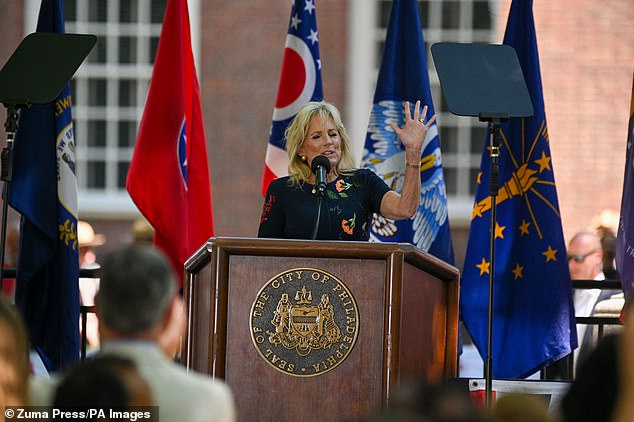 First lady Jill Biden was in Philadelphia, Pennsylvania speaking at the Celebration of Freedom Ceremony in front of Independence Hall on July 4 morning

The president will make remarks to mark Independence Day, but the White House notes it will also be a speech celebrating ‘independence from COVID-19’.

Essential workers and military families are invited to the Fourth of July BBQ at the White House ahead of Biden’s remarks – despite concerns of the Delta variant.

‘The President will thank the military families and essential workers who are attending the event for their sacrifices for our country, especially during the pandemic,’ the official said. ‘And he’ll reflect on the progress our nation has made to live up to our founding ideals, and the work still to be done.’

‘The event at the White House is being done in the right way,’ he said, assuring it is being conducted ‘consistent with CDC guidelines.’

Biden and First Lady Jill will then view the annual fireworks display over the National Mall from the White House.

Vice President Kamala Harris is spending her holiday at her home in Los Angeles, California. 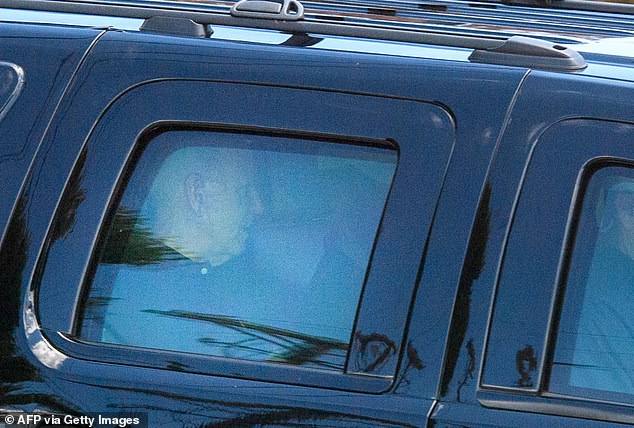 After church, Biden played a round of golf at Wilmington Country Club with former Senator Ted Kaufman. Pictures are the two departing the course on July 4, 2021

Before heading back to D.C., Biden stopped by Wilmington Country Club for a round of golf with former Senator Ted Kaufman.

Ahead of the holiday, Biden’s administration has lauded their vaccine push and insisted that celebrating July 4 in the traditional way is safe again – as long as all the people engaging in the festivities have received the jab.

However, the U.S. missed Biden’s goal of getting 160 million Americans fully immunized by the mid-summer holiday. He also wanted at least 70 per cent of adults to have received at least one shot by July 4, 2021, a second vaccine goal that was not reached.

Zients, who succeeded Dr. Deborah Birx, said the failure could be due to young people who were made eligible for the vaccine much later than adults.

He also told ABC’s This Week on Sunday that this demographic has ‘felt less vulnerable to the disease.’

‘We made a lot of progress,’ Zients praised in a separate interview with CNN’s State of the Union on Sunday morning. ‘I think we’re much further along than anyone would have anticipated at this point.’ 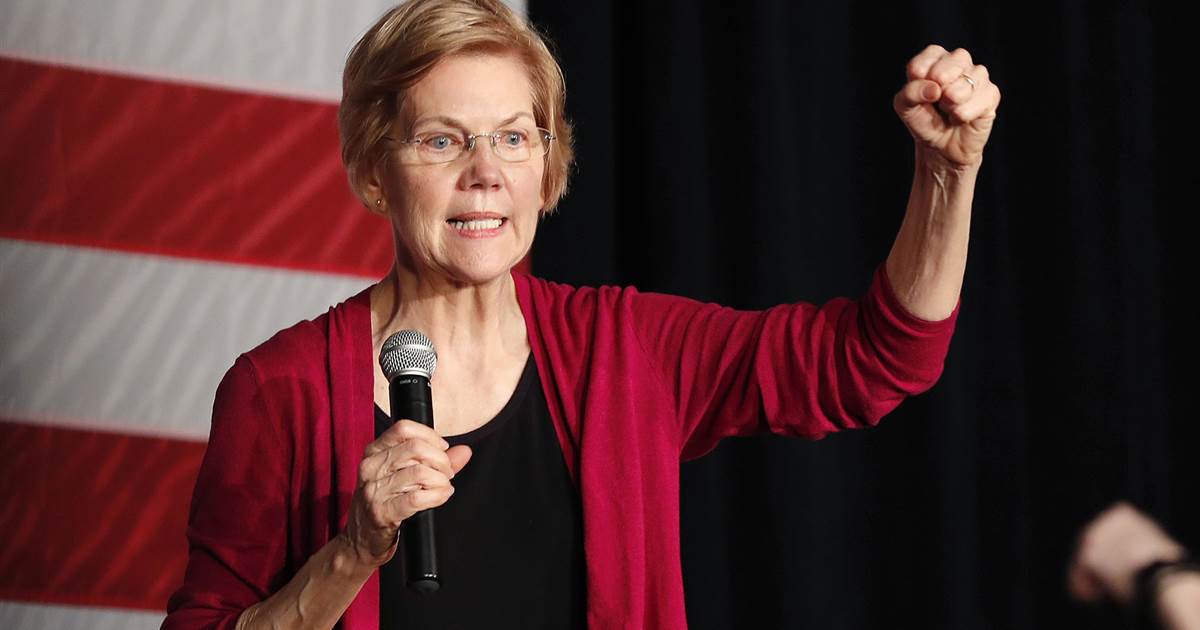 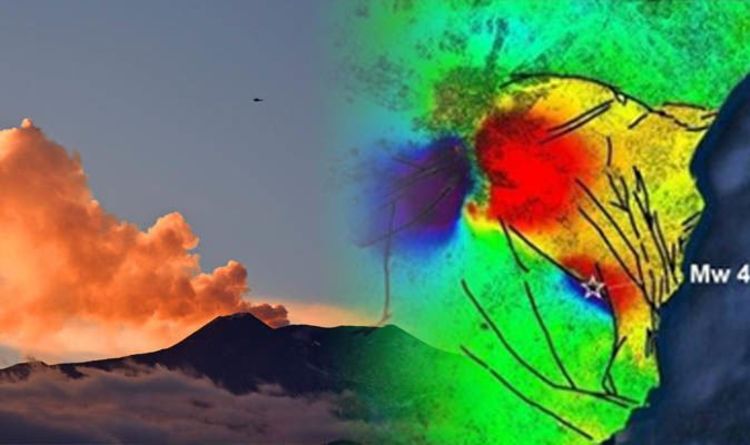 Satellite data has revealed a part of the Italian volcano moved 50cm between December 24 and 26 2018. Analysis of passing satellites […] 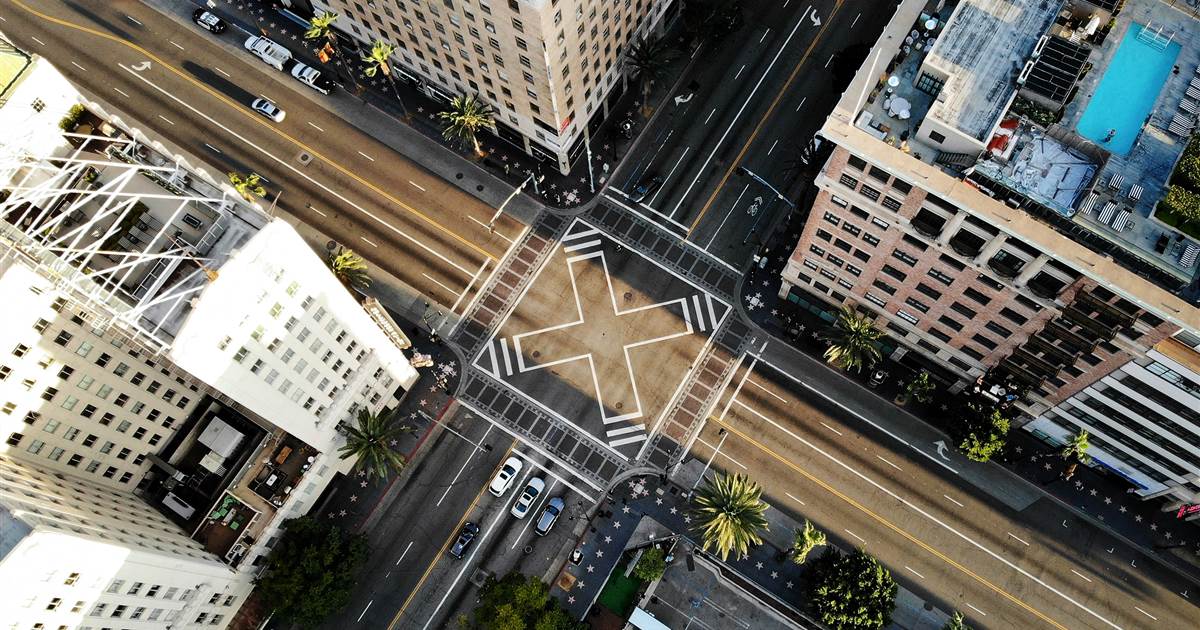 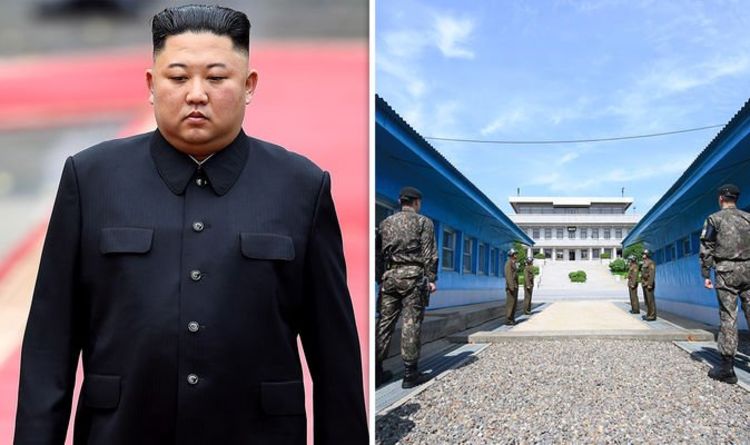