Manchester United may still pursue Cristiano Ronaldo despite the arrival of Jadon Sancho despite a previous stance they would only sign one of the two players, according to reports. United finally announced on Thursday they had agreed to sign Sancho from Borussia Dortmund for an initial fee of £73million.

United’s announcement ended a saga that had been going on for the past year.

The Red Devils again made Sancho their top target this summer after refusing to pay Dortmund’s asking price last year.

Speaking in June, transfer expert Duncan Castles claimed United chiefs would only sign one of Sancho or Ronaldo.

United believed the versatility of Mason Greenwood meant Ole Gunnar Solskjaer would have all bases covered whichever player was signed.

Castles said on Reach PLC’s Transfer Window podcast last month: “They’re looking both for a centre-forward and for a right-sided forward, but they will probably only sign one of those.

“Why? Because they feel like bringing a top talent in in that position – and they’re looking at high-price, high-quality acquisition – can be accommodated in the current squad.

“Should they bring Sancho, or another top-quality right-winger in, Mason Greenwood would move into a centre-forward role, sharing the position essentially with Edinson Cavani, and Anthony Martial would be moved out.

“If instead they go for a quality centre-forward, and Cristiano Ronaldo is on the list of potential acquisitions, as is Erling Haaland who would be Solskjaer’s preference, then Mason Greenwood would stay on the right-hand side and share that position with the emerging Amad Diallo and Dan James.”

However, Castles this week says United could change their mind and still pursue Ronaldo.

That is because the opportunity of a swap deal has arisen, with Paul Pogba potentially heading back to Juventus.

Castles says a swap would prevent embarrassment on the part of United’s owners the Glazers in losing record signing Pogba on a free transfer at the end of his contract in 2022.

Castles said: “You now have presented to them a way of getting Cristiano Ronaldo back to Manchester United, with all its commercial appeal and appeal to the supporters at a time where the Glazers need good PR, and in a way where they can solve the problem with Paul Pogba.

6.26pm BST18:26 25 mins: The players take drinks. Bournemouth will be heartened: they were outplayed for the first six minutes, but have […] 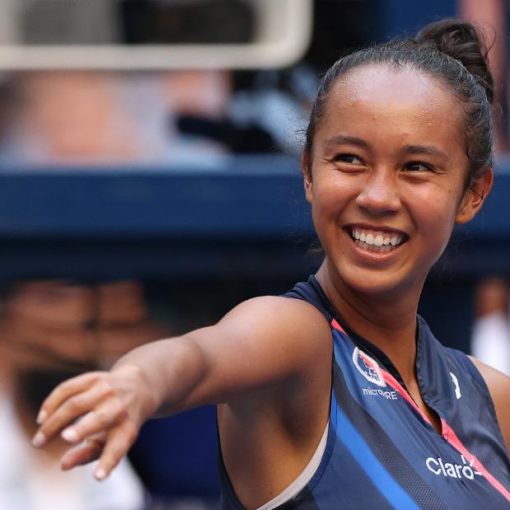 The 19-year-old, who celebrated her birthday on Monday, beat the fifth-seeded Ukrainian 6-3 3-6 7-6 to become the youngest US Open semifinalist […]