JERUSALEM — Israel’s new prime minister is urging the country’s youth to get vaccinated as coronavirus case numbers have crept up in recent days due to a localized outbreak of the Delta variant.

Naftali Bennett’s comments came at a meeting of the government Sunday in Jerusalem.

The prime minister also says the government has appointed a special director in charge of managing the country’s border crossings — with particular emphasis on Israel’s main international airport — and preventing the spread of the coronavirus and other diseases.

Bennett said the appointment of Roni Numa, a former army general, aims to step up the country’s efforts “to prevent the entry of this virus and variants and other future viruses from around the world into Israel.”

Many of the new cases reported in the past week were traced to individuals who had arrived from abroad.

MORE ON THE PANDEMIC

— What should I know about the delta variant?

— Russia mandates vaccinations for some as virus cases surge

KUALA LUMPUR, Malaysia — Malaysia’s leader says the country will indefinitely extend a near-total lockdown that’s been in place for a month, as coronavirus infections remain high.

Prime Minister Muhyiddin Yassin on Sunday said the lockdown won’t be eased unless daily new cases fall below 4,000, the vaccination rate reaches 10% and demand is reduced for intensive care in hospitals. The national Bernama news agency quoted Muhyiddin as saying he hopes this will happen by mid-July.

The lockdown was set to expire Monday.

Daily new cases have stubbornly stayed above 5,000, with the Health Ministry on Sunday reporting 5,586 new infections, taking the country’s tally to 734,048 cases and nearly 5,000 deaths.

Only 6% of Malaysia’s 33 million people have been fully vaccinated so far, but the government has stepped up vaccination efforts.

Malaysia halted most economic and social activities since June 1, after daily cases shot up to more than 9,000 cases.

It was the second nationwide lockdown in over a year and is expected to hurt its economic recovery. The World Bank has cut its growth forecast for Malaysia to 4.5% this year, from an earlier estimate of 6%.

LONDON — The U.K. has recorded its most new coronavirus infections since early February, as the National Health Service runs a “grab a jab” initiative to further drive up vaccination rates.

Government figures on Saturday showed that another 18,270 people tested positive for the virus across the U.K, the highest daily number since Feb. 5.

Over the past week, nearly 100,000 have tested positive, around 50% increase up on the week before. That has raised questions over whether lockdown restrictions will end as planned.

Daily cases have risen fairly sharply over the past few weeks as a result of the delta variant, which was first identified in India and is considered by government scientists to be between 40% to 80% more transmissible than the previous dominant strain. It accounts for nearly all the new cases in the U.K.

Most of the new confirmed cases are among younger age groups which haven’t yet received COVID-19 vaccines. The latest spike came as hundreds of walk-in vaccination sites, including at stadiums and shopping centers, opened in England over the weekend in a bid to boost vaccine numbers, particularly among those younger age groups.

PULA, Croatia (AP) — Croatia forward Ivan Perišić has tested positive for the coronavirus and will miss the match against Spain in the round of 16 of the European Championship.

Perišić will have to self-isolate for 10 days, the Croatian team said in a statement Saturday. The rest of the squad and coaching staff tested negative.

“Medical staff isolated Ivan from the other members of the national team,” the Croatian team said, “and immediately and thoroughly informed competent epidemiological authorities about the situation, providing evidence of complying with all the necessary measures aimed at protection against the spread of coronavirus.”

The quarantine period will also sideline Perišić if the 2018 World Cup finalists reach Friday’s quarterfinals and the semifinals on July 6.

Perišić scored in Tuesday’s 3-1 victory over Scotland, which was missing Billy Gilmour after the midfielder had tested positive for the coronavirus. No other Scotland players were told to isolate.

Croatia has returned to its home country from Glasgow. The Euro 2020 squad, without Perišić, is scheduled to fly from Pula to Copenhagen on Sunday to face Spain the next day.

GENEVA — The head of the World Health Organization lamented the lack of coronavirus vaccines being immediately donated by rich countries to the developing world.

WHO director-general Tedros Adhanom Ghebreyesus said Friday that there was nothing to discuss during a recent meeting of an advisory group established to allocate vaccines.

In his words: “There are no vaccines to allocate.”

Tedros says concerns being raised by some donors that African countries don’t have the infrastructure to deliver vaccines or that there are vaccine hesitancy problems are inconsequential. He criticized rich countries that may be using that as a “pretext” not to donate vaccines.

RALEIGH, N.C. — In the two weeks since the state of North Carolina announced four $1 million prizes would be given out to vaccinated adults, less than 118,000 residents, about 1% of the state population, came in for a first dose.

Less than half of North Carolinians eligible for a coronavirus shot are fully vaccinated, even though there are more than 2.1 million doses waiting on shelves for residents to take.

North Carolina ranks 12th worst in the nation in vaccines administered per capita, according to data from the U.S. Centers for Disease Control and Prevention.

WASHINGTON — U.S. health officials have granted emergency use for another antibody-drug to help hospitalized patients with the most dangerous cases of COVID-19.

The Food and Drug Administration said late Thursday it authorized the drug Actemra from Roche for hospitalized patients who are already receiving steroid drugs, oxygen and other measures to fight COVID-19.

When added to those treatments, studies showed Roche’s drug reduced the risk of death and cut hospitalization time.

Actemra does not target the coronavirus directly but instead helps reduce inflammation, a driver of the disease. It is already approved for rheumatoid arthritis and several other diseases.

GENEVA — The head of the World Health Organization said the COVID-19 variant first seen in India, also known as the delta variant, is “the most transmissible of the variants identified so far” and that it is now spreading in at least 85 countries.

At a press briefing on Friday, WHO director-general Tedros Adhanom Ghebreyesus said the U.N. agency was concerned about it’s the increasing reach of the delta variant, particularly among unvaccinated populations.

“We are starting to see increases in transmission around the world,” Tedros said, adding that “more cases means more hospitalizations…which increases the risk of death.” WHO has previously said that two doses of the licensed COVID-19 vaccines appear to provide strong protection against the variant first seen in India, but warned the lack of access to vaccines in poor countries — which have received fewer than 2% of the billion doses administered so far — makes them extremely vulnerable.

Tedros also said the unchecked circulation of the coronavirus could lead to the emergence of even more variants.

“New variants are expected and will continue to be reported,” Tedros said. “That’s what viruses do. They evolve,” he said. “But we can prevent the emergence of variants by preventing transmission.”

AMSTERDAM — The European Medicines Agency has approved a new manufacturing site for Johnson & Johnson’s COVID-19 vaccine, in a move that should boost production of the one-dose vaccine across the 27-nation EU.

In a statement Friday, the EU drug regulator said the new site in Anagni, Italy, will finish manufacturing of the J&J vaccine, which was licensed for use in adults across Europe in March. Production problems have stalled J&J’s roll-out across the European Union in recent months and millions of doses made at a U.S. factory had to be thrown out after contamination issues.

The EU has ordered 200 million doses of the J&J vaccine and was expecting 55 million by the end of June; to date, fewer than 14 million doses have been distributed.

J&J’s vaccine roll-out was also stalled after the EMA concluded there was a “possible link” between the coronavirus shot and very rare blood clots and recommended that a warning should be added to the label. Health officials say the vaccine’s benefits still far outweigh the risks. 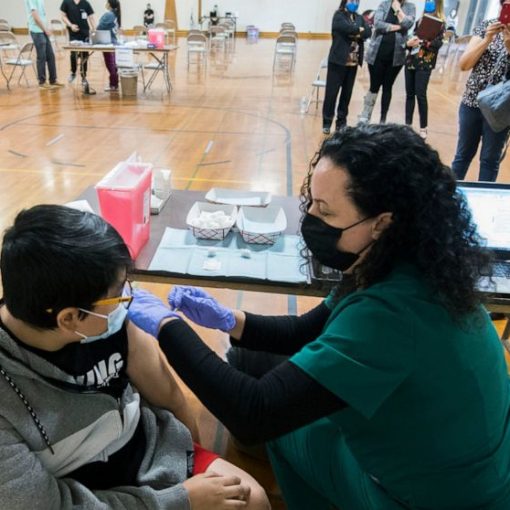 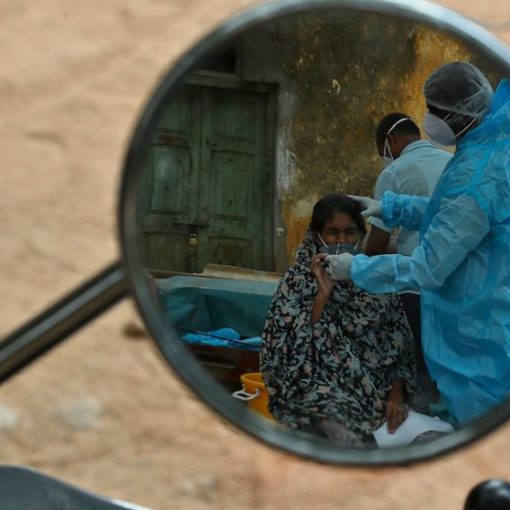 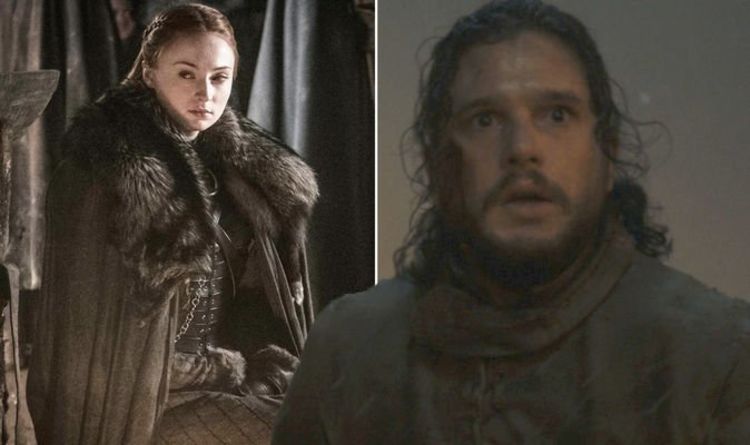 Game of Thrones season eight, episode three leaks are what some fans of the HBO series are eagerly looking for ahead of […] 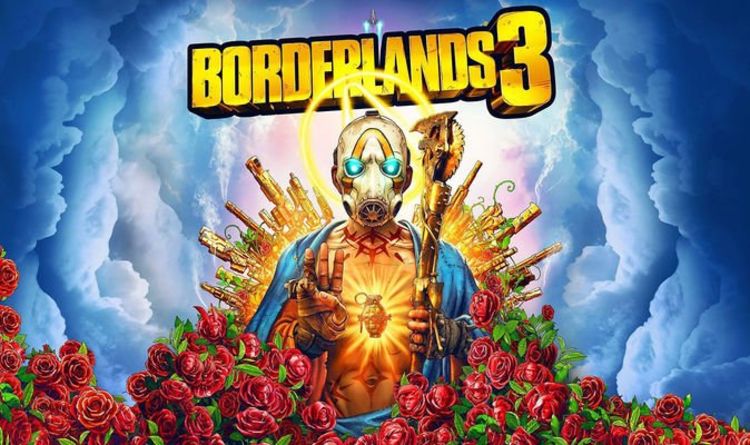 Hardcore Borderlands 3 fans are being given the opportunity to purchase and play the game ahead of its release date. Borderlands 3 […]