A woman who starved, tortured and then killed her maid in Singapore has been sentenced to 30 years in prison, with the judge describing the case as ‘horrific’.

Singaporean Gaiyathiri Murugayan pleaded guilty to culpable homicide among 28 charges related to her abuse of Myanmar national Piang Ngiah Don, who was subjected to 14 months of beating that culminated in her death in 2016.

The abuse inflicted on Piang, 24, was captured on CCTV installed in the family home. She was stamped on, strangled, choked, battered with brooms and burnt with an iron, according to court documents. 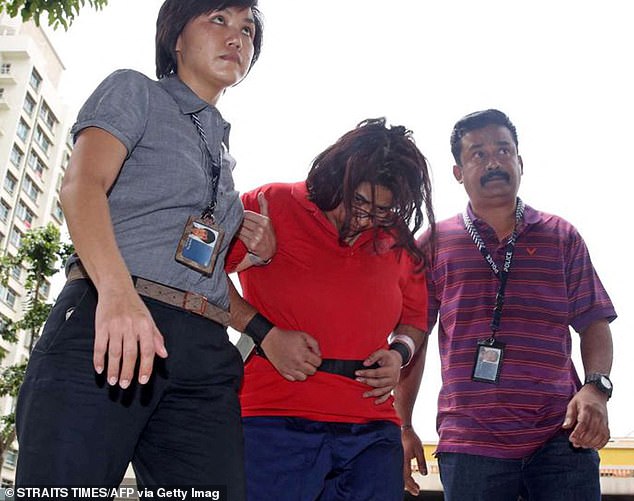 Singaporean Gaiyathiri Murugayan subjected her maid Piang Ngiah Don, 24, to 14 months of abuse – including torture and beatings – that culminated in her death in 2016. Pictured: Police officers escort Murugayan (centre) to her home for investigations in Singapore in 2016

The domestic worker was only allowed to sleep for five hours a night and was provided very little food meaning she lost about 38 per cent of her body weight during her employment.

When Piang died in July 2016 after being assaulted over several hours by Murugayan, she weighed just 24 kilograms (53 pounds), which is the average weight of a seven-year-old girl.

Murugayan, 40, appeared in Signapore’s High Court on Tuesday wearing glasses and a black mask, and sat silently with her eyes closed and head bowed as the judge read his decision.

After hearing an additional plea of mitigation submitted by Murugayan in a bid to avoid the life sentence sought by the prosecution, Justice See Kee Oon sentenced her to 30 years in prison starting from the date of her arrest in 2016.

‘The extremely aggravated and horrific circumstances of the offences are crucial considerations that tip the scales towards retribution and deterrence,’ the judge said in sentencing.

‘She was cognisant of her actions and purposeful in her conduct. She did not lack capacity to comprehend what she was doing.’ 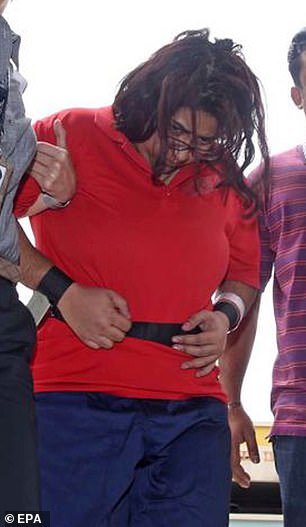 Murugayan abused her maid for 14 months

Justice See cited the ‘abject cruelty of the accused’s appalling conduct’ in his sentencing, which he added must signal ‘societal outrage and abhorrence’ at the crime.

But taking into account the defendant’s obsessive compulsive disorder and the depression she developed around the time she gave birth, See said he did not think that life imprisonment was ‘fair and appropriate’.

The prosecution had sought a reduced charge of culpable homicide rather than murder – punishable with the death penalty in Singapore – after taking into account her mental health.

The maid was employed by Murugayan and her husband, a police officer, in 2015 to help take care of their four-year-old daughter and one-year-old son.

But Murugayan physically assaulted the victim almost daily, often several times a day, with her 61-year-old mother sometimes joining in, according to court documents.

Piang, who had been employed by the family for over a year at the time of her death, was only allowed to sleep for five hours a night, and was forced to shower and relieve herself with the door open.

Provided very little food, she lost about 38 percent of her body weight during her employment, and only weighed 24 kilograms (53 pounds) at the time of her death.

Murugayan’s lawyer Joseph Chen had asked for a sentence of eight to nine years, arguing that a ‘combination of stresses’ had turned the struggling mother into an abuser.

Chen said a family member of his client had asked him to file an appeal seeking a shorter prison term of 15 to 16 years so she could still spend time with her children upon her release.

‘People with psychiatric disorder look at things differently, they cannot pull themselves out of the situation,’ he told Reuters.

‘To the family member, the 30 years sentence is as bad as life imprisonment.’

Chen argued that a harsh sentence would deter mothers in a similar situation from asking for help – an argument that the prosecution called ‘disingenuous’.

Singapore is home to about 250,000 domestic workers who mostly come from poorer Asian countries, and stories of mistreatment are common.

The logo of Airbus is seen on a building in Toulouse, France, March 11, 2021. REUTERS/Stephane Mahe/File Photo GLOBAL BUSINESS WEEK AHEAD […] 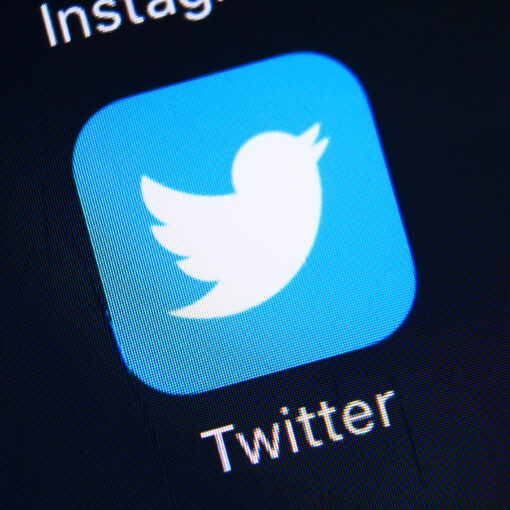 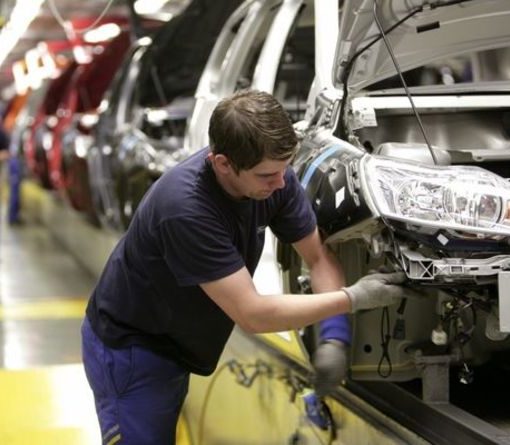 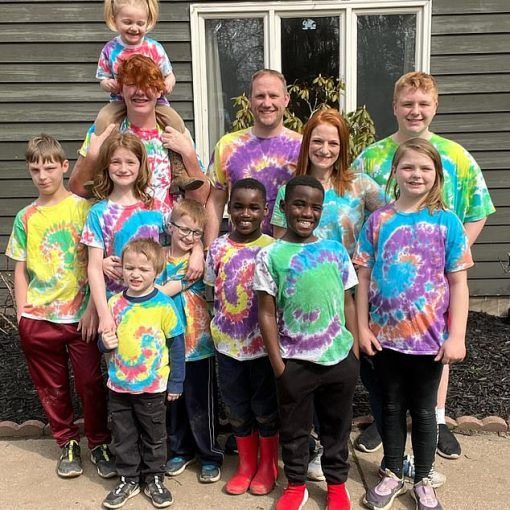