At Harris’ in San Francisco — a quintessential American steakhouse with dark wood, cozy leather booths and dry martinis — the price of the popular eight-ounce filet mignon with two sides recently increased $2 to $56.

It’s even more expensive for the restaurant.

Michael Buhagiar, its chef and owner, said he was now paying 30 to 40 percent more for that steak than he did a year ago. Raising his prices makes up only some of that difference, he said, “but we’re not trying to scare away customers.”

“The frustration for producers like myself is that you’re looking at a situation where demand for beef, domestically and globally, has never been this good,” Mr. Kooima, 63, said. “And we’re not making any money.”

In the postpandemic world, the global supply chain is twisted and broken. As demand for food, vehicles, clothing and other goods has surged, producers and suppliers are struggling to keep pace, either unable to obtain the raw materials or workers needed to make automobiles, ketchup packets and popular drinks at Starbucks.

In the U.S. cattle industry, that chain is dominated by just four meatpacking conglomerates, and their profits are raising tensions. While diners at restaurants and shoppers in grocery stores experience sticker shock from sharply higher prices for ground beef and prime steaks, ranchers say they are barely breaking even or, in some cases, losing money.

They point a finger at the Big Four companies, which account for more than 80 percent of the processed beef sold in the United States: Cargill, JBS, Tyson Foods and National Beef.

On Wednesday, the Senate Committee on Agriculture, Nutrition and Forestry will hold a hearing on transparency and pricing in the cattle market. The hearing follows numerous lawsuits filed in recent years by grocery chains, ranchers and others that claim the meatpackers have colluded to increase the price of beef by limiting supply. Some of the lawsuits have been dismissed, while others remain active. The industry has denied the allegations.

This spring, a bipartisan group of 19 senators urged the Department of Justice to continue its antitrust investigation of the meatpackers. And in recent weeks, Congress has introduced bills aimed at increasing transparency or enhancing competition in the cattle market. One of them would create a special investigator in the Department of Agriculture to investigate “anticompetitive actions by meatpackers.”

“If things don’t change, our food chain is going to change in a very negative way,” said Senator Jon Tester, Democrat from Montana. He warned that small and medium-size feeding operators were already being pushed out of business, and he worries that cow and calf breeders will soon be forced to do likewise.

“The profits just aren’t trickling down to them,” Mr. Tester said.

These are heady times for the beef packing industry. Processors like JBS and Cargill are making as much as $1,000 in profit per head of cattle they slaughter and package into ground beef and steaks — well above the norm of $50 with occasional spikes to $150, according to analysts at RaboResearch.

The beef processors deny they are manipulating the market and note that the four-company concentration has existed for 25 years. Further, none of the participants in the market — the cow breeders, the feedlot operators or the meatpackers — achieve profits every year, said Sarah Little, a spokeswoman for the North American Meat Institute, the meatpackers’ lobbying group.

And while the industry says it has long struggled to hire employees — an issue exacerbated by the pandemic — it is adding capacity. In March, National Beef announced plans to expand capacity at a processing plant in Tama, Iowa. And in early June, the Brazilian-based JBS said it was spending more than $130 million to increase production abilities at two of its major beef processing facilities in Nebraska and $150 million to raise wages.

“We believe our investments in increasing capacity and offering industry-leading wages to attract workers will lead to more opportunities for producers and benefits to consumers,” a spokesman for JBS said in an email.

But that capacity will do little to tamp down surging prices for packaged beef. Since mid-March — as restaurants reopened, global demand accelerated and grilling season started — wholesale beef prices have shot up more than 40 percent, with certain steak cuts skyrocketing more than 70 percent, according to the Department of Agriculture.

Grocery stores, aware that consumers can easily grab a pack of chicken or pork instead, have increased prices for ground beef 5 percent and steaks more than 9 percent from a year ago, according to NielsenIQ. Some restaurants, facing a quandary as diners return in certain parts of the country, are slightly raising prices while others are removing beef from the menu.

Rising costs meant Brookside Beef Company in Kansas City, Mo., was going to have to double the price of its 12-ounce Kansas City strip steak to $50. Instead, Charles d’Ablaing, the owner and chef, decided to pull it from the menu. He occasionally offers beef at his primary restaurant, Brookside Poultry Company.

“Our restaurant concept is to be a place where a normal man could get a really good steak for a really good price,” Mr. d’Ablaing said. “We’re not going to charge people $50 for a steak.”

The higher prices for rib-eyes and strip steaks, though, aren’t filtering down to Brett DeBruycker, 50, a third-generation farmer and rancher in Choteau, Mont.

Like other agricultural industries, raising cattle is often a feast-or-famine business. Myriad unpredictable factors affect it, like weather patterns that flood one area and leave another dealing with drought; broad swings in global demand; and price spikes in other commodities like corn, which feeds livestock.

But Mr. DeBruycker hasn’t made a dollar in profit on his cattle-feeding operation in four years, and he doesn’t believe it’s because of a simple imbalance in supply and demand. Cattle feeders typically buy cattle from ranchers when the animals are under one year old and feed them until they reach their slaughter weight of around 1,500 pounds. Then they sell them to the packing plant.

“Sometimes I’ve lost $400 to $500 a head, sometimes only $20 to $30 a head,” Mr. DeBruycker said. “I get capitalism, and I have a good understanding of the ag markets, but here the true supply-demand curve is broken because the middlemen, the meatpackers, are manipulating the supply.”

One outcome of the consolidation has been the closure of packing plants around the country and, therefore, a reduction in the number of cattle slaughtered each year. In 2007, an average of more than 527,000 steers and heifers were slaughtered each week. In 2019, before the pandemic set in and disrupted operations, the weekly average was fewer than 500,000, according to a report by Derrell S. Peel, an agricultural economist with Oklahoma State University.

Some critics also say the Big Four are reducing competition in the cash market for cattle in parts of the country by buying not at auction or in an open negotiation but rather through undisclosed arrangements they have with massive feedlot operators. The lack of competition in open markets, critics say, has led to a lack of transparency in pricing. Proposed Senate legislation would force the meatpackers to buy more cattle in live markets.

Another outcome of the consolidation has been sharp drops in slaughtering when a single Big Four plant shuts down, even briefly. In August 2019, a fire swept through a Tyson beef facility in Holcomb, Kan., which processed more than 6,000 cattle per day. It remained closed for several months, severely limiting capacity in the United States.

In the spring of 2020, several meatpacking plants were suddenly shut down because of coronavirus outbreaks among employees. Those closures, combined with high demand from consumers rushing to fill pantries and refrigerators, sent processed beef prices soaring. But the prices of live cattle cratered because the shutdowns created a backlog of cattle in feeding lots awaiting slaughter.

And early this month, all of the beef processing plants owned by JBS were shut down for more than a day after the company fell victim to a ransomware attack.

“It’s absolutely ridiculous that they don’t increase production,” said Corbitt Wall, a livestock market analyst at DV Auction and host of “Feeder Flash,” a daily internet show discussing the market. “They are simply disciplined handlers of supply as they make more money on fewer head counts, all the while keeping supplies backed up and consumer demand elevated.” 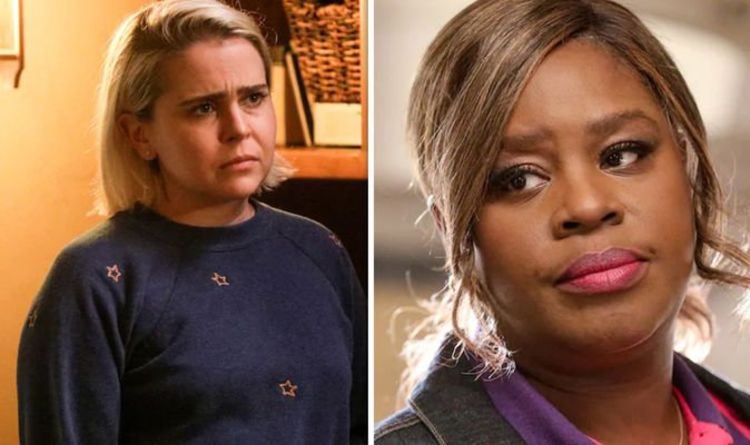 Good Girls airs first in the US on NBC before arriving on Netflix UK after the series has finished airing on TV. […] 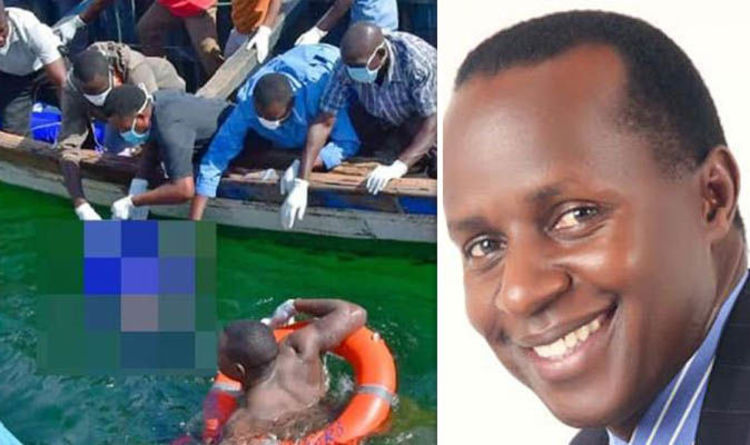 A mass rescue operation is underway after the cruise boat sank while carrying 120 people to a party. The death toll could […] “Yes Day,” which debuts on Netflix Friday, stars Jennifer Garner and Edgar Ramirez as the parents to three spirited kids who get […] His partner has told police the unnamed Brit, who lives in Lanzarote, had left upmarket Marina Rubicon port in Playa Blanca on […]