Some Republicans call for a coherent climate strategy

For years young Republicans have been telling the party that their denial of climate change was unacceptable. Party leaders are finally starting to listen.

Earlier this month conservatives held a rally for climate action in Miami. In Utah, a group of 29 state lawmakers issued a call for a price on carbon dioxide emissions, the most prevalent planet-warming gas. New think tanks that cater to conservatives who want to work on climate change are emerging. In Congress, the Republican leader Kevin McCarthy of California is poised in coming weeks to announce a new task force aimed at developing Republican climate legislation. And today Representative John Curtis, a Republican from Utah, announced the formation of a new Conservative Climate Caucus aimed at educating party members about warming.

Why it matters: Republicans who have worked for years to steer their party in a new direction on climate change are calling the shift significant, saying it shows the party is done with denial and is ready to debate solutions. As Alex Flint, director of Alliance for Market Solutions, a conservative group that advocates a price on carbon, told me: “For two decades there were virtually no Republicans responsibly engaged on climate change. What you’re seeing today is the construction of the policymaking apparatus on the right in the climate space.”

The question is, what Republicans will do with this newfound attention to climate change. Scientists say the policies party leaders have promoted so far — tree planting, promotion of nuclear energy, investment in nascent technologies to capture carbon dioxide emissions from power plants — will do little to actually draw down greenhouse gases from the atmosphere.

What comes next: Republicans will have a chance to test their commitment to doing more than talking about climate change in the coming weeks. So far they have opposed most policies promoted by Democrats and the Biden administration, especially a mandate to require utilities to use wind, solar and other cleaner energy sources to produce electricity. Will Republicans be willing to strike a compromise that enables the United States to significantly reduce its greenhouse gas emissions?

Quotable: “If we’re not successful working with Democrats then we’ll fail,” Mr. Curtis said of his new caucus. “If this is only about getting Republicans talking about climate and it just increases the partisan nature of climate, that’s a failure for me. We have to learn how to engage our Democratic colleagues to move forward legislation.”

The United Nations recommended this week that the Great Barrier Reef be placed on a list of World Heritage sites that are “in danger.”

The recommendation came in a report from UNESCO, the world body’s scientific and cultural agency, that describes the long-term outlook for the reef as having “deteriorated from poor to very poor” in recent years.

The report prompted a fierce reaction from the Australian government, which defended its management of the reef, one of the country’s top tourist draws.

Quotable: Sarah Hanson-Young, a senator from the Australian Greens party, called the U.N. recommendation a “warning sign to Australia from a number of other countries that we really have to step up our climate ambitions.”

There’s a new event coming up in our virtual series Netting Zero. Mark Landler, the Times’s London bureau chief, will speak with experts and opinion leaders about how the pandemic has changed our view of cities, and how that might present new opportunities for sustainable buildings and urban spaces. It’s on July 1 at 1:30 p.m. Eastern and open to all. You can sign up to join us here.

A scorching spring in the West

Over the past week, the western United States has suffered through one of the most extreme heat waves it has ever seen this early in the season. Arizona and Nevada wilted in 115-degree heat. Electric grids in California and Texas came under strain. At Lake Mead, which supplies water for 25 million people, water levels have reached their lowest point since the reservoir was first filled in the 1930s.

It’s clear that global warming is making the situation worse. “Currently, climate change has caused rare heat waves to be 3 to 5 degrees warmer over most of the United States,” Michael Wehner, a climate scientist at Lawrence Berkeley National Laboratory, wrote. Scientists have also found that climate change is exacerbating the ongoing drought in the Southwest, which is currently at its most extreme level in 20 years.

So how is the region coping? For a story last week before the official start of summer, we talked to farmers struggling to maintain their drought-stricken fields, workers risking their lives in dangerous heat and scientists who are warning that the American West will need to take difficult and costly measures to adapt to its hotter, drier future. Read our piece and let us know what you think.

Quotable: “The Southwest is getting hammered by climate change harder than almost any other part of the country, apart from perhaps coastal cities,” said Jonathan Overpeck, a climate scientist at the University of Michigan. “And as bad as it might seem today, this is about as good as it’s going to get if we don’t get global warming under control.”

And finally, we recommend:

The problems with long-distance water pipes

Whenever the Western United States is gripped by drought (as it is currently, quite severely), the question arises: The East has plenty of water, so why can’t some of it be sent to the West?

Putting aside the fact that most experts say the least expensive way for the West to have more water is to do a better job conserving what is already there, the idea of transferring water has a certain attraction. We have oil and gas pipelines all over the place — surely we can pump some water a thousand miles or so and over the Rockies.

A project to move a significant amount of water from, say, the Great Lakes or the Mississippi River basin to the Southwest through a system of dams, canals, pipelines and pumping stations would be enormous and stratospherically costly.

It wouldn’t be cheap to operate, either. “It would take a tremendous amount of electrical energy to pump those quantities of water,” Mr. Guyer said.

And in a nation where proposals for much-needed long-distance electrical transmission lines are fought over for years, any large water project that involved multiple states would likely fall into a political Black Hole.

Mr. Guyer has experience with huge, costly water-transfer projects. He helped design the California State Water Project, which moves water from Northern California to the Central Valley and Southern California through a system that includes 10 storage dams, 700 miles of aqueducts and pipelines, and 20 pumping plants. It was begun in the 1960s with an initial outlay of $1.75 billion (equivalent to about $16 billion today) and has since cost much, much more.

The largest of the pumping plants, which lifts the water nearly 2,000 feet over the Tehachapi Mountains in Southern California, requires 800 megawatts of electricity, equal to the output of a large power plant. Overall, the project is the largest consumer of electricity in the state.

The distances and elevation changes involved in any East-West project would make it far more costly to build and operate.

What about taking the water from Southeastern Alaska and Northwestern Canada? Such projects have been proposed (to howls of protest from Canada) and have been dismissed as impractical.

The most audacious of these proposals, the North American Water and Power Alliance, was developed in the 1960s. It would have involved more than 350 construction projects over 30 years and created a 500-mile-long reservoir in British Columbia. Both the cost — more than a trillion dollars in today’s money — and the potential environmental destruction doomed the plan.

The idea of bailing out the West with water from elsewhere still comes up from time to time. In a 2012 report on the water needs of the Colorado River Basin, the federal Bureau of Reclamation included numerous concepts for bringing more water to California.

Most could be described as fanciful, including the idea of towing Alaskan icebergs to Southern California. (The bergs would first be wrapped in plastic to retain the meltwater, like ice for sale at a convenience store only millions of times bigger.)

One of the more concrete proposals was a canal-and-pipeline scheme from the East that avoided the Rockies by delivering the water to the Front Range, east of the mountains. That way those communities could stop using Colorado River water, which would leave more for the rest of the West. But it, too, was considered highly impractical .

If you’re not getting Climate Fwd: in your inbox, you can sign up here

We’d love your feedback on the newsletter. We read every message, and reply to many! Please email thoughts and suggestions to [email protected].

By mimicking the eye of the mantis shrimp, researchers have developed an ultra-sensitive camera capable of sensing both color and polarization. The […] 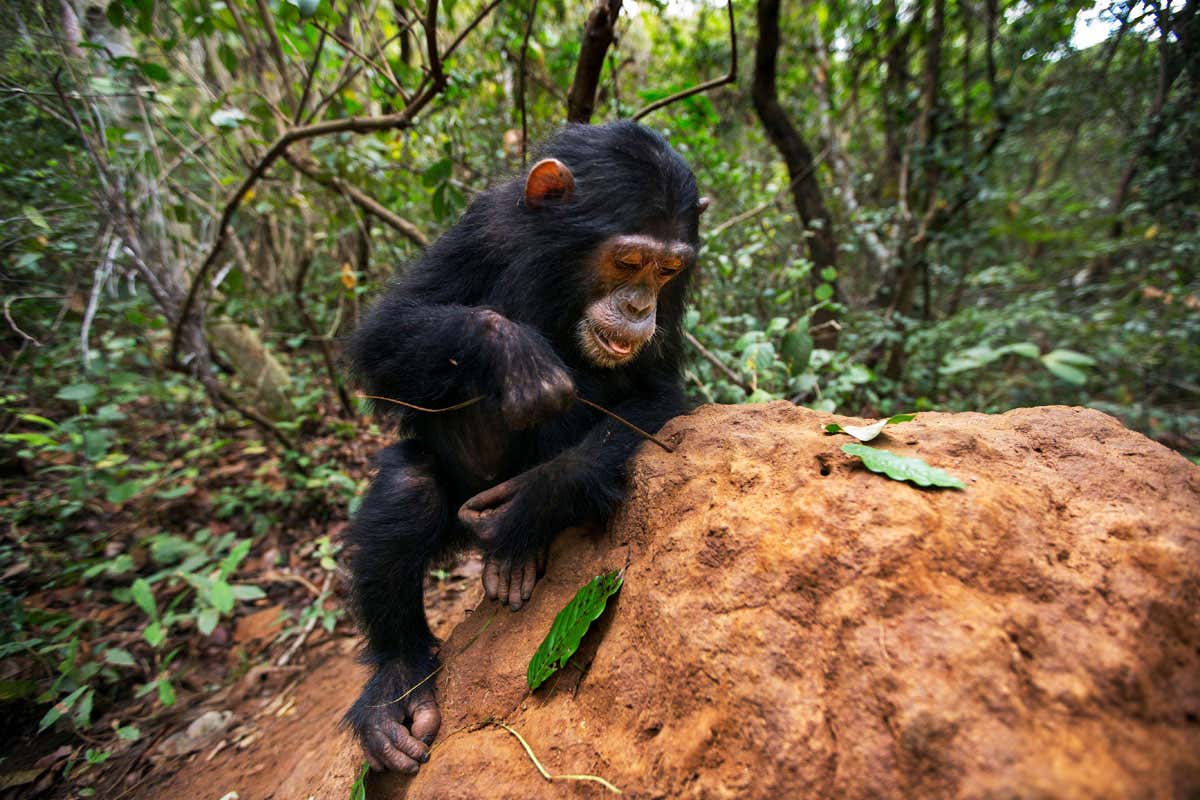 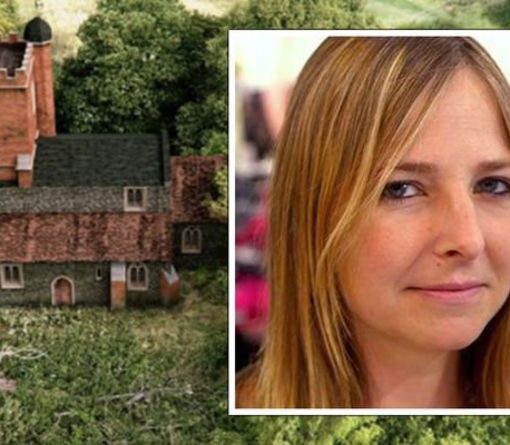 The presenter of Digging for Britain, the new season of which is set to air early next year, was involved in a […] 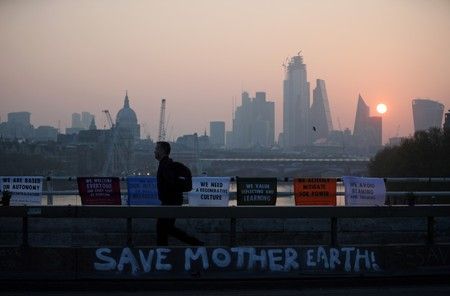 By Simon Jessop and Nina Chestney LONDON (Reuters) – Investors managing more than $34 trillion in assets, nearly half the world’s invested […]