Billie Eilish is “appalled and embarrassed” for using a racial slur in a resurfaced video years ago.

The “Bad Guy” singer penned her mea culpa on her Instagram Story on Monday after the edited compilation video, in which she appears to say an offensive term featured in Tyler the Creator’s 2011 song “Fish,” gained traction on the internet.

Eilish explained that there’s a video edit of her going around from when she was “13 or 14” in which she “mouthed a word from a song that at the time i didn’t know was a derogatory term” used against members of the Asian community.

“I am appalled and embarrassed and want to barf that I ever mouthed along to that word,” Eilish, 19, continued. “This song was the only time I’d ever heard that word as it was never used around me by anyone in my family. Regardless of my ignorance and age at the time, nothing excuses the fact is that it was hurtful. And for that I am sorry.”

Eilish also explained that the “other video” in the “edited clip” was just her using a “silly gibberish made up voice,” which many interpreted as a fake accent intended to mock Asian people.

“Something I started doing as a kid and have done my whole life when talking to my pets, friends, and family,” she explained. “It is absolute gibberish and just me goofing around, and is in NO way an imitation of anyone or any language, accent, or culture in the SLIGHTEST.”

The “Lovely” singer said the rumors about her being a racist are breaking her heart.

“I not only believe in, but have always worked hard to use my platform to fight for inclusion, kindness, tolerance, equity and equality,” Eilish wrapped up her apology. “We all need to continue having conversations, listening and learning.

“I hear you and I love you. Thank you for taking the time to read this.”

“I am ashamed and deeply sorry that I used them in any context. It is not how I was raised and it is not what I stand for,” he wrote on his Instagram last week. “I shouldn’t have used this language in the first place and I won’t use it again. I am so sorry for the hurt I have caused.”

A 13-year-old boy has been taken to hospital after being stabbed in Manchester in an attack by four men. Police said officers […] 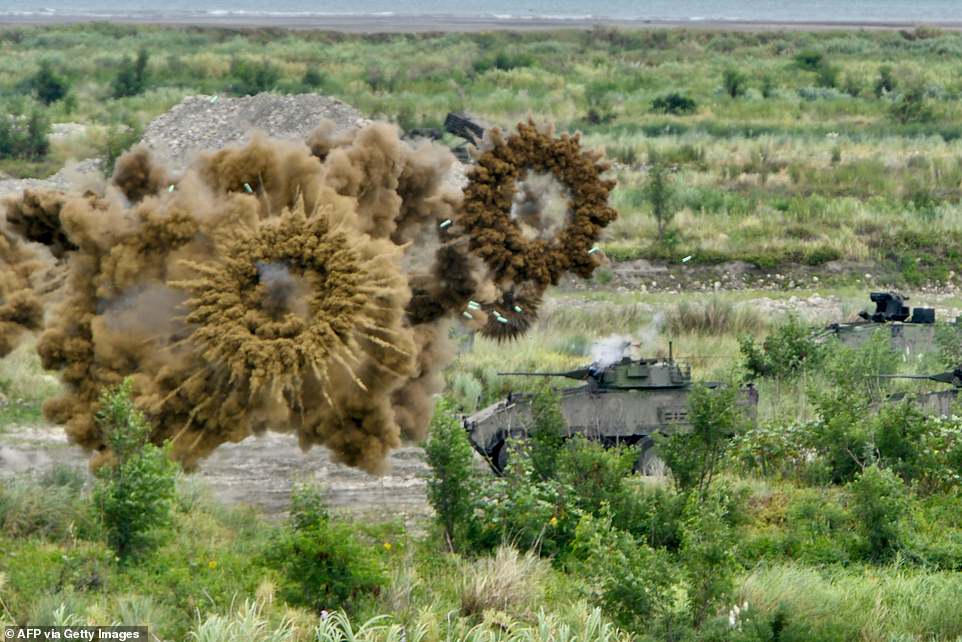 Taiwanese soldiers today fought off simulated coastal assaults from China during their biggest annual live-fire exercises of the year today, as Beijing […]

Three times a week, Aishatu Abdullahi slips on a flowy blue hijab, slings a bulging backpack of supplies over her shoulder, and […]