CAIRO (AP) — When Libyan security forces rescued her earlier this year, the young Somali woman thought it would be the end of her suffering. For more than two years, she had been imprisoned and sexually abused by human traffickers notorious for extorting, torturing and assaulting migrants like her trying to reach Europe.

Instead, the 17-year-old said, the sexual assaults against her have continued, only now by guards at the government-run center in the Libyan capital Tripoli where they are being kept.

She and four other Somali teenagers undergoing similar abuses are pleading to be released from the Shara al-Zawiya detention center. It is one of a network of centers run by Libya’s Department for Combating Illegal Immigration, or DCIM, which is supported by the European Union in its campaign to build Libya into a bulwark against mainly African migrants crossing the Mediterranean Sea.

“While it is not the first time I suffer from sexual attacks, this is more painful as it was by the people who should protect us,” the 17-year-old said, speaking to The Associated Press by a smuggled mobile phone.

“You have to offer something in return to go to the bathroom, to call family or to avoid beating,” she said. “It’s like we are being held by traffickers.” The Associated Press does not identify victims of sexual assault, and the young woman also asked not to be named, fearing reprisals.

Smugglers and traffickers in Libya — many of them members of militias — have long been notorious for brutalizing migrants. But rights groups and U.N. agencies say abuse also takes place in the official DCIM-run facilities.

“Sexual violence and exploitation are rife in several detention centers (for migrants) across the country,” said Tarik Lamloum, a Libyan activist working with the Belaady Organization for Human Rights.

The U.N. refugee agency has documented hundreds of cases of women raped while in either DCIM detention or traffickers’ prisons, with some even being impregnated by guards and giving birth during detention, said Vincent Cochetel, the agency’s special envoy for the Central Mediterranean.

The group of teens are the only migrants being kept at Shara al-Zawiya, a facility where usually migrants stay only short periods for processing. Human rights organizations say they have been trying to secure their release for weeks.

After their rescue from traffickers in February, the 17-year-old was brought along with eight other young female migrants to Shara al-Zawiya. Four of the others were later released under unclear circumstances.

One night in April, around midnight, she asked a guard to let her go the bathroom. When she finished, the guard attacked her and grabbed her breasts forcefully, she recalled.

“I was petrified and didn’t know what to do,” she told AP. The guard touched the rest of her body including her intimate parts, then unzipped his pants and tried to strip her clothes in an attempt to rape her, she said. He continued his assault while she cried, struggled and pleaded for him to get off her.

“He only stopped when he was done on my clothes,” she said. “I was lucky that he was done quickly.”

The guard then ordered her to clean her clothes that had been covered in his semen, she recalled, breaking down in tears.

Terrified, she returned to her cell and told one of the other girls what had happened. She soon learned she wasn’t the only victim. All the girls, aged 16 to 18, had experienced similar or worse abuse by guards, she said.

A 16-year-old in the same cell told the AP she started coming under sexual harassment a few days after arriving at the center. When she pleaded with a guard to call her family, he gave her a phone and let her out of her cell to call her mother. Once she hung up, he stood behind her and grabbed her breasts, she said.

She removed his hands and started to cry. The guard only stopped after realizing other employees were at the center, she said.

“Every day they do this,” she said. “If you resist, you will be beaten or deprived of everything.”

The Libyan government has not responded to requests for comment by the AP.

At least two of the girls attempted to kill themselves in late May following alleged beatings and attempted rapes, according to local rights group Libyan Crime Watch and U.N. agencies.

One of them, a 15-year-old, was taken to the hospital on May 28 and treated by the international aid group Doctors Without Borders only to be returned to the detention center.

Maya Abu Ata, a spokeswoman for MSF Libya, confirmed that the group’s staff treated the two at its clinic. MSF is the abbreviation for the French name of the group, Medecins Sans Frontieres.

The MSF teams “advocated for their release from detention and lobbied protection actors and different interlocutors, however, these attempts were unsuccessful,” she said.

The UNHCR said it was working with Libyan authorities for the release of the five young women still held at Shara al-Zawiya and their subsequent evacuation from Libya.

The case of the teens in Shara al-Zawiya also renews questions about the EU’s role in the cycle of violence trapping migrants and asylum seekers in Libya. The EU trains, equips and supports the Libyan Coast Guard to intercept people trying to cross the Central Mediterranean to Europe. At least 677 people are known to have either died or gone missing taking this route on unseaworthy boats so far this year.

Nearly 13,000 men, women and children have been intercepted by the Libyan Coast Guard and returned to Libyan shores from the start of the year up to June 12, a record number. Most are then placed in DCIM-run centers.

At some of the 29 DCIM-run centers around the country, rights groups have documented a lack of basic hygiene, health care, food and water as well as beatings and torture. DCIM receives support, supplies and training, including on human rights, through the EU’s 4.9 billion-euro Trust Fund for Africa.

Libya has been applauded by the West for a cease-fire reached last year and the appointment of an interim government earlier this year, prompting visits by European leaders and the reopening of some embassies. Despite seemingly growing political stability, activists and human rights organizations say their access to migrants in detention centers is becoming more restricted.

“The guns are silent, a cease-fire is in place … but human rights violations are continuing unabated,” said Suki Nagra, representative of the Office of the United Nations High Commissioner for Human Rights in Libya, who is following the reports of abuse at Shara al-Zawiya.

Even when cases are documented and alleged perpetrators arrested, they are often released due to the lack of witnesses willing to testify for fear of reprisals. For example, Abdel-Rahman Milad, who was under U.N. sanctions and was arrested last year on charges of human trafficking and fuel smuggling, walked free in April without trial. 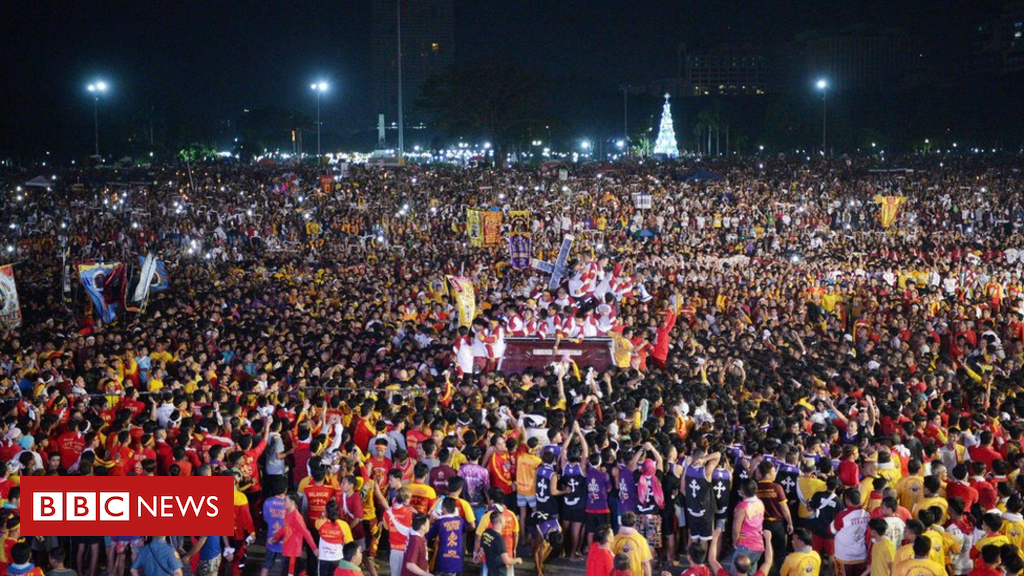 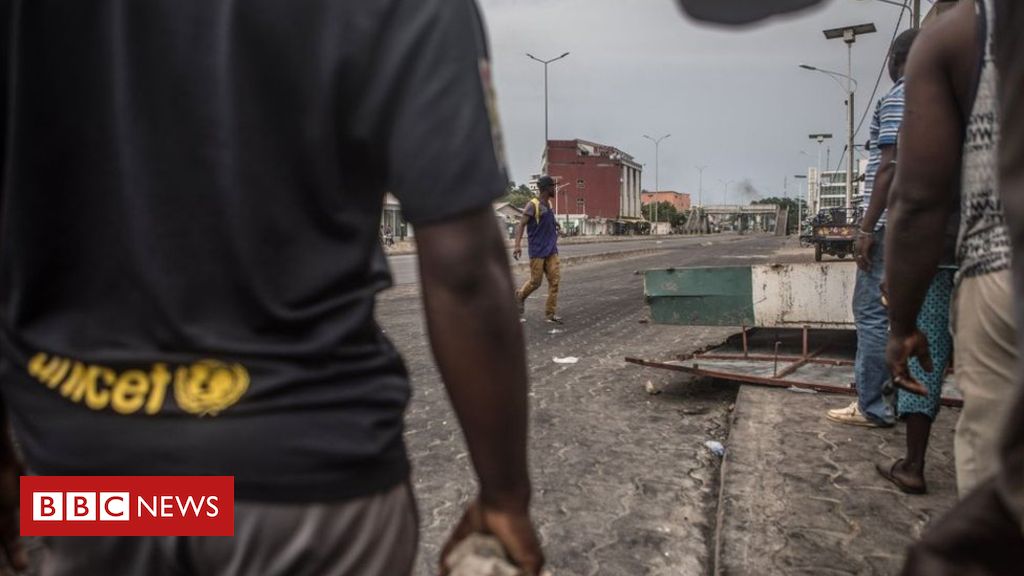 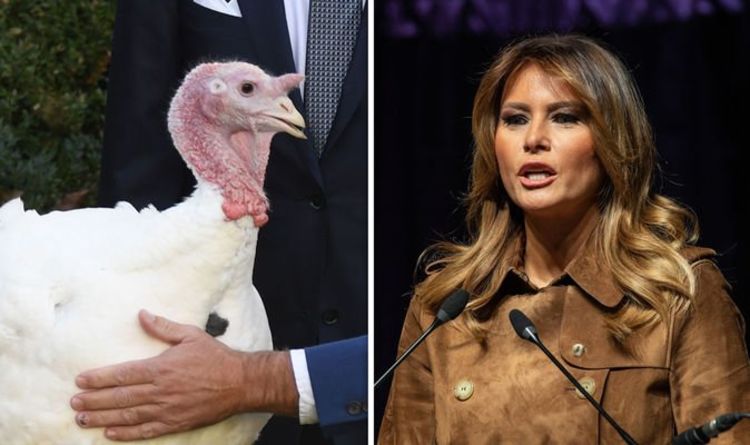 Two lucky turkeys, Bread and Butter, were granted clemency as part of the presidential pardoning. The First Lady shared photographs of the […] 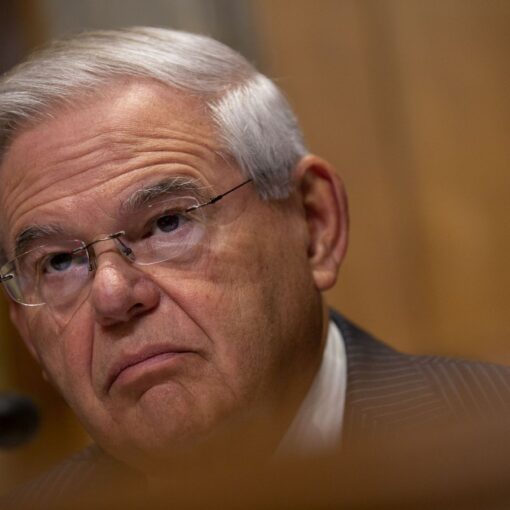 WASHINGTON ― U.S. Sen. Robert Menendez, who clashed with the Trump administration over its arms sales in the Mideast, rejection of Cold […]