A century after the end of the Civil War, more than a dozen states still had laws on the books banning interracial marriage. Enter Mildred and Richard Loving, a Virginia couple whose June 12, 1967 Supreme Court ruling dealt a major blow to miscegenation laws.
The couple married in 1958 in Washington — where interracial marriage was legal — then moved to their home in Central Point, Virginia. Weeks later, the local sheriff came into their home in the middle of the night and they were charged with violating several Virginia codes, including one that made it “unlawful for any white person in the state to marry any save a white person.”
It was also illegal for people to leave the state for the purpose of avoiding miscegenation laws, and such marriages were considered “absolutely void” in the state of Virginia.
Mildred was a black woman, but her New York Times obituary says that she preferred to think of herself as Indian, since her parents were both part Native American. Virginia had different forms of miscegenation laws on the books stretching back to the 1600s, and the state’s 1924 Racial Integrity Act defined anyone who wasn’t entirely white as “colored” — the only exception was made for those who were 1/16 Native American, but even that had restrictions.
Mr. and Mrs. Loving pleaded guilty and were sentenced to either a year in prison or a 25-year banishment from the state. They chose the latter, moved to Washington and had three children. In 1967, they were arrested while visiting Virginia. Mildred wrote to the US attorney general — a man by the name of Robert Kennedy — for help, and he referred her to the ACLU.
The case’s path to the Supreme Court was an interesting one, however, since the couple had said they were guilty and had no right to an appeal. The case found itself in the Virginia Supreme Court before landing in Washington.
The most vital question at stake was whether or not Virginia’s laws violated the Equal Protection Clause of the 14th Amendment.
Let’s brush up on the 14th Amendment quickly.

It’s the one that says, in part: “No State shall make or enforce any law which shall abridge the privileges or immunities of citizens of the United States; nor shall any State deprive any person of life, liberty, or property, without due process of law; nor deny to any person within its jurisdiction the equal protection of the laws.”

Philip Hirschkop, one of the lawyers arguing for the Lovings, went so far as to call Virginia’s rules “slavery laws, pure and simple” that robbed “the Negro race of their dignity.”
R.D. McIlwaine, arguing for Virginia, tried to make the case that his opponent was trying to read into the Constitution and give it new meaning. He said marriage was a matter for the states to decide. He also argued that “intermarried families are subjected to much greater pressures and problems than those of the intramarried,” comparing intermarried couples to polygamists and the incestuous.
The justices were having none of it, and on June 12, 1967, they unanimously ruled that the purpose of miscegenation laws was rooted in racism and violated the Constitution.
It took until 2000 for the final state, Alabama, to strike down its ban on interracial marriage. Richard Loving died in 1975. Mildred died in 2008.
source: cnn.com 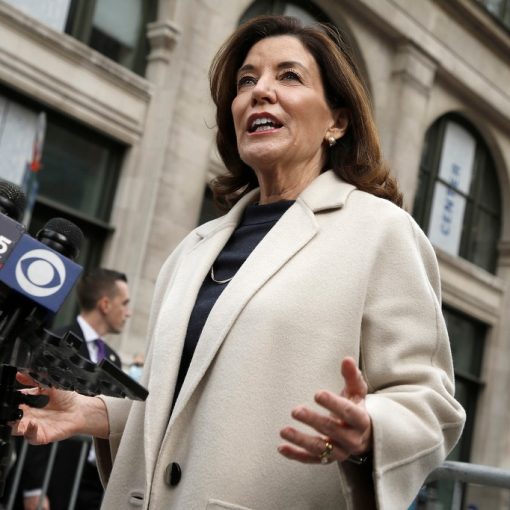 New York taxpayers will commit an unprecedented $850 million in public money toward the construction of the Buffalo Bills’ brand-new $1.4 billion […]