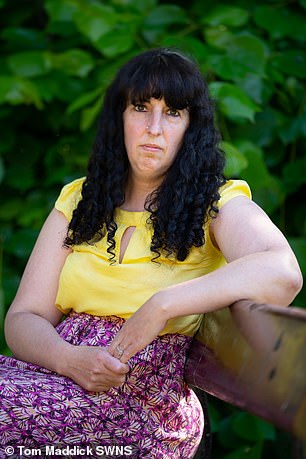 Sofia Gomes, from Wisbech in Cambridgeshire, thinks she had ‘a severe allergic reaction’ that prevented her from talking a few hours after getting the jab on May 19

A 43-year-old woman claims she was left unable to speak after receiving the second dose of the Oxford-AstraZeneca vaccine.

Sofia Gomes, from Wisbech in Cambridgeshire, thinks she had ‘a severe allergic reaction’ that prevented her from talking a few hours after getting the jab on May 19.

Doctors at King’s Lynn Hospital in Norfolk, where she went after developing the strange reaction, were ‘baffled’ after performing scans on her throat and not finding anything wrong, she said.

She stayed at the hospital for a week and was seen by several specialist who could not explain her condition, but said it may have been caused by the vaccine, according to Ms Gomes.

But a Edinburgh university professor said her loss of voice was likely a coincidence.

The UK drug regulator the MHRA said there was ‘no evidence’ Ms Gomes losing her voice was linked to the vaccine.

She was told her voice will return and is waiting for speech therapy through the NHS.

Common side effects from the jab include a sore arm where the vaccine was injected, headaches, muscle pain and tiredness. The jab has also been linked with low platelet levels and an extremely small risk of blood clots. 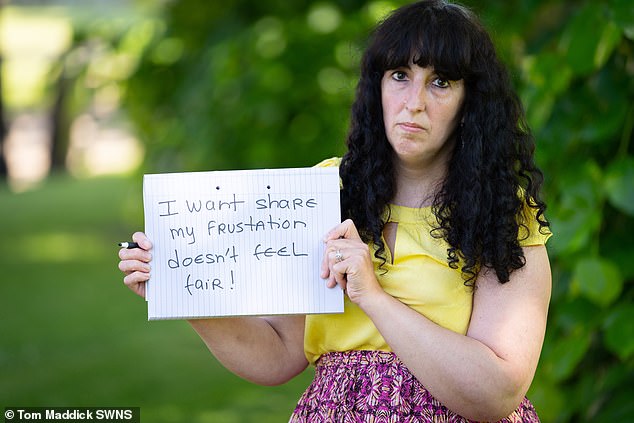 The UK drug regulator the MHRA said there was ‘no evidence’ Ms Gomes losing her voice was linked to the vaccine. She was told her voice will return and is waiting for speech therapy through the NHS 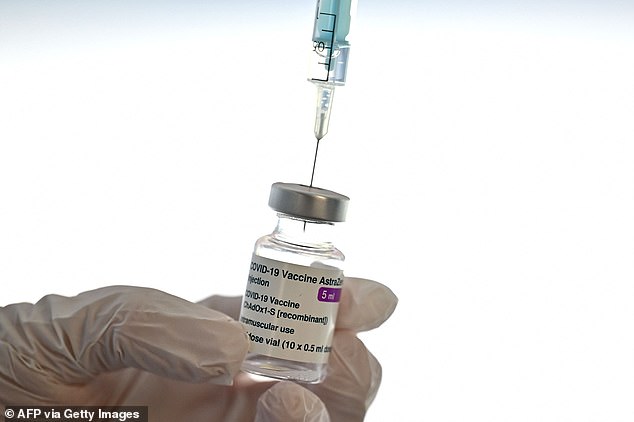 The Medicines & Healthcare products Regulatory Agency (MHRA) states that anyone having difficulty with speech from around four days after AstraZeneca should seek urgent medical advice.

On this case a spokesperson said loss of voice is not a known side effect of the Oxford jab and there is ‘no evidence to suggest such reports are linked to vaccination’.

Reports of a suspected reaction to a vaccine does not necessarily mean that it was caused by the vaccine, as underlying or previously undiagnosed illnesses could be a factor, they said.

Known side effects of the Covid vaccines

The most common side effects of the Covid vaccines are a sore arm from the jab, tiredness, headaches, aches, a fever and being sick.

These symptoms tend to appear one to two days after having the vaccine.

The NHS advises managing these reactions with paracetamol if needed.

Serious allergic reactions are rare and usually occur within minutes of having the jab.

The vaccines can help stop people from getting ill or dying from Covid-19, so the benefits of the jab outweigh any risks.

The MHRA and researchers are continuing to examine links between the Oxford-AstraZeneca and very rare blood clots.

Ms Gomes, an artist from Portugal, does not have any underlying health problem and wrote that she felt ‘really frustrated, upset, and frightened for the future’.

The reaction has stopped her being able to speak to her fiancé and six children, who are aged between on and 19.

‘I am trying to stay positive for my family, but I am really worried, and this has affected me a huge amount.

‘I feel bad that I can’t help my baby develop her speech, and one of my sons is autistic so it has been difficult not being able to communicate with him properly, too.

‘I miss reading stories to my children and singing to them at night, and I miss being able to speak to my family in Portugal over the phone.

‘I find it really hard to express my feelings when all I can do is just write things down in a notepad.’

Her fiancé Victor Plowman said Ms Gomes has been frustrated and left in tears because she cannot speak.

‘She’s been writing stuff down on a piece of paper, and sometimes she’ll point or gesture at something to indicate what she wants.

‘But it’s been really hard for her, as she can’t properly communicate with the kids.’

Ms Gomes reacted to her first jab on March 1, experiencing a high fever and pain in her legs. On the evening of her second jab, she did not feel well and could only whisper to her partner.

He said she ‘started clutching at her tonsils and her throat’.

‘We thought she was having an allergic reaction – so I called her an ambulance and she went up to hospital.’

Ms Gomes said people ‘should still go ahead and have a vaccine’ but said they should be aware of possible side effects or risks beforehand.

Professor Neil Mabbott, chair of immunopathology at the University of Edinburgh, told MailOnline that, to his knowledge, ‘there are no credible reports’ of voice loss after receiving any vaccination.

There have been ‘very rare instances’ of anaphylaxis – a severe allergic reaction that can cause people to feel faint, have breathing difficulties and a fast heartbeat – following one of the RNA-based covid-19 vaccines, such as Pzifer/BioNTech.

‘These typically occur within minutes to an hour following vaccination, and could be accompanied by sore throat, breathing difficulties, hoarseness and a swollen tongue,’ he said.

But, these clear quickly with treatment, he said.

‘It seems likely that the loss of voice in this instance was chance coincidence,’ he said.

Covid-19 can cause laryngitis that can cause temporary changes to your voice and this can take several weeks to resolve, Professor Mabbott noted.

Latest UK figures show that 4,330 people tested positive for the virus on Wednesday, as new infections continue to arise amid concerns about the Indian Delta varient, while 6 people died.

Over 40.5million people have now had their first dose of the vaccine, while 28.2million have had a second dose. 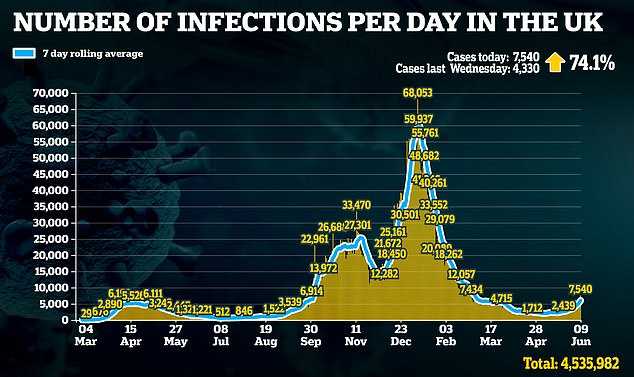 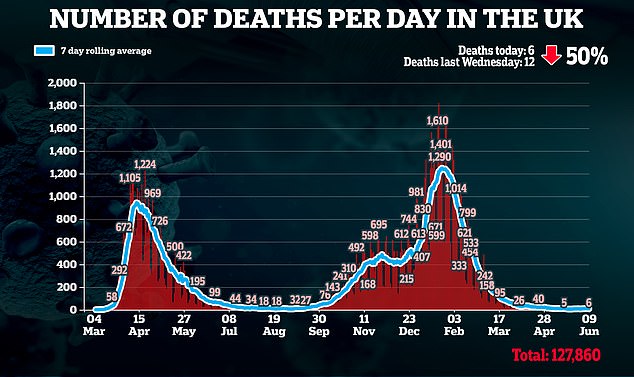 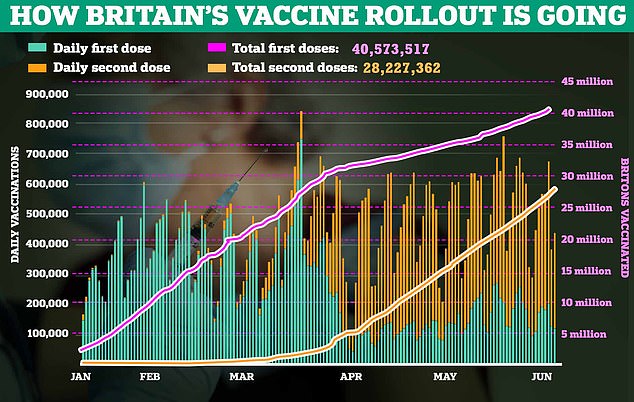 Over 40.5million people in the UK have receive a first dose of the vaccine, while 28.2million have had a second dose. On Wednesday, 4,330 people tested positive for the virus on, while 6 people died. 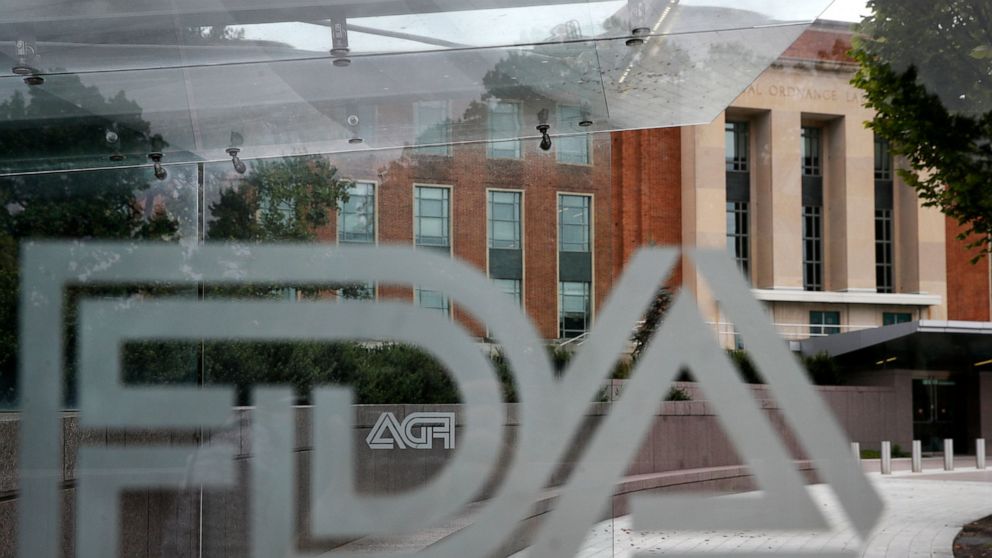 U.S. regulators are allowing emergency use of the first rapid coronavirus test that can be done entirely at home By MATTHEW PERRONE […] 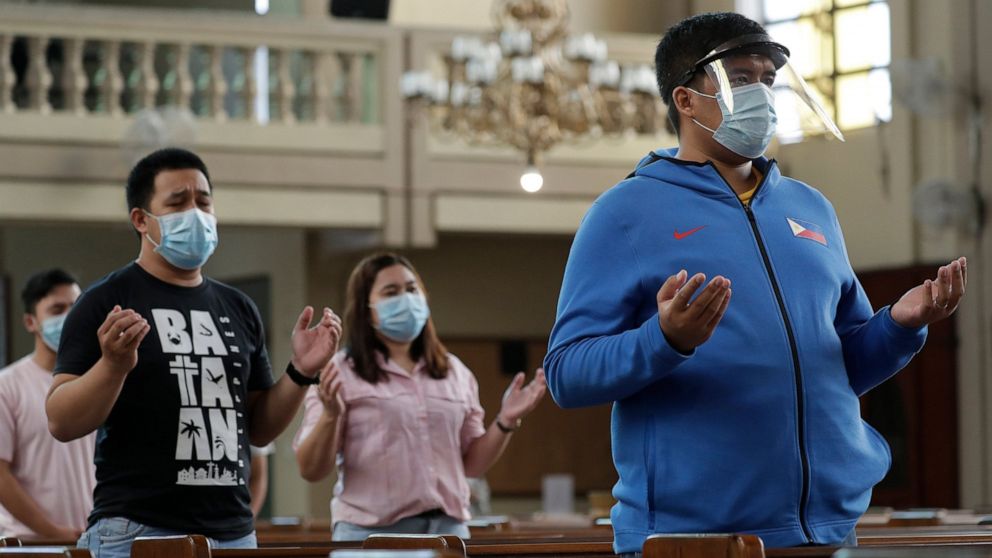 Coronavirus infections in the Philippines surged past 100,000 Sunday in a troubling milestone after medical groups declared that the country was waging […] 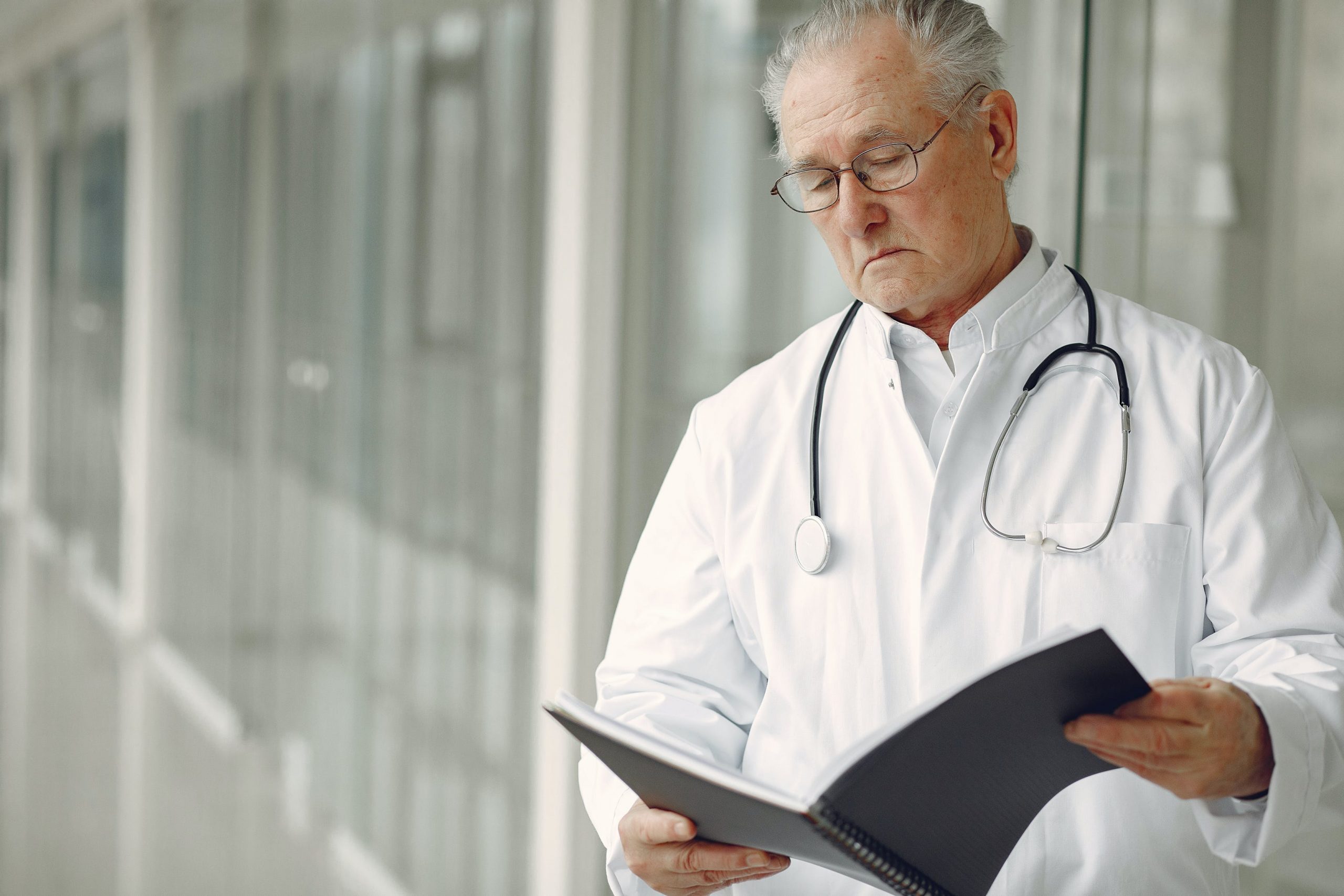 Diagnostic error is not uncommon in the US, with around 12 million adults affected each year. Of this number, about half of […] 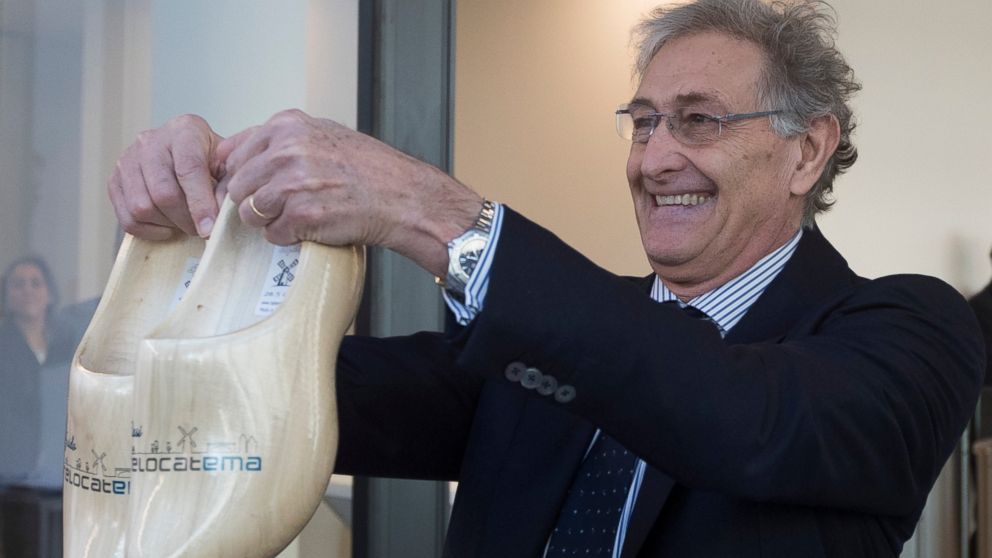 A gift of traditional Dutch wooden shoes kicked off the European Union Medicines Agency’s formal move from London to Amsterdam on Wednesday, […]