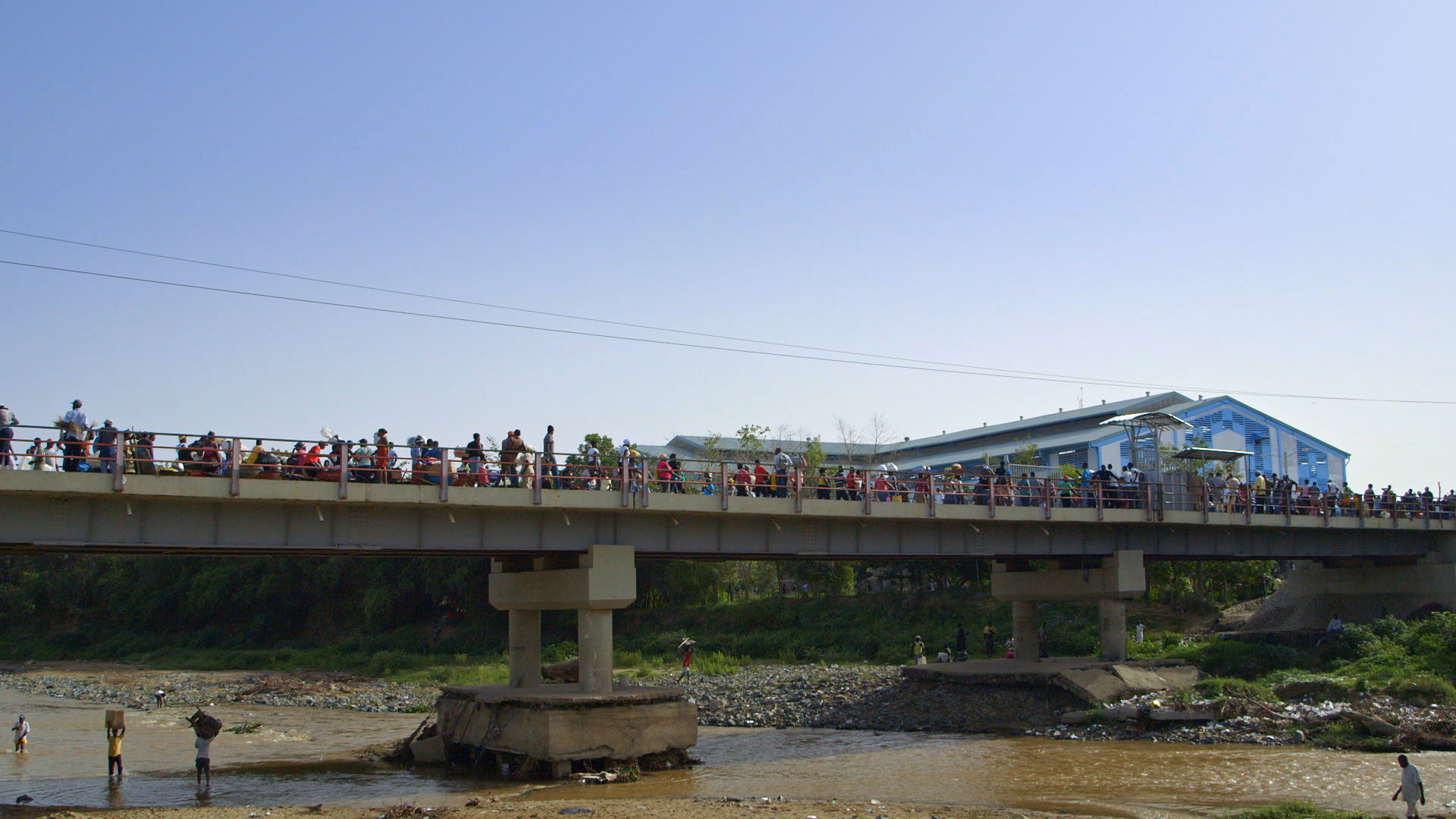 The adjacent countries of the Dominican Republic and Haiti share an island — as well as a troubling history that influenced the Western hemisphere, from as far north as Canada to as far south as Argentina.

“The island for me is the birth of our racial caste system across the Americas,” according to Michèle Stephenson, whose documentary “Stateless” is featured this weekend at the Tribeca Festival.

“Stateless” follows Rosa Iris Diendomi, a young Dominican attorney and immigration advocate of Haitian descent, as she struggles to run for Congress in the Dominican Republic.

The documentary, also known for its Spanish title “Apátrida,” shows Diendomi as she visits sugarcane towns known as “bateyes,” where many Haitian immigrants and Dominicans of Haitian descent live. It showcases the struggles of a largely exploited group that was stripped of its rights nearly a decade ago, when the Dominican Supreme Court retroactively took away the citizenship of anyone with undocumented Haitian parents — even those born in the Dominican Republic.

The ruling left more than 200,000 people with Haitian ancestry without a nationality, according to the documentary. Though the government, amid international pressure, took measures in 2014 to allow children born in the Dominican Republic and certain others to apply for citizenship, thousands have been deported from the Dominican Republic, including many with valid claims to Dominican citizenship.

“The court sentence is the reflection of a country that in spite of its mixed racial identity refuses to accept everything that has to do with its African origins,” Diendomi told NBC News.

Throughout her unsuccessful congressional bid, Diendomi was peppered with threats to her and her son’s life, forcing her to eventually flee the country. Since being granted refuge in the U.S., Diendomi has been working with Stephenson to use the film as an opportunity to engage community groups and international organizations on issues of anti-Black racism and migration.

On camera, Stephenson connects the racial tensions from the island’s past with the current racial politics of the Dominican Republic.

The tragic story of a young dark-skinned girl named Moraime bookends the film. Her life is told through a voiceover, while viewers see other children in the bateyes and sugarcane fields. It describes the 1937 Perejil Massacre that executed thousands of Haitians and Dominicans of Haitian decent living in the Dominican Republic.

“On a dark night in October, Moraime had to hide,” Diendomi narrates in a voiceover. “The dictator Trujillo decided to whiten the race and fix the so-called Haitian problem. He murdered many, including Moraime’s mother, because of the color of their skin.”

An Associated Press article published by The New York Times on Dec. 8, 1937, reported that Haitian President Sténio Vincent had charged that “8,000 Haitians had been victims of ‘mass murder’” in the Dominican territory since October. The article also said the Dominican State Department dismissed Haitian reports of slayings as fantasies.

More than 80 years later, the film shows footage of Dominican President Danilo Medina (who served from 2012 to 2020) denying accusations of racism against Haitians.

“How can the Dominican Republic be a racist country when more than 80 percent of our population is made up of Blacks and mulattos? How can Dominicans be accused of being racist towards Haitians when they live and coexist with us everywhere in our country?” he said.

The former Dominican president would also deny that Dominicans of Haitian decent were being targeted and stripped of their citizenship.

“The number of stateless individuals in the Dominican Republic is zero,” he said.

Beyond the physical and political borders

Despite racial tensions that have existed on the island since Spanish and French colonial rule, Stephenson hopes both Dominicans and Haitians can look back at their history to move past the physical and political borders that divide their countries.

On the eastern side of the island, when Dominicans boast about Santo Domingo, they can say proudly that it’s the oldest European city in the Americas — founded in 1496, over 100 years older than Jamestown (1607) — and that the city’s grid pattern became the blueprint for many future towns and cities in Latin America.

Dominicans can also claim that Thomas Aquinas University in Santo Domingo is the oldest in the hemisphere — founded in 1538, almost 100 years before Harvard University (1636).

And on the western side of the island, Haitians can similarly champion that their country was second only to the U.S. in obtaining independence. But Stephenson pointed out that Haiti actually is the first and only successful slave revolt against a colonial power.

“It’s not just the fact that it’s the second country to get independence on this hemisphere after the United States. But it’s the only ever successful revolt by enslaved people — Blacks who were slaves defeated Napoleon’s army,” the filmmaker said. “And the Haitian Revolution doesn’t even get the credit that should be given next to the American and French revolutions because of the invisibility of the history of resistance.”

It’s also worth noting that Haitian independence was influential in the success of early Latin American democracy, offering el gran libertador (the great liberator) Simón Bolívar refuge and support in his fight against the Spanish Empire.

Both Stephenson and Diendomi agreed that more conversations about race need to happen to break the cycle of discrimination.

“I think that there is a historic reality where people have been educated to think or inherited the belief that there are inferior people depending on their origin or race,” Diendomi said. “And both inside the U.S. and beyond it, when we see the struggle of other marginalized groups, we see the same cycle repeated. It’s a struggle based on race.”

Arturo Conde is an editor and a bilingual freelance journalist. He writes for La Opinión A Coruña and has been published in Fusion, Univision and City Limits. 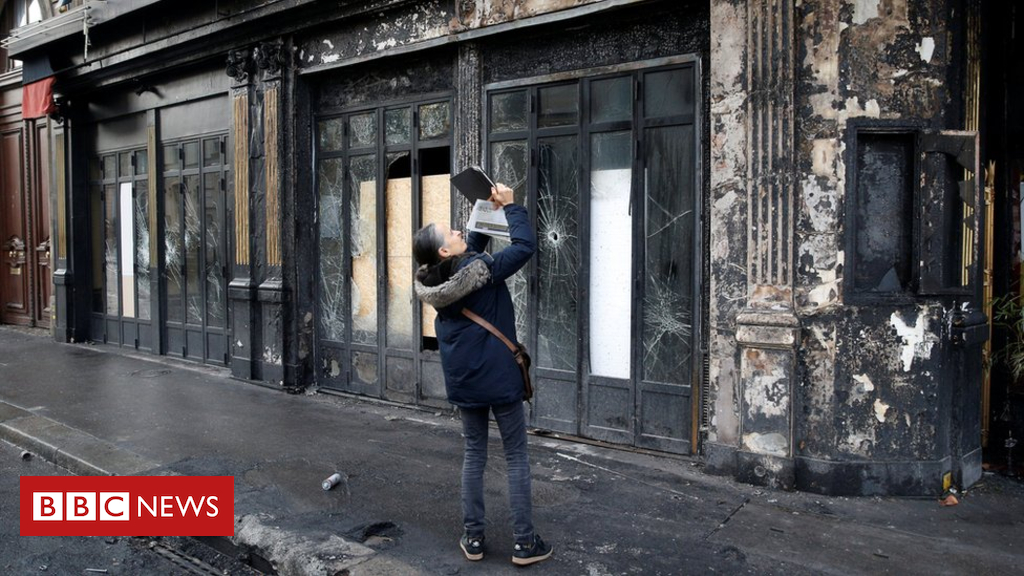 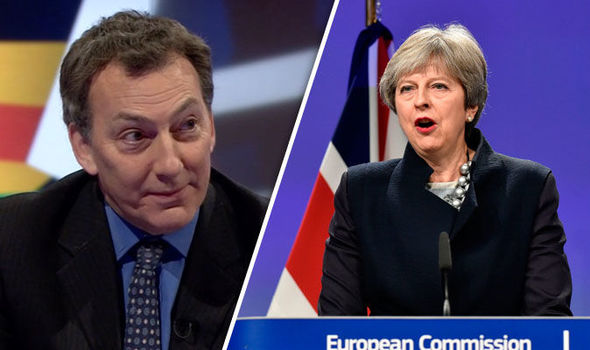 Theresa May broke off negotiations with Jean-Claude Juncker after details of a proposed Irish border deal emerged in the media, prompting the […]