Two cases of the deadly monkeypox have been confirmed in the UK, it was revealed today.

Giving evidence to MPs today on the handling of the Covid pandemic, Matt Hancock casually announced he was dealing with an ‘outbreak’ of the killer virus.

The Health Secretary described the situation as ‘absolutely standard’ and insisted he dealt with ‘these sorts of outbreaks all the time’.  But he gave no details about how many patients were infected or whether the virus was spreading in Britain alongside coronavirus.

Public Health Wales later confirmed ‘two cases of imported monkeypox’ had been spotted. Both patients came from the same household in North Wales but no details about their age or sex were given.

Health officials also did not reveal which country the pair had caught the virus in — but monkeypox is mainly found in Central and West Africa.

The rare tropical disease, which causes flu-like symptoms and blisters on the skin, is caused by a virus spread by monkeys, rats, squirrels and other small mammals.

The disease is primarily found in central and west Africa. It can enter the body through the eyes, nose, moth, broken skin or the respiratory tract.

The virus can then spread between people either by skin-to-skin contact, coughs and sneezes or by touching contaminated clothes or bedding. But human-to-human contact is ‘relatively limited’, according to the the World Health Organization said.

Discussing the trace and isolation system, Mr Hancock said it was ‘essentially built for very important, but very small outbreaks’.

‘As health secretary you are dealing with these sorts of outbreaks all the time. I am currently dealing with a monkeypox outbreak and cases of drug-resistant TB and that is absolutely standard,’ he said.

The Welsh health body said it and Public Health England are monitoring the two cases of the virus.

‘The index case was acquired overseas, and the two cases are members of the same household. Both cases were admitted to a hospital in England, where one currently remains. 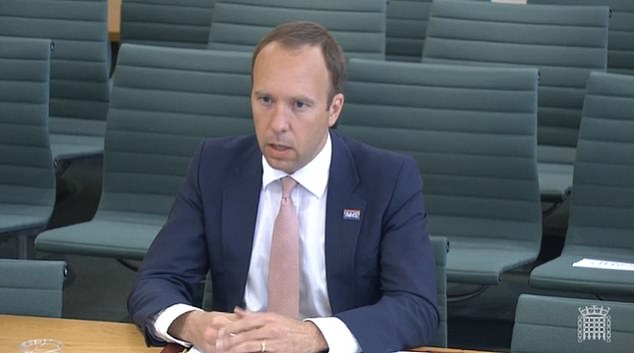 Giving evidence to MPs today on the handling of the pandemic, the health secretary casually confirmed the killer virus had been spotted

‘Monitoring and follow-up of the cases and their close contacts are undertaken as part of normal practice, and the risk to the general public is very low.’

Richard Firth, a consultant in health protection at Public Health Wales, said ‘confirmed cases of monkeypox are a rare event in the UK, and the risk to the general public is very low’.

Monkeypox cases were identified in the UK for the first time in 2018 when three people caught the infection in separate instances in Cornwall, Blackpool and Liverpool.

More recently, a person in south west England was diagnosed with the virus in December 2019 after visiting Nigeria. They were treated by specialists at St Thomas’ Hospital Trust in central London.

Other cases were confirmed in the US in 2003 after patients had close contact with some dogs that were infected by African rodents.

Up to 10% of people who become ill with monkeypox will die and most deaths from the virus occur in younger age groups, according to the WHO.

Symptoms usually last for two to four weeks and cases can become more severe depending on the amount of exposure to the virus, the health of the person infected and subsequent complications.

These can include secondary infections, such as bronchopneumonia, sepsis and infection of the cornea, which can lead to loss of vision.

There is no specific treatment recommended for monkeypox, but the vaccine to protect against smallpox was found to be around 85% effective in preventing the virus.

Monkeypox is a rare viral disease which causes a blistering skin rash and feverish, flu-like symptoms.

The virus responsible for the disease is found mainly in the tropical areas of west and central Africa.

Monkeypox was first discovered in 1958, with the first reported human case in the Democratic Republic of Congo in 1970. Human cases were recorded for the first time in the US in 2003 and the UK in September 2018.

It is found in wild animals but humans can catch it through direct contact with animals, such as touching monkeys, squirrels rats or other mammals, or eating badly cooked meat.

The virus can enter the body through broken skin or the eyes, nose or mouth.

It can pass between humans via droplets in the air, and by touching the skin of an infected individual, or touching objects contaminated by them.

Symptoms usually appear within five and 21 days of infection. These include a fever, headache, muscle aches, swollen lymph nodes, chills and fatigue.

The most obvious symptom is a rash, which usually appears on the face before spreading to other parts of the body. This then forms skin lesions that scab and fall off.

Monkeypox is usually mild, with most patients recovering within a few weeks without treatment. Yet, the disease can often prove fatal.

There are no specific treatments or vaccines available for monkeypox infection, according to the World Health Organization. 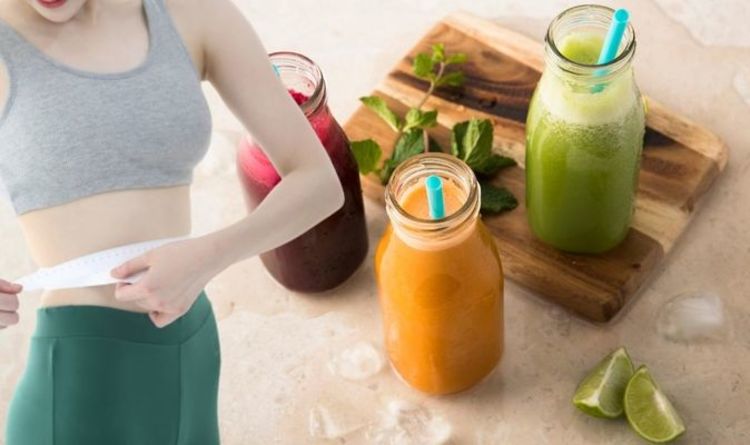 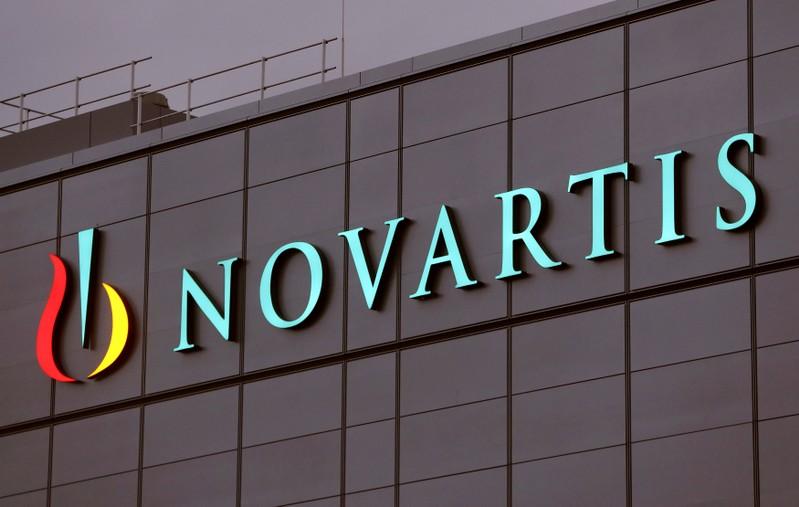 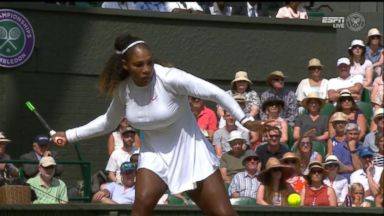 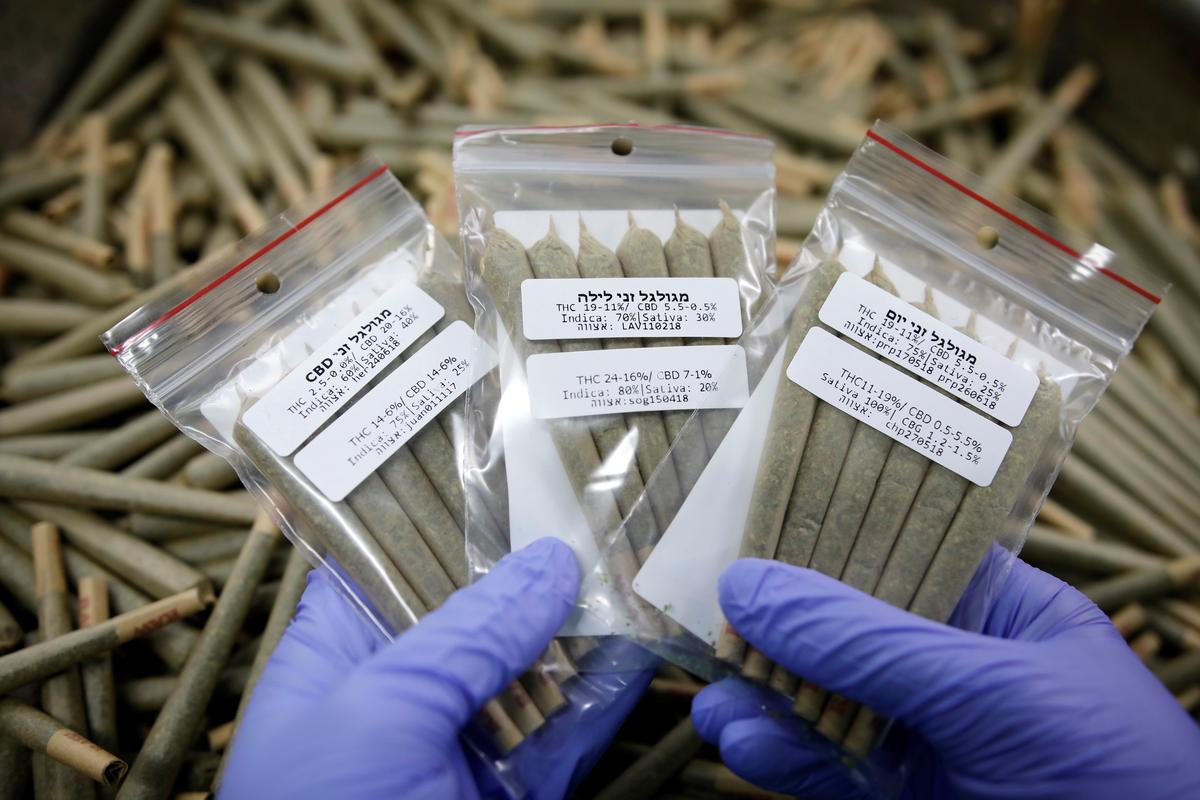