The biggest scourge to bees is tiny—a mite the size of a pinhead that feeds on them and spreads deadly viruses. Getting rid of the parasite, Varroa destructor, is tough: Chemicals can kill it, but the mite has started to evolve resistance to the usual pesticides; moreover, these and other treatments can harm the bees themselves. Now, researchers have toughened up a mite-killing fungus so it can slay the bee slayers inside a hot beehive. If the new strain passes further tests, it could help honey bees around the world avoid a gruesome fate, and reduce the use of chemical pesticides.

“The beekeeping industry has a great need for alternatives,” says Margarita López-Uribe, an entomologist at Pennsylvania State University, University Park, who was not involved in the fungal research. “So it is very exciting to see that there is potential for a nonchemical treatment.”

Varroa destructor has plagued beekeepers and their bees for decades. Some researchers have hoped to combat them with biopesticides, microbes that naturally target specific insect pests. Compared with traditional chemical pesticides, they are less toxic to other animals, including humans. One biopesticide, the common soil fungus Metarhizium acridum, has been used against locusts in recent years. Some 2 decades ago, researchers at the U.S. Department of Agriculture and elsewhere began to study related species that can kill the varroa mite.

When spores of M. anisopliae, for example, land on a varroa mite, they germinate and grow tiny tubes that drill through the exoskeleton and grow throughout the insect, killing it (see video, below). “They can literally bust through the shell,” says Jennifer Han, an entomologist at Washington State University (WSU), Pullman. The fungus might have been a great biopesticide, but for one catch: It wouldn’t grow well inside the warmth of the hives, which can reach temperatures of 35°C.

So Han and colleagues set out to create a heat-tolerant strain of the related M. brunneum. First, they stressed the fungus by starving spores or adding hydrogen peroxide to its growing medium. This sped up the rate of mutations. Then, the researchers put spores from the stressed fungus in an incubator and gradually raised the temperature. Most of the spores died, but the survivors seeded the next generation. After seven rounds of this unnatural selection, the percentage of spores that germinated at 35°C—a crucial step for infecting the mites—increased from 44% to 70%.

The next step was to boost the deadliness of the fungus, because strains can become less virulent when repeatedly cultured in the lab. After adding a petri dish with the heat-tolerant fungal strain to a honey bee hive, Han and WSU entomologist Nicholas Naeger found fewer than 4% of dead mites in the hive had died from Metarhizium. So the researchers grew a new batch of fungus from the dead mites and treated the hive with that strain; in the second round of experiments, 50% of dead mites succumbed to a fungal infection. Two rounds later, the kill rate was just over 60%. All told, Han and Naeger counted more than 27,000 dead mites over the course of their experiments. “When you close your eyes, you still see little varroa,” Han says.

To get more of their fungal bee slayer into hives, the researchers cultured it on brown rice, added it to a mesh bag, and put the bag inside the nest. The bees would try to remove it, causing spores to drift down on the mites. To compare this new treatment to oxalic acid, a common chemical used by small-scale beekeepers, the researchers then treated 30 colonies with either the acid or the fungus. After 18 days, the fungus was just as good as the acid at keeping the number of mites in check, the team reported last month in Scientific Reports. Because the dose of Metarhizium was relatively low, Naeger says its performance could likely be improved.

Further tests are needed to demonstrate the treatment’s efficacy, says Scott McArt, an entomologist at Cornell University. Mite populations tend to proliferate later in the year than when the study was conducted, he notes, so the fungus would need to be tested against higher numbers of mites to prove its worth.

Another question is cost. The biopesticide will likely be more expensive than oxalic acid, Han and Naeger say, and it is more time-consuming and complicated to use than common chemical pesticides. But the fungus is likely safer for hives. Bees can fall sick or die if concentrations of oxalic acid are too high, and other chemical miticides can cause reproductive problems in the pollinators.

Han and her colleagues are continuing to develop more effective strains of the fungus and reduce their costs. “I think this is going to be a long process,” she says. But if they succeed, it would be a “really big advance,” McArt says. “There are a ton of beekeepers who do not want to put pesticides in their hives.” This artist’s impression shows the first-known interstellar object to visit the solar system, “Oumuamua,” which was discovered on October 19, 2017, by […] 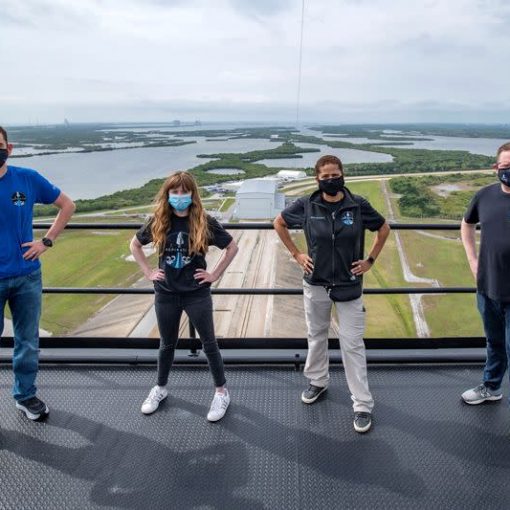 A cyclist wearing a face mask rides along a downtown street amid the coronavirus outbreak on May 19, 2020 in Toronto, Ontario. […] 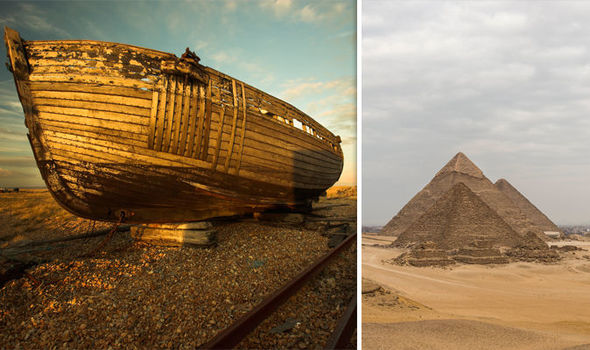 More than 50 years ago, a shepherd found seven scrolls in the Qumran Caves in the Judean desert of the West Bank […]