Dr Anthony Fauci warned on Tuesday that the coronavirus variant that first emerged in India could be come the dominant strain in the U.S.

Known as B.1.617.2 – and also called the Delta variant – it has been referred to as a ‘double mutant’ by India’s Ministry of Health, because it has two mutations on parts of the virus that help it hook onto our cells.

In the UK, the mutation has overtaken B.1.1.7, the so-called Alpha variant, which originated in Britain.

Fauci, who is America’s top infectious diseases expert, said the Indian variant accounts for six percent of all cases being sequenced in the U.S. and he is worried that the percentage could rise further.

‘We cannot let that happen in the United States, which is such a powerful argument…to get vaccinated,’ Fauci said at the White House COVID-19 task force briefing.

‘Particularly if you had your first dose, make sure you get that second dose – and for those who have been nor vaccinated yet, please get vaccinated.’ 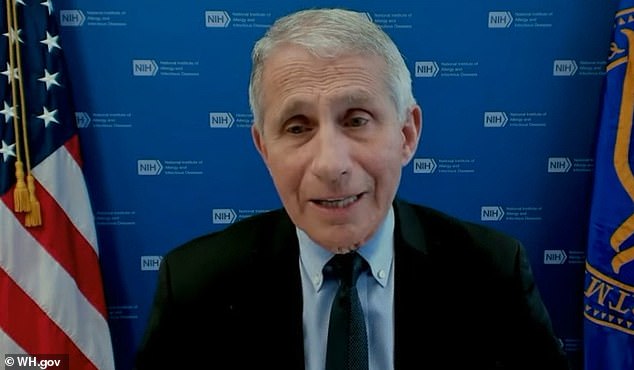 Dr Anthony Fauci warned during a press conference on Tuesday (pictured) that the Indian variant is overtaking the UK and that the same could occur in the U.S. if people don’t get vaccinated 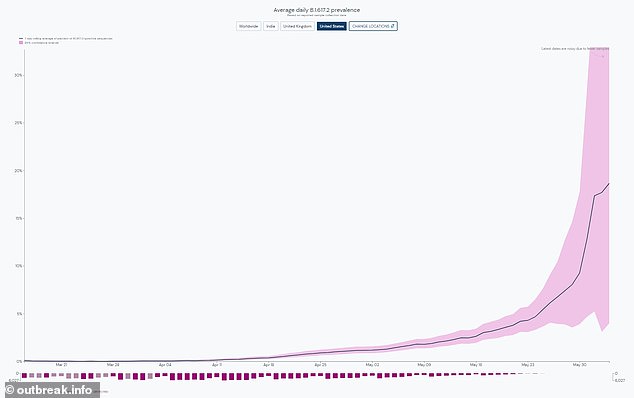 The Indian variant, known as B.1.617.2 or the Delta variant, currently makes up 6% of all coronavirus cases sequenced in the U.S.

The variant was first discovered in the Maharashtra state, which is the second most-populous state in India and where Mumbai is located.

Cases has been plummeting since September, but began spiking in April with a 50 percent increase in cases in the first week of May alone.

It was due to sequencing such a high number of cases that the county’s Health Ministry was able to identify the variant.

In a statement, officials said the variant was linked to between 15 to 20 percent of samples sequenced from Maharashtra state.

Indian health authorities have labeled the variant a ‘double mutant’ because it carries two mutations: L452R and E484Q.

L452R is the same mutation seen with the California homegrown variant and E484Q is similar to the mutation seen in the Brazilian and South African variants.

It has the worst of two very bad mutations out there and that’s a big concern,’ Dr Ali Mokdad, an epidemiologist with the University of Washington’s Institute for Health Metrics and Evaluation, told DailyMail.com last month.

Mokdad said the variant could be both more infectious variant like the California variant and an ‘escape variant’ like those from Brazil and South Africa, making vaccines less effective.

Fauci, the director of the National Institute for Allergy and Infectious Disease (NIAID), said that the Indian variant is the more prevalent in the UK, particularly among young people, who are the least likely to have been vaccinated. 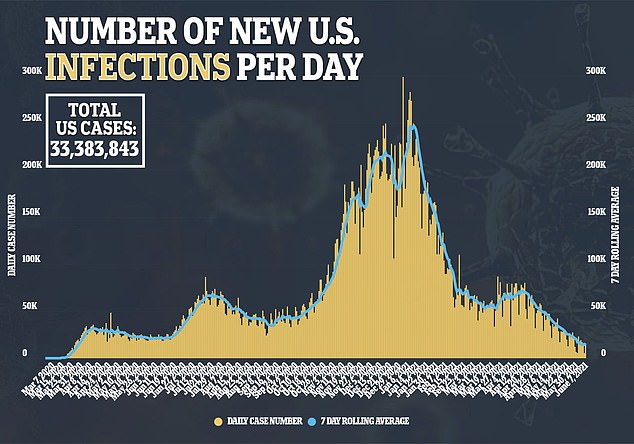 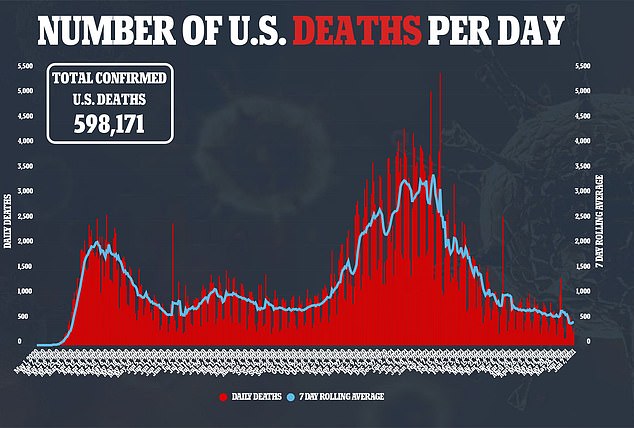 ‘In the UK, the Delta variant is the rapidly emerging as the dominant variant, [accounting for] greater than 60 percent. It is replacing the B.1.1.7,’ he warned.

‘When talking to their health authorities, the transmission is peaking in the younger group of 12- to 20-year-olds – mainly that group that we’re concerned about here, about making sure they get vaccinated.’

As of Tuesday, more than 63 percent of American adults have received at least one dose of the  COVID-19 vaccine, according to data from the Centers for Disease Control and Prevention.

However, President Joe Biden has set a goal of reaching a 70 percent threshold by July 4.

At the same briefing, CDC director Dr Rochelle Walensky said vaccinations were behind the plummeting numbers of cases and deaths in the US, and urged that more people roll up their sleeves.

‘There is more work to be done,’ she said. 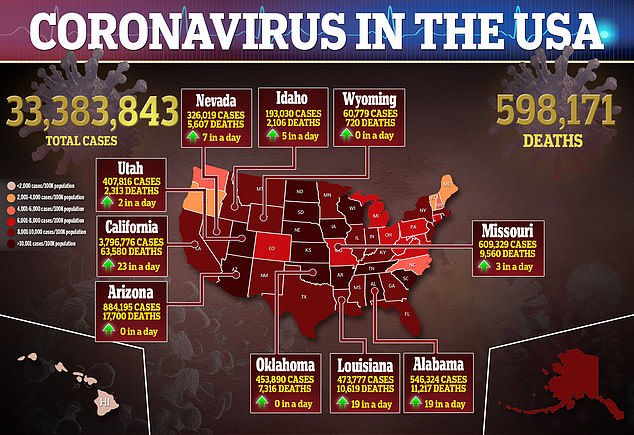 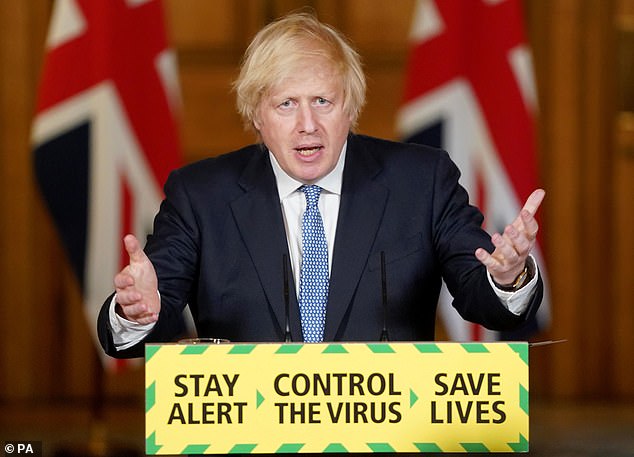 Fewer than HALF of Brits are still social distancing: Only 31% always completely follow the measures when spending time with family and […]