Emmanuel Macron is sensationally plotting to drop English from all EU meetings and replace it with French once the country takes control of the bloc’s rotating presidency next year.

Currently, English is the ‘working language’ of the EU and is used in high-level meetings between representatives from across the bloc’s 27 member states.

But sources suggest French premier Emmanuel Macron, 43, plans to implement French as the main language used by the EU’s diplomats.

Macron hopes to implement the new rule once France takes control of the rolling six-month EU presidency in 2022.

The news comes as the French premier was slapped in the face during a trip to the Drome region in south-eastern France today.

The assailant took the French President by the arm, appearing to stop him for a chat, before shouting: ‘Down with Macronia’ (‘A Bas La Macronie’) as he delivered the blow.

Bodyguards quickly seized upon the man and bundled him to the ground, as a member of Macron’s security detail pulled the president to safety. 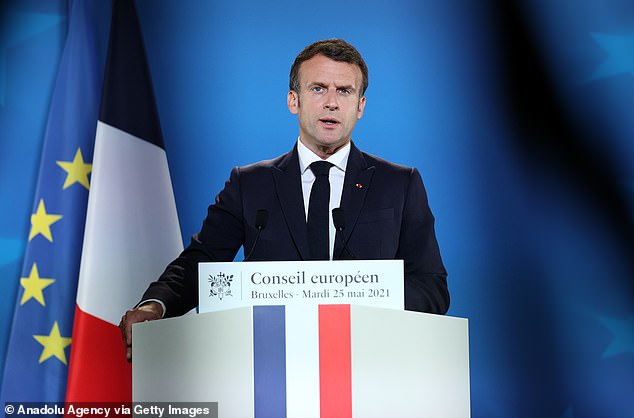 French President Emmanuel Macron, 43, plans to drop the use of English in EU meetings once France takes control of the EU’s rolling presidency in 2022

The French president is understood to be weighing up the decision to replace English with French in meetings held across the bloc from next year.

Macron is considering plans for all meetings in Brussels to be held in French and there are suggestions he will ignore letters sent by the European Commission if they are penned in English,reports The Express.

Minutes and official documents are also expected to be communicated in French, according to sources familiar with the scheme.

A senior French diplomat told Politico: ‘Even if we admit that English is a working language and it is commonly practiced, the basis to express oneself in French remains fully in place in the EU institutions.

‘We must enrich it, and make it live again so that the French language truly regains ground, and above that, the taste and pride of multilingualism.’ 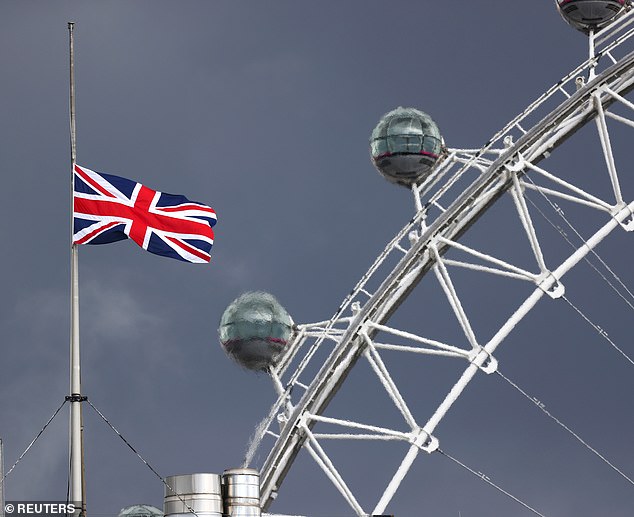 Currently, English is the working language used in most meetings held by the European Union

French is already one of the EU’s three ‘working languages’, alongside English and German, but Macron and his ministers plan to revive the language across the bloc.

Money could be put aside for language lessons for EU diplomats, and French-only debates are also being earmarked.

But the move has been met with criticism from EU insiders, who fear the crippling effect it could have on meetings which are usually conducted in English.

There are also concerns over the impact such a move could have in frustrating UK-EU relations further.

France will hold the EU’s temporary presidency from January to June next year – the first time since 2008.

French ministers Clement Beaune and Jean-Baptiste Lemoyne argued in April that control of the presidency created an ‘opportunity to hold high this vital fight for multilingualism’.

Earlier today, Macron faced fresh protests from some French voters with two men being arrested after the French premier was slapped in the face during a meet and greet event in the village of Tain-l’Hermitage. 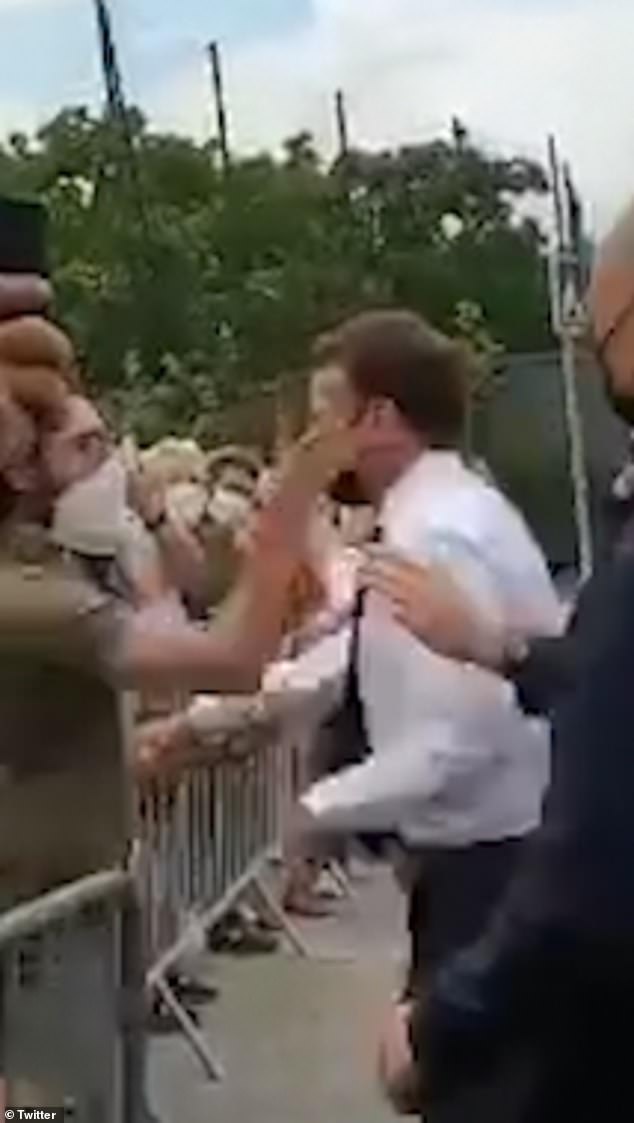 OW REVOIR: French President Emmanuel Macron was slapped across the face by a man during a trip to southeast France on Tuesday, an aide said

In video circulating on social media, Macron, dressed in shirt sleeves, could be seen walking towards a crowd of well-wishers who were behind a metal barrier outside the culinary school.

‘Mr Macron appeared very relaxed and thought he was getting a good reception from those watching him,’ said an eyewitness.

‘He was outside a catering school when he stuck his right hand towards a man who promptly grabbed it.

‘Then the man slapped the President in the face, before Mr Macron was pulled away by security guards.’

The president’s bodyguards seized upon the man and bundled him to the ground, as a member of Macron’s security detail pulled the president to safety.

The attack represents a serious security breach and overshadows the start of Macron’s ‘Tour de France’ which he said was designed to ‘take the pulse of the nation’ ahead of next year’s election. 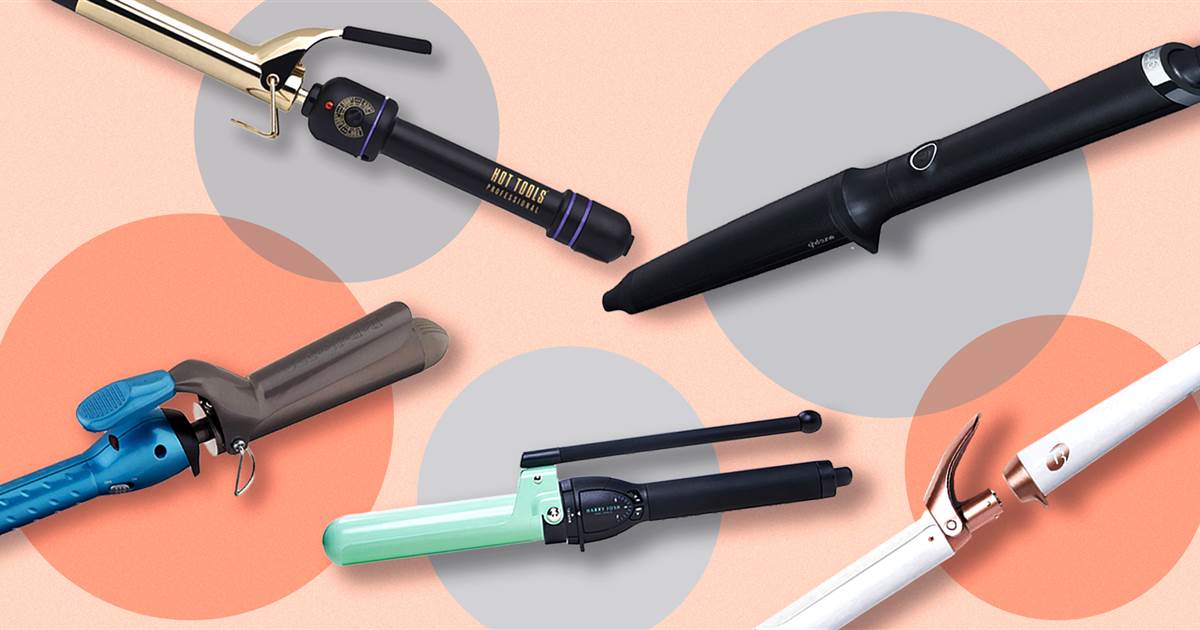 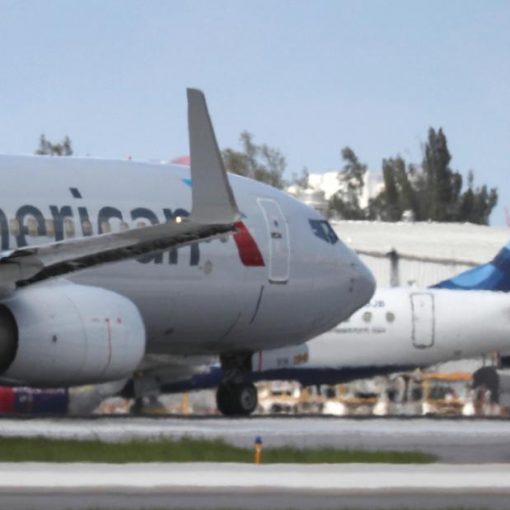 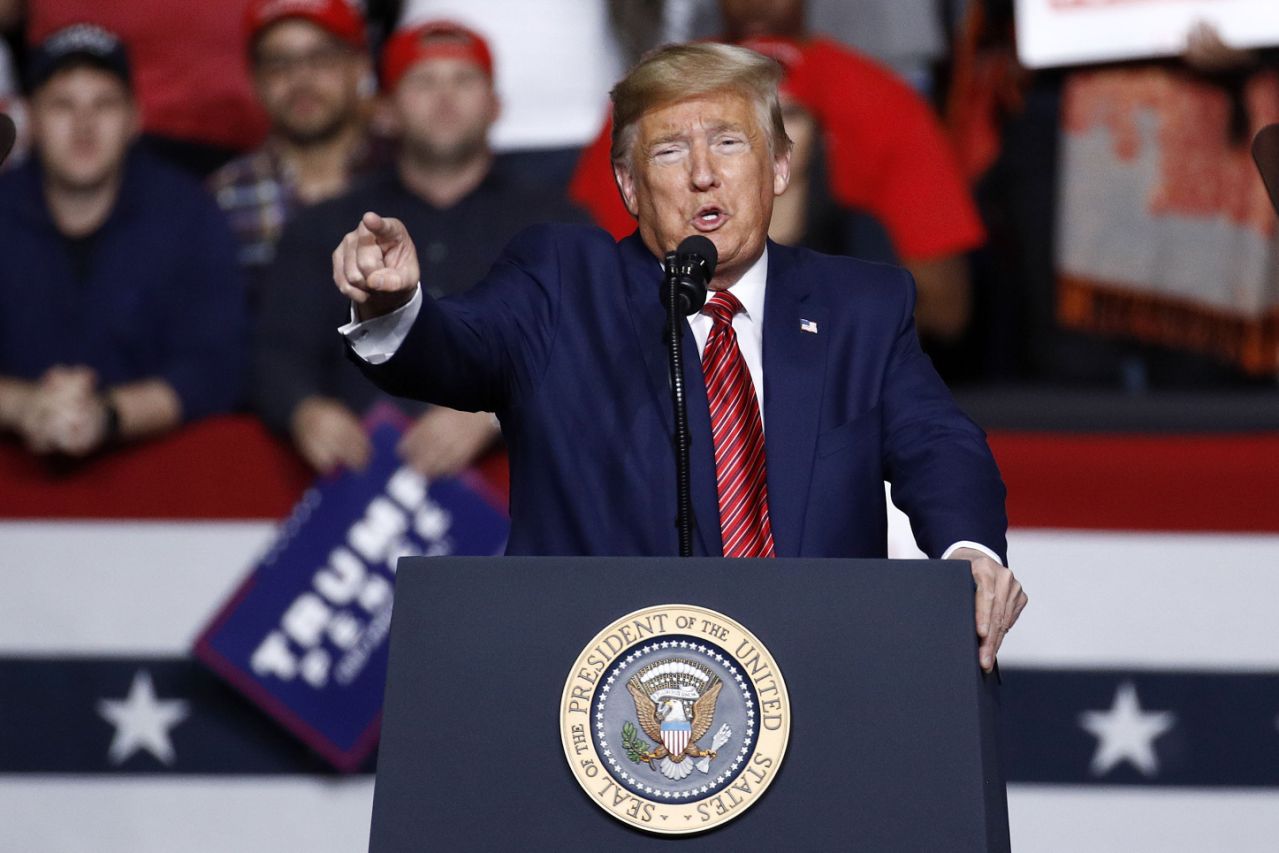 WASHINGTON (AP) — Pressing ahead in a pandemic, President Donald Trump looked to reverse a decline in his political fortunes Saturday by […] 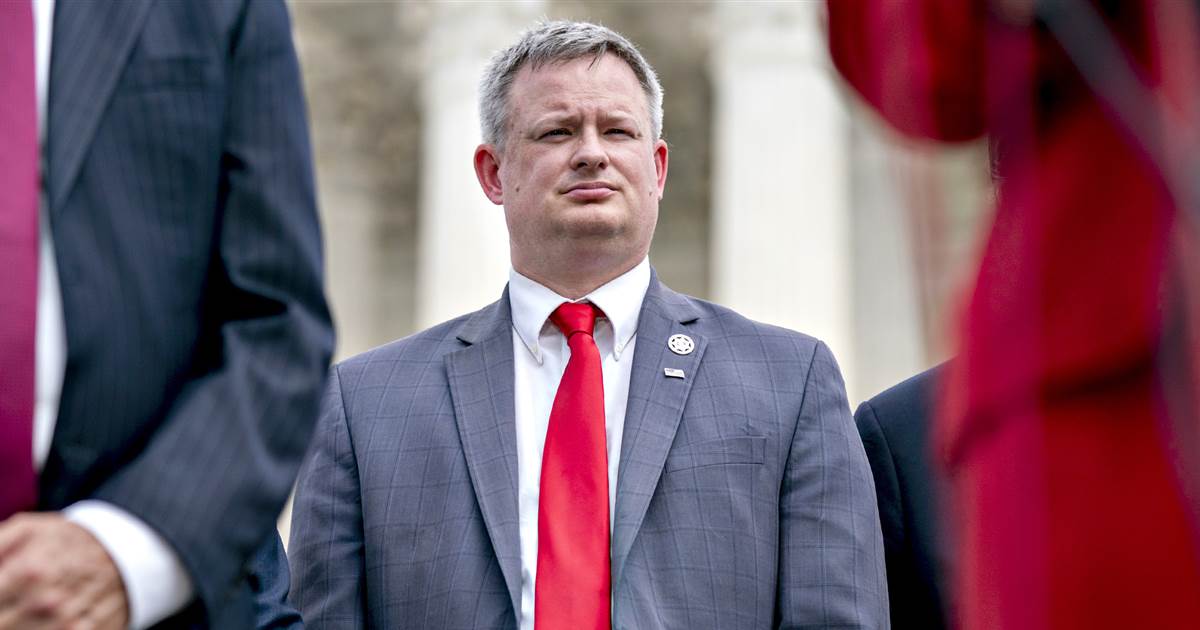