Donald Trump called Joe Biden a ‘mental r***rd’ when he saw he was losing in the polls during the 2020 campaign and believed the Democrats would replace him with Hillary Clinton or Michelle Obama because he was ‘too old’, a new book claims.

In Frankly, We Did Win This Election: The Inside Story of How Trump Lost, Michael Bender claims Trump was furious at his campaign team when he saw he was trailing to the then 77-year-old in voter surveys.

He allegedly interrupted an Oval Office policy meeting in early 2020 and asked: ‘How am I losing in the polls to a mental r***rd’, according to an extract obtained by Vanity Fair.

Bender also writes that Trump held off on attacking Biden in the early stages of the primary because he believed Hillary Clinton or Michelle Obama would replace him by the time of the general election, because he was ‘too old’. 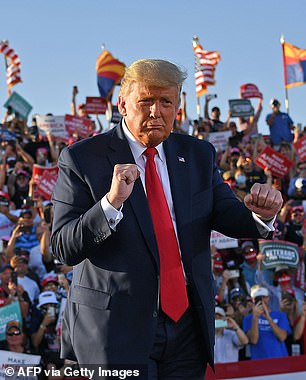 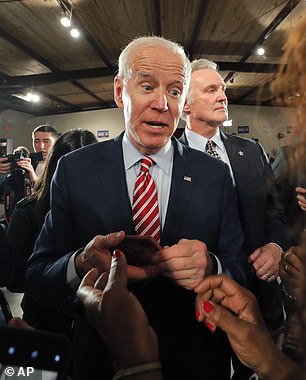 Donald Trump called Joe Biden a ‘mental r***rd’ when he saw he was losing in the polls during the 2020 campaign and believed the Democrats would replace him with Hillary Clinton or Michelle Obama because he was ‘too old’, a new book claims 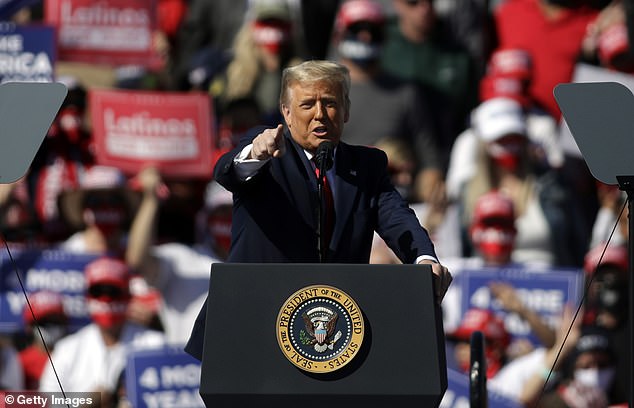 Trump, pictured on an October 28 rally in Arizona, was convinced that the election had been stolen from him, according to a new book to be released in August

For the book, set to be released on August 10, Bender interviewed more than 150 people, including Trump at least twice during two trips to Mar-a-Lago. 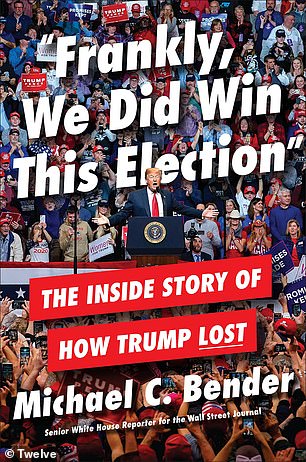 For the book set to be released on August 10, Bender interviewed more than 150 people, including Trump at least twice during two trips to Mar-a-Lago

A month before the COVID pandemic hit the U.S., Trump said in a meeting that the Democratic leadership would ‘realize [Biden is old] and they’re going to give it to someone else.’

Dick Morris, a former Clinton White House adviser who was working for Trump ‘quietly’ last year, told the president that Biden was ‘was too old and too prone to gaffes to be the nominee.’

Others in Trump’s inner circle, including Fox News’ Sean Hannity, believed Biden would be forced out of the race if Trump started on the offensive on the campaign trail.

‘The president, meanwhile, had often complained that his early attack on Elizabeth Warren had damaged her presidential bid, which he regretted because he viewed her as an easier opponent than Biden,’ Bender writes.

‘Now he worried that a heavy blitz of attack ads would hasten the secret plot being hatched by Democrats, and his mind raced with who they might select in Biden’s place.’

Trump was so wedded to the idea that Biden would drop out of the race, or be forced out, that he even blocked spending on ads to attack him.

Bender writes that Trump ‘had cited it as a reason to hold off on heavy spending against Biden earlier in the month.’

Trump campaign pollster Tony Fabrizio, Bender writes, tried to stop a belief that spread through the team that the Democrats were going to steal the nomination at the convention.

In a memo, Fabrizio wrote: ‘I know there is some concern (which I strenuously disagree with) that if we go after Biden too soon, we can collapse him, and the Dems will replace him at their convention. I know POTUS tends to share this opinion.

Bender adds that Fabrizio tried to make clear that the remaining Democratic primaries had ‘no significant challenger’ and Biden ‘had the delegate map to secure the nomination’. 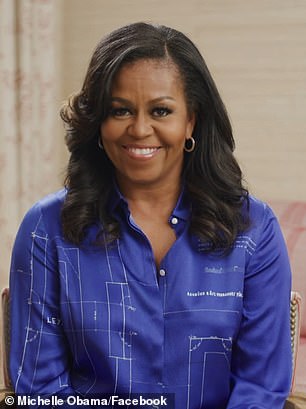 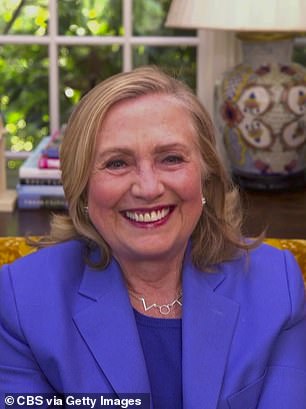 The title of Bender’s book comes from Trump’s statement on November 4, 2020 – two days after the election, with millions of votes still uncounted, but with Biden looking like he may secure a victory.

‘This is a major fraud on our nation. We want the law to be used in a proper manner. So we’ll be going to the U.S. Supreme Court. We want all voting to stop.

‘A very sad group of people is trying to disenfranchise’ the millions of people who voted for Trump, he said in his statement at the White House.

Since then he has maintained that he won the vote and claims it was mired in ‘election fraud’.

He has now backed audits and recounts in several states including Arizona and Pennsylvania in his continued bid to get the results overturned. 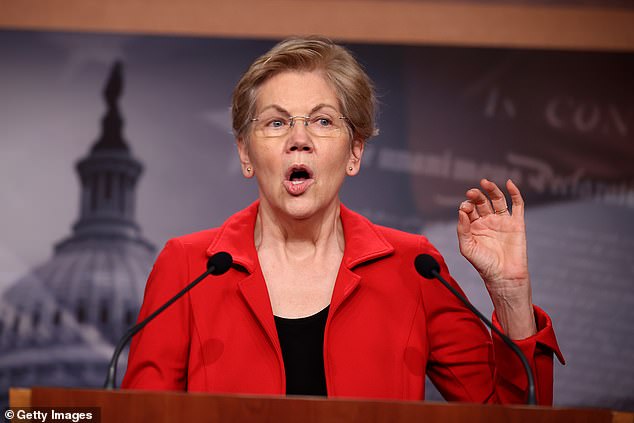 Trump also regretted attacking Elizabeth Warren so early on because he believed she was an ‘easier’ opponent, Bender writes 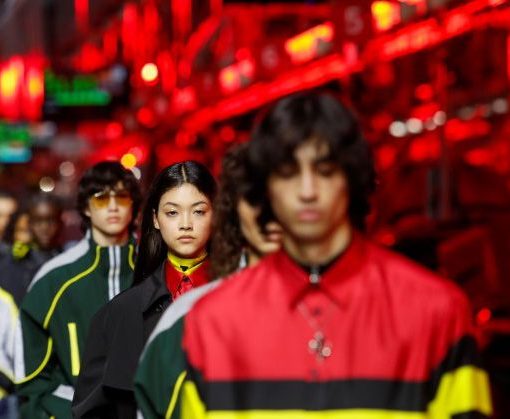 Ferrari (RACE.MI) on Sunday rolled out its first in-house fashion collection, offering fans of the Ferrari brand and its supercars a touch […]

PARAMARIBO (Reuters) – Authorities in Suriname have made their largest ever seizure of cocaine, found hidden in containers filled with rice waiting […] 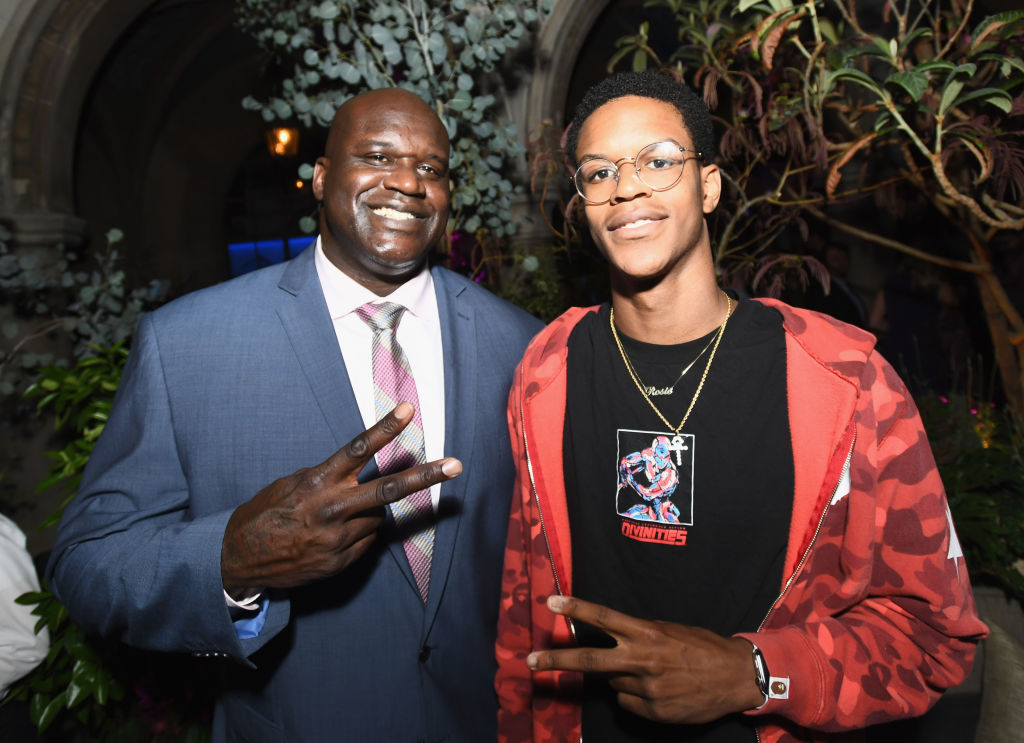 Three days after reopening his recruitment, 4-star power forward Shareef O’Neal has reportedly picked a new school. According to Josh Gershon of […] Although the blasts hit Iraq’s capital, there were no reports of any casualties. According top Iraqi security services, one rocket exploded inside […]