It’s a rare movie bomb that’s such a catastrophe it becomes a byword for cinematic failure. Ishtar, Elaine May’s 1987 comedy about two musicians who become wrapped up in a CIA plot in north Africa, is one of the lucky few.

Negative buzz trailed the film, made on an at-the-time grossly inflated $51m budget, from troubled production to release. Bad box office (final losses came to about $40m) followed savage reviews – typified by Roger Ebert writing that it was “a lifeless, massive, lumbering exercise in failed comedy” – and Ishtar quickly became a punchline. A Far Side comic strip would depict “Hell’s video store” as one which stocked nothing but copies of the film. When Kevin Costner’s Waterworld itself went off the rails in the mid-90s, the press mockingly dubbed it “Fishtar”, a familiar shorthand for Hollywood profligacy in service to a true creative folly.

Though it has high-profile fans (Tarantino and Scorsese are among them), Ishtar is a comedy whose greatest joke is still widely thought to be its own monumental failure. Thirty-four years removed from the drama of its making, however, Ishtar doesn’t play like the dud of legend.

Inspired by Bob Hope and Bing Crosby’s Road to … movies, Ishtar lives and dies by its pairing of Warren Beatty and Dustin Hoffman as Lyle Rogers and Chuck Clarke, two ageing singer-songwriters convinced they can be the next Simon and Garfunkel. Unfortunately, Rogers & Clarke is an act so atrocious they can only book a gig at a hotel in Marrakech (it was that or war-torn Honduras), and it’s to the credit of two of the biggest movie stars of the age that they not only convince as talentless losers, but that they so eagerly and winningly commit to the bit.

Hoffman, who got his break in The Graduate (directed by Elaine May’s former comedy partner Mike Nichols) and had a blockbuster hit with Tootsie, his last film immediately before Ishtar, makes for an unsurprisingly capable anchor of May’s farce. This leaves Beatty to be Ishtar’s comic revelation, playing successfully against type and reputation to appear every bit the awkward, galumphing sidekick to Hoffman’s diminutive ladies’ man. Chaperoning us from a wintry New York to scorching Morocco via the fictional nation of Ishtar, Lyle and Chuck make for endearingly dimwitted company, on the fly constantly concocting almost-hummable original tunes with inane titles like Wardrobe of Love and That a Lawn Mower Can Do All That. It could have all been a recipe for a mean-spirited jab at the deluded dreamers of the world, but May is too generous a humanist to treat any of her characters with ridicule.

Only the third woman to be admitted to the Directors Guild of America, Elaine May was an Oscar-nominated writer-director with three well-regarded features to her name when she was hired to direct Ishtar; more than three decades later, she still hasn’t directed another. If Ishtar isn’t quite the perfect object that is her greatest work, 1972’s The Heartbreak Kid, the film that may well prove to be May’s last is still evidence of what a loss to cinema her absence has been. May always revelled in uncomfortably human moments going back to her Nichols and May days, and Ishtar is at its best whenever Lyle and Chuck are making neurotic spectacles of themselves. One of the film’s funniest and most touching scenes sees Lyle trying to talk a suicidal Chuck off the ledge of his apartment by giving him the world’s most depressing pep talk (“It takes a lot of nerve to have nothing at your age … most guys’d be ashamed!”).

Beyond Beatty, Hoffman and May, Ishtar is perhaps best of all a showcase for the late Charles Grodin. Playing an amoral CIA agent who’s only slightly smarter than the protagonists, Grodin is reliably, riotously deadpan in a role meant to represent the arrogant, blundering worst of Reagan-era foreign policy. If the rest of the film is more hit and miss, Grodin lands every one of his scenes, whether he’s seducing a clueless Chuck on to the agency payroll over a candlelit dinner or failing to direct a covert hit on two American citizens in the Ishtari desert (“Just get out, we can still say we made a mistake”).

Undeniably shaggy, with an anticlimactic third act where a battle sequence deemed too expensive for the spiralling production was supposed to be, Ishtar doesn’t warrant the same kind of breathless re-evaluation that Michael Cimino’s Heaven’s Gate, that other great film flop of the 1980s, underwent a few years ago. Still, what works about Elaine May’s fourth picture amounts to some of the finest material produced by a brilliant but sadly unprolific film-maker. Not epochally bad, then, Ishtar is instead something more ordinary: a fun, good-natured little comedy that just happened to cost big. 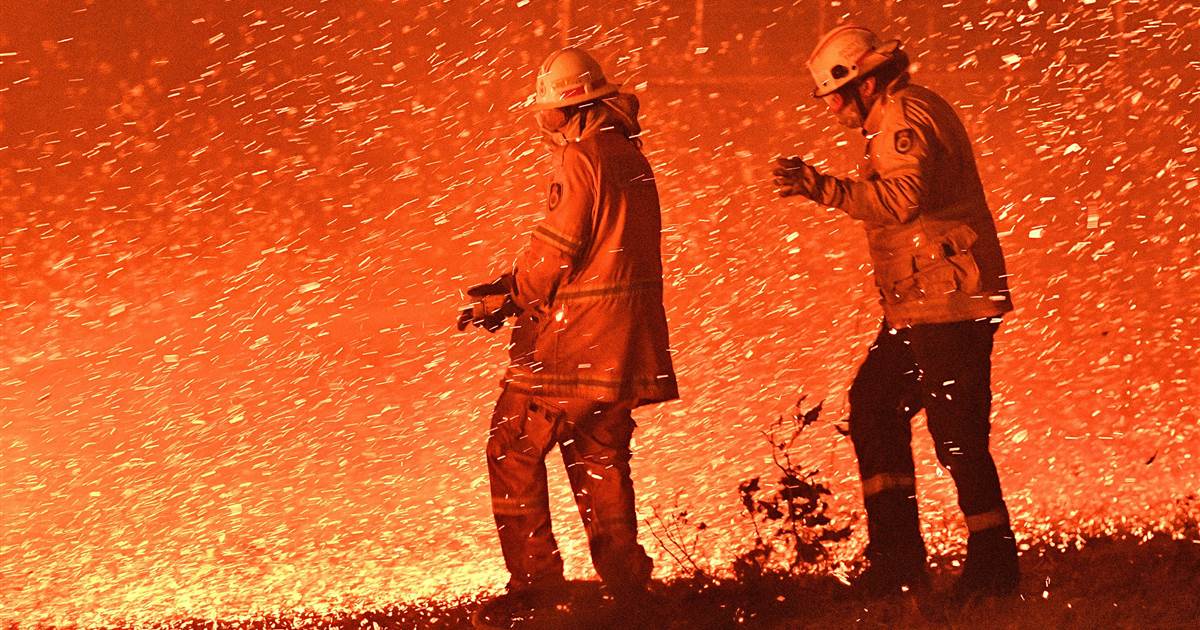 Australia’s wildfires, unprecedented in their size and severity, are so intense they are setting off a series of bizarre phenomena, including fire-driven […] 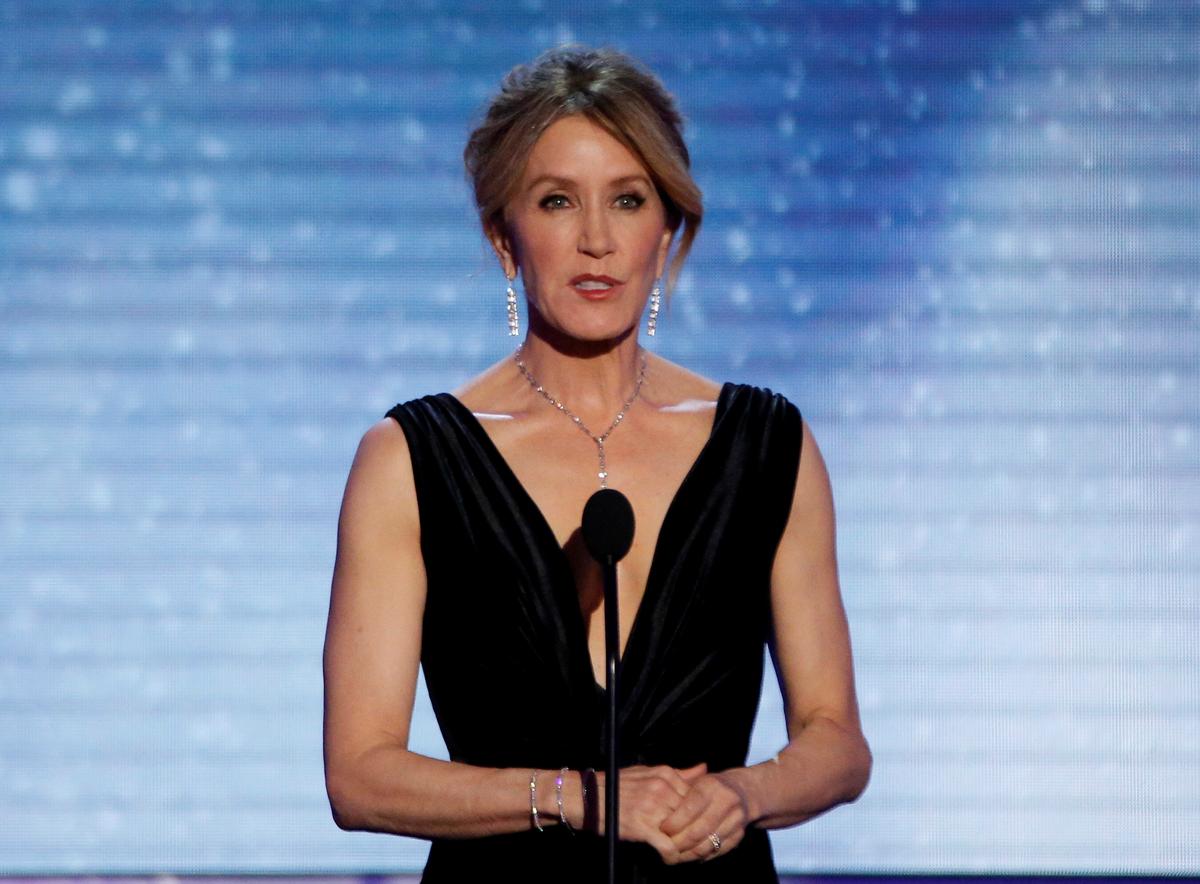 BOSTON (Reuters) – Federal authorities arrested dozens of people on Tuesday for a $25 million scheme to help wealthy Americans, including actresses […]

When fire struck Paris’s Notre Dame cathedral last week, my first instinct, shared no doubt with millions across the globe, was to […]