BUDAPEST, Hungary — The Hungarian government says it is suspending the country’s mass vaccination drive and reducing the number of places coronavirus shots will be available, citing the number of people who have received them already.

Prime Minister Viktor Orban said during a radio address on Friday that it did not make sense to keep the vaccination program run by his government going given the strain it puts on doctors and hospitals.

Instead, it will be up to individuals to arrange to get vaccinated at the fewer locations that will be offering shots, Orban said.

According to the prime minister, 54% percent of the Hungarian population of about 10 million has received a first dose of a vaccine and 38% is fully vaccinated.

Hungary became a European Union leader in COVID-19 vaccinations after securing shots from Russia and China as well as from Western pharmaceutical companies that had deals with the EU.

Orban said Hungary has more shots available than people registered to get them. He said the country expects to have an even greater vaccine surplus in the coming months.

LONDON — Britain’s medicines regulator has approved the Pfizer-BioNTech coronavirus vaccine for children aged 12 to 15, saying the benefits outweigh any risks.

The Medicines and Healthcare Products Regulatory Agency said Friday that clinical trial data showed the vaccine was “safe and effective in this age group.”

The United States and the European Union also have approved the Pfizer vaccine for the 12-15 age group.

The British government is aiming to give everyone over 18 at least one shot of vaccine by July 31 and has not yet decided whether to extend the vaccination campaign to younger people. It said it would act on a recommendation from its scientific advisory committee on immunization.

“We will be guided by the expert advisers and will update in due course,” the Department of Health said.

PARIS — France is putting itself back on the menu as a destination for international tourists who are vaccinated, removing the need for coronavirus tests for vaccinated Europeans and allowing vaccinated tourists from most of the rest of the world, including the United States, to also come back but still with a negative test.

The relaxed rules will kick in from Wednesday, offering a boost for France’s tourism sector. Tourism will not be possible, however, from countries wrestling with virus surges and worrisome variants. This “red list” for the moment has 16 countries, including India, South Africa and Brazil.

Outside of Europe, most of the rest of the world is classed as “orange” in the new travel rulebook released Friday by the French government.

Vaccinated visitors from “orange” countries — including the United States and Britain – will no longer need to quarantine on arrival and will no longer have to justify the reasons for their trip to France. They will, however, be asked for a negative PCR test no older than 72 hours or a negative antigenic test of no more than 48 hours.

European visitors and those from seven countries classed as “green” – Australia, South Korea, Israel, Japan, Lebanon, New Zealand and Singapore – will no longer need to undergo testing if they’re vaccinated.

In a statement, the ministry thanked Washington for sending the much-needed COVID-19 supplies to Pakistan.

Pakistan has a fragile health care system and is currently in the middle of the third wave of the pandemic.

COPENHAGEN, Denmark — Denmark will donate 358,700 unused vaccine doses to Kenya, saying the batch of Astra Zeneca that expires July 31 should be delivered as soon as possible.

It is part of the 3 million doses that Denmark has earmarked for donation this year.

“No one is safe until everyone is safe,” Denmark’s Foreign Aid Minister Flemming Moeller Mortensen said in a statement. “Kenya is in a difficult situation as they have received far fewer vaccines than they should have had.”

The donation will be shipped via the U.N. children’s agency UNICEF.

In March, Denmark became the first country in Europe to remove the AstraZeneca jabs from its vaccination program over a potential link to a rare but serious form of blood clot.

Norway followed Denmark, and many countries in Europe and elsewhere followed suit. They later resumed using the shot after the European Medicines Agency said that it was safe but with some restricting it to certain age groups, mostly those above age 50 or 60.

BERLIN — A high-rise building housing students in the German city of Dresden has been put under quarantine after a resident who had returned from India died.

The city says mandatory coronavirus tests will be carried out on all residents Friday and they will remain under quarantine until Tuesday, by when test results and sequencing should be complete. It didn’t specify how many people are affected.

A statement said the young man who died after contracting COVID-19 had no known previous conditions and his condition deteriorated rapidly, leading authorities to suspect that he was infected with the delta variant, first discovered in India. It has yet to make a major impact in Germany, where the alpha variant first identified in Britain is dominant.

NEW DELHI — India reported another 132,364 coronavirus cases in the past 24 hours, a declining trend with recoveries exceeding new cases this week, and prompting several state governments to ease some of the restrictions.

The latest update from the Health Ministry on Friday raised the nation’s total to more than 28.6 million, the second-highest in the world after the United States. The ministry said 2,713 more people died in the past 24 hours, driving the overall toll to 340,702. These numbers are certain undercounts.

The decline in daily confirmed infections prompted state governments, like New Delhi and Maharashtra, to announce measures to exit lockdowns.

The western state of Maharashtra, home to financial hub Mumbai, is planning to lift most restrictions across half of its districts this month, officials said. New Delhi has already reopened manufacturing and construction activity.

Pressure is mounting on Prime Minister Narendra Modi’s government to speed up vaccinations. India has administered just over 220 million jabs so far and less than 5% of the country has been fully vaccinated.

PHOENIX — Arizona’s state-run COVID-19 vaccination sites, which were touted as a national model, will be shutting down later this month.

The state Department of Health Services announced Thursday all its mass vaccination sites are gradually winding down operations and will be closed by June 28.

Health officials pointed to the growing number of options for people to get vaccinated including pharmacies, doctors’ offices and pop-up clinics.

Approximately 1.6 million vaccine doses have been administered across state mass vaccination sites. The very first one, which opened in State Farm Stadium in Glendale, drew praise from President Joe Biden.

More than 5.9 million doses so far have been administered in the state. Around 3.3 million people have received at least one dose. More than 2.8 million have gotten both doses — that’s less than half of the state’s population eligible to receive vaccines.

WASHINGTON — White House officials say U.S. producers of vaccine materials and ingredients will no longer have to prioritize orders from three companies working on COVID-19 shots.

The change is expected to ease global shortages of key vaccine materials for overseas companies and governments.

Officials say the government is dropping its use of the Defense Production Act to prioritize supply orders from AstraZeneca, Novavax and Sanofi. Those three companies have not yet won U.S. authorization for their COVID-19 shots, despite receiving funding from the federal government for development and manufacturing.

CAPE TOWN, South Africa — The World Health Organization says COVID-19 vaccine shipments have ground to “a near halt” in Africa while coronavirus cases have spiked 20% over the last two weeks.

South Africa alone had a more than 60% rise in new cases last week as the country with the highest coronavirus caseload in Africa continued to face delays in its effort to roll out the single-dose Johnson & Johnson vaccine.

More than 1 million J&J doses remain on hold at a pharmaceuticals plant in South Africa because of contamination concerns at a U.S. factory. The head of the Africa CDC said he expects an announcement from the U.S. Food and Drug Administration on those contamination issues soon.

GENEVA — The World Health Organization’s top vaccines expert says that immunizing children against the coronavirus “is not a high priority” given the extremely limited global supply of vaccines.

Dr. Kate O’Brien says vaccinating children “is not a priority from a WHO perspective,” even as increasing numbers of rich countries authorize their COVID-19 shots for teenagers and children. O’Brien says since children are not typically at risk of getting severely ill or dying from COVID-19, vaccinating them during the pandemic is mostly aimed at stopping transmission, rather than protecting them from disease.

Canada, the U.S. and the European Union have all recently approved some COVID-19 vaccines for children age 12 to 15 as they approach their vaccination targets for adults. WHO director-general Tedros Adhanom Ghebreyesus has previously urged rich countries to donate their COVID-19 shots to poor countries rather than immunize their adolescents and children. Fewer than 1% of COVID-19 vaccines administered globally have been used in poor countries.

O’Brien says it’s not necessary to vaccinate children before sending them back to school if the adults in contact with them were immunized.

Bahrain civil aviation authority on Monday suspended all its flights from Dubai airport and Sharjah airport for 48 hours over coronavirus fears. […] 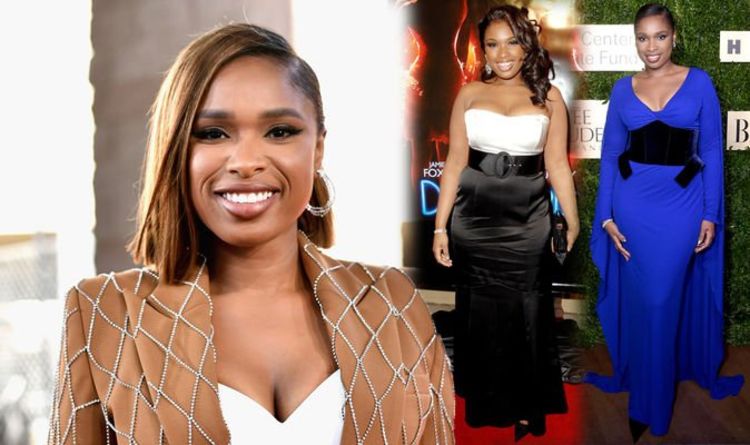 Jennifer Hudson has become a household name and worked hard for a hugely successful career since winning American Idol 15 years ago. Since finding […] 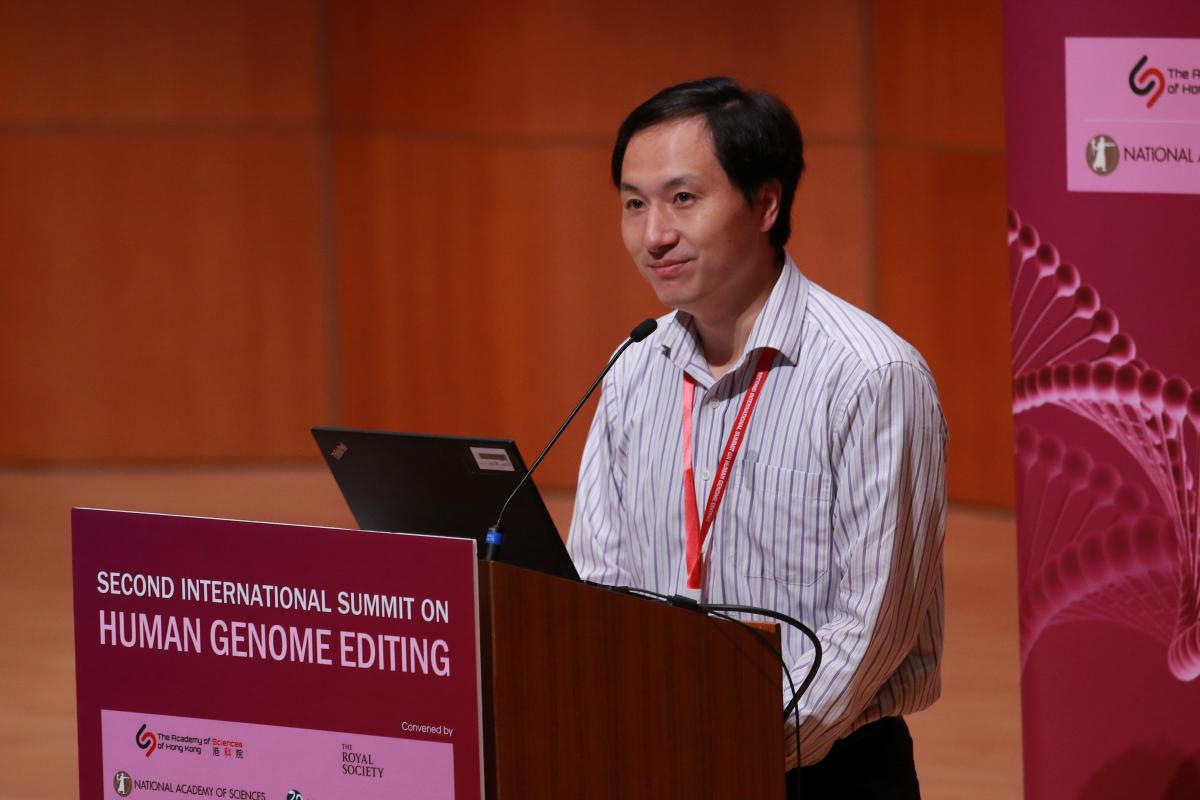