Game Over! LeBron James suffers his FIRST opening-round playoff defeat as defending-champion Lakers are eliminated by Devin Booker and the sharpshooting Suns

It may have taken 15 playoff appearances over 18 NBA seasons, but LeBron James has finally suffered a first-round postseason defeat.

Beset by injuries, the defending-champion Lakers were overwhelmed by Devin Booker and the Phoenix Suns on Thursday night, dropping Game 6, 113-100, at Staples Center in Los Angeles. James & Co. nearly engineered a valiant second-half comeback, but Booker proved to be too much, dropping 47 points while draining 8 of 10 3-point attempts.

With the season-ending loss, the Lakers became only the fifth reigning title holder in NBA history to be eliminated on their home court in the first round. 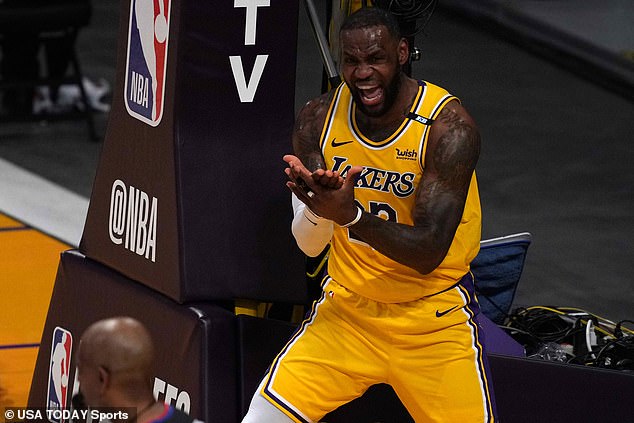 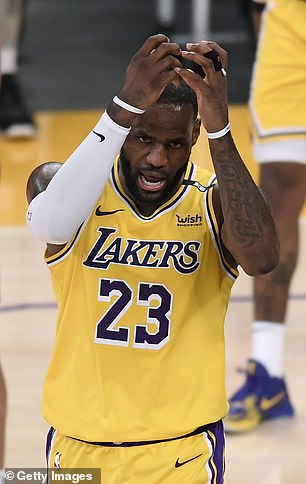 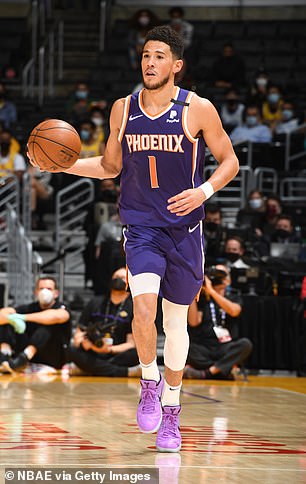 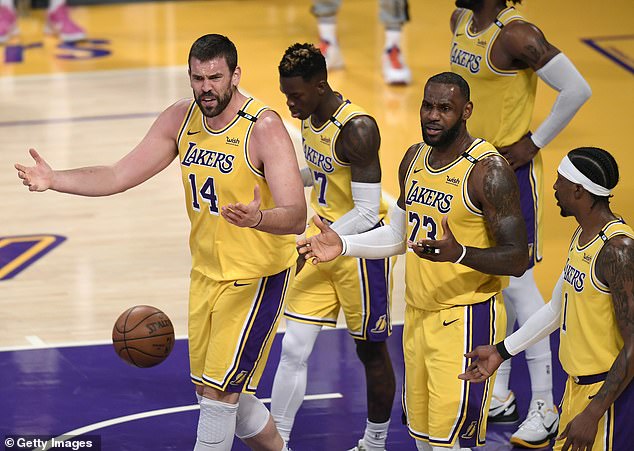 For the Lakers, the fall from atop the NBA’s hierarchy was fast.

Back in October, James and his Lakers teammates were celebrating the franchise’s 17th NBA title with a Finals victory over the Miami Heat inside the league bubble in Orlando.

But the realities of pro sports in the pandemic dictated that the 2020-21 season start in late December, and the quick turnaround may have contributed to the Lakers’ injury problems that continued into the postseason.

James entered Thursday’s Game 6 with a bad ankle, and running mate Anthony Davis was returning from a groin injury after missing 30 regular season games with calf and heel issues.

On Thursday, Davis logged only five minutes before aggravating the groin injury. He returned to the locker room soon after before re-emerging with a freshly wrapped leg.

And that was only the beginning of the Lakers’ first-quarter problems.

Not only did Booker make his first six three-point attempts, but teammate Jae Crowder started 3 for 4 from deep as Phoenix jumped pout to a 36-14 lead that proved insurmountable for LA.

Phoenix advances to face the Denver Nuggets in the second round. 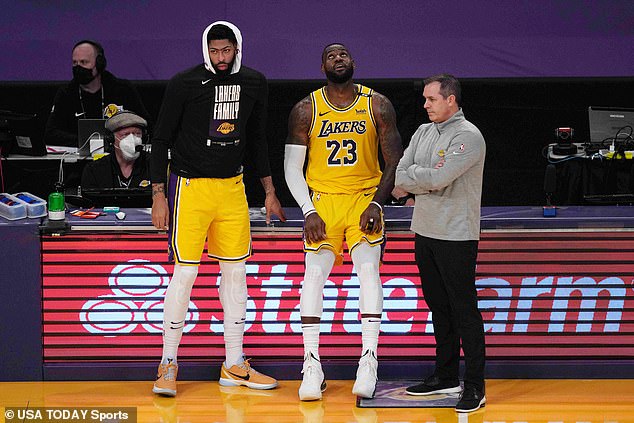 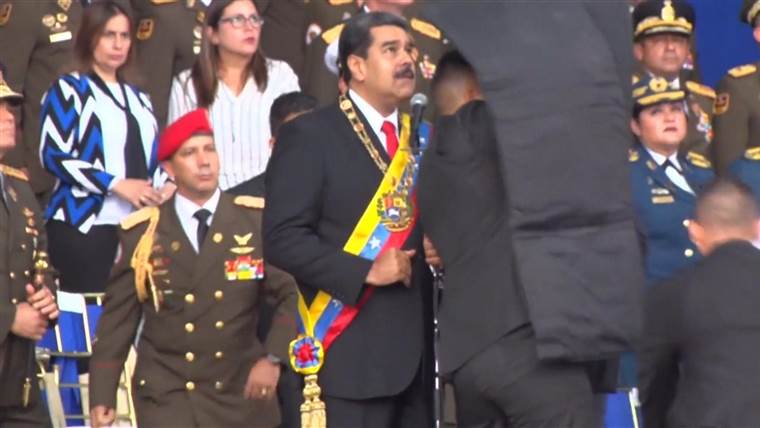 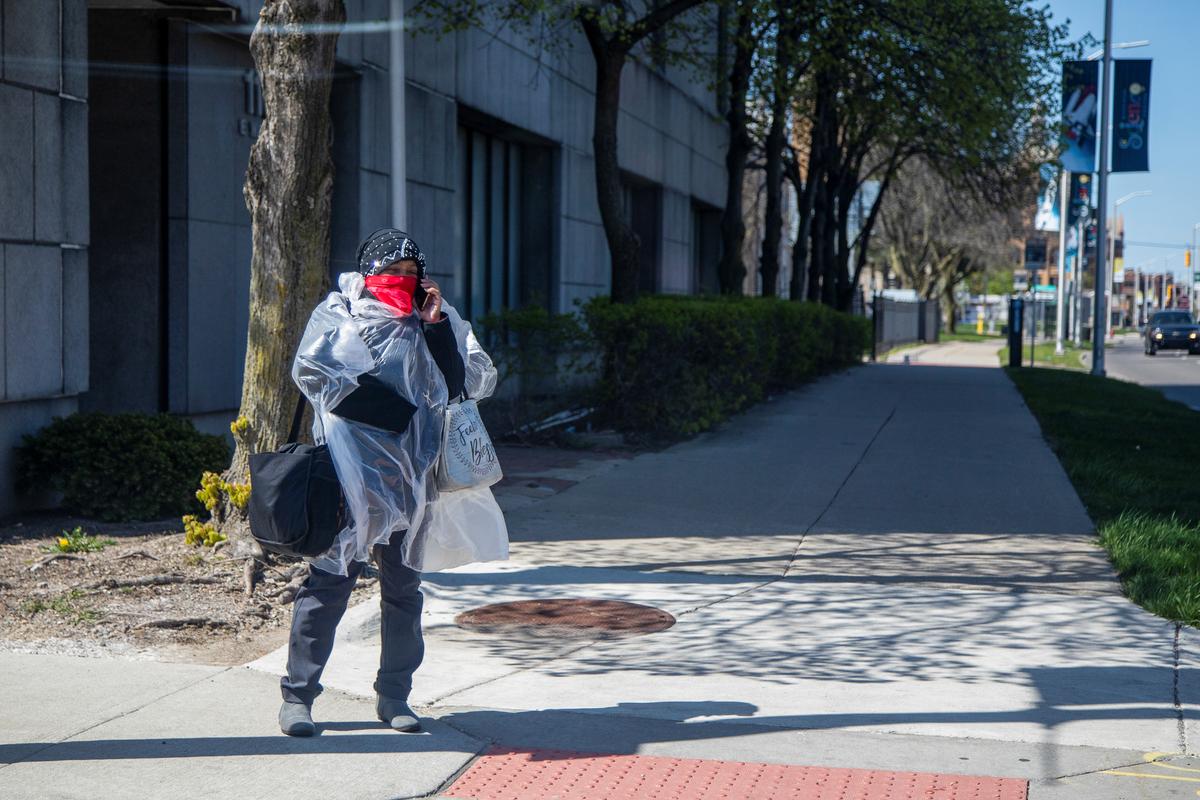 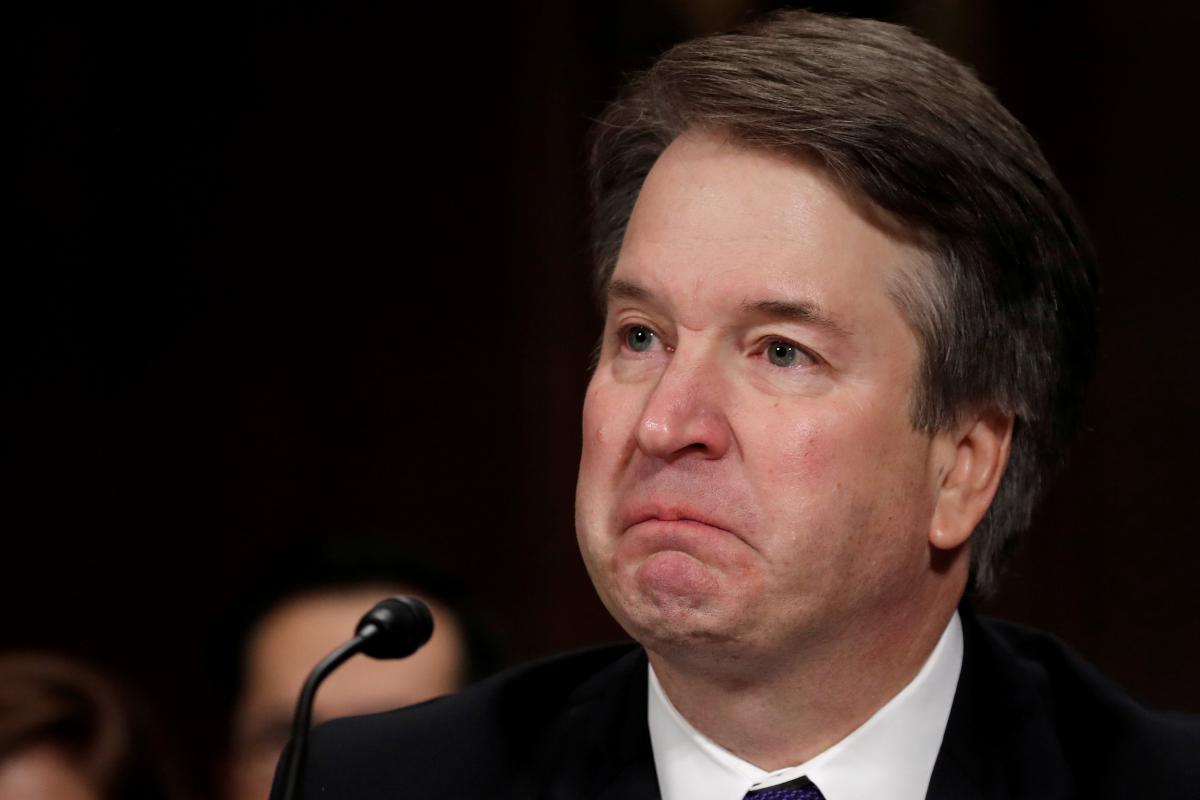 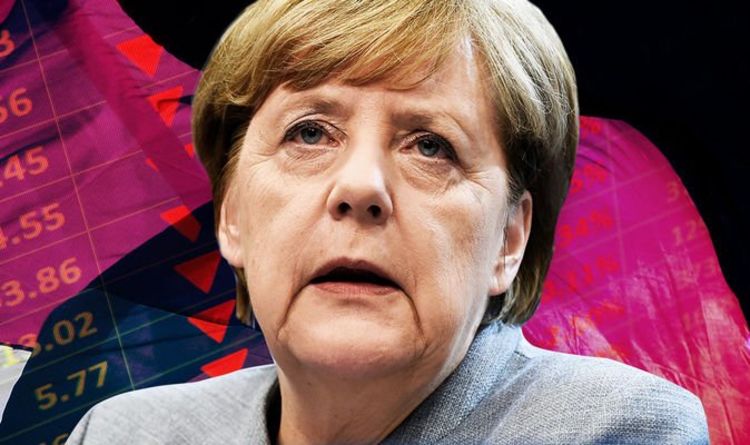 The Bundesbank said the German economy contracted again in the third quarter of the year. That followed a decline in output of […]