It was Jan. 31, 2020, and a leading infectious disease expert, Kristian Andersen, had been examining the genetic characteristics of the newly emerging SARS-CoV virus.

“Some of the features (potentially) look engineered,” Andersen wrote in an email to Dr. Anthony Fauci, noting that he and other scientists “all find the genome inconsistent with expectations from evolutionary theory.”

But, he added, “we have to look at this much more closely and there are still further analyses to be done, so those opinions could still change.”

Change they did. Just four days later, Andersen helped coordinate a statement that would later be published in the prestigious Lancet medical journal that not only argued against the idea that the virus had been engineered, but branded it a conspiracy theory.

That initial email, which was released to the Washington Post and BuzzFeed this week under the Freedom of Information Act, has been seized on by conservative news organizations as a smoking gun, proving that top officials and scientists covered up the origins of the Covid-19 virus.

On its own, the email doesn’t prove that or any other conclusions. But it does raise questions about why Andersen and other scientists came down so firmly in defense of “the medical professionals of China,” as the Lancet letter put it, appearing to brand any suggestion of a potential Chinese cover-up of the virus origins as out of bounds.

The U.S. government has since accused China of withholding significant information that has prevented a thorough investigation into how the virus emerged. And U.S. intelligence officials — while seeing no evidence the virus was genetically modified — say the possibility that the virus leaked from a lab in Wuhan is one they have not ruled out, and continue to investigate.

After the emails were made public, Andersen tweeted this week that “we seriously considered a lab leak a possibility,” but reconsidered upon further review of the evidence.

“Significant new data, extensive analyses, and many discussions led to the conclusions in our paper,” he said. “What the email shows, is a clear example of the scientific process.”

Andersen’s use of the term “lab leak” could be confusing, however, because he was talking in the emails about the question of whether the virus had been modified or engineered. Another theory, experts say, is that scientists at the Wuhan Institute of Virology were studying samples of the virus taken from bats, and a mishap allowed it to escape without it ever having been modified. That could mean it arose in nature, but leaked from the lab.

Most scientists who have examined the virus don’t see any evidence that it was genetically modified. Scientists who argue against the lab leak theory have often conflated the two distinct scenarios. In fact, no examination of the virus’s genetic footprint can reveal whether the virus, taken from its natural state, was being studied in a lab. Nor can the virus’s genetic make-up speak to whether it spread to humans in Wuhan as a result of a lab accident.

Jamie Metzl, a former Clinton administration official who has long called for a full investigation into the origins of Covid-19, says the email exchange does not reflect well on Andersen. Metzl questions how much new data could have arisen in the four days between the email and his feedback for an upcoming Lancet paper or before the Feb. 19 publication of the Lancet letter itself.

In an interview with NBC News, Metzl said he believes that Andersen and other scientists, perhaps reacting to inflammatory rhetoric by Donald Trump, were too quick to dismiss reasonable questions about whether the virus could have escaped from a lab in Wuhan, and even whether it could have been modified in that lab.

Andersen did not respond to a request for comment.

A fact sheet put out by the State Department at the end of the Trump administration in January — which was vetted by intelligence agencies and has not been disavowed by the Biden administration — says there is circumstantial evidence for a lab leak.

It has since emerged that the U.S. identified three employees of the Wuhan Institute of Virology who sought treatment at a hospital for symptoms consistent with Covid-19, contradicting the head of that lab, who said none of her workers got sick.

The State Department also said the lab was doing secret experiments on behalf of the Chinese military and was working on so-called “gain of function” research that could make viruses more contagious in humans. WIV-head Shi Zhengli, who has been dubbed the “bat lady” in some circles because she studied viruses in bats, has denied working with the military.

Many scientists continue to argue that Covid-19 most likely arose in nature.

“Clearly there are parts of the natural origin theory that are missing,” Garry added. “We’re missing the intermediate species, if it does exist. We’re missing the bat progenitor, which almost surely does exist. But the question of finding that is going to take years, or decades, even…

“There certainly needs to be a whole lot more done, and it needs to be an international effort like no other to keep us from having another outbreak and pandemic like this one. With the lab leak, I think we do need to investigate that, too.”

President Joe Biden has asked intelligence agencies to redouble their efforts to get to the bottom of Covid-19’s origins and report back to him in 90 days.

The recently released emails don’t shed much light on what Fauci was saying privately about the lab leak theory, in part because many of his emails are redacted.

Publicly, Fauci leaned into the idea that the virus jumped from animals to humans in nature. More recently, he has acknowledged that the evidence is inconclusive and called for more investigation.

One email that has drawn attention went to Fauci on April 18, 2020, from the head of a research group which partners with the Wuhan Institute of Virology.

Peter Daszak, a zoologist and president of the EcoHealth Alliance, who has been among the most vocal critics of the idea of a lab leak, wrote, “I just wanted to say a personal thank you on behalf of our staff and collaborators, for publicly standing up and stating that the scientific evidence supports a natural origin for COVID-19 from a bat-to-human spillover, not a lab release from the Wuhan Institute of Virology.”

Daszak, who has collaborated with Shi Zhengli and the WIV, was also part of the World Health Organization delegation that spent time in China earlier this year to investigate the origins of pandemic. After the WHO team initially ruled out a lab leak, only to be overruled by the agency chief, critics accused Daszak of having a disqualifying conflict of interest, something he disputes.

“From my perspective, your comments are brave, and coming from your trusted voice, will help dispel the myths being spun around the virus’s origins,” Daszak wrote to Fauci.

The next day, Fauci wrote back: “Many thanks for your kind note.” 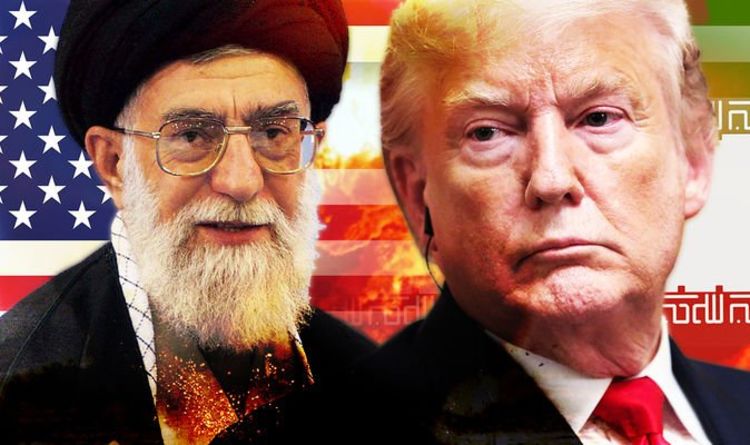 The Iranian government’s damning document was revealed today, and it outlines how the country’s forces were developing monstrous nuclear weapons in 2002. […] “My #COVID19 test came back positive. I want to thank everyone for the outpouring of support. It means a lot to my […] 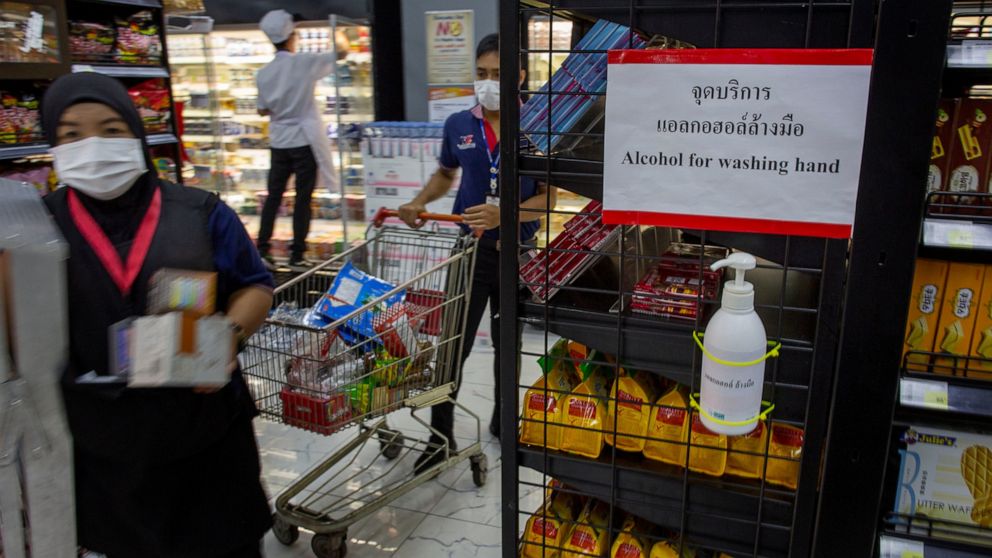 A hand sanitizer container is mounted in store-shelf as staff with face masks place supplies in a supermarket in Bangkok, Thailand, Tuesday, […]