Skip to content
A version of this story appeared in the June 4 edition of CNN’s Royal News, a weekly dispatch bringing you the inside track on the royal family, what they are up to in public and what’s happening behind palace walls. Sign up here.

London (CNN) — When Joe Biden meets the Queen later this month, he will be the 13th American President to do so during her reign. The only US leader she didn’t cross paths with was Lyndon B. Johnson. Biden will drop in on her at Windsor Castle, where she’s been living during the pandemic, while in the UK for the G7 summit in southwest England. Buckingham Palace confirmed the plans on Thursday, announcing that first lady Jill Biden will also attend.

The last President to swing by was Biden’s predecessor Donald Trump, who famously broke British convention by revealing what the pair discussed. He told ITV’s Piers Morgan they talked about Brexit and he even quoted Elizabeth as saying, “it’s a very complex problem.” The custom is that private conversations with Her Majesty generally stay private. (FWIW, other US presidents such as the Obamas have disclosed snippets about the Queen’s character but little of their specific conversations).

Elizabeth’s many prime ministers have never been indiscrete, and they’ve all spoken highly of their weekly audiences with her. In 2014, David Cameron told the BBC, “I think prime ministers find it very valuable to try and explain the difficult decisions and problems the country faces in the presence of someone who has heard and seen all these problems before.”

You could perhaps think of it as the ultimate career counseling service.

While the pandemic may have scuppered Biden’s chance of a face-to-face sooner, the pair have been in touch. He reached out to the Queen recently to express his condolences following the death of her husband, Philip, while the Queen sent a private congratulatory message ahead of his inauguration in January, a royal source told CNN at the time.

For foreign leaders, the opportunities to meet the 95-year-old sovereign are dwindling. She’s no longer traveling abroad so they are expected to come to her.

But when they do, the monarch rolls out the red carpet for them in a regal display of British soft power, even for the more informal drop-ins such as this one. And we can expect other senior royals, like princes Charles and William, to be on hand to give the Bidens a warm welcome, given the “special relationship” the UK and US share. Helpfully Charles and Biden already know one another having met in 2015 when Biden was serving as Barack Obama’s VP.

Biden is an experienced diplomat and known to respect protocols, so we can only speculate as to what he might discuss with the Queen. Will it be the pandemic response? Their shared interest in peace in Northern Ireland? Or is it a chance for Biden to find out more about his predecessors from someone who’s spent time with a dozen of them? Obviously, he’s pretty close to one particular ex-commander-in-chief, but he did reveal at a CNN town hall in February that he has spent time with presidential historians and feels a “sense of history” living at the White House.

If you’re wondering what the Queen really thinks of the former Presidents she has met, your guess is as good as ours — she keeps things professional and isn’t one to divulge her opinions publicly. She was known to share a warm relationship with the Obamas and perhaps a few clues can also be gleaned from interactions with other White House occupants over the years.

Well-known for her love of horses, she took President Ronald Reagan horseback riding in Windsor during a state visit in 1982. A year later he took her for chile rellenos while visiting his California ranch. She also appeared to share a close relationship with the man who took over after Reagan — President George H. W. Bush. During a state visit in 1991, she rolled up her sleeves to plant a tree with him on the grounds of the White House. The trip also saw the pair take in a baseball game — her first — between the Baltimore Orioles and the Oakland A’s. Both Reagan and Bush were later given honorary knighthoods.

Regardless, Biden has plenty of other things to worry about ahead of the G7. But a more treasured personal memento from his first foreign trip in 18 months might be that photo — a permanent reminder of the heights he’s reached in his career and a marker of his place in modern history alongside the ever-present Elizabeth II.

No wonder they always look nervous.

The UK is planning one helluva shindig next year to mark the Queen’s milestone moment of 70 years on the throne. While that technically happens on February 6, which is seven decades after she assumed the crown on the death of her father, the year-long celebrations will culminate with a special four-day holiday weekend in June.

The tailor-made long weekend from June 2 to June 5 will “provide an opportunity for communities and people” to celebrate together, says Buckingham Palace. It’ll kick off with the annual Trooping the Colour parade — the first to be held in full since the pandemic started. Over the weekend, the monarch — who’ll be 96 by then — and her family will enjoy a day at the Epsom Derby horse race. Buckingham Palace will also host a live concert at the royal property, which it says, “will bring together some of the world’s biggest entertainment stars.” No specific acts have been revealed yet, but a similar event was staged in 2012 during the monarch’s Diamond Jubilee.

Over the course of the year, the Queen and her family will also be traveling around the country for a number of engagements commemorating the historic occasion.

Royal celebrations are generally held in the summer when, let’s be honest, the British weather is better. It’s a tradition thought to have started with party-loving King George II in 1748. That year Britain’s annual Trooping the Colour parade was first associated with the sovereign’s birthday. George’s real birthday was actually in November, when the British forecast is … more temperamental?

WHAT ELSE IS HAPPENING?

Britain’s Guardian newspaper this week unearthed documents, buried in the UK National Archives, which revealed that the Queen’s courtiers had banned ethnic minority immigrants and foreigners from holding clerical positions at Buckingham Palace until at least the late 1960s, CNN’s Luke McGee writes. According to the report, the Queen’s chief financial manager told civil servants in 1968 that “it was not, in fact, the practice to appoint coloured immigrants or foreigners” to clerical roles, but they were allowed to be hired as domestic servants. The palace has not clarified when the policy ended, only telling CNN in a statement that “claims based on a second-hand account of conversations from over 50 years ago should not be used to draw or infer conclusions about modern day events or operations.” The revelations could reignite a debate about institutional racism within the royal family, weeks after Prince Harry and Meghan, Duchess of Sussex, claimed a member of the family had made comments about the skin color of their first-born child.

“The Crown” to take on infamous Diana interview?

The next installment of Netflix’s hit show “The Crown” is reportedly going to tackle the infamous 1995 Panorama interview with Diana, which recently made fresh headlines. A show “insider” told Britain’s Daily Telegraph newspaper that creator and writer Peter Morgan has been planning to dramatize the interview for quite a while. “The team were doing the most incredible research and they’ve got it all in there,” the source told the newspaper. The show has creatively adapted a number of key royal moments from decades gone by, but the inclusion of the Diana discussion will be at odds with Prince William’s wishes. He recently said the broadcast “established a false narrative” and called for it to be withdrawn from air in the future.

How the royals pick baby names

We shouldn’t have to wait too much longer to welcome the newest addition to the Sussex family. During her chat with Oprah in March, Meghan revealed the couple’s first daughter is due in the summer. There are no royal protocols or permissions to follow when naming a royal baby, but speculation is rife over what the name might be. Historically, the family likes to honor those who have come before them and as a result, many seem to be hedging their bets that the couple will pay tribute to the royals once more despite the recent family quarrels. Philippa and Diana have emerged as popular choices, according to British betting agency Ladbrokes. While other traditional names like Elizabeth and Victoria are also on the list, more non-traditional options like Poppy and Artemis are also being favored. Ultimately, we’ll just have to wait to hear. After all, the Sussex’s surprised us when it came to christening their first born, Archie Harrison, opting for a name they loved rather than a traditional royal moniker.

PHOTO OF THE WEEK

Kate has joined the vaccine squad after receiving her first dose last Friday. Like her husband, the Duchess popped along to London’s Science Museum to receive her injection. She shared a snap on social media of the moment, accompanied by a thank you message to health-care workers.

FROM THE ROYAL VAULT

Meeting the monarch can be quite a daunting task, with many acutely aware of the privilege and honor such an encounter represents. Somewhat unhelpfully, there are no mandatory codes of behavior to follow when greeting the Queen (or any other royals for that matter), according to the royal family website. It does, however, note that some choose to adhere to “traditional forms.” Translated into regular parlance that simply means men can opt for a simple nod of the head while women can do a small curtsy. Handshaking is also fine provided the Queen offers her hand first.

If the Queen engages in conversation, the correct response when addressing her is to start with “Your Majesty” before switching to “Ma’am.” (Bonus points: And it’s pronounced “ma’am” as in “jam” with a short “a.”)

In reality, the rules of royal engagement are mostly nuanced and unspoken. And, as a result, not everyone gets it right — with politicians and celebrities among the most unfortunate offenders. See some of the past awkward moments when people have met Elizabeth.

Throughout the Queen’s long reign, she has had the unique opportunity to meet 12 US Presidents.

“In the imagination of people throughout America, I think what the Queen stands for and her decency and her civility, what she represents, that’s very important.”

Barack Obama on meeting the British monarch in 2009. 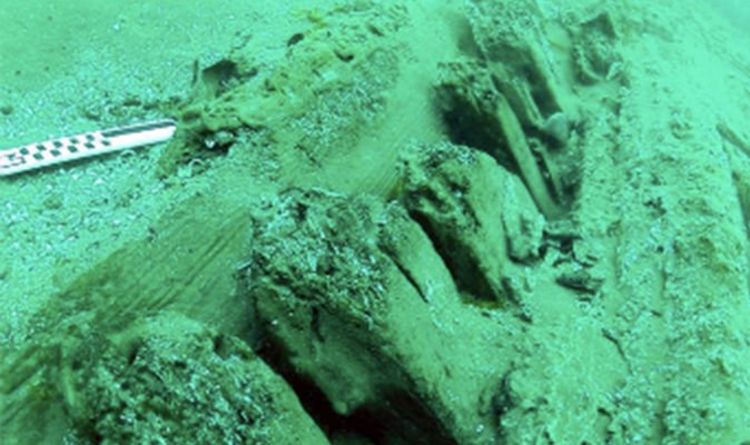 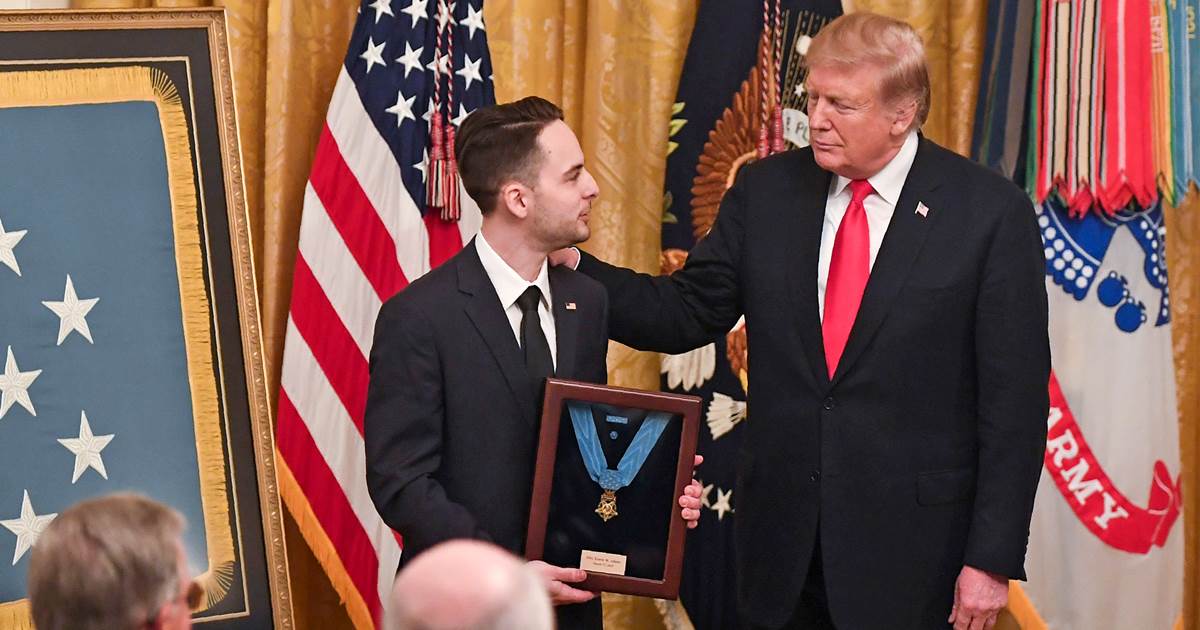 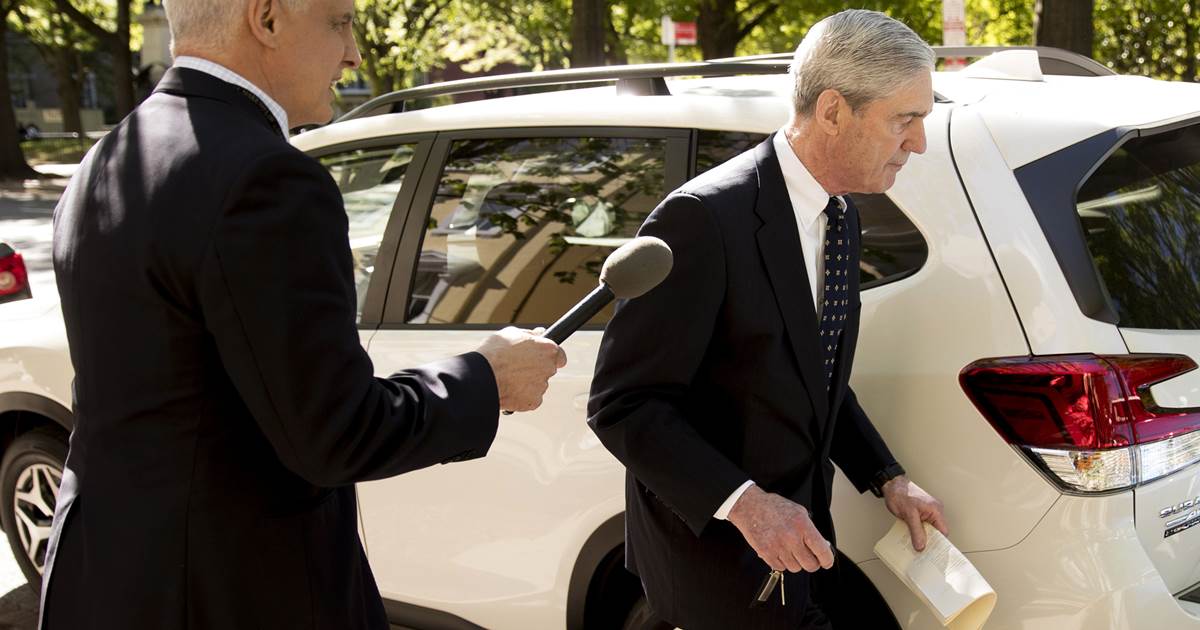