CNN Underscored reviews financial products such as credit cards and bank accounts based on their overall value, but does not review all financial companies or all available financial offers. We may receive compensation for sending traffic to partner sites, such as CreditCards.com, and this compensation may impact how and where links appear on this site.

With travel back on its feet, people are finally thinking about their next vacation, even if it’s not until later this year or into next year. And if you expect to find yourself at IHG hotels on a regular basis when you’re on the road again, the IHG Rewards Club Premier Credit Card could be a useful travel companion.

Right now, new card holders can earn 150,000 bonus points after spending $3,000 on the card in the first three months after opening the account. Plus, the IHG Premier now comes with a $0 introductory annual fee for the first year, then a $89 annual fee thereafter.

IHG includes many familiar hotel brands such as Holiday Inn, Hotel Indigo, Kimpton, Crowne Plaza and high-end InterContinental Hotels, just to name a few. And frequent flyer website The Points Guy values IHG points at 0.5 cents apiece, so this bonus will get you about $750 in value toward IHG hotels worldwide.

Just by having the IHG Premier card, you’ll get access to many perks that outweigh its annual fee even after the first year, including…

IHG Premier credit card holders automatically receive complimentary IHG Platinum elite status. Although IHG Platinum status isn’t the best hotel status around, having some sort of elite status when you walk in the front door of a hotel is better than no status at all.

One of the main benefits of holding IHG Platinum status is that your points will never expire. Typically, IHG points expire if there’s no account activity within a 12-month timeframe. IHG is very strict with this policy outside of the pandemic, so not having to worry about your points expiring is a great benefit.

All card holders of the IHG Premier credit card get a complimentary fourth night when redeeming points at an IHG hotel. There are no exclusions to this benefit — this perk can be extended to any IHG property, regardless of the number of points it costs.

For example, let’s say you’re looking to stay at the Holiday Inn Resort Aruba right near Palm Beach in Aruba at a cost of 40,000 points per night. Thanks to this benefit, you can redeem just 120,000 points for a full four-night stay at this hotel. That means with the card’s sign-up bonus alone, you can be well on your way to enjoying the sunny Caribbean for no additional cost.

If you pay for your cell phone bill with your IHG Premier card, you’ll automatically be covered in case your cell phone is stolen or damaged. This is an extremely valuable perk, and one that isn’t too common yet among reward credit cards.

With the IHG Premier, you can be reimbursed up to $800 per claim, with a $50 deductible per claim and a maximum of $1,000 in reimbursements per year and two claims in a rolling 12-month period.

Related: Protect your cell phone from theft or damage with these credit cards.

You’ll earn up to a whopping 25 points in total for every dollar you spend on the IHG Premier at IHG hotels, along with 2 points per dollar on purchases at gas stations, grocery stores and restaurants and 1 point per dollar on all other purchases.

While the number of points you’ll earn for your IHG stays with the IHG Premier is better than any other credit card out there, you can probably get more rewards in the other bonus categories and on everyday purchases with a different card. For example, the Chase Sapphire Preferred Card earns 2 points for every dollar you spend on travel and dining, but Chase points are worth at least twice as much as IHG points, and possibly even more depending on how you use them.

Even on CNN Underscored’s benchmark credit card, the Citi® Double Cash Card, you’ll earn 2% cash back — 1% when you make a purchase, and another 1% when you pay it off — on everything you buy. Since IHG points are only worth 0.5 cents apiece according to The Points Guy, you’re getting a 12.5% return on spending at IHG hotels with the IHG Premier card, but only a 1% return in the 2x bonus categories.

When you apply for either the Global Entry or TSA PreCheck trusted traveler programs, just pay with your IHG Premier credit card and your application fee up to $100 will be reimbursed in full. The TSA PreCheck program gets you through TSA security faster at U.S. airports, while Global Entry expedites going through immigration when you return to the U.S. from being overseas.

• A reward night every year on your card’s anniversary

A room at the IHG InterContinental Hotel in Lisbon.

Starting with your first IHG Premier card anniversary (meaning one year from the date you originally get the card), every year you’ll receive a reward night certificate to redeem at a qualifying IHG hotel. Now, this certificate can’t be used at every IHG property — it’s capped at hotels costing up to 40,000 IHG Rewards points. But depending on when you travel, you might be able to use these certificates at some very high-end properties.

Depending on the time of year, some notable properties where this certificate can be redeemed include the InterContinental Hotel Lisbon, the InterContinental Fiji Golf Resort & Spa, the Holiday Inn Resort Aruba and the Hotel Indigo San Diego Del Mar, just to name a few. During peak dates, these hotels can be quite pricey if you’re paying for them in cash, giving you excellent value with this perk.

With the certificate alone, you’re already coming out well ahead of the card’s $89 annual fee after the first year. And if your significant other also has an IHG Premier card, you can put the certificates from both cards together to get a nice weekend getaway by booking the reward nights back to back.

If you don’t spend a lot of time at IHG hotels, it’s likely that the IHG Premier isn’t right for you, since you won’t be able to take advantage of its best benefits and perks. If that’s the case, check our our guide to the best travel credit cards to find a card that’s more suitable for your needs.

But between its benefits and sign-up bonus, the IHG Premier card is worth a look for even occasional IHG travelers. In the first year alone, you’ll end up with 150,000 bonus points when you spend $3,000 on purchases in the first three months after opening the account, plus a Global Entry or TSA PreCheck reimbursement worth up to another $100.

So, if you’re ready to start traveling the world again and expect to have at least two or more stays at an IHG hotel in the near future, the sweet haul of bonus points from the IHG Premier card can get you well on your way.

Check out CNN Underscored’s list of the best credit cards of 2021.

Get all the latest personal finance deals, news and advice at CNN Underscored Money. 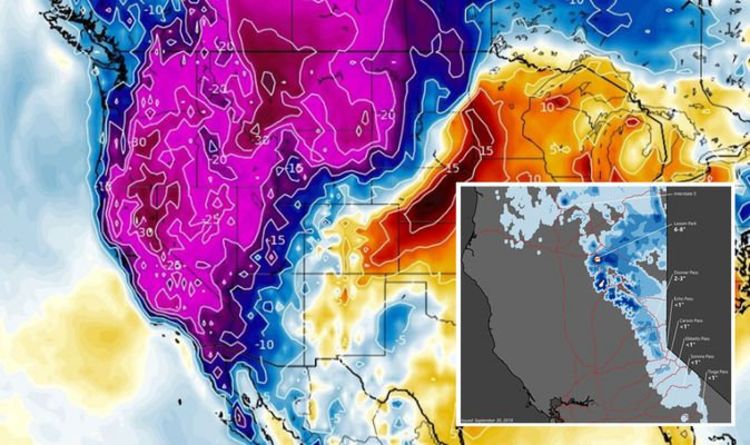 Sonny Mehta, the urbane and astute head of Alfred A. Knopf who guided one of the book world’s most esteemed imprints to […]

Emmanuel Macron is set to take on the country’s formidable unions in a bid to make France’s employment regulations less rigid. Keen […] 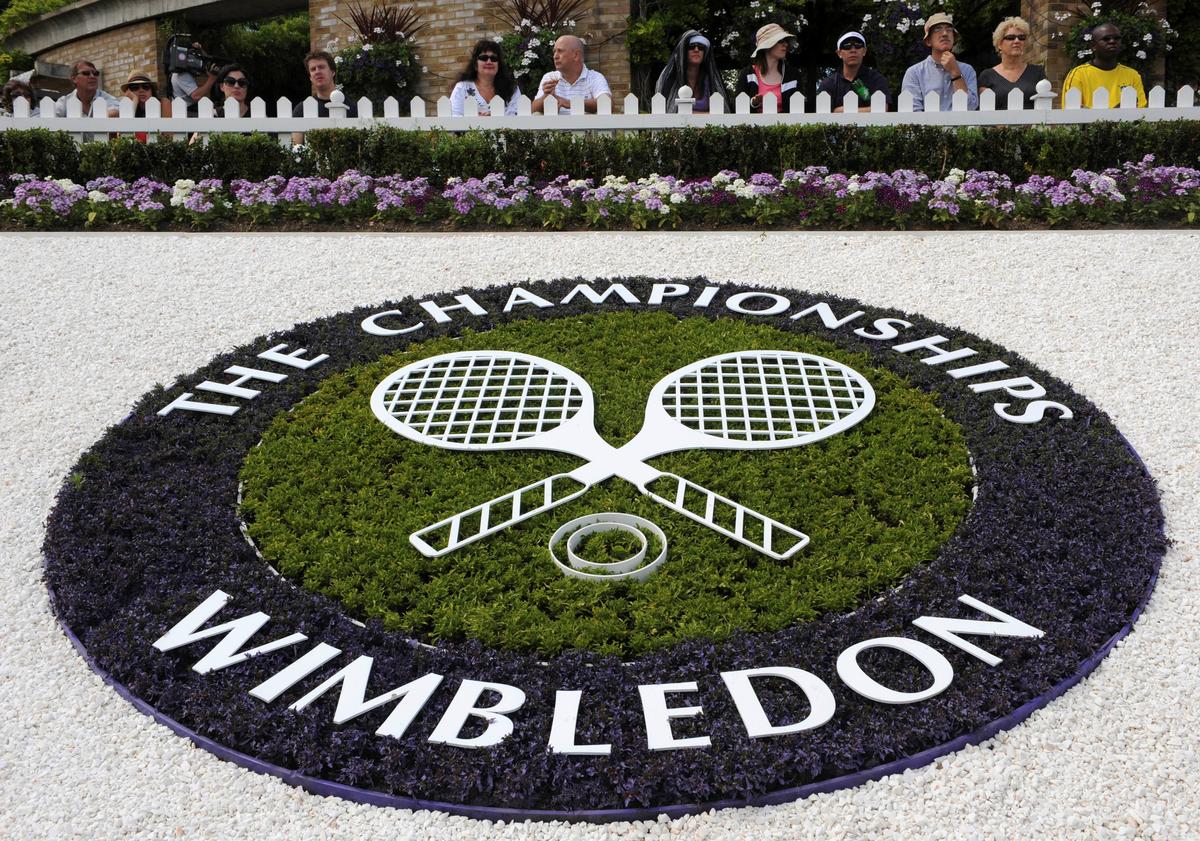