It was in the art deco city of Napier that Tim Southee announced himself, the 19-year-old farmer’s son crackling on his Test debut against England in 2008 with a five-wicket haul and a blaze of sixes. Some 13 years and 77 caps later he pitches up at Lord’s for the fourth time in his Test career as the leader of what is arguably New Zealand’s finest attack.

A natural purveyor of right-arm swing from a 6ft 4in frame, yet doing so predominantly with the less conducive Kookaburra ball, Southee has been one of the pillars of understated excellence that has driven Kane Williamson’s side to next month’s World Test Championship final against India in Southampton.

And though it was not part of the competition’s points system, New Zealand’s vice-captain was also central to the 1-0 home win when they last met England in late 2019. Neil Wagner was rightly the man of the series, delivering lung-busting shifts on two heartbreaking surfaces, but it was Southee’s three-wicket burst on the second morning in Mount Maunganui from which victory followed.

Since then he has passed 300 Test wickets (sitting on 302), only the second Kiwi seamer to do so after Sir Richard Hadlee’s 431. Yet for all the success, the 32-year-old remains grounded. When Williamson’s men enter the Lord’s dressing room this week there will certainly be no nods towards the honours boards, where Southee’s name sits alongside figures of six for 50 – and 10 in the match – during the first Test in 2013.

“I’ll just wait and see if some of the younger guys spot it,” Southee says ahead of Wednesday’s series opener against England. “Lord’s is a pretty special place to play cricket. Walk in and you can’t help seeing what people have achieved there over the years. But, yeah, it’s not really the Kiwi way to point these things out.”

Southee’s modesty here stems from England winning that Test – “Stuart Broad went on one of his rampages,” he sighs – but, as he says, also a broader character trait. New Zealand’s bowling coach, Australian Shane Jurgensen, recently compared their attack to the West Indies side of the 1980s but Southee is not the type to be bullish. “I’d say it’s hard to compare generations,” he replies, after a thoughtful pause. “But I suppose we have four guys offering different things. Trent Boult and I with left-arm/right-arm swing, Neil’s madness and Kyle [Jamieson] coming in at 6ft 8in adding a new dimension. We just enjoy each other’s success and try to push for wins.”

Asked to expand on this mix, and Wagner’s role as a brawny left-arm enforcer, Southee replies: “I just think it helps that Neil is half-mad. He’ll send down 10 overs of bouncers and he just keeps coming; a relentless workhorse who you love to have on your side.

“We’ve seen others try it but no one can do what Neil does – they just take their hat off to him. He’s actually the complete opposite off the field but on it, he’s a madman. There’s obviously something amiss there but we love him for it.”

Jamieson’s emergence has augmented New Zealand further, his first six Tests reaping 36 wickets at 13 apiece. The giant 26-year-old is no fool either, having supposedly declined an invitation to bowl to Virat Kohli with a Dukes ball in the nets during the recent Indian Premier League, knowing his franchise teammate would soon be a rival.

“I’m pretty sure that story is true,” Southee says. “But that would be the answer to most batsmen – why would you give them a look? It was smart from Virat to see if he’d fall into the trap but for Kyle, it was a no-brainer to not give the guy a glimpse of what he’ll be facing [in the final].

“But yes, a guy who bowls from 6ft 8in will only enhance any attack like ours. He’s a great kid and driven to improve. He swings the ball and always asks questions, bowling a full length. He’s invaluable with the bat too – a massive asset for the side.”

All of which brings us on to Boult, sadly missing from the first Test – and likely the second – after opting for family time at home before returning for the big one against India. The pair came through the pipeline at Northern Districts, shone at the Under-19s World Cup in 2008 and have been a lethal new-ball alliance ever since.

Southee says: “When you take someone out like that – a familiar face – it feels different. But guys will step up. Trent is one of my best mates and if it wasn’t for him, I wouldn’t be where I am today. And I would like to think he would say the same.”

Was this always the case? “Hmm, I wouldn’t say we hit it off straight away. It took a while to warm to each other. As kids you’re competitive. I’m sure he won’t mind me saying he was a little bit confident, so we didn’t see eye to eye. I’m not sure how or when we won each other over but him being at the other end has become such a comfort. It didn’t start smoothly but it turned out pretty well, eh?”

While Boult grew up by the coast, Southee was the youngest of four sports-mad siblings on his family’s sheep and beef farm in Waiotira on the North Island. It sounds an idyllic upbringing too, his parents Murray and Joanne encouraging all sports and dutifully taxiing him to training and games when his cricketing talent shone through.

“I had very supportive parents. “We lived a fair ride out of town but I never missed any cricket. We had a tennis court which my two sisters and my brother used for rugby and cricket too. It was pretty competitive and there were plenty of tears shed along the way. I just did it for the love of it, even if bowling to a set of stumps on my own. We all mucked in on the farm as kids. We didn’t have a PlayStation or Xbox, so any spare time was sport. I love the outdoors and the country-side of life. The skills and work ethic you learn as a kid in the country are priceless.”

Some of the hardiness built here has carried through to Southee’s cricket, with major injuries fortunately scarce. A smooth, repeatable action has played its part too and he cites Jimmy Anderson – set to turn 39 this summer and about to play his 161st Test for England – as an inspiration to take his own career deep. “Jimmy shows age is just a number,” Southee says. “For me it’s still a dream to play for New Zealand, to represent your friends and family. I want to go for as long as I can.”

And the prospect of New Zealand emerging as the inaugural world Test champions next month? “We’ve come close in a few one-day finals and yeah, for a country of just five million people, it would be pretty special.”

Should the admirable Southee et al prevail against India, a country of 1.3 billion, perhaps we can say that population is just a number too. 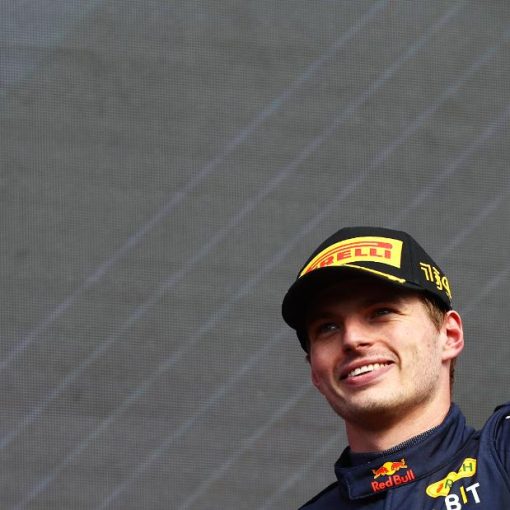 Despite being fastest in qualifying, the Red Bull driver started towards the back because of a grid penalty for using too many […] 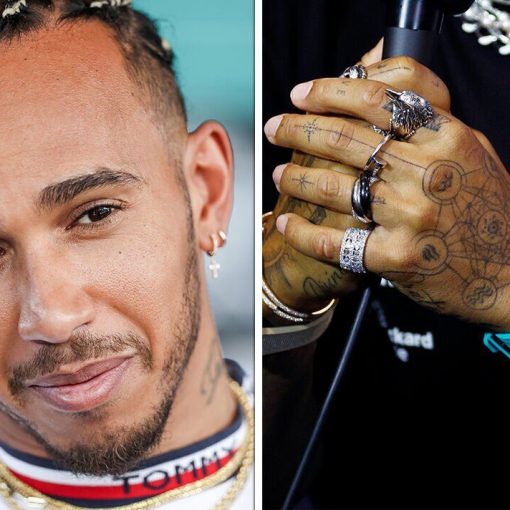 Lewis Hamilton has admitted he was “f***ing” with the FIA over complying with their jewellery ban rules. The seven-time champion revealed he […]

MPs are to launch an inquiry into concussion in sport as scrutiny grows over the links between head trauma and neurodegenerative disease. […]

LIVE Wimbledon 2022 LIVE: Fans prepare for another day of SW19 drama with Serena Williams and Rafael Nadal in action – after […]