Sitting in a pub in Sydney’s eastern suburbs, Rupert Guinness is searching his mind for a Mike Tyson quote. “I think it’s ‘everyone has a plan until they get punched in the mouth’,” he says. “But in my case it should be: ‘I have a plan, until it’s 3am and I have been riding for 20 hours.’” Guinness, one of Australia’s most accomplished sports writers, chuckles and raises his beer. But he’s not joking.

Guinness’s plan is to ride from Darwin to Hobart, a 4,900km route. He rolled out on Tuesday morning and hopes to arrive in less than two weeks. “If you do 20 hours at 20km/h, that’s 400km a day and you’ll finish in 12 days,” Guinness says. “But that’s just mathematics. I never liked maths and I don’t think I’ll like this maths. 20km/h does not sound very fast, but when you have the accumulated mental and physical fatigue, the weather, the things that go right and wrong, it can be a lot harder than you expect.”

If Guinness’s maths is right, he will spend 240 of the next 288 hours on his bike pedalling south. That is a lot of time in the saddle. “Twenty hours a day gives me a buffer of four hours to play with,” he says. “I can mix that up depending on how I feel, but for example maybe an hour and a half or two hours for my main sleep, then maybe shorter naps during the day, or a massage.” Guinness uses his rest time as a rewards system. “Four hours in 24 provides the potential for four mini breaks. You don’t even think of the whole day, you just focus on each little block.”

Having started in Darwin, Guinness will follow the Stuart Highway 1,700km south to Ghan. He will then detour for 500km to take in Uluru, before re-joining the highway and passing through Cooper Pedy and Port Augusta. “The route will take me through some of the most iconic places in Australia,” he says. After entering Victoria, Guinness will ride to Warrnambool, an important location in cycling history, and then follow the Great Ocean Road towards Melbourne.

Guinness and his support crew will then board the Spirit of Tasmania, for his only proper rest of the ride, before cycling through central Tasmania. He will conclude the epic journey by heading to the summit of Mount Wellington and then rolling into central Hobart. “Tasmania is stage 21 of my own Tour de France,” Guinness says. “And Mount Wellington is the Champs-Élysées.” In total, the route will take in 23 kilometres of elevation.

All of this begs two question. Why? And how? The answers are both simpler and more complex than might be expected.

At 59, Guinness has been writing about sport for almost four decades. He has covered 31 editions of the Tour de France, four Olympics and two Rugby World Cups. In that time he has written 15 books and thousands of articles, with stints at the Sydney Morning Herald, the Daily Telegraph and The Australian. Alongside his professional life covering sport across the globe, Guinness has his own passion for endurance pursuits.

“I rowed, I did triathlon,” Guinness says. The writer has completed 10 ironman races, including twice competing at the world championships in Hawaii. He also participated in the Sydney to Hobart yacht race on two occasions, winning line honours in 1984. Yet despite these experiences, and Guinness’s professional coverage of cycling, he never turned his mind to endurance riding.

“I used to think, of this kind of stuff, that you’d have be bonkers to do it,” he says. “I remember when I first went to Europe [to cover cycling], in 1987, one of the Tour de France riders did the Race Across America [a historic 4,800km ultra-endurance race]. We had him on the cover of a magazine I was editing and I just thought: ‘That guy is mad – no way in hell would I ever do something that crazy.’ Ever!”

Yet here he is. The change of heart is partly explained by coincidence. In 2016, Guinness had just finished a book on the history of Australian cycling, which included a chapter on the “overlanders” – cyclists who had ridden from coast to coast, when he saw an advertisement for the 2017 Indian Pacific Wheel Race, or Indy-Pac. “I remember I saw the advertisement and it said: ‘Is the Overlander in you’?” he told a podcast at the time. “Straight away the subject resonated with me. One thing led to another!”

The Indy-Pac covers 5,471km from Fremantle to Sydney. Guinness’s first attempt was cut short with the tragic death of fellow competitor Mike Hall, who died after being hit by a car near Canberra (the race was subsequently cancelled). Writing a book about his experience, titled Overlander, led Guinness to reflect on how endurance feats had been assisting his mental health.

“Writing the book really helped me,” he says. “I wrote a chapter about why I like this stuff, why I do this, and my editor said there was almost a book in that chapter alone. I realised it worked for me. Although I’m not saying people have to ride across the country to deal with their challenges!”

Guinness has long battled bulimia, self-doubt and other mental health struggles. “Some of these I have had since I was a kid, and still deal with today,” he says. “Sometimes it just lurks up like a thief in the night. There’s no rationale for it – suddenly you have your head in a toilet bowl regurgitating your meal. Then the self-esteem gets worse because you feel you have surrendered to it.”

Realising that these endurance events helped him, and gave him a platform to talk openly about mental health and wellbeing, Guinness has kept going. “Talking about it helps me deal with it and hopefully helps other people,” he says. Guinness entered and finished the 2018 Indy-Pac and has since contested a number of 24-hour races. In 2020, Guinness was due to contest the Race Across America; when Covid intervened, he did it on a stationary bike in Sydney – covering 3,358 virtual kilometres in 12 days.

Guinness had planned to enter the 2021 Race Across America, but with the borders still closed, he decided to ride from Darwin to Hobart in preparation for an attempt in 2022. The slogan for his latest adventure is “power of the pedal – connecting people, connecting minds”, and Guinness is aligned with mental health groups Crossing the Line and Tour x Oz, an annual charity ride that raises funds for the Black Dog Institute.

“So really there are twofold reasons for doing this,” he says. “The first is, I would have been doing Race Across America if it wasn’t for the Covid restrictions, so this is good preparation for next year. And secondly, why I do all of this endurance cycling in the first place, is to have a platform to raise awareness about mental health and wellbeing.”

As one of Australia’s most respected cycling journalists, there is a certain irony in the fact that Guinness is now the one in the saddle. The professional riders that Guinness writes about have been very supportive – former Paris-Roubaix winner Mathew Hayman has been a source of advice, while Richie Porte called recently. “Richie told me he thought I was mad,” says Guinness. “I replied: ‘You do this Tour de France thing, Richie!’.”

Guinness says his ultra-endurance experiences have changed his perspective on the athletic feats he has covered during his career. “I think about [professional cycling] a lot – I obviously have a lot time to think,” he says. “You think about how it must feel to be a rider in the Tour de France. At least I’m alone in the wilderness. It has made me think about how mentally suffocating it must be when a rider is having an off-day – in the middle of summer, with thousands of people roadside. You certainly look at 3,000km [the typical length of the Tour] a bit differently.”

While Guinness will be in the relative wilderness for much of his ride, he won’t quite be alone. Instead, Guinness will be followed in two vehicles by an eight-person support crew, featuring a crew chief, mechanic, masseur, chef and kit-manager (his wife, Libby), primary driver, social media manager, stakeholder manager and photographer. “I have all the bases covered,” says Guinness. SBS is also sending along journalist Mike Tomalaris and a film-maker to cover the ride.

The presence of the support crew distinguishes Guinness’s effort, and his attempt next year at the Race Across America, from the rider’s two-time participation in the Indy-Pac, which is fully self-supported. “That’s for purists,” he jokes. The other company Guinness will take with him is a letter, given to him by Rod Evans, a legendary Australia ultra-distance cyclist, prior to his first Indy-Pac. It is labelled: “Open when things get tough”. Guinness has not opened it – yet.

“What I like about ultra-distance,” he says, “is that there are moments, many moments, when you just bottom out, emotionally and physically. You just think you have nothing left. But you know what – you do, you come good again. I don’t like the bottoming out bit, I hate it, but I love the knowledge that you’re going to bottom out and then you’re going to respond to it. You don’t always respond well – but we’re human beings. I love tapping into that, and then coming out of it. And having a beer afterwards is great.”

A beer will certainly be awaiting Guinness at the finish-line. If he makes it to Hobart, the celebration will take place at Customs House Hotel on the water-front, which has a wall dedicated to Sydney to Hobart-winning crews, including one image featuring Guinness. “I’d love to go sit there, have a pint and say Darwin to Hobart – how good,” he says. But Guinness and his crew are alert to the risk that pandemic border closures might derail their planned route. Even if he cannot make it to Hobart, the rider says he will pedal the full distance “in any state and direction we have to.”

At least 12 days and just under 4,900km now stand between Guinness and the finish-line, wherever it might be. Back at his local pub in Sydney, when the epic ride was still a week away, Guinness insists that “it’s the journey, not the destination”. But he concedes, with a wry smile, that come 3am on Wednesday, his thinking might have changed. At that point, he says, it will probably be: “Fuck the journey.”

Before kick-off Marcelo Bielsa declared Leeds were trapped in “a negative cycle”, but his players devised the most compelling of exit strategies. […] 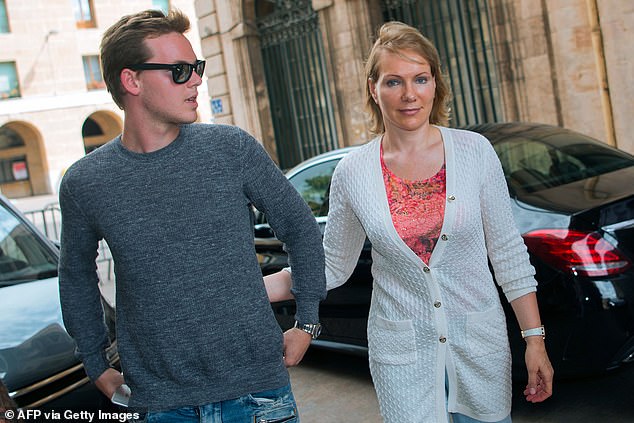 It is not every day you see a 22-year-old linked with the takeover of a club as big as Sunderland, but in […] 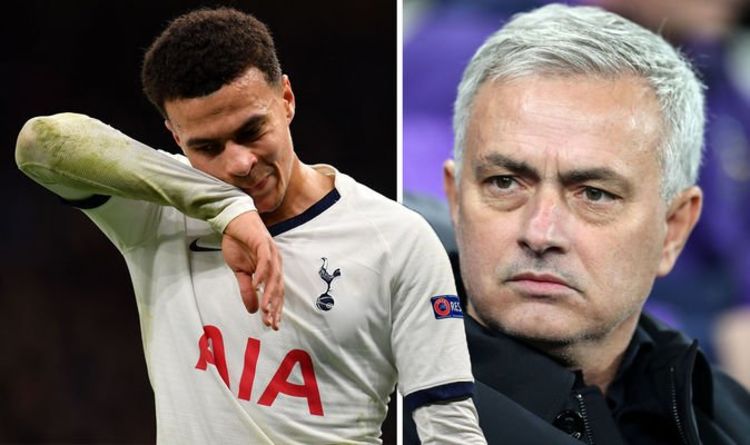 Jose Mourinho has now won both of his first two games as Tottenham head coach, but he hasn’t been overly happy with […]