Liverpool are prepared to sell winger Xherdan Shaqiri for £7million this summer, according to reports. The Reds are hoping to raise funds ahead of making Brighton’s Yves Bissouma their second signing of the transfer window.

Jurgen Klopp has already added Ibrahima Konate from RB Leipzig as he prepares a much stronger season from their side next term.

Liverpool had a disastrous period in the middle of the Premier League campaign, including losing five successive home matches having previously not lost a league match at Anfield since April 2017.

Long-term injuries suffered by Virgil van Dijk, Joel Matip and Joe Gomez meant that Klopp was without his best three centre-backs for most of the season.

Youngsters Nat Phillips and Rhys Williams filled in for the final months of the season, in which they helped their side embark on a remarkable run that saw them secure fourth in the Premier League on the final day.

Klopp is expecting a busy transfer window with title rivals Manchester City and Manchester United both expected to strengthen further.

The German was happy to secure a deal for 22-year-old Konate.

“I’m really pleased we’ve been able to add a player of Ibrahima’s quality to our squad,” Klopp said.

“He is someone I’ve admired for a long time, ever since I first became aware of his potential when he was at Sochaux.

“After the problems we had with injuries in the centre-half position last season, there’s no doubt it was clear it was an area of the team we needed to strengthen.

“But I first have to say that the job Nat, Rhys and Ozan did was incredible. Unbelievable really.

“In Ibrahima we are signing a player who will add to the quality we already have here. His physical attributes are very impressive.

“He is quick, he is very strong and he is dominant in the air.” 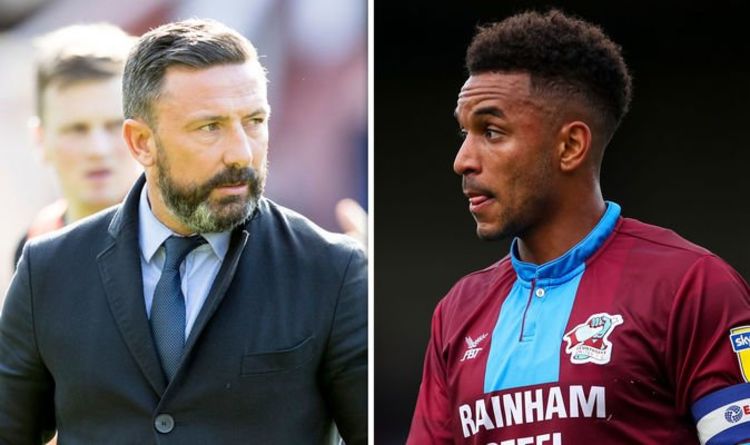 He finally got his man when the 27-year-old signed a three-year deal at Pittodrie last night to complete his £125,000 move from […]

England’s Test cricketers have been told to expect daily temperature checks, regular Covid-19 swabs and possibly nine weeks away from their families […]

Novak Djokovic has attacked the media, saying there is a witch hunt against him and insisting he felt no remorse over his […]

There is nothing remotely flashy about the Michael Stoute-trained Crystal Ocean (4.20), who wins by grinding or not at all, but he […]