LUMMI ISLAND, Wash. — Carrying hand-painted signs with slogans like “Take Sexism Off the Menu!” and “Racism is NOT a Local Ingredient,” about 50 protesters gathered Friday night outside the Willows Inn, a world-renowned restaurant on this tiny island near the Canadian border.

The protesters, mostly island residents, were calling for the resignation of Blaine Wetzel, the restaurant’s chef, who has been accused by 35 former employees of creating a workplace riddled with homophobic and racist language, verbal abuse, sexism and sexual harassment.

Mr. Wetzel, 35, who built his reputation touting the Willows’ pristine ingredients as coming from Lummi and its environs, is also accused of deceiving customers — who pay at least $285 for dinner with tax and service, not including drinks — by regularly using supermarket and commercial ingredients, and ordering restaurant staff to lie about it.

Since April 27, when The New York Times published an article detailing the allegations, which Mr. Wetzel largely denied, he has made no public statements.

Because of that, protesters said, and because many of the sexual harassment charges came from women who grew up on the island, local resentment has flared against the Willows’ management: Mr. Wetzel; Reid Johnson, the longtime manager, who also remains in place; and Tim McEvoy, the inn’s co-owner. None of the three men responded to request for comment on the protests.

David Young, an organizer, tacked back and forth in his sailboat in the bay across from the inn, his sails bearing giant red letters that read: “Can 35 lie?” and “Bye bye Blaine and Reid.” He said the failures of accountability made public action necessary. “It’s too late for them to change their ways now,” he said.

The restaurant’s diners had been moved from the outdoor deck to the dining room, and large black curtains had been put up, obscuring the bay and its famously spectacular sunsets.

As patrons pulled into the parking lot, where two security guards checked reservations, a few protesters yelled “Shame,” and asked the customers if they had seen the Times article. One woman in a car said, “Yes,” and continued into the restaurant.

About two hours into the protest, a man and a woman came out of the restaurant and got into a heated exchange with protesters, with the man yelling an expletive at the crowd. Some protesters yelled to them, “Enjoy that exploitation” and “You have no backbone.” In response, the man said, “Prove it,” presumably referring to the accusations in the Times article.

According to three people who have worked at the restaurant, and who requested anonymity for fear of professional consequences, 10 staff members — nearly half of the total — resigned soon after that report was published; hundreds of reservations were canceled, and those customers’ deposits, usually in the realm of $500, were refunded with no comment.

Local businesses that made custom products for the Willows — Camber Coffee, Constant Crush winery and Wander Brewing — said they had immediately ended their collaborations.

Loganita Farm has long been the cornerstone of Mr. Wetzel’s claim that he cooked only with ingredients from Lummi Island. Though he often referred to Loganita as “our” farm, it has never been part of the Willows and is separately owned by Steve McMinn, a former Willows investor.

In a phone interview, Mr. McMinn said he sympathized with the former employees but considered the protest “a tempest in a teapot.” He said Loganita would continue to grow vegetables for the restaurant. “I like producing local ingredients and local jobs,” he said.

Mary von Krusenstiern, the head farmer, worked on the farm for nine years and has lived in the area her whole life. Although Loganita was not implicated in any of the sourcing allegations, she resigned a few days after the allegations were published.

“I felt ethically and morally compromised by the association, and I did not want to sit around and wait for him to resign,” she said of Mr. Wetzel. “I wasn’t about to be on the wrong side of history in my hometown.”

A week after the Times report, the Willows sent a statement to its email list saying that the team was “saddened” that the workplace had caused “undue stress”; that no sexual harassment had ever been reported to managers; and that its hiring, training and human resources efforts had improved in recent years. But as individuals, Mr. Wetzel, Mr. Reid and Mr. McEvoy remained silent.

Last week, the three men contacted the organizers of the protest and asked to meet in person. David Young, whose boat bore the sails at the protest, said the group refused to meet with Mr. Wetzel and Mr. Reid, but did sit down with Mr. McEvoy on Sunday. They said he described in detail the company’s plans to improve transparency, accountability and employee support, but would not discuss asking Mr. Reid and Mr. Wetzel to leave.

The Willows’s website now has a “Responsibility” section, which contains a “Workplace Action Plan 2021”; descriptions of the inn’s community outreach initiatives; and a sourcing guide that lists Costco among its dozens of local producers.

When Mr. Wetzel took over the Willows in 2010, he remade it from a local restaurant and inn to a global destination. He did so in part by replicating many elements of Noma, the lauded restaurant in Copenhagen where Mr. Wetzel worked for two years under the chef René Redzepi — from its hyperlocal sourcing of ingredients to its leather aprons to its kitchen culture of verbal abuse. That kitchen, like many at the highest echelon of fine dining, was then a notoriously toxic workplace. Mr. Redzepi is one of very few top chefs who has acknowledged his own role in that abuse.

But, he said, a decade of conscious effort has now gone into making kitchens more equitable and supportive. “I decided I don’t want to be part of passing this on to yet another generation.”

Some of the Willows protesters said that regardless of who is in charge, there is simply no place on the island for an expensive destination for the global elite.

One woman cooked hot dogs and baked beans in front of the restaurant for the protesters, with a sign that said, “Who needs $500 plates. Free wieners for ALL.”

Sarah Perry, a pediatrician, came with her three daughters, husband and mother, who has lived on the island for 55 years. She said that she had fond memories of working at the inn as a teenager, but that the current management’s exploitation of employees was “unacceptable”

“To me, the tragedy is this could be this beautiful symbiosis, it really should be, and it’s become a parasite,” she said. “They are just sucking every beautiful thing about the place and not giving back in any meaningful way that doesn’t have their brand all over it.” 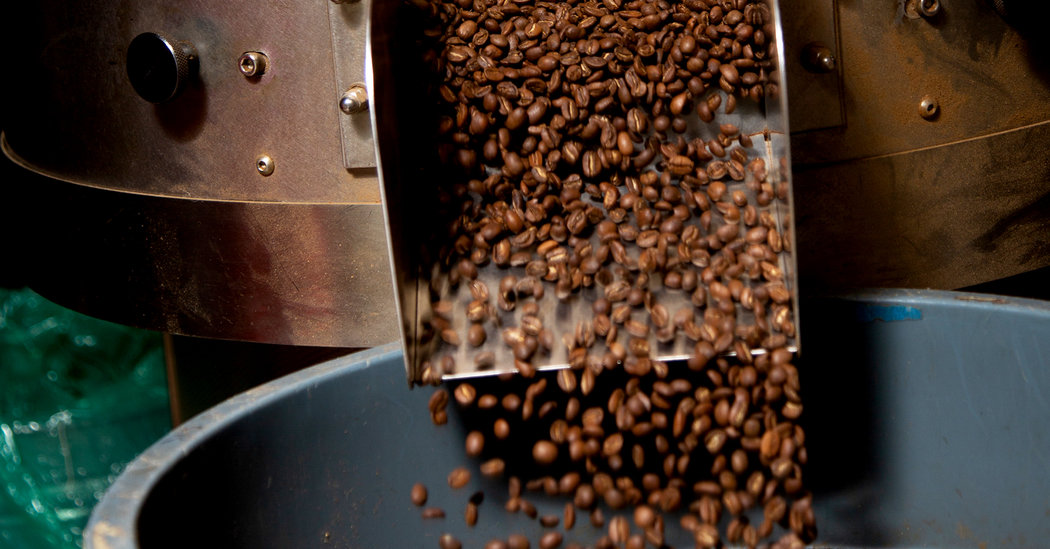 Trade, a coffee subscription service that delivers directly from roasters to consumers, is featuring a charitable effort this month to benefit the […]

The smart zebra crossing, created by Umbrellium, lights up with a warning when someone walks into the road in front of traffic. […] 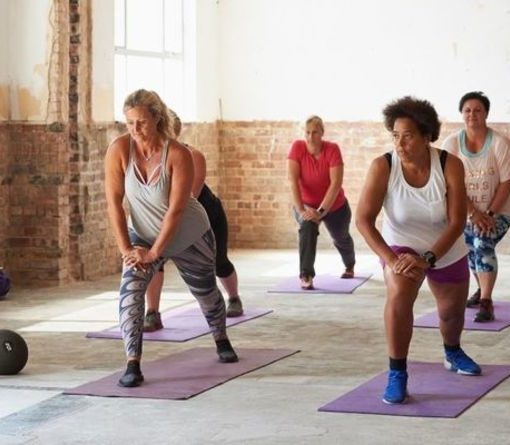 Steven Virtue, Fitness Development Manager at Total Fitness, believes that motivation is key to success when it comes to getting healthy. He […] 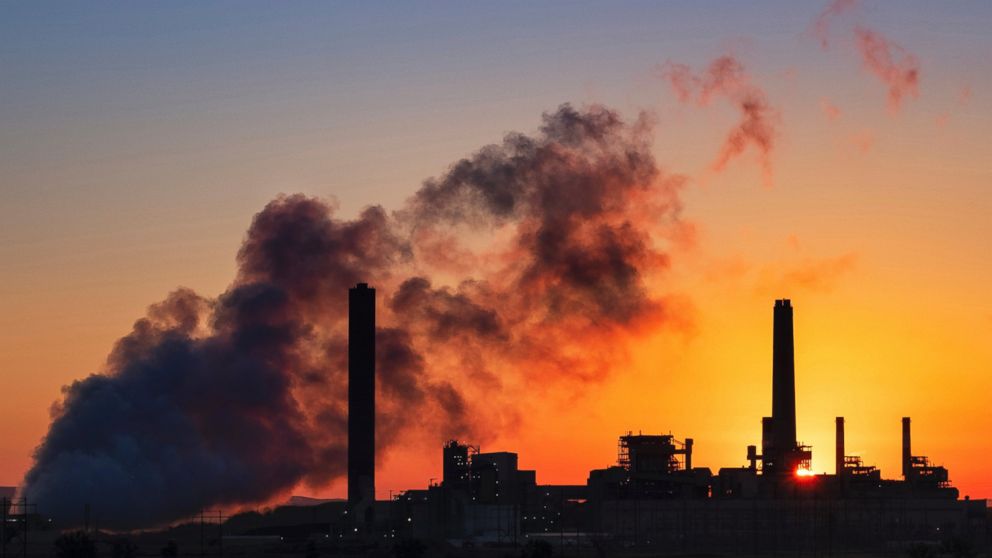 The Trump administration on Tuesday moved to prop up the declining coal industry with an overhaul of Obama-era pollution rules, acknowledging that […]