Sinéad O’Connor was already a world-famous singer with a No. 1 record — but that didn’t stop a man she barely knew from threatening to beat the crap out of her in broad daylight, chasing her around his car early one morning on an LA freeway.

Making the situation even worse: The man in question was Prince.

The controversial Irish singer tells the story of how they got to this point, among many other anecdotes from a bizarre and incredible life, in her new memoir, “Rememberings” (Houghton Mifflin Harcourt, June 1).

O’Connor, now 54, delves deep into the good, the bad and the sad (her mother abused her terribly as a child, once locking her in her room with no food and then leaving for the weekend).

She also includes the downright silly aspects of her life, including an early stint as a “kissogram girl,” which found her “turning up in a French maid outfit, saying a stupid poem in a dreadful French accent, and placing a pair of frilly French knickers on some poor dude’s head” for 25 quid.

She recounts the first time she had her head shaved, and the horrified reaction of the Greek barber who spoke little English, who exclaimed, “Please don’t make me do this, your beautiful hair!” before acquiescing in tears.

But the book’s most shocking tale is a night spent with musical icon Prince in 1990, nine months after she earned a No. 1 single for “Nothing Compares 2 You,” which he had written and released years earlier, to no acclaim, for his side project, the Family. (Meanwhile, O’Connor’s Grammy-nominated cover currently has more than 255 million views on YouTube.)

The pair had only met once, for a few quiet moments, when Prince called her out of the blue, asking if he could send a car so they could hang out.

A long black limousine arrived at 9 p.m. After a lengthy drive with a driver who did not speak, they came to a large, dimly lit house. She rang the bell for several minutes, but there was no answer. She had no idea where she was, and the driver had left.

Finally, the door creaked open and a man wordlessly motioned for her to enter, which she did through two enormous reception rooms with aluminum foil covering the massive windows.

“What’s with that?” she asked the dejected man, who responded with the only four words he’d speak all night: “He don’t like light.”

She was left alone in a kitchen with a small breakfast bar. After several minutes, she started peeking in the cabinets when she sensed another presence.

“Soon there’s a swoosh sound and a sweet smell from somewhere behind me,” she writes. “I turn round. Prince is in the doorway. Ol’ Fluffy Cuffs. Seems like he’s wearing literally all the makeup ever applied to the face of Boy George.”

The Purple One asked if she wanted a drink, and she asked for anything non-alcoholic.

“He turns his back to reach up in the cupboard for a glass,” she writes. “Then, quick as a flash, he spins round, slams the glass down so hard in front of me that I don’t know how his hand doesn’t go through it, and says, ‘Get it yourself.’”

With this, O’Connor felt trapped, as Prince’s behavior triggered that of abusers from her past. (She infamously claims her mother had a “torture chamber.”)

“I’ve seen this before. I grew up with it. I know it like the back of my hand. I start mentally checking for exits without taking my eyes off him,” she writes.

Prince paced the breakfast bar, not speaking for what felt like minutes, when finally he screamed at her, “I don’t like the language you’re using in print interviews.”

“You mean English?” said O’Connor. “Oh. I’m sorry about that, the Irish was beaten out of us.” Prince responded that he meant her swearing, and O’Connor told him she didn’t work for him, and that if he didn’t like it, he could f–k himself.

“This reeeeeeeeaaaally pisses him off,” O’Connor writes. “But he contains it in a silent seethe.”

They wind up sitting at a small table in a room with almost no light, with Prince barking orders at the dejected man who had shown her inside. The man held a tray with two bowls of soup, and was “carrying himself as if he’s a battered child about to get beaten again.”

Prince ordered him to serve O’Connor soup. She said she wasn’t hungry, but Prince insisted, repeatedly ordering the man, “in a demeaning and humiliating manner,” to serve the soup as O’Connor attempted to politely refuse.

Then, Prince dropped a bombshell.

“[Prince] turns his vicious little face to mine and says, in a tone normal people would use when discussing feces, ‘This, by the way, is my brother Duane,’” O’Connor writes.

“I’m stunned. And I’m disgusted that he could treat his brother so badly. I express this as poor Duane fades out of the room. Things get heated.”

Prince then left the room and returned with two pillows, asking O’Connor for a pillow fight. She agreed, hoping it would change the visit’s tone. But as soon as he hit her, she realized that “he’s got something in the pillow, stuffed down the end, designed to hurt. He ain’t playing at all.”

By now, O’Connor was terrified. When Prince tired himself out and went back upstairs, she ran for the front door. The limo driver was there, but he was sleeping, and O’Connor didn’t want to wake him. She tried quietly calling out for Duane, but Prince emerged and “ordered” her back into the house. She obeyed. After some time, he told her she was permitted to open the door and ask the driver to take her home. She informed him that she didn’t want to wake the driver, preferring to take a cab instead.

“Another temper tantrum ensues. How dare I not do as he is telling me?” she writes.

She tried reasoning with Prince, expressing how unsafe she felt at that moment. Prince responded by lifting his face six inches from hers and staring into her eyes for what felt like eons.

O’Connor got “a cold fear in my stomach,” ran out the front door, and woke the driver while screaming for Duane. But Prince intercepted this once again. He took O’Connor by the elbow, and instructed Duane and the driver to leave.

Prince then ordered her to wait while he found his car keys, but O’Connor was not getting in a car with him under any circumstances. She made a break for it, escaping into the darkened woods surrounding his house.

He screamed after her, “Where the f–k have you gone?”

After about half an hour, she saw him drive away, and began walking home. The sun was rising. Once closer to the highway, she stuck out her thumb, hoping to hitch a ride home and also praying that Prince wouldn’t be the one to pick her up.

But to her dismay, he was.

“He drives alongside me, rolls down the passenger window, and orders me to get in,” she writes. “I tell him he can suck my d–k. Or some such. He screeches the car to a halt in the slow lane and gets out. Starts chasing me round the car, telling me he’s gonna kick the s–t out of me (as if I hadn’t spotted clue one at 10 p.m.)”

This continued for several minutes until O’Connor realized they were surrounded by houses. She found an opportune moment, ran to one, and rang the bell. After a minute, Prince got back in his car, pondered the situation and drove off.

O’Connor’s ordeal was finally over, her long walk home excepted.

She later told her manager, Steve Fargnoli, what had transpired. Fargnoli had formerly been Prince’s manager, and when he heard her story, he went “berserk.”

“He wants to go round and shoot Fluffy Cuffs. As does another of his friends,” she writes. “They say I’ve been a victim of an attack that was actually meant to terrorize Steve.” It turns out that Prince and Fargnoli were involved in a legal dispute at the time. O’Connor never learned the details. She didn’t care. But she never forgot it, either.

“I never wanted to see that devil again,” she writes of Prince. “But I think of Duane fondly, quite often.” 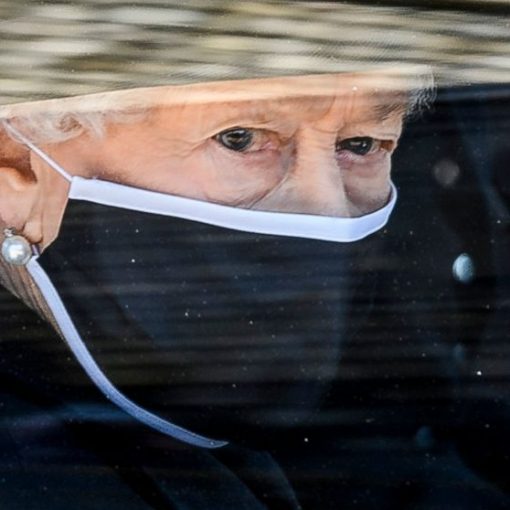 Queen Elizabeth II is marking her 95th birthday in a low-key fashion at Windsor Castle, just days after the funeral of her […] 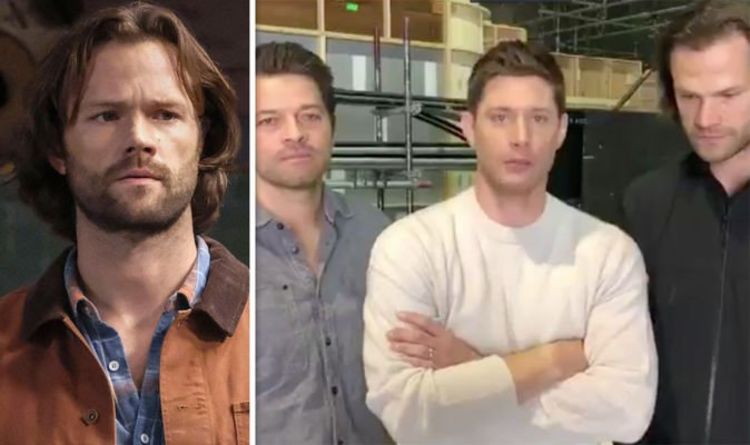 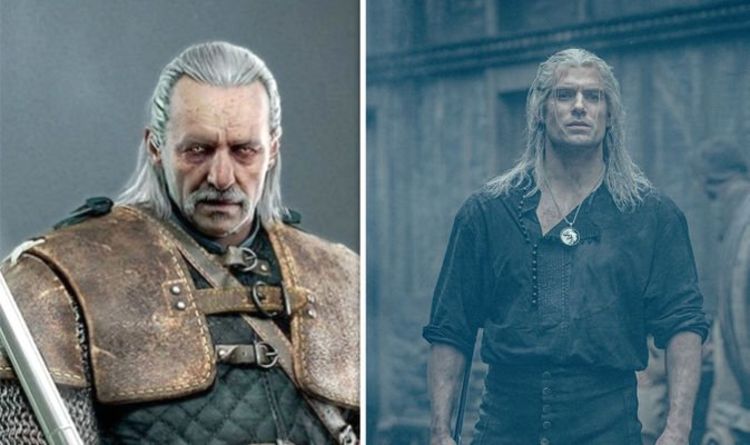 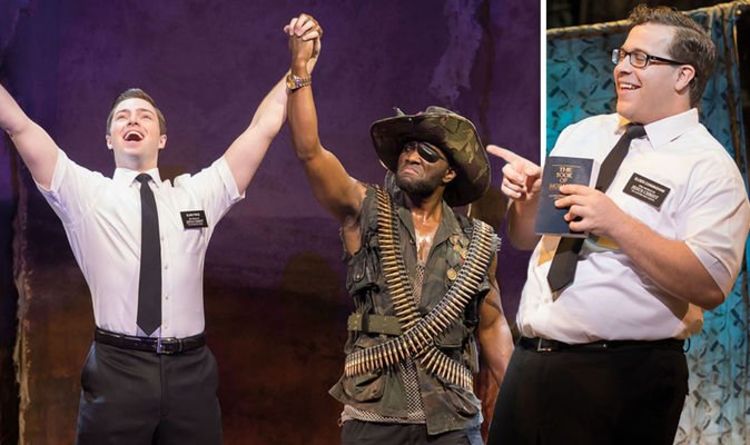 The Book of Mormon is a musical which has divided tastes all over the world. Written by South Park’s Trey Stone, Matt […]