Universal Grill cranked “Dancing Queen” on birthdays. There was that incredibly hot Italian waiter at Food Bar. Florent was around the corner from a notorious sex club in the meatpacking district. Manatus was so gay, it had a sobriquet: Mana-tush.

Gay restaurants, said Mr. Frankel, the Tony-nominated composer of the musical “Grey Gardens,” “made you feel like you belonged.”

But all those places he so fondly remembers are long closed, as are Harvest, Orbit’s and several others listed in an article, headlined “Restaurants That Roll Out the Welcome Mat for Gay Diners,” that ran in this newspaper 27 years ago. It now reads like an obituary.

Restaurants fold all the time, perhaps nowhere more so than in New York, and perhaps never as much as during the Covid era. The pandemic hit the country’s urban gay restaurants especially hard, said Justin Nelson, the president of the National LGBT Chamber of Commerce. MeMe’s Diner, a popular queer restaurant in Brooklyn, permanently closed in November, citing shutdown measures and a lack of government support.

Gay restaurants, like gay bars, are also facing crises of identity and purpose in a time that is in many ways more welcoming than the past, when gay people sought out gay restaurants because they offered safety and acceptance that couldn’t be found elsewhere.

Lesbians went to Bloodroot, a still-busy vegetarian restaurant in Bridgeport, Conn., that sprang from the lesbian feminist movement of the 1970s. Gay men frequented places like Orphan Andy’s, a campy diner from the same decade that’s still in business in the Castro neighborhood of San Francisco. Atlanta had Waterworks, which a 1992 newsletter for the group Black and White Men Together called the city’s “only Black-owned gay restaurant.”

Today, many L.G.B.T.Q. Americans feel free to be their full selves in almost any setting. And shifting conceptions of sexuality and gender extend beyond what words like gay, lesbian, male or female can accommodate. A gay restaurant can just sound fuddy-duddy.

“Many of the more privileged young queer people have grown up with inclusion, so they don’t feel the need to be in a place where you’re sheltered from heterosexism,” said Julie Podmore, an urban geographer at Concordia University in Montreal.

That may be the case in New York City, where gay restaurants are going the way of dinosaurs (if not yet extinct — Elmo and other spots are still keeping their gay fan base fed).

But elsewhere in the country, many gay restaurants are thriving — as treasured local businesses, de facto community centers, refuges from continuing anti-queer violence and potential paths forward for a restaurant industry in recovery.

On a recent Saturday night in the Dupont Circle neighborhood of Washington, Annie’s Paramount Steak House was busy, and it was gay. Two dads and their two kids ate at a table in an outside area festooned with rainbows. Three 20-something gay men shared fries. An older couple smiled as they watched a clip from the movie musical “White Christmas” on a phone.

Overseeing the hubbub was Georgia Katinas, the general manager, who is 33 and straight. Her grandfather, George Katinas, the son of Greek immigrants, opened Annie’s in 1948 at a different location as the Paramount Steak House. Ms. Katinas says nobody in her family is gay, yet Annie’s surely is. That seed was planted by her great-aunt Annie Kaylor.

Annie was beyond supportive of the gay community and became, for many of the restaurant’s racially diverse diners, a mother figure before her death in 2013. In 2019, when Annie’s received an America’s Classics award from the James Beard Foundation, the restaurant critic David Hagedorn wrote of how, in its early days, Annie “went up to two men holding hands under the table and told them they were welcome to hold hands above it.”

Now that indoor dining has resumed, Ms. Katinas said, “people are coming back with tears in their eyes” because they “missed being in a space where they’re not the only gay people.”

Derrin Andrade and Zack Sands weren’t looking for a gay restaurant when they moved to Dupont Circle four years ago. Now the biracial married couple are regulars at what Mr. Sands, 30, called “a home more than a restaurant.”

“You can sense the loyalty at Annie’s, and it makes you want to concede to that,” he said. “You want to be part of it when you see people are coming back for a reason.”

For Steve Herman, 79, who has eaten at Annie’s since 1976, that reason is the fact that Dupont Circle isn’t as gay as it once was.

“I think it’s a great thing that gay people are more mainstream and comfortable going other places,” he said. “But I miss having one neighborhood and one restaurant that was mine.”

Carla Perez-Gallardo, 33, never intended to create a queer destination when she and Hannah Black opened Lil’ Deb’s Oasis five years ago in Hudson, N.Y. But the restaurant, which serves what it calls “tropical comfort food,” has become a favorite among queer residents and visitors even though it doesn’t advertise, relying instead on word of mouth and social media.

“I happen to be queer, and it unfolded that way and it feels joyous,” said Ms. Perez-Gallardo, who with Ms. Beech was a semifinalist for the 2019 James Beard award for Best Chef: Northeast.

The restaurant is set to reopen its dining room on Friday night after a six-month hiatus, serving sweet plantains, pork tamales and lamb skewers in a bright, playful space that Ms. Perez-Gallardo calls “campy and kitsch.” It sells shirts emblazoned with the words “Tasting Good” and “Tasting Gay.”

“If there’s a way food is queer, it’s in being non-homogenous, in being lateral and multiple,” Ms. Perez-Gallardo said. “That’s also fully definitive of our space and ethos.”

The historian George Chauncey traces gay eating places in New York City back to the cheap urban dining halls that catered to unmarried workers in the late 19th century. In the 1920s and ’30s, the police often raided cafeterias like Horn & Hardart, where gay men gathered to “ridicule the dominant culture that ridiculed them, and construct an alternative culture,” as Mr. Chauncey writes in his book “Gay New York.”

In 1959, 10 years before the Stonewall riots, what historians consider the first queer uprising in modern America broke out at Cooper Donuts in Los Angeles, where L.G.B.T.Q. people pushed back against a police roundup by using coffee and doughnuts as projectiles.

In the 1980s, Florent was a refuge for gay New Yorkers during the worst years of AIDS. The owner, Florent Morellet, recalled in a recent interview that after learning he was H.I.V.-positive in 1987, he posted his T-cell counts on repurposed menu boards that faced the dining room — a coded message of solidarity to his customers.

“I have met many times people who said, ‘Florent, you don’t know me, but at that time I was positive and in the closet and didn’t tell anybody,’” said Mr. Morellet, 67. “They said, ‘When I came to your restaurant where you put your T-cell numbers on the board, I felt everything was OK.” He tried to say more, but choked up.

In Green Bay, Wis., Napalese Lounge and Grille looks as gay as a cheese curd. When straight couples bring children to the unpretentious brick building for chicken tenders on weekends, the place feels more like an Applebee’s than the Mineshaft.

Now almost 40, Naps, as regulars call it, is the oldest gay bar and restaurant in Green Bay, according to Arnold Pendergast, 61, who has owned it with his husband, Stacy Desotel, 56, since 2012. It’s where L.G.B.T.Q. locals gather for charity drag shows and to watch Packers games over baskets of fat and crispy beer-battered cod because it’s one of the few gay options in town. (You don’t hear “queer” much in Green Bay.)

Mr. Pendergast, who goes by Butch, calls his place “a comfort.”

“The prices are reasonable, and you can grab a burger or play Donkey Kong or cribbage,” he said.

Martha, who asked that her surname not appear in this article because she’s not entirely out as transgender, used to drive to Chicago “to avoid violence by people who lack any understanding of what it means to be transgender.”

She now hosts a monthly get-together at Naps for trans people from the region who she said “desperately need to be safe.” She is part of a group working to bring a new outdoor mural to Naps this summer that will herald it as an L.G.B.T.Q. space.

Jeremiah Moss, the author of “Vanishing New York,” said restaurants like Naps counter the notion that queer people “don’t need spaces anymore because we have the internet.”

“If the pandemic taught us anything, it’s that connecting digitally is not enough,” particularly for working-class gay people, he said, like those at Naps. “We need to be in spaces with each other because otherwise we don’t quite exist.”

If there’s a restaurant that points a way forward for queer dining, it’s Laziz Kitchen, in Salt Lake City. Moudi Sbeity founded the Mediterranean restaurant in 2017 with Derek Kitchen, then his husband, who was elected to the Utah State Senate a year later.

Mr. Sbeity, 33, prefers to call Laziz a queer, not gay, restaurant to signal “that we are inclusive in love.” The Pride flag flying outside is the redesigned version with stripes added for the trans community and people of color. The bathrooms are all-gender. A poster at the entrance welcomes refugees.

Not even red-state politics comes between a customer and Laziz’s grilled halloumi. “We’ve had plenty of people who support Trump and have worn Trump hats, and we don’t skip a beat in welcoming them in and offering them food and kindness,” said Mr. Sbeity, who grew up in Lebanon and moved to the United States in 2006.

Nan Seymour, a regular, swears by the hummus, beet and muhammara trio. She dines there often, sometimes with her trans daughter, and feels she should support the restaurant’s mission.

“The default in our current culture is cisnormative, heteronormative white supremacy, and it’s not safe for people who aren’t in those majority privileged groups,” said Ms. Seymour, her voice breaking. “It’s essential for us to know that we can be at a restaurant and not worry about how it will go for my daughter when she goes to the bathroom.”

Jen Jack Gieseking, an urban cultural geographer at the University of Kentucky, Lexington, said that like Laziz, future queer restaurants will be intersectional, especially about gender. Servers won’t assume pronouns. Men won’t necessarily be given the check.

“We’ll see more consideration for how to create an antiracism space,” said Mr. Gieseking, the author of “A Queer New York.” “People will consider who’s delivering your food and who made your food.”

“Not all of these restaurants will be great,” he added. “But they will be projects that make change, and that’s exciting.” 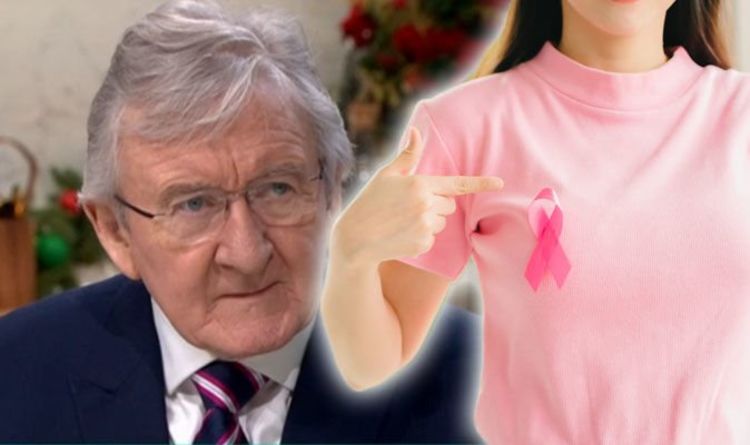 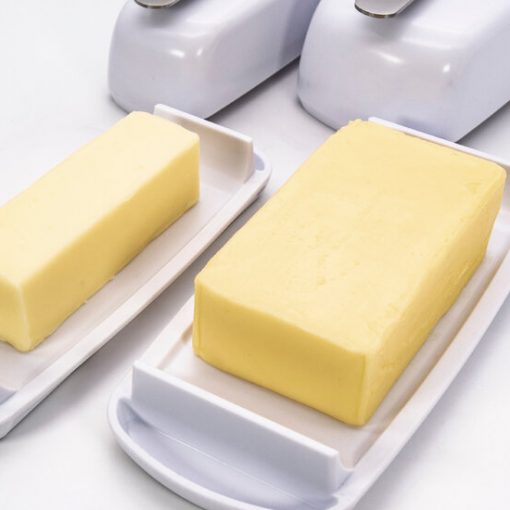 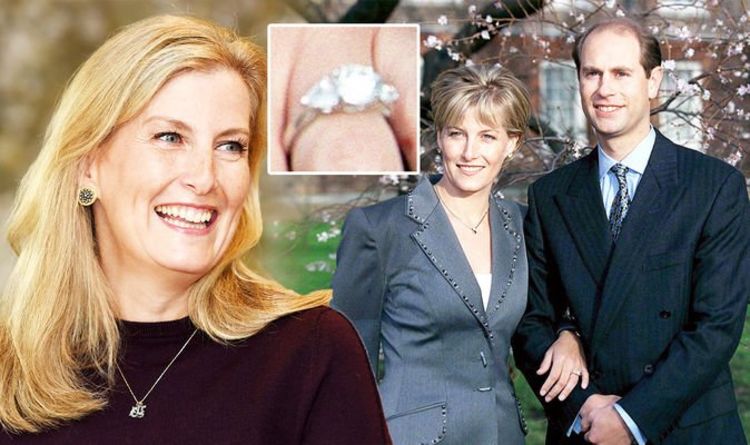 “Traditionally the three central diamonds are said to represent the couple’s past, present and future, making it a very romantic and meaningful […] 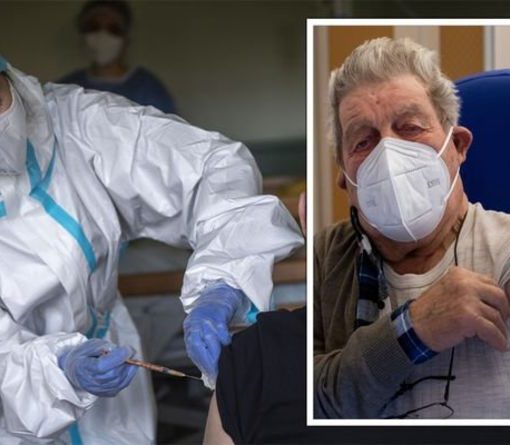 According to the paper, on July 11, 2021, a 41-year-old man from a small village in northern Lombardy began experiencing cough fever […]