(CNN) — The long-held dream of a successor to Concorde just got a little farther away as one of the major contenders in the race to build a supersonic passenger jet appears to have run out of financial fuel.

Aerion, based in Reno, Nevada, had been developing the AS2 (pictured top), an 8-12 passenger business jet capable of flying at 1,000 mph. However, the company announced on May 21 that “in the current financial environment, it has proven hugely challenging to close on the scheduled and necessary large new capital requirements to finalize the transition of the AS2 into production.”

It added that, “Given these conditions the Aerion Corporation is now taking the appropriate steps in consideration of this ongoing financial environment.”

US planemaker Aerion was building a new global HQ and campus in Florida for production of its supersonic AS2 business jet.

It’s a colossal disappointment to business travelers who had hoped to fly supersonically in the near future. What makes it all so shocking is that the AS2 was already at an advanced phase of development, having recently concluded high-speed wind tunnel testing, clocking up hundreds of flight hours — the equivalent of 78,000 nautical miles flown — at the ONERA French aerospace testing lab in Modane, France.

The AS2’s development was conceived of as a totally carbon-neutral endeavor, whereby Aerion used digital modeling techniques to save fuel and “negate the need for costly demonstrator aircraft and accelerate the program to the final stages of validation ahead of production.” Actual manufacture had been slated for 2023, with a plan to build 300 airplanes within a decade.

The AS2, said Aerion in an official statement, “meets all market, technical, regulatory and sustainability requirements, and the market for a new supersonic segment of general aviation has been validated with $11.2 billion in sales backlog.” The company also had the backing of Boeing — although the United States’ biggest planemaker currently has its own challenges to deal with, not least its 737 MAX woes.

As recently as this January CNN Travel reported on the roll out of Aerion’s new clean energy HQ, Aerion Park in Florida, designed to combine the company’s operations with a campus for research, design, build and maintenance of the company’s aircraft.

Ambitious plans for the Aerion AS3 were revealed in March 2021.

A setback for the jet set

All of this is certainly disheartening for the clientele of luxury jet operator Flexjet, the lead customer for the AS2, which had surely hoped to experience the thrill of breaking the sound barrier while shaving valuable minutes off business trips. Nevertheless, Flexjet’s chairman, Kenn Ricci, seems to be taking the news philosophically:

“Flexjet ordered its AS2’s from Aerion Supersonic in 2015 and the company has been a supporter of the program since then,” he says. “While we are disappointed to hear from the company that they are ceasing operations, we understand the vast investment required by such programs to bring them to fruition and the inherent risks involved.”

Meanwhile, Denver, Colorado-based Boom Supersonic is forging ahead with plans for its 65-88 passenger Overture jet, intended mainly for use on transoceanic routes and operating at over twice the speed of sound. This would cut the New York to London route to just three hours and 15 minutes.

The airplane’s flight test prototype, the XB-1, will be 100% carbon-neutral, the company claims, and is expected to make its maiden flight later this year in Mojave, California. If all goes to plan, the Overture is slated to take flight in 2026 and begin commercial operations by 2029.

The program has garnered backing from Japan Airlines with a strategic investment of $10 million and the option to purchase up to 20 Boom aircraft through a pre-order arrangement. Other backers include Bessemer Venture Partners, Prime Movers Lab and American Express Ventures.

Longer term, another supersonic player, Exosonic, is building a Mach 1.8 Presidential Jet with a 5,000 nautical mile range, decked out with luxury gizmos. White House incumbents, however, will have to wait until the mid-2030s before this “Air Force Two” takes to the skies.

But a question hovering over the aspiration to travel supersonically is: How much of a time-saving can be made when we factor in all the elements of the complete door-to-door journey, now that this includes extra time-consuming health procedures at airports?

IATA’s latest findings confirm that, at peak times, airport processing times have now ballooned to twice that of pre-Covid journeys, with traffic volumes still only at about 30 of pre-Covid 19 levels.

In the new age of ever-changing entry requirements, testing and quarantine rules, despite attempts to seamlessly help passengers collect and exhibit their health information at airport checkpoints using “vaccine passports.” What is actually emerging is a patchwork of digital options.

So far, of the 247 airlines that operate international scheduled services, 32 appear to have signed up to IATA’s Travel Pass, while similar initiatives such as the US Trusted Traveler Program, IBM’s Digital Health Pass, the World Economic Forum’s CommonPass and Ryanair’s Travel Wallet (a bolt-on to the carrier’s booking app), are all vying for the travelers’ health data. But with all these solutions a unified and coordinated linkage with the broader travel environment, such as ground transportation, hotels, restaurants, shops and entertainment venues, will be necessary in order to enable the traveler to optimize their trip once they reach their destination.

IATA’s findings now mean that the airborne segment of travel is just the central component within what is becoming a longer ordeal.

“Passengers, both business and leisure, have become more aware of the notion of journey time rather than just flight time,” Iain Gray, head of aeronautical engineering at Cranfield University, tells CNN Travel.

Early in his career, Gray led the European international team on what was called the European Supersonic Research Program, which worked on the design of the successor for Concorde.

“We were working with the Russians, the Japanese, the Americans, and the Europeans on Concorde’s potential replacement, an international effort at the time, and we put quite a lot of effort into the ‘fare elasticity model,’ looking at the premium people would pay for the benefit of flying supersonic.”

Gray’s team found only a small number of people who would “pay an awful lot of money for the privilege of reduced flight times.” And, today, the high cost of flying supersonically is not the only obstacle as ever more stringent environment objectives come into play.

“The challenges around the environment are escalating with every year that goes by, so every time supersonic technology catches up with what the environmental targets of today are, the goalposts have moved,” says Gray. He points out that even flying over water, new supersonic plane-makers will have to consider such things as the impact of sonic booms on marine life, in addition to taking account of CO2 and the noise disturbance to the human populations when flying over land

But Gray also points out that aviation economics can change dramatically too.

“People would not have imagined 25 years ago that low-cost subsonic carriers would be able to offer fares that are cheaper than the cost to park your car at the airport,” he says. “So it’s foolish to say that [affordable] supersonic flight would never ever happen, but for the moment there are escalating challenges. The technical solutions are there, but they’re expensive.”

Meanwhile, economics is also of course a challenge for today’s aviation, let alone tomorrow’s, with global passenger numbers not expected to recover to pre-Covid levels until 2023.

And conventional flight is going to get pricier, at least while social distancing, less frequent flight schedules, and extra airport procedures remain the norm. Assuming that health verification could likely become a long-term (if not permanent) feature of air travel — just as extra security measures have become, post 9/11 — the time-saving benefits of supersonic flight need further scrutiny.

“Future business travel levels are still an unknown, but needs may be different, and demand will emerge over a period of years. Business travelers have always valued speed and the ability to land at the destination and be immediately productive, whether with business jets or more comfortable commercial aircraft experiences. Supersonic aircraft build on that desire and value.”

Schmidt adds that even with stronger views on sustainability looming, “aircraft developers seem to be rising to that challenge as well since they are able to work from clean sheet designs. This is a long-term play with aircraft anticipated to be certificated in late 2020s and 2030s, so it is certainly a big bet as aircraft developers are betting on the business traveler’s desire for speed and the ability to hit the ground running to remain intact.”

“That,” he concludes, “has fueled business jet and commercial aviation offerings innovation for the past few decades and there does not seem to be a reason for our current travel pause to change that in the long term.”

While the remaining supersonic contenders duke it out to bring faster jets to market, private jet operators are doing their best to address the business traveler’s appetite for speed with aircraft that are as close to the sound barrier as they can be without actually breaking it, which poses all kinds of environmental issues.

“There is no doubt that supersonic and hypersonic aircraft will change the landscape of aviation once they are available to the public,” Ian Moore, chief commercial officer at VistaJet, tells CNN Travel.

A private suite on board the Global 7500.

Malta-based VistaJet, which offers access to private jets on a “tailored flight hour subscription plan,” has been ramping up its fleet of Bombardier Global 7500 aircraft which are capable of a top speed of 852 kilometers per hour, or Mach 0.925 — virtually the fastest subsonic speed an airplane can fly at.

“We will continue to invest in our infrastructure and global fleet. At the beginning of April VistaJet took delivery of the Global 7500, as the first to offer this ground-breaking aircraft to the commercial marketplace, with more to come later this year,” says Moore.

He adds, “The Bombardier Global 7500 has changed the game with its record-breaking speed, industry-leading range, and jet lag-reducing features. Until now, there has not been any major speed-up in travel times since the Jet Age of the ’50s and ’60s.” 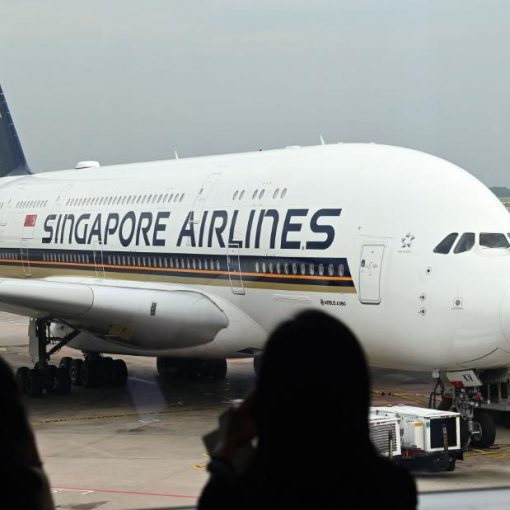 (CNN) — The Airbus A380 is designed for long-haul flying, thanks to its hefty size and famously quiet inflight experience. But come […] 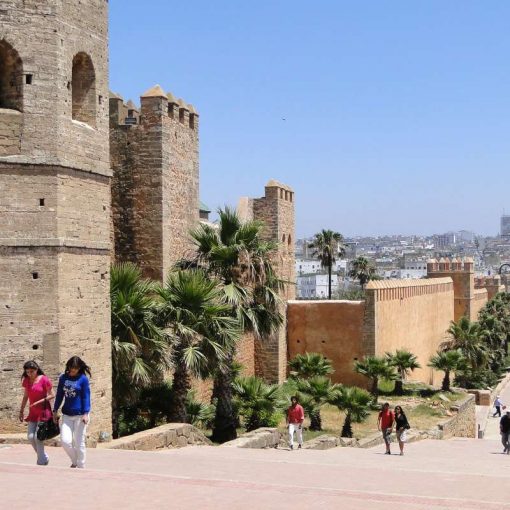 The popular holiday hotspot in western North Africa, Morocco, has banned direct flights to and from the UK, Germany and The Netherlands […] 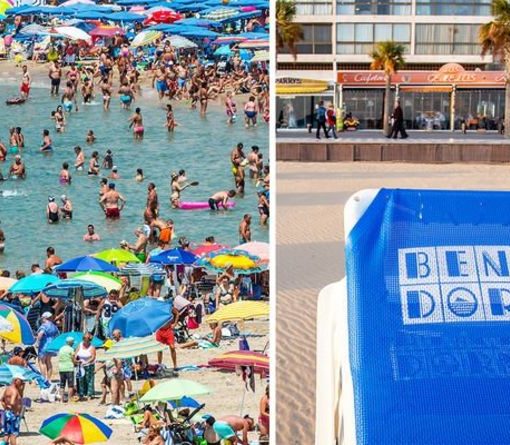 Benidorm holidays are well known for offering up the hallowed trio of sun, sea and sangria – just the tonic many British […] 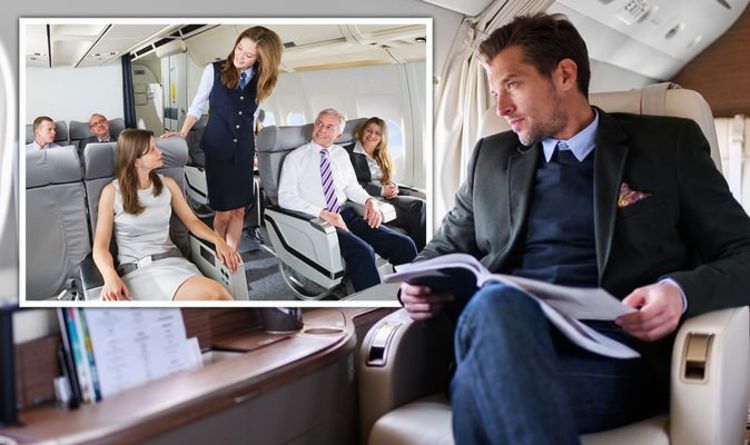 This approach does come with a warning, however. “During these uncertain travel-times – it’s better to avoid the smaller OTA’s,” cautioned Skip. […]