Ole Gunnar Solskjaer declared Manchester United’s season was unsuccessful after his team “didn’t turn up” for their Europa League final against Villarreal.

United were beaten 11-10 in a remarkable penalty shootout that featured 21 converted spot-kicks before goalkeeper David de Gea’s final attempt was saved by his opposite number, Gerónimo Rulli. His stop ensured United’s four-year wait for silverware continues and brought Villarreal their first trophy from their first major final. It also made Unai Emery the most decorated coach in the competition with four triumphs.

Solskjaer admitted his side had fallen short against a team that finished seventh in La Liga this season, but now enter the Champions League as the Europa League winners. “We didn’t turn up, we didn’t play as well as we can,” the United manager said. “We started all right; they got the goal with their only shot on target, and we’re disappointed to concede again on a set-piece.

“We pushed, we pressed, we got the goal, but after that we couldn’t control the game. They made it hard for us. We didn’t create enough big chances. Now is not the time to discuss what I might have done differently, but when you go home without a trophy you haven’t done everything right.”

Having finished runners-up in both the Premier League and Europa League, the United manager accepted the season can not be considered a success.

He added: “No, it’s not a successful season of course. That’s the fine margins in football. Sometimes one kick can decide if a season is successful or not. There has been improvement, yes, we were second in the league and nobody really expected that after the start we had and the lack of pre-season.

“The boys have been really good but just came up short tonight on penalties. Trophies matter and that’s what matters at this club, so no (it has not been a successful season).”

Solskjaer revealed he considered replacing De Gea for the penalty shootout with the Spanish goalkeeper having failed to save the last 35 spot-kicks he has faced, the Europa League final included.

“You go through every scenario,” he said. “It had crossed my mind in the buildup to the game but we were confident in David. Anything can happen in a penalty shootout and I went with the keeper who had played the whole game.”

The United manager also defended his lack of substitutions during the match. Emery switched five players in normal time while Solskjaer took until the 100th minute before making his first change when replacing Mason Greenwood with Fred.

He explained: “We had players out there, like Mason and Marcus [Rashford] who are match-winners. Bruno [Fernandes] and Edinson [Cavani] can create anything, Scott McTominay was the best player on the pitch and we had Paul [Pogba]. It was difficult to make that change when Fred had been injured for a week. But we couldn’t create enough chances. We needed to play our way into the box quicker.”

Dylan Hartley in a jam again, the headlines might have read this week after the England captain was invited to tread a […] 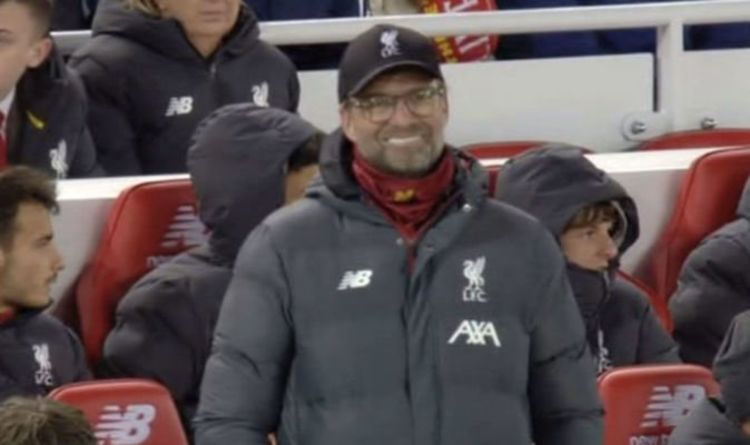 Liverpool boss Jurgen Klopp was spotted laughing after Arsenal’s third goal at Anfield. The Reds are hosting the Gunners in the fourth […]

At some point Arsenal may tire of lurching from famine to feast and offer their supporters a square meal. That day could […]